Mark Visser: tackling Jaws is all in the mind

Mark Visser may well be one of the world’s pre-eminent experts on fear. Yet, if you examined his exploits, you’d find it hard to believe he even knows what the word means. 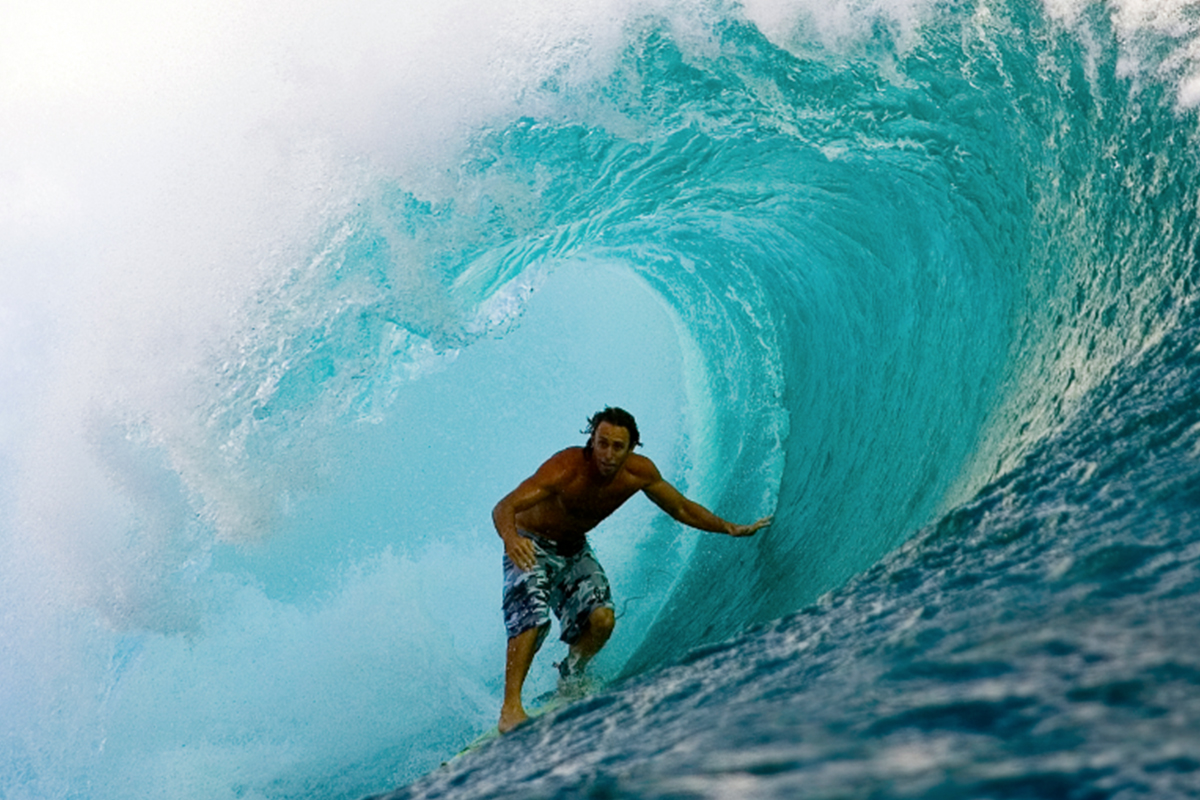 Surely, no one afflicted with a common, normal or sensible sense of fear would even consider surfing the world’s biggest wave – a 60-foot-tall monster off Hawaii known as Jaws – let alone do so at night. Yet, that’s exactly what Mark Visser, 36, did back in 2011.

Yes, he can hold his breath for more than six minutes, and he’s surfed enormous walls of water before – often parachuting out of low-flying planes onto them – but how was he not traumatised by terror?

The answer is that Visser has made fear – facing it, examining it, mastering it – his whole life, and now makes his living by teaching everyone from billionaire businessmen to surfing champ Kelly Slater and professional AFL players how to deal with high-stress situations.

Fortunately, being able to hold your breath for multiple minutes is not essential for taking part in the Ocean Warrior courses he holds.

“It doesn’t matter if you’re being obliterated by a 60-foot white water that’s physically smashing the sh*t out of you or if you’re dealing with a stream of crazy numbers and huge decisions at work, it’s your neural system that’s coping with that. So it’s all about the ability of the mind to stay calm and process information at the same time,” Visser explains.

His own relationship with fear and big-wave surfing has an unusual back story. Visser fell into a sheep trough at the age of three and was saved from drowning by his brother, who pulled him out by the hair. When the family moved to the Sunshine Coast, his ingrained, inherent fear of water meant that he didn’t even attempt surfing until the age of 10. Even once he became proficient, he wouldn’t chase waves if the water was more than waist deep.

“Even when I got good enough to compete and I went on the surfing tour, I still had that fear there, and I wanted to wipe that out, so I would seek out scary situations to see if I could be comfortable in them,” he recalls.

“Even when I started surfing these big-wave spots, I wasn’t doing it easy. I was feeling the pressure a lot more than other people were; they spoke about it being no big deal, but for me it was.

“It was only recently that I came to see how obvious it was that I was trying to prove to that inner child that I wasn’t afraid any more. That’s why I was going to those lengths to prove to myself that I was over it, and once I did that surf of Jaws at night, it was like the weight finally lifted off me.” 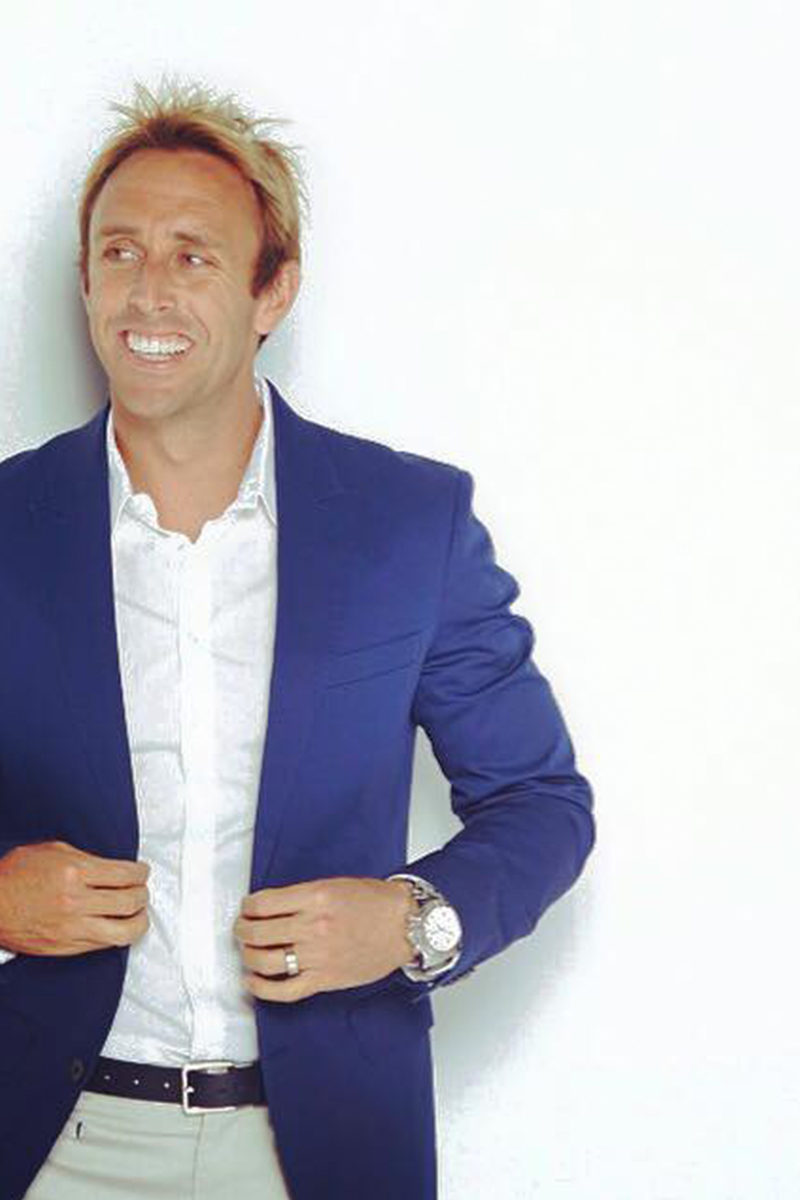 At that point, Visser finally realised how “crazy” it was that he’d almost killed himself just to conquer fear and he set out to see if there might have been an easier way. He spent the next few years studying the way people deal with high-stress situations – from free divers and military men to indigenous tribesmen in Indonesia and neurologists in India.

“I was trying to piece together what I saw and all the scientific, factual stuff I could find about how fear works, and then I would go and put myself in scary situations – like jumping off a jet ski into a big wave at Jaws, without a board – to see what works,” explains Visser, sounding entirely crazy despite insisting that he’s not.

“It was about using the mental and physical skills I’ve learned to be able to be totally calm in a situation where normally I’d be terrified.

“And once I’d learned what worked, I wanted to teach others about what’s going on with them in high-stress, high-anxiety situations, and how to deal with that, and that’s when I started working with people like Kelly Slater, who obviously doesn’t need help with his surfing. It’s all about the mental side.”

Individual coaching of sportsmen and businessmen led to whole teams, like the Richmond AFL club, and then to his Ocean Warrior and Elite Mindset courses, which you can take online or in person at one of his exclusive two-day retreats.

These events have become hugely popular with CEOs and other high-performing business people, and involve work on breathing, mindfulness and challenging yourself under water.

“It was about using the mental and physical skills I’ve learned to be able to be totally calm in a situation where normally I’d be terrified,” – Mark Visser

“I call it a ‘big wave themed’ event, because that was my background, but it’s all done in the pool. We’ve had people who can’t swim, others who don’t want to even stick their heads under the water, and by the end of the course they’re swimming two lengths of a pool under water and they’re so excited. It’s just hugely rewarding to see,” Visser says.

“Really what it’s about, particularly for corporates and CEOs who have multiple intense things coming at them every day, is learning how to deal with that by not getting too far ahead, by being able to process and stay in the now, because you won’t get to that next task if you buckle at the first one.

“Anyone in a situation like that, their body is going into turmoil. They’re building up anxiety and stress. It’s all about the ability of the mind to stay calm, and to process that stress and information at the same time. 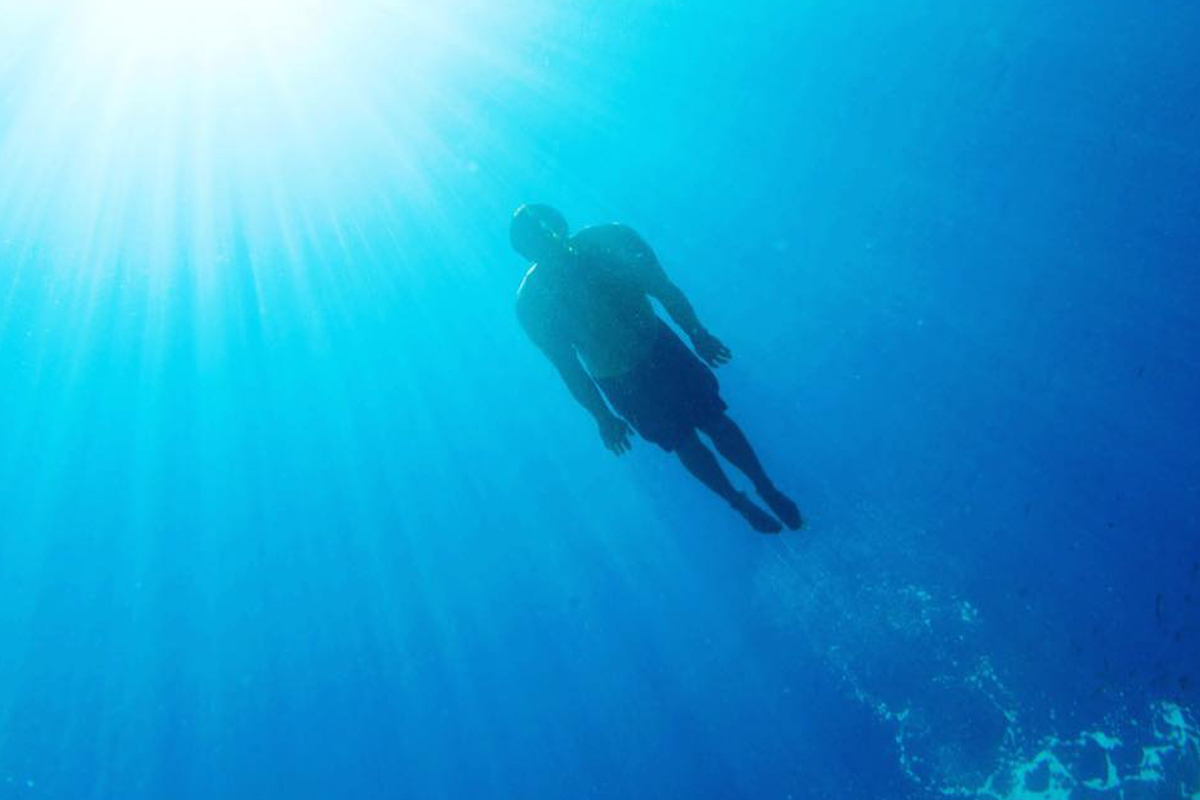 “The motto we have is wanting people to win on all levels, versus win at all costs, and there’s a really big difference between those two things.”

Now that Visser has conquered his fears, he’s not about to give up doing things other people find terrifying. And he still finds time to chase “the really big waves” a few times a year.

“It’s a really beautiful thing to keep practising what I preach, and I really enjoy now when the fear comes up, knowing how quickly I can come back to a state of happiness in those situations,” he says. “These days it’s less for the bravado, like, ‘Yeah I did that.’ Now it’s more that I understand why I’m doing it.

“It’s almost like I’ve just started to grow up.”