There are now three forms of evangelists, and the roles of prophet, ambassador, influencer and resident thinker are gaining traction by the day. What would a multivariate analyst make of it? Best to ask the scrum master, says Adam Courtenay. 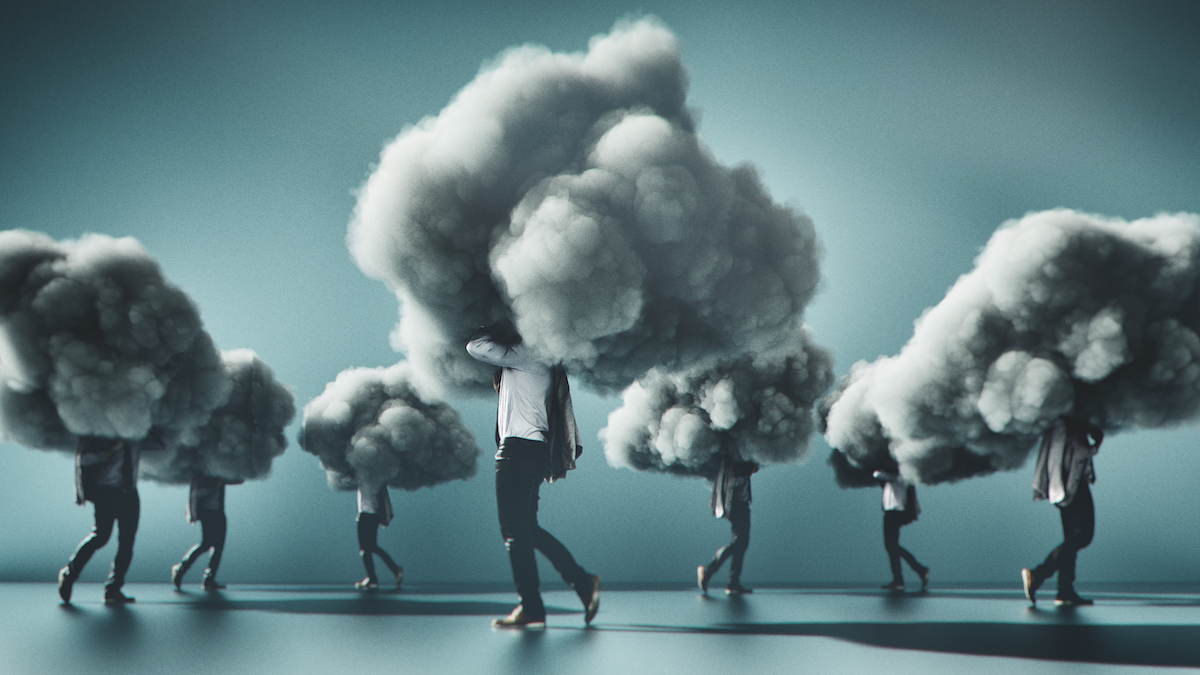 July 2019: and you’re hobnobbing with some impressive people with interesting job titles at a chic dinner party. On your left is a scrum master and across the table, a sales evangelist, a digital prophet and a customer delight officer.

Move around the table and you might be lucky enough to meet a multivariate analyst and a brand ambassador who doubles as a ‘director of doing’. You end up talking to a curator of something you can’t quite understand – it’s related to technology, not museums.

Confused? The scrum master promises not to ruck or maul you. Basically, she’s the team leader of a new tech project. So she’s a new tech project manager? Not at all. It’s all about ‘agile methodology’ and her team lives extremely agile values and principles.

By now you might be feeling like the dinosaur in residence, but you’re not alone. As technology seeps more deeply into management roles, titles have become progressively more abstruse.

“Anyone who doesn’t know what a multivariate analyst is had better go back to management school,” says Martin Moore, co-founder of Your CEO Mentor, tongue firmly in cheek.

Moore, the former chief of Queensland-based electricity generation company CS Energy, believes titles are now out of control. “Multivariate denotes ‘special, ‘elite’ and ‘intellectually superior’,” he says. “It’s the thin edge of the wedge. Titles will become more self-aggrandising and less intuitive as time goes on.”

What do the social commentators say? Asked about the new jobs, demographer and author Bernard Salt rolls his eyes. “Chief disruption officer. Ideation executive. Thinker in residence… and all the while good honest jobs like fitter and turner are falling by the wayside.”

Hugh Mackay, author and founder of the influential Ipsos Mackay Report, says research managers in marketing companies are now ‘managers – consumer insights’. “Well, we hope so, but research is how they get there. Insights don’t just happen,” Mackay says.

What is a scrum master?

A scrum master is the facilitator for an agile development team and becoming one is a recognised qualification. Scrum is a methodology that allows a team to self-organise and make changes quickly, in accordance with agile principles. The scrum master manages the process for how information is exchanged.

It’s an example of what psychologists call magical thinking, says Mackay, believing that if we think it (or label it) it will be true. “Of course we want creative directors to tell stories and encourage their audience to dream dreams, but that’s the desired outcome – not the job title – and it’s not the only thing they do. Just ask them.”

Jon Tanner, co-founder of global technology recruitment and advisory firm the MitchelLake Group, says there have been ‘entrepreneurs in residence’ around the venture capital community and in corporate incubators for years.

“It’s the IT version of a coach for new ventures, someone who has been there and done that,” he says. He mentions the rise of slightly more mundane titles such as ‘head of growth’, ‘chief experience officer’ and ‘chief content officer’. For obvious reasons, the CDO (chief data officer) is also rapidly climbing the titles chart.

“Chief experience officer is a nod to the fact that customer experience expectations are being reset by new entrants to all markets,” Tanner explains. “This is a key battleground for incumbent industry leaders. We’re talking retailers versus Amazon, banks versus OFX, Uber versus taxi companies.”

Tanner, whose knowledge of the digital and start-up world is prolific, does see the crazy side of it. “There are lots of tech roles incorporating ninja, wizard, master and guru,” he laughs. “But I did draw the line recently when I heard that someone was named the ‘head of wild digital’.”

Moore, who specialises in mentoring executives into CEO roles, says the problem with so many titles is their lack of clarity, some of them so unclear that people outside the organisation have no idea who they’re dealing with.

“So many of these titles won’t tell you who has decision-making rights, power and reach within an organisation,” Moore says. “For a supplier, it can make business less efficient because more work is being done just to find out where the buying centre is when trying to sell to a company.” 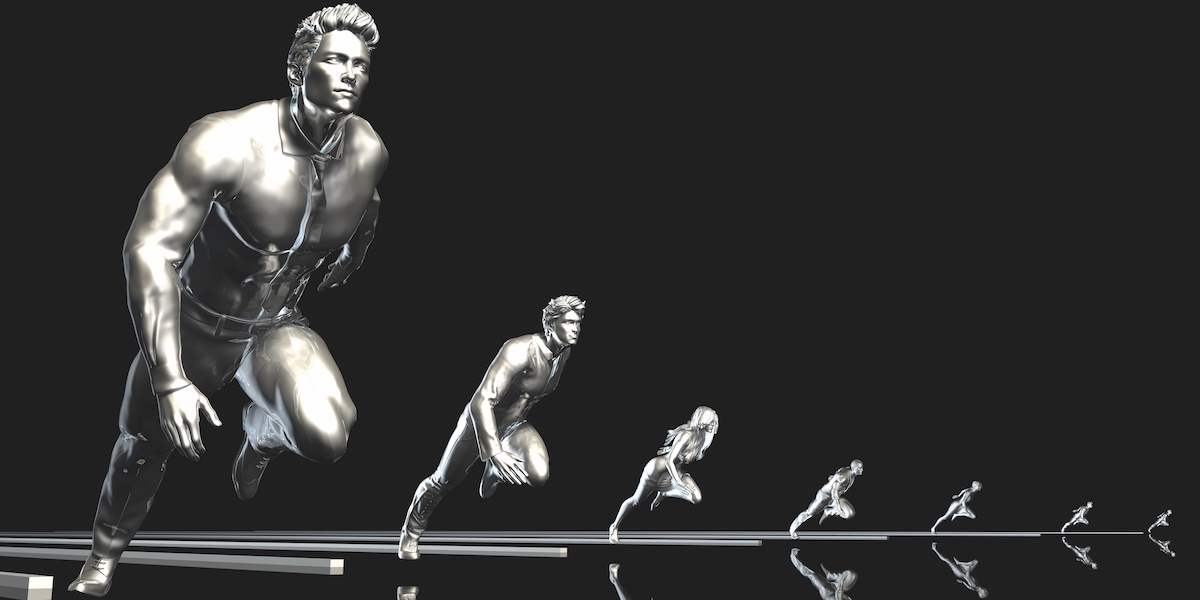 So we asked a real-life evangelist what he thought. Jay Munro, Employer Insights Strategist and Product Evangelist at international job listings giant Indeed, is quick to defend the ‘scrum master’ title: “It’s an actual certification,” he points out.

What about his own title? He admits that when first given the title ‘evangelist’ it was considered a tad pretentious. “When I was introduced to clients and third parties they all laughed,” he says. “I was mocked a fair bit.”

He is far more comfortable with it now. The complexity of the tech and data worlds demands new roles for those who can interpret and influence outsiders. “It’s also about keeping an eye on what’s happening in the industry – and maybe influencing some change,” he explains.

All the same, he agrees some of these newfangled names confuse. Munro says often they make perfect sense to one company but are lost on others. This company may advertise for a position to the outside world, not realising it’s not industry standard. Other companies may be having trouble attracting the best talent and think a creative title might appear appealing.

“We tell clients to put themselves in the shoes of someone looking for a job, and think about what they’ll be typing in as search terms,” Munro says. “Nobody is going to type product evangelist or ideation originator or thinker in residence,” he says.

Both Munro and Moore agree that clarity in a role is essential. Moore says it’s important for suppliers, Munro that it’s imperative in the job search. “The problem is there aren’t any standards here,” says Moore, referring to such titles as ‘chief customer experience officer’, ‘chief customer success officer’ and ‘chief customer delight officer’.

“How do they delight the customer? Take them to the footy? But in all seriousness, are they the first port of call for new customers?”

Munro knows that his title isn’t going away anytime soon, given that product, sales and technology evangelist roles are now proliferating. “There will be thousands of us one day,” he prophesies.

At least other recondite roles are falling by the wayside. “We’re seeing fewer roles for gurus, ninjas and rockstars,” Munro laughs. “I think we can safely say they’re not coming back.”