Three easy steps to take your business to the next level

Inspiring business women are shining a light on the golden keys to creating a stand-out brand. Making connections has never been easier. With the touch of a button, you can instantly connect with visionaries anywhere on Earth – and it’s this not-so-secret tool that’s helping the best leaders take their success to great new heights.

Everyone from entrepreneurs to seasoned executives share a disruptive mindset and an unrelenting drive to always achieve. However it’s their networking ability that truly sets them apart. After all, it’s not always what you know, but who.

Having spent the past two decades building a global network through coffee dates, Powerful Steps Founder Tory Archbold celebrated the Power of Connection with an intimate group of Australia’s top entrepreneurs and executives at the idyllic Boathouse in Sydney’s exclusive Rose Bay.

Opening up her own black book to champion others, Archbold invited the talented people she’s met along the highway of life – all through authentic connections.

As the balmy sun shone without a cloud in the sky and yachts bobbed on the azure horizon, guests mingled on the harbourside deck creating new professional relationships.

While the inaugural luncheon created a trusting space for women to support women, it was the guest speakers who uplifted everyone with their fearless business journeys.

Sarah Di Lorenzo, clinical nutritionist and author of The 10:10 Diet; Samantha Brett, Naked Sundays Founder and CEO; and The CEO Magazine Co-Founder Anna Dutton are among the 100 influential women Archbold has interviewed on her podcast, Powerful Stories, and now they’ve shared their inspiring wisdom in person during a long-awaited luncheon.

Health is your wealth

Quite simply, without you there is no business. It may seem like an obvious statement, but all too often entrepreneurs and leaders become swept away with the daily grind, forgetting what truly matters most – their health.

Health and mindset will make or break the best leaders, but when you’re in your best health physically and mentally, you’ll shine in your career.

Wanting to overhaul the health of others and set them up to live their best lives, Di Lorenzo wrote a book called The 10:10 Diet , which quickly soared to the number one bestsellers’ list, is completely sold out and has been sent to the UK.

As a clinical nutritionist, Di Lorenzo revealed one of the worst things sabotaging your success is your sleep.

“If you sleep well, life is so much easier,” she shared. “When you don’t sleep, you’ll have three or four barista coffees – there’s 400 calories, then you’ll have a salad for lunch because you’re being good, but then you’ll reach for the lolly snakes in the office at 3pm. Next, you’ll go home, you’ll be tired and irritable so you’ll have a few glasses of wine, then you’ll sleep badly and the day starts all over again.”

Instead of falling into a bad cycle, you have to bring your health to the front of your mind, drink lots of water, exercise four times a week for 45 minutes, and limit alcohol to one or two days a week. But Di Lorenzo believes if you are going to drink alcohol, opt for the healthier choices – like Champagne or tequila.

“Finding time for yourself once a week to do something you love is also really important,” she shared at the luncheon. “Whether it’s a massage, a walk, cutting off from technology – you need to do something for you every week to keep you going, because the more you take care of yourself, the more longevity you’ll have in your journey.”

And since research says it takes 66 days to form a habit, you’re really only 66 days from the best version of yourself.

When Anna Dutton co-founded The CEO Magazine 17 years ago, she had no idea it would flourish into a global business publication spanning 37 countries with 250,000-plus monthly readers worldwide. In fact, the magazine almost never happened.

“If we weren’t going to co-found a magazine, it was going to be a restaurant because that’s another passion of mine – but I’m glad we chose the magazine,” she candidly shares.

Having worn a number of different hats when the publication was in its early days, Dutton says she had to put her trust in others when the business started flourishing, although it wasn’t easy. 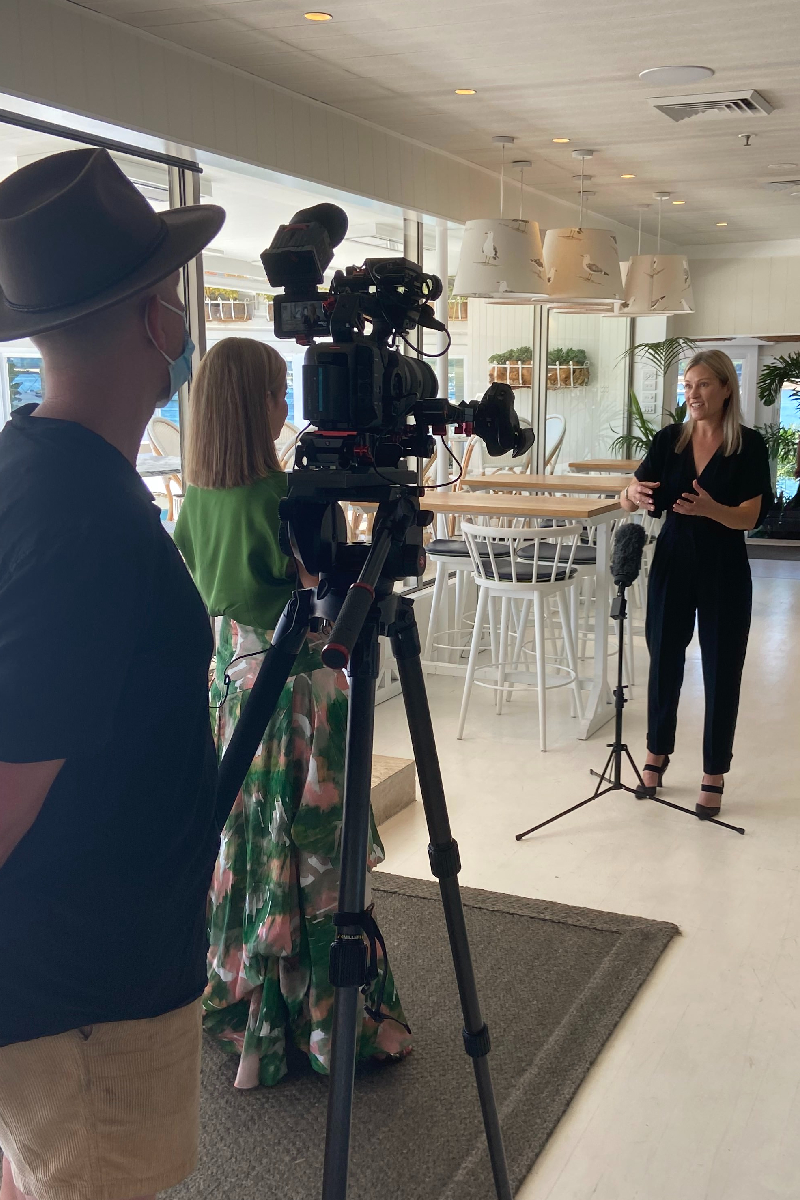 “Giving myself permission to let go was really, really hard,” she said. “It was growing very quickly and the hardest thing was letting go of the reins to let other people in.

“But you need to open yourself up and have that confidence in yourself to find those people and be open with them, otherwise you won’t build those connections. If you can be absolutely authentic and show yourself as a human being, then you will attract like-minded people.”

While much of the corporate world is male dominated, Dutton is working to champion women in the C-suite, which includes recognising exceptional leaders at The CEO Magazine’s 2022 Executive of the Year Awards, like Toll Global Express CEO Christine Holgate.

Having interviewed hundreds of thousands of the world’s most talented and innovative leaders, some of the most common traits among successful female leaders are qualities every executive can embrace.

“Trust comes up time and time again,” Dutton said. “You need to trust your team, then your team will trust you and then they can build amazing things.

“Going hand in hand with trust is being humble. You need to understand what people’s weaknesses are as well as their strengths. Once you understand, you can build your team around you by filling those gaps and empowering people in those roles – that’s when the magic happens.

“Lastly, compassion. If a leader can understand that the people they’re working with are all human as well, then they will build that trust, loyalty and respect.”

If anyone knows how to hustle, it’s Samantha Brett.

At just 19 years old she audaciously moved to New York City, US, to start her media career at Fox News. Noticing how all the New Yorkers loved talking about their dating lives, Brett cold-called the Sydney Morning Herald back in Australia, pitching her idea to write a dating column.

“They said, ‘Who are you?’ and hung up,” Brett shared at the luncheon. “I called them every single week and every single month for six months and eventually they answered the phone and said, ‘Alright, you can start on Monday; just stop calling us.’ So I started on Monday.”

For six years, Brett wrote a column five days a week, which turned into six books and international speaking gigs. Shortly after, she self-published a coffee table book on game-changing women while working as a news reporter, which coincidentally featured the last interview Megan Markle ever did before world news broke that the actress was dating Prince Harry. 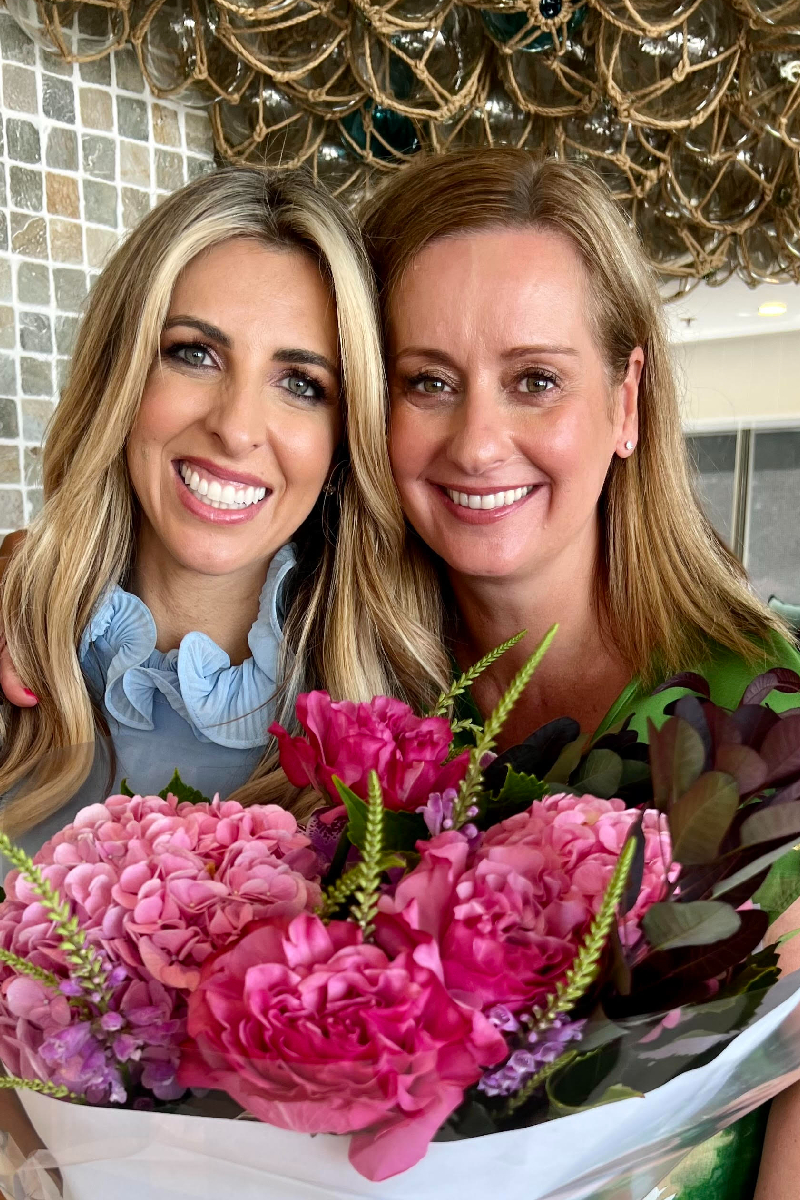 Not one to slow down, Brett founded Naked Sundays during the pandemic – a sell-out million-dollar sunscreen business set to launch in the US and the UK, all the while working on breakfast television. So how exactly does she do it?

“I have a sense of urgency with everything I do and it fuels the next urgency,” Brett said. “There’s always something more to do. I live by this urgency.

“For nine months of the business, I’d get up at 3am, go to work at 4am, do the news until 10am and work on the business until midnight. I don’t advise it. It’s unhealthy, but the time is now, and I say that to myself every day.

“The time is now. People are buying their Sundays now; they may not be in six months, so if I don’t work on it now, I’ll miss my opportunity.”

Finding a gap in the market for a sunscreen that could be spritzed over heavy make-up, Brett was constantly knocked back by manufacturers saying it was impossible, but she didn’t give up – and the numbers speak for themselves.

“We’re constantly sold out. We can’t keep it in stock,” she said. “When we launched in Mecca, we sold out three months worth of stock in 24 hours.

“When these little ideas spark in my mind – we all have this moment where we think it’s not going to work, but I keep going and they do eventuate. I have this belief, what’s the worst that can happen, and I can then strive for the next thing.”

If you want to be part of the next Power of Connection luncheon, join the Powerful Steps community for upcoming details.