The CEO Magazine caught up with Seth Godin – bestselling author, keynote speaker, marketing blogger and, above all, a teacher – to talk leadership and making a difference. 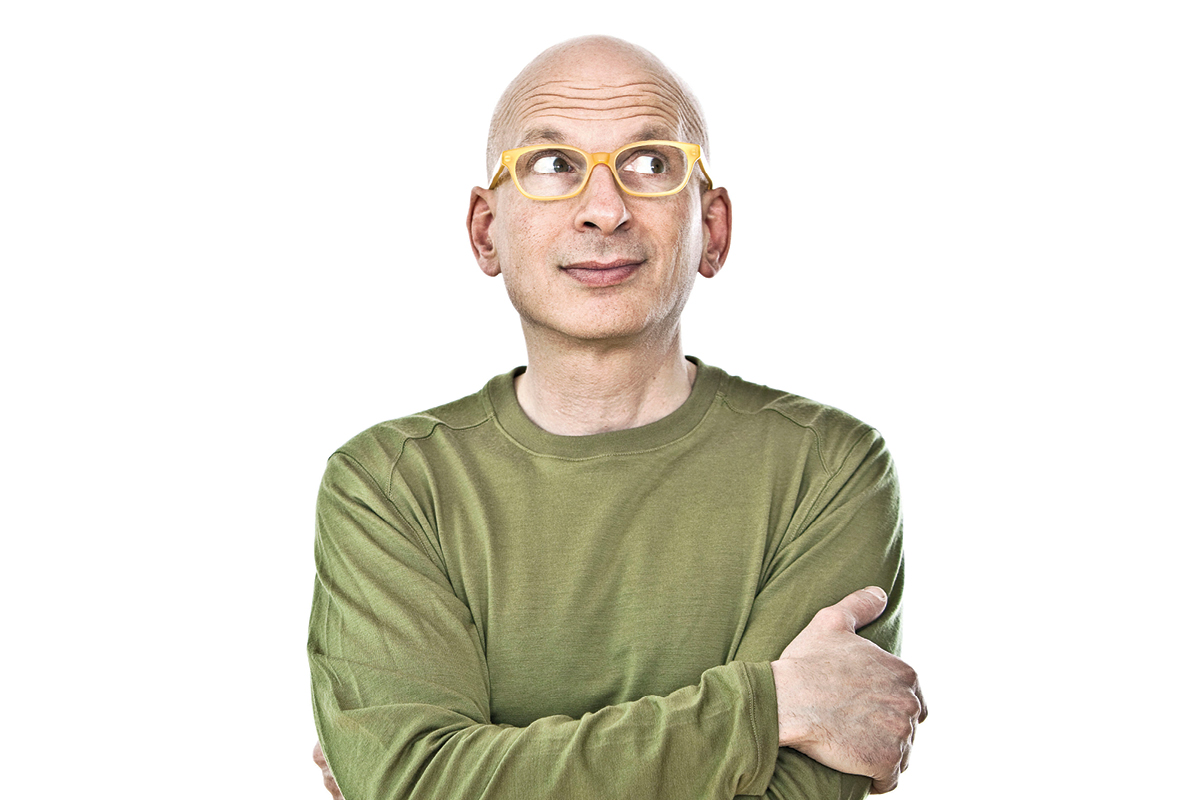 What led you down the entrepreneur path?

I started my first company when I was 14 and the next one when I was 16. And I never wanted to make money doing it, I just liked solving interesting problems. Anytime I had a real job working for someone else I felt like I was in prison. I knew the only way I could survive was if I was my own boss.

How would you define a good leader?

A good leader begins by being a good person. But, everyone should be a good person, so let’s add the leader part on top. The leader seeks to go to new places and seeks involvement for people who want to go with them. That combination is key. To see that it is a voluntary action and to be able to describe the possibility of a better future. If you do that and you do it as a good human, for the community, then I think you are a good leader.

What role do you believe business should play in making a difference to the world?

We’re here to increase community value, and if capitalism and public markets are taking that away, we should stop them. CEOs make short-term decisions and justify them based on pressure from the market. The CEO who is willing to play the long game is doing the right thing. And the CEO who is giving in to short-term pressures is not being a leader, they are just doing the easy thing.

Looking to the future, what gets you excited?

It feels like in any given news cycle, we are in big trouble and it’s all over. I think that is a problem with the news cycle and not the world. The world is safer than it has been in the history of mankind and with more access to more education… What are we going to do with it?

What makes me excited is the thought that 10 million or 100 million or a billion previously disenfranchised people will speak up for generosity. If that happens, the sky’s the limit. On the other hand, if the voices of control, scarcity and greed win, then I don’t think it’s going to be good.

How do you think we can inspire the next generation of businesspeople?

The only thing that changes the world is culture. It always has, that’s the only thing – not money, not government, but culture. So, we have to create a culture where the way to be popular, and the way to fit in, and the way to feel good is to do the right thing. Fortunately, the younger generations have had that mindset. The question is, do we have enough young people and will the old people get out of the way so that we can do the right thing?

It’s not about you, there’s somebody else in the room.

I’ve failed more than most people. And I think the biggest lesson is, if I fail more than you, we both win. I think that failing is hyperbolised by our society. The goal is not to play it safe, the goal is to make a contribution and to fail along
the way.

What’s next for you?

I’m trying to dedicate as much time as I can to online education to figure out how to do it effectively. And the altMBA [Seth’s intensive four-week online workshop] is the most effective thing I’ve ever built, and The Marketing Seminar is right next to it. So if I can figure out how to add a zero to those projects, I think I can make a real impact.

The CEO Magazine spoke to Seth at Nordic Business Forum 2018. For more information and future dates of this inspiring conference and networking event, visit nbforum.com