Unconquered: 5 things CEOs can learn from the Invictus Games

The Invictus Games headed to Sydney this year, showcasing an inspiring display of camaraderie. Find out what lessons you can take away from the wounded warriors. 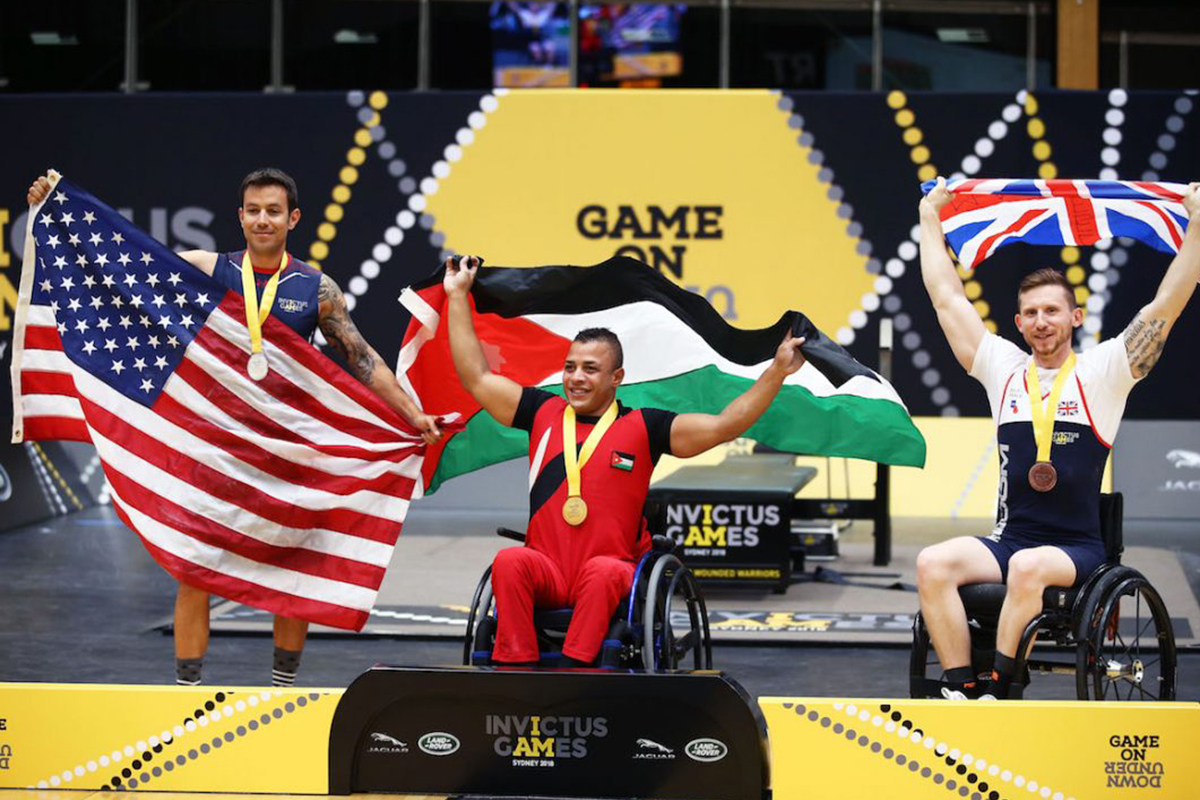 HRH Prince Harry, the Duke of Sussex, launched the Invictus Games in 2014 after he was inspired by the Warrior Games the year before.

The Warrior Games – a sporting event held in the US for ill, wounded and injured service men and women from the US, UK and Canada – is designed to enhance rehabilitation and recovery through adaptive sports. While attending, Prince Harry (who himself served in the British Army for 10 years) witnessed the positive impact this had on the competitors.

Moved by the way these service men and women kept motivated to compete and how they challenged the concept of disability, Prince Harry decided to take the idea to the UK and thus, The Invictus Games were born.

Invictus means ‘unconquered’ in Latin and refers to the overarching message of the ‘wounded warriors’ who compete in the games. Competitors are either active duty or veteran service members who were wounded, injured or ill during any point of their service; impacted by anything from amputations and multiple sclerosis to post traumatic stress disorder (PTSD).

Adaptive sports resemble standard sports but have modified rules and equipment to better meet the needs of competitors.

The inaugural event was hosted at the Queen Elizabeth Olympic Park, and included more than 400 competitors from 13 countries. It has since been held in Orlando, Florida and Toronto, Canada, before making its way to Sydney, Australia on 20-27 October 2018.

Around 500 competitors from 18 countries will compete in 11 sports including archery, athletics, powerlifting, indoor rowing, road cycling, swimming and wheelchair basketball.

Here are the biggest takeaways from the event:

The Invictus Games reflect the spirit of support, not only from family and friends but from other team members and spectators from around the world. During the wheelchair tennis match between US team members Austin Chance Field and Brian Williams, and the Unconquered team made up of UK competitor Paul Guest and Edwin Vermetten from the Netherlands, play was interrupted by the sound of a helicopter flying overhead.

This triggered and visibly affected Paul, who has suffered from PTSD. His teammate Edwin rushed to comfort him and they put their foreheads together in a moment that left spectators in tears.

Edwin revealed after the match that he sang the theme song to the Disney film Frozen to comfort Paul. “I took him by the face and said ‘Look at me. We are a team so let it go,” Edwin said. “Look into my eyes and sing the ‘Frozen’ song, and we did. For him, this was the moment he let go, and he did, he literally let it all go.”

The Unconquered team won the match in the end. 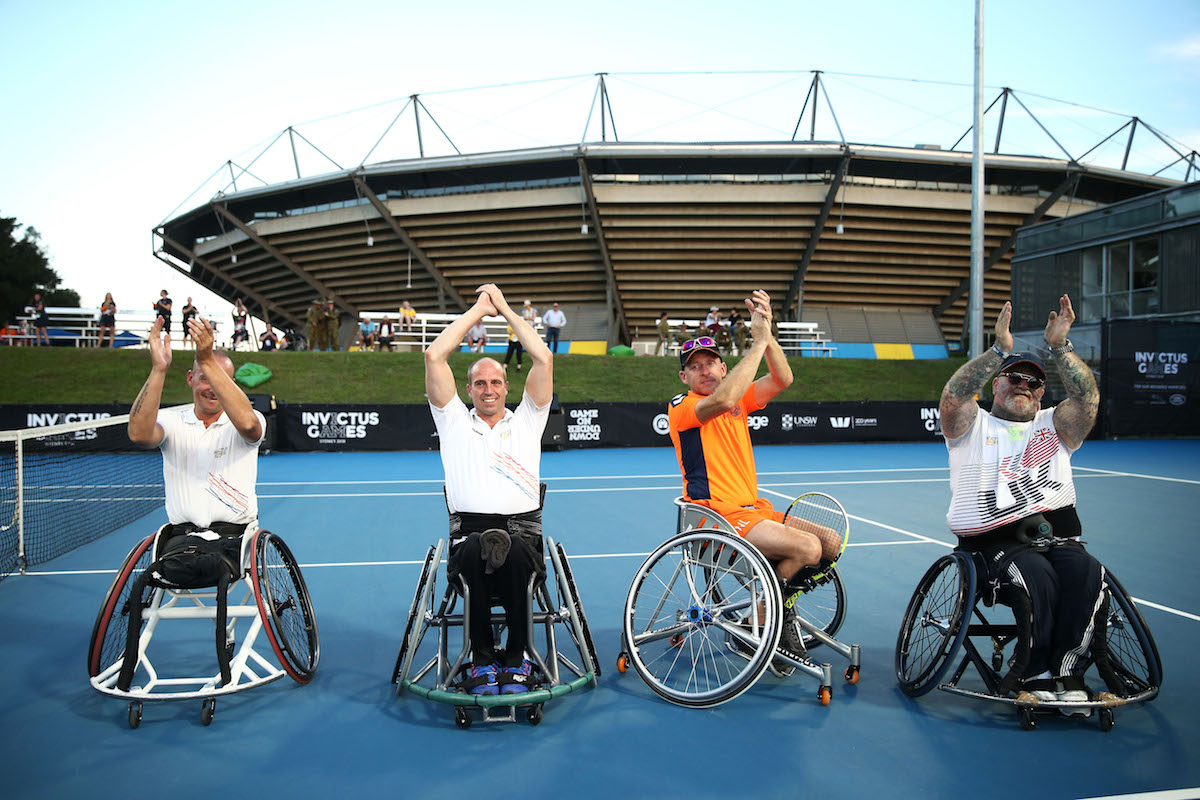 For CEOs: Be open to help and support your workers when you notice they are struggling. Some workers may not always seek help but knowing that senior leadership is open to hearing about any issues is important.

Don’t be hampered by adversity

Watching the games, it is incredible to see the feats the competitors are achieving post injury. UK swimming competitor Mark Ormrod was deployed in Iraq in 2003 and Afghanistan in 2007. When returning from a foot patrol on Christmas Eve, he stood on a landmine. This year he competed in the Invictus Games. “Everyone needs goals and directions,” Mark said. “The first time I went into a pool post injuries I nearly drowned.”

Dave Innes, a former Paratrooper in the Canadian Airborne Regiment, was paralysed from the ribs down after the two-tonne truck he and his crew travelled in struck black ice, veered off a cliff and flipped twice. This year he competed in indoor rowing and powerlifting, and will compete in wheelchair basketball.

For CEOs: If you encounter a setback, don’t give up. Keep working toward your goal. 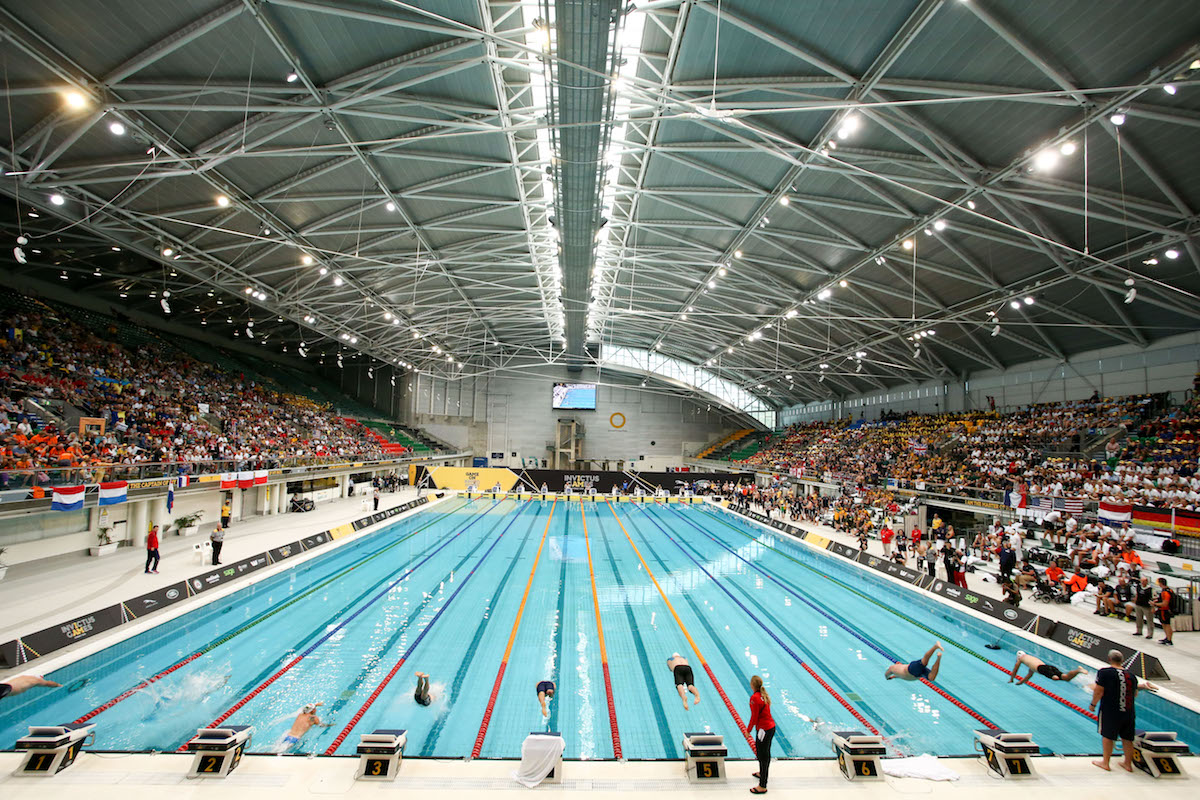 Don’t underestimate people with a disability

According to the World Health Organization, 15% of the world’s population has a disability.

US swimming competitor Raina Marie Hockenberry said, “Too often people look at us and think we need pity, or they think we are made of glass. Here, you forget all about your PTs, your injuries and you just compete and it’s awesome.”

For CEOs: The Australian Human Rights Commission highlighted the obstacles to employment for people with disabilities which include inaccessible work environments, lack of access to training and education, misconceptions, discrimination and stigma. Consider creating a more inclusive environment for people with disabilities and implementing workplace adjustments to be more accommodating.

It takes a team

The Invictus Games is a chance for service men and women to come together, not in combat but to work together toward recovery. And watching them cheer each other on is both uplifting and encouraging.
Individuals are sometimes put on teams with members from other countries and it means they have to work together. For wheelchair rugby, the Polish team partnered with the Canadians to become team Unconquered.

“We’re still getting used to each other, it’s two different languages and we’ve only really had two days, and it takes a bit of time,” Canadian competitor Dean Irvine, said. “But an international team coming up against other teams that are international, that’s pretty cool.”

For CEOs: There is much that can be gained from working with people from different backgrounds. Workplace diversity and inclusion can increase productivity and performance in a workplace. 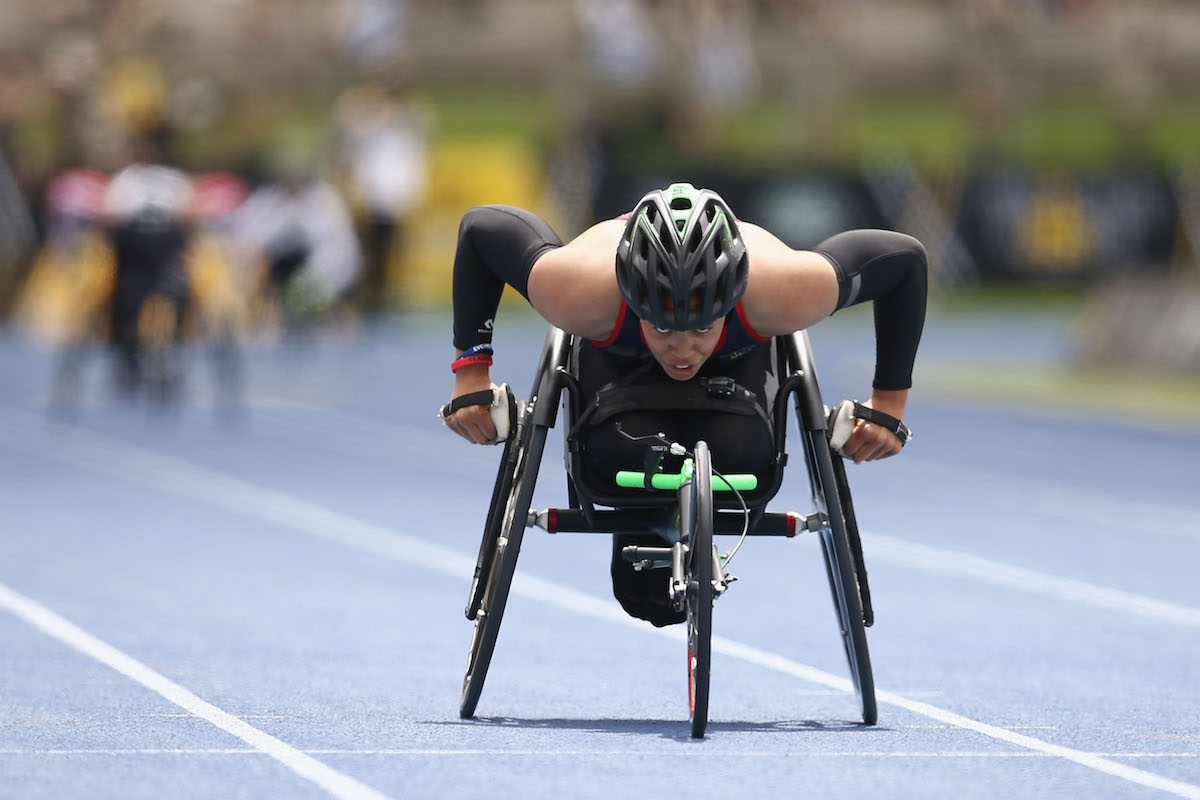 Polish wheelchair rugby competitor Janusz Raczy said the games motivated him to try something new. “This is something rare, something awesome. And this is a new sport for me too. I’ve never … played rugby on the wheelchairs and now I’m learning.”

For CEOs: Learn something new that can enhance your own personal development and could lead to a positive change in the company.

Find out the link between sport and business