If you work in finance, you could work at one of the most female-friendly companies in the US. 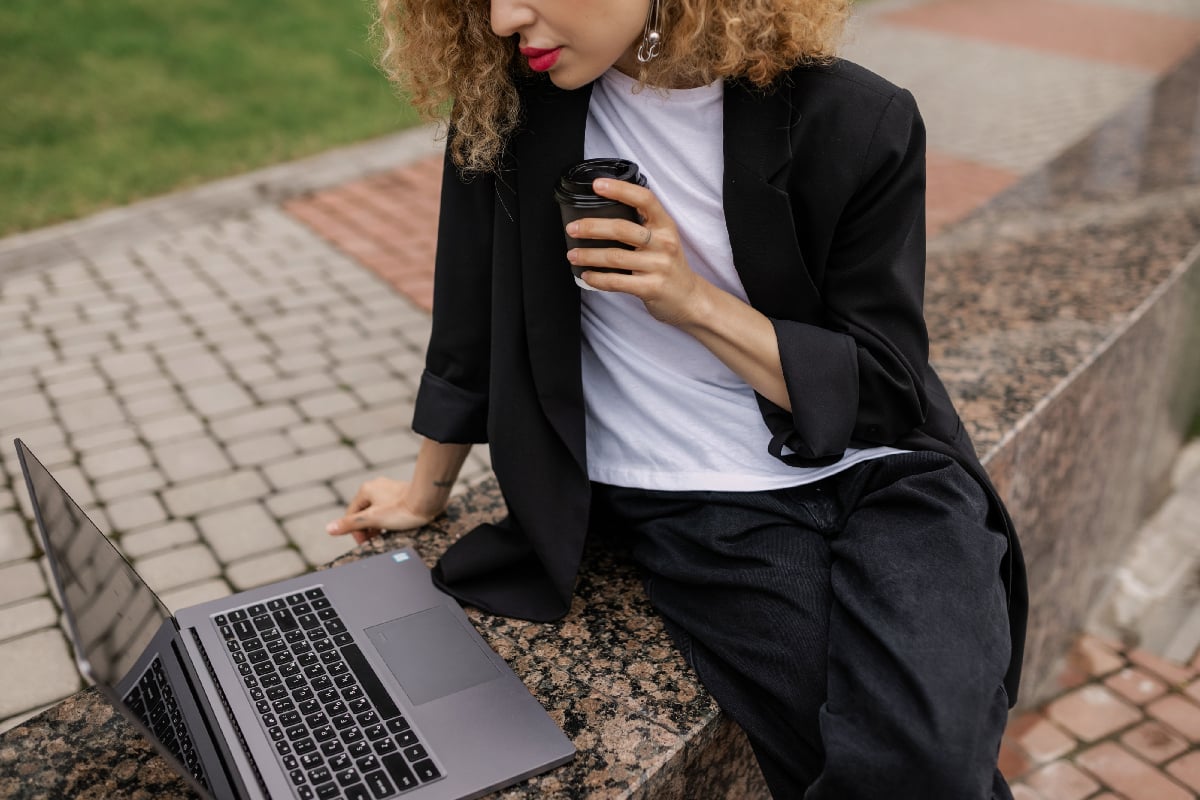 If the global pandemic was to teach us anything – aside from the importance of singing ‘Happy Birthday’ twice for the ultimate COVID-killing handwash and the unprecedented value of social distancing – it was the newly found appeal of flexible workplaces.

Driving the mainstream uptake of remote work, companies worldwide have had to embrace the unique working situations. And if a business isn’t offering a flexible work–life option, there’s every chance it’s experiencing the effects of the Great Resignation.

In the US, resignations peaked in April this year and have remained high. In July, four million Americans quit their jobs with a record-breaking 10.9 million job vacancies advertised by the end of the same month, according to Harvard Business Review.

On top of that, women made up less than half of the global labour workforce in 2020, representing just 46.9 per cent. In 1990, the figure was startlingly higher at 51 per cent.

So which are the best companies for women to work for?

In a survey of more than 5.6 million employees across the US, Fortune (alongside research partner Great Place to Work) unveiled its annual list of the Best Workplaces for Women for 2021.

Chatbooks – a company that creates photo books – was ranked the top workplace for women in the small and medium category, followed by skincare brand Curology and consulting firm Bitwise Industries.

Measuring how women feel about their workplace compared to men’s reports of the same company, the greatest businesses in the US for women may come as a surprise.

One of the most iconic luxury hospitality brands in the world doubles as the best workplace for women.

Of its 45,297 US employees, 52 per cent are women. However, earlier this year, the company announced it was planning to increase gender and ethnic diversity in leadership roles, committing to achieve global gender parity and 25 per cent ethnic diversity at corporate leadership levels in the US by 2027.

Hilton Worldwide has also paid great attention to diversity and inclusion internationally. In March, the brand launched a seven-month project to empower women through hospitality skills in Sri Lanka.

Following the esteemed hospitality franchise is American Express, which landed in second place.

Last year the company also committed US$2.5 million to the 100 for 100 program, which invests in the future of black women entrepreneurs in the US.

Named the third best workplace for women, Bank of America is the second bank to rank among the leading companies.

Women make up 50 per cent of its global workforce with female leaders representing 32 per cent of the global management team. Since 2015, the big bank has seen a 24 per cent increase in women across executive and senior level management roles.

In September 2021, the corporation promoted three women to senior leadership roles – with some claiming it was one of the biggest management shake-ups since the financial crisis.

Adding to the leading list of companies within the finance sector, 60 per cent of employees at New American Funding are women.

Jumping six positions from last year, 2021 marks the fifth consecutive year the mortgage lender has been recognised in the large companies category.

“We celebrate our talented women whose contributions are invaluable in creating an environment of mutual respect for each individual and continued support where everyone can thrive,” says Patty Arvielo, New American Funding Co-Founder and President.

With 43,023 employees in the US at Progressive Insurance, a marvellous 56 per cent are women.

While the insurance leaders have newly appointed Chief Marketing Officer Remi Kent, the company is no stranger to pioneering equality.

In 2018, Progressive Insurance became the only company listed in Fortune 500 with a female CEO, Tricia Griffith, and a female Chair, Lawton Fitt.

The company may have ranked sixth on the US list, but it leads with one of the highest numbers of women. More than 67 per cent of Pinnacle Financial Partners is represented by women, according to Fortune.

“For the last 21 years, we have been focused on our vision to be the best place to work and our mission to enrich all associates personally, professionally and financially,” says Sarae Janes Lewis, Pinnacle Financial Partners Director of Associate and Client Experience. “Two-thirds of our associates are women, and they make up more than half of our managers.

“We can fulfill our vision only by creating the best place to work for all and enriching our associates with fairness across the board, no matter who they are.”

The New York-based software company was ranked seventh for 2021, maintaining its position from last year.

Despite software and tech being a notoriously tough industry for women due to the lack of gender diversity, women reportedly make up 79 per cent of Noom’s management non-executive roles as well as 58 per cent of the executive and manager positions.

“Noom is very welcoming to diverse backgrounds. I love working here and feel accepted for who I am. I feel that I am treated with respect and integrity,” employees told Fortune .

Women make up 64 per cent of the banking and credit services company, landing it on the esteemed list for the seventh successive year.

Of PrimeLending’s officers, 56 per cent are women.

“We’re committed to providing an inclusive workplace where everyone feels welcome and valued, and we continually look for ways we can empower each employee to achieve their fullest potential,” says Steve Thompson, PrimeLending President and CEO.

A champion for women in tech, Cisco is a vibrant supporter of female leadership in what is typically a male-dominated industry.

History was made at the company when Cisco India named Daisy Chittilapilly as its new President for India and South Asia – the first female to hold the position since its operations in India began in 1995.

Earlier in the year, Cisco promoted three women to the leadership team including the new COO Maria Martinez, who also serves on a number of boards.

The prestigious hospitality organisation is the second luxury hotel company to make the list.

While it has been described by employees as a workplace that “truly cares” about its people and “goes above and beyond” for its staff, there aren’t huge numbers of women in the C-suite.

Of the management team, 30 per cent are women while the board of directors has two female executives.