When Zina Bencheikh, the Regional General Manager at Intrepid Travel, identified that local women were missing out on the opportunities created by Morocco’s tourism boom, she made it her mission to bring them onboard. 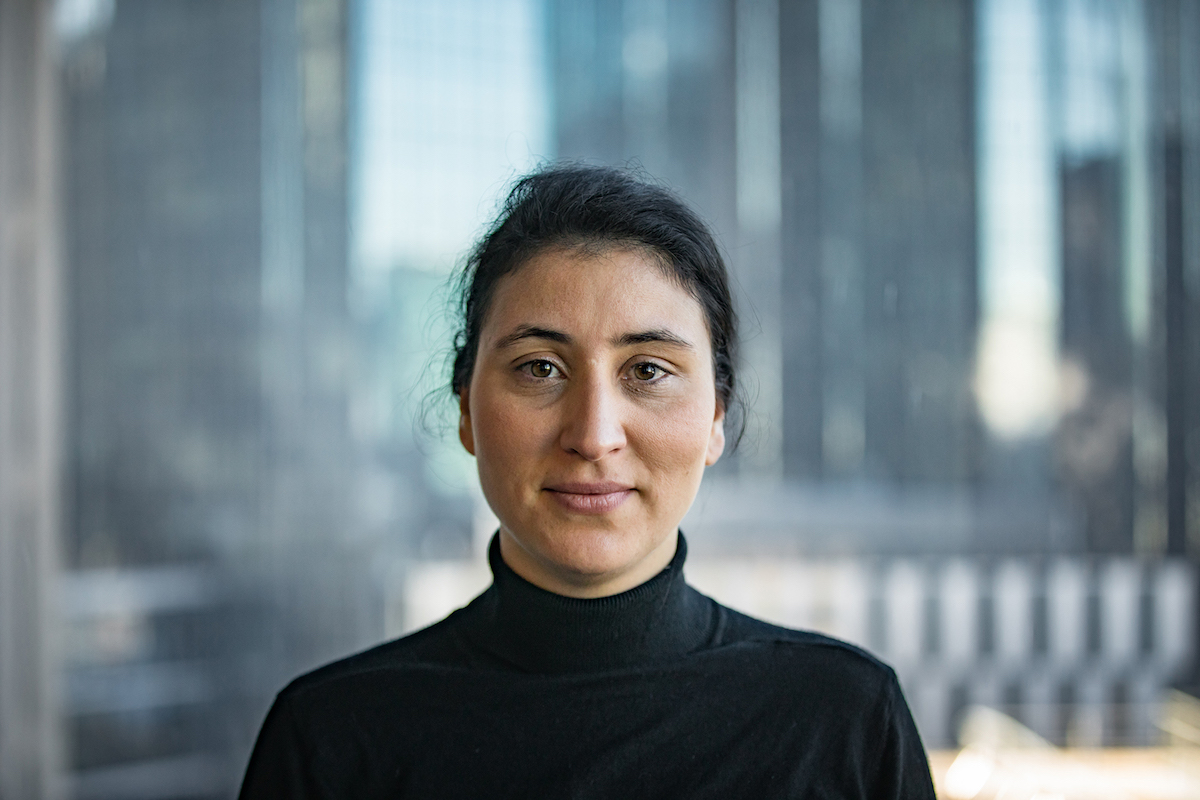 Morocco is a heavily patriarchal society. Only 25% of the nation’s workforce are women and 80% of females in rural areas are illiterate, explains Zina Bencheikh, Intrepid Travel Regional General Manager.

When Zina identified that many local women were missing out on the opportunities created by Morocco’s tourism boom, she made it her duty to encourage and support them.

Such an undertaking would come in the form of training the women to be tour leaders and championing female entrepreneurs by contracting them as suppliers. “At the beginning of 2017, Intrepid in Morocco had no female tour leaders,” she says.

“Tour leading wasn’t seen as a suitable job for women in Morocco, but I took on the Moroccan Ministry of Tourism to challenge its view on this.

“As a result, in 2018 the Ministry issued new tour guide licenses to females for the first time in 10 years. Intrepid now has the highest number of female leaders in Morocco.”

This move has significantly contributed to Intrepid’s broader business goal of doubling the number of tour leaders by 2020. Zina says, “In March 2017 we had 153 female tour leaders and as of June this year I am proud to say we have 314, which means we reached our goal six months early.”

Zina has been crucial in helping to develop new product ranges for Intrepid – all while continuing to raise awareness of gender equality throughout Morocco. “On International Women’s Day 2018, Intrepid launched a range of Women’s Expeditions in the Middle East, which became one of the company’s fastest-selling ranges in its 30-year history,” she says.

Adding, “Notably in Morocco, these tours allow us to work with local women, developing their skills and providing them with jobs.”

“Tour leading wasn’t seen as a suitable job for women in Morocco, but I took on the Moroccan Ministry of Tourism to challenge its view on this.”

While the numbers are promising, there is still a long way to go to reach gender parity within the tour leading and tourism industries in Morocco. 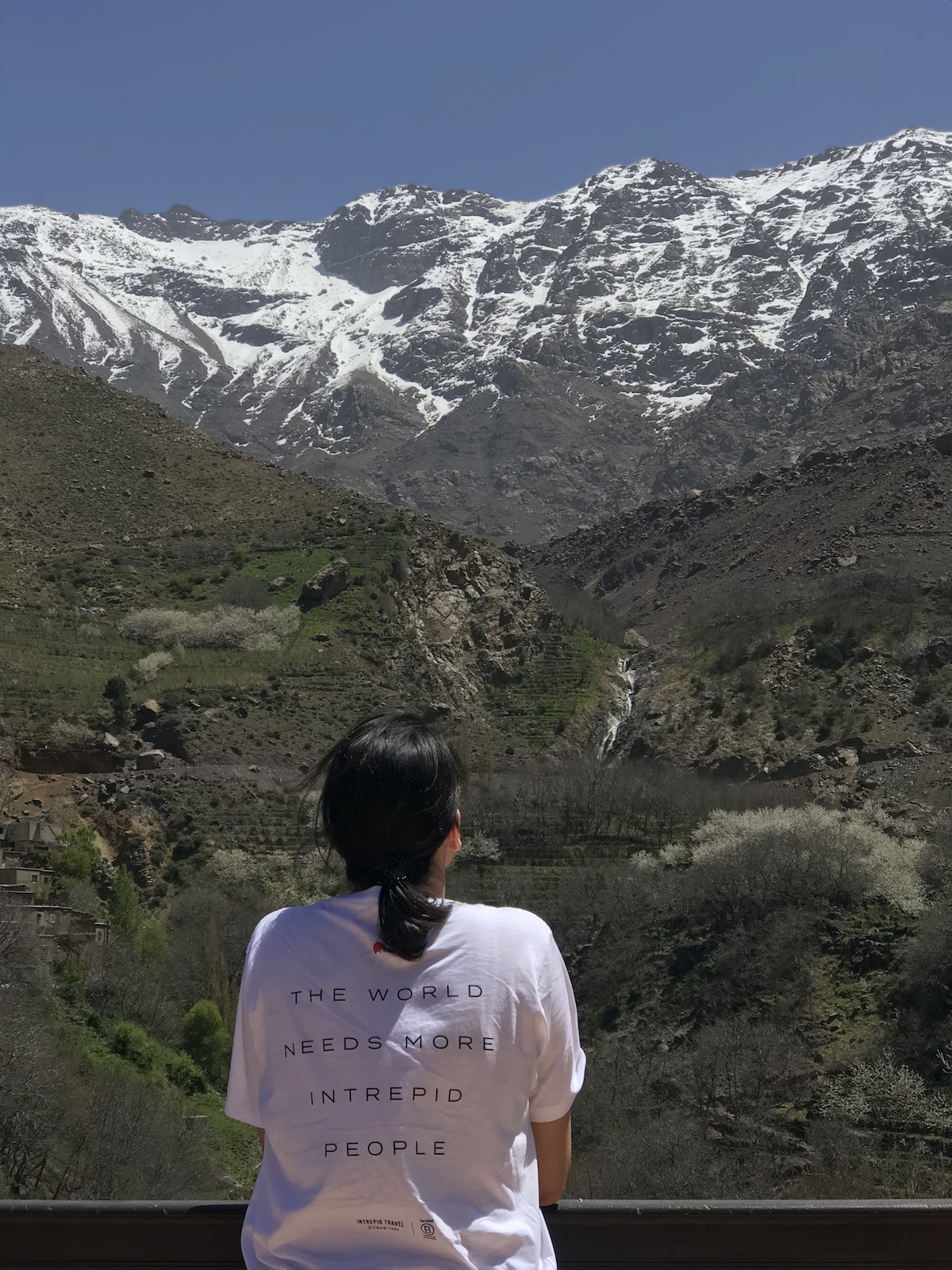 “We’re currently working on finding the next generation of female tour leaders, especially in rural areas, by partnering with Education for All,” she says. “This not-for-profit provides boarding houses for girls in rural areas to help ensure they get an education. Importantly, it will provide them with the support they need to learn English – an essential skill in tour leading.”

Morocco has also recently appointed its first female Minister of Tourism, Nadia Fettah Alaoui, bringing hope for a change of direction and priority. Zina is optimistic. “I believe Morocco will benefit from having a new female role model to look up to,” she says.

Zina has been at the forefront of growing the business throughout Europe, the Middle East and North America. She says the company has increased by over 40% year-on-year.

“Contributing to this is the work done in the sustainable travel space, with Intrepid achieving B-Corp accreditation in August 2018.”

Travel has always been a passion for Zina. Born in Morocco, she got her first taste of going abroad at the age of one, when her parents moved to Canada. She’s also lived in the UK and France. “I’ve always dreamed of working in travel,” Zina says.

“I took a somewhat unconventional path to get here, as I come from a corporate finance background. I was just a 26-year-old when I returned to Morocco to work with Intrepid as Finance Manager. I don’t know many companies in Morocco who would have taken that risk.”

“I believe that travel opens people’s minds and creates tolerance among people from different cultures.”

Nine years on and Zina is still here, challenging norms and fighting for what’s right. Having encountered many trials in her professional career, she says the biggest has been facing gender discrimination in Morocco – which continues to be a daily battle.

“Not in my office or with my current team, but in dealing with stakeholders external to the team I have assembled,” she explains. “Being the only female General Manager of a large travel company in Morocco, I have struggled with people’s perception that I wasn’t in my place. I’ve often felt I had to work twice as hard as (white) men to prove I deserved this leadership position.”

Zina has also struggled with the public perception that a woman can’t combine responsibilities and family duties. “If you are good at your job as a woman, that meant you must be terrible as a mother or a wife.”

But this isn’t something that will hinder her fight. She adds, “I believe that travel opens people’s minds and creates tolerance.”