How a simple hashtag is bringing hope to drought-ravaged businesses

What a difference a hashtag can make – how the #buyfromthebush movement is helping drought-stricken rural communities this Christmas. It’s amazing the difference a hashtag can make. For drought-ravaged rural communities in Australia, a simple initiative is making a big impact and offering something that hasn’t been felt in a long time – hope.

On Wednesday, 16 October 2019, Grace Brennan, a mum of three from Warren, NSW, created the #buyfromthebush Facebook and Instagram pages. She shared her first post the next day. The public response was immediate. In less than two weeks, with help from many friends, the #buyfromthebush movement has attracted 50,000 followers – a number that is growing by the hour. Small rural businesses and retailers have been brought to tears, floored by support and literally swamped with much-needed orders.

The beauty of #buyfromthebush is in its simplicity. Social media accounts showcase beautiful boutiques and unique wares available from drought-stricken areas in the country. The goal is to provide a way for people in cities to do their Christmas shopping through bush businesses and, by doing so, support their country kin who are doing it tough.

Make a difference and #buyfromthebush

Country businesses and retailers rely largely on farming communities to keep them afloat. However, most farming families in drought regions are cash-poor and many others are being forced to leave their communities to seek work. The ripple effects of the drought run deep in rural communities and impact so many more people than just those on the land.

With just one hashtag, Australians can connect with the reality of the drought and understand the long-term economic and emotional impact on towns and communities. More importantly, it has given people an easy way to help. 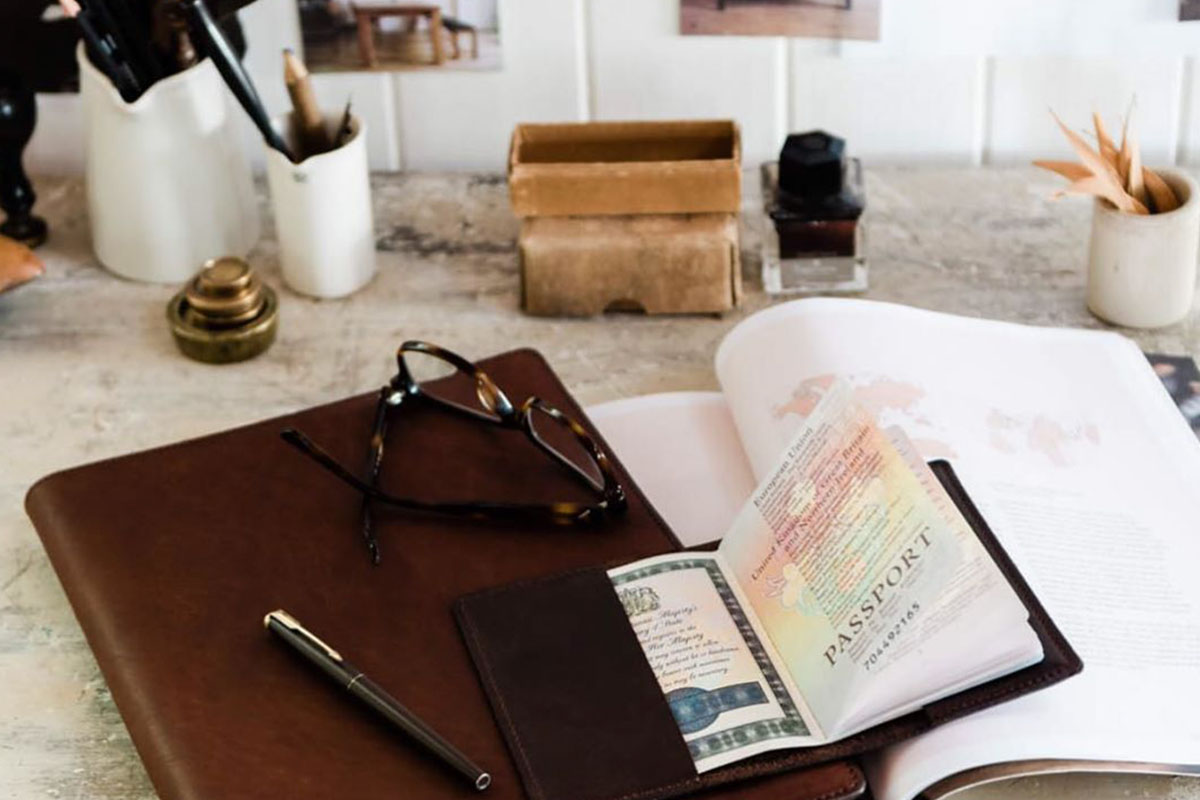 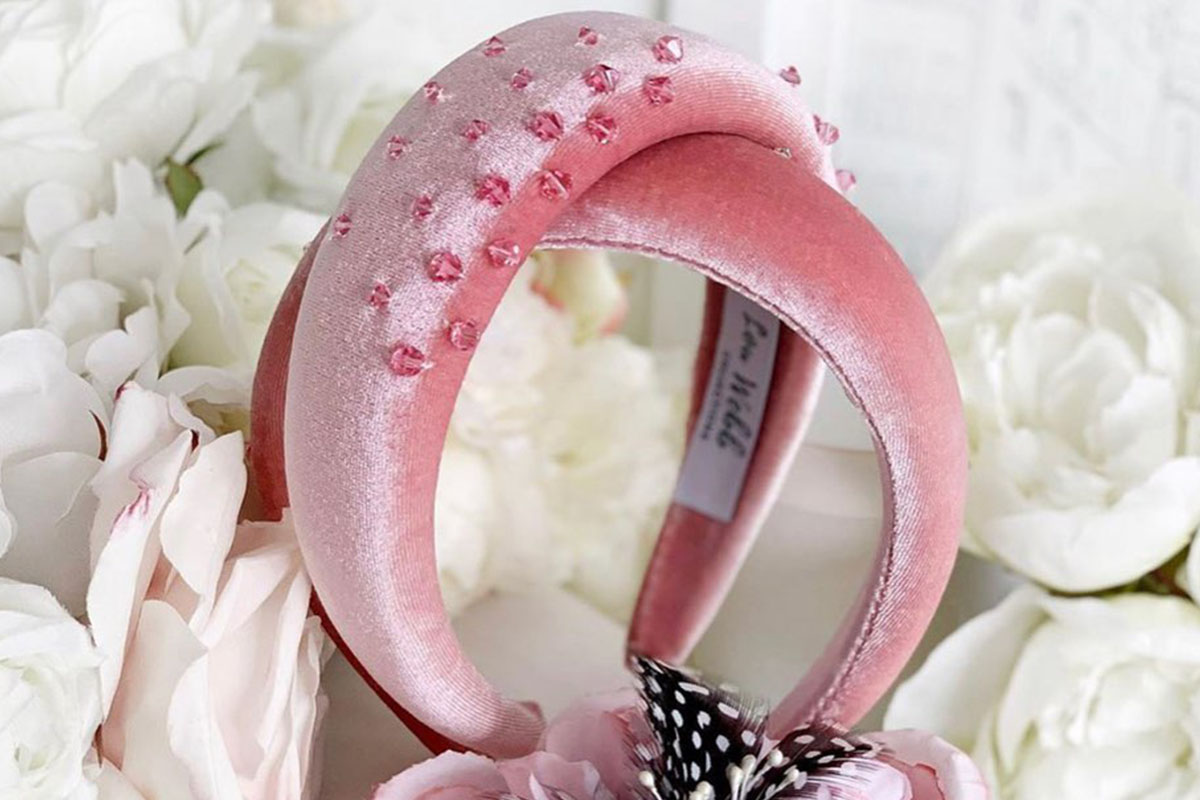 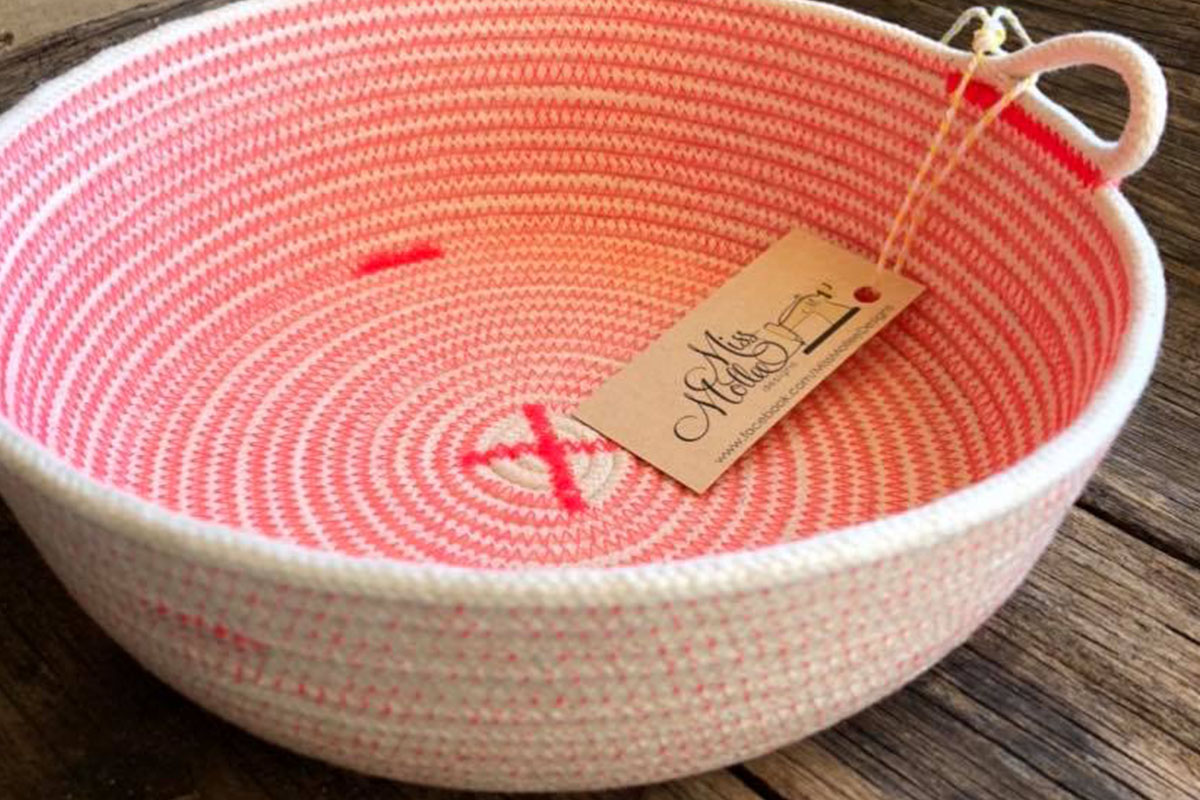 “I was very keen to feel helpful in what can often feel like a helpless situation,” says Grace. “Having grown up in Sydney, I was also really aware of how much people in the city want to show their support if given a chance. Everyone is taking it on and feeling responsible for sharing the message. I think it’s a practical and simple way of showing that they care.”

Today, with online shopping the norm, it makes no difference to buyers whether they’re ordering from New York or Wagga Wagga. But for regional retailers, who have limited marketing budgets and means of getting their products in front of potential customers, the choice to #buyfromthebush can be life-changing.

In the western corner of NSW near Warren there are a number of small boutiques, all with their own charm, fighting against the odds to grow their businesses through the drought. “There is a beautiful shopping trail through this dry part of the state that would delight any shopper,” says Grace. “The small boutiques offer something that big malls, high-street stores and even Amazon don’t. They are filled with character, run by stylish and energetic young business owners keen to meet customer needs. They don’t have the foot traffic that businesses in urban areas have and simply can’t compete with big fish in the online space,” she adds. “Retail is a tough business for everyone, but these businesses offer a fantastic service to their local communities and we really want to keep their doors open.” The good news is the initiative seems to be working. Many small boutiques are receiving calls and messages from city consumers wanting to #buyfromthebush this Christmas.

“Some product lines have sold out and many retailers are seeing big spikes in their sales,” says Grace. “People are very grateful for the support.” The feedback is coming in thick and fast for Grace and her ‘Chief of Hustle’ Millie Fisher.

“One business owner said she usually makes 10 sales per month and since we posted she has been averaging 20 sales per day,” says Grace. “Online stationary business Note Couture has had more turnover in the past week than in the entire past financial year. Businesses are gaining 2000 followers in a week, which means 2000 potential customers.

“We’ve heard of an artist who created an Instagram account then immediately sold four artworks – she never thought anyone would value her art. One large corporate is even creating all its staff Christmas hampers from #buyfromthebush retailers.”

“It’s nice to know that our city friends have got our backs” has been the overwhelming sentiment from many of these small rural businesses.

Glenda Burke runs Little Echidna Home from Tenterfield, a small town in Northern New England, NSW. The online store sells beautiful eco-friendly products including Glenda’s own brand of enamelware, beeswax wraps and waxed canvas bags. Her products recently featured on #buyfromthebush. “As a rural-based business, I find the hardest part has been promotion and being seen in the wider market, especially in cities where my little business can easily get lost,” says Glenda. “I know I have a fantastic product, which is very relevant with healthier and non-waste living, I just don’t have the resources to get it out there.

“One business owner said she usually makes 10 sales per month and since we posted she has been averaging 20 sales per day,” – Grace Brennan

“This initiative has done so much for my business and for me. It’s not only the sales that have been fantastic, it’s also connecting with other rural-based businesses throughout Australia that I would have never come across otherwise. Everyone wants to help, support and promote each other. It really has been absolutely amazing.”

Miss Mollee Designs is the lovechild of Jenny Mapstone. Her online store, with its beautiful handcrafted baskets and other “nick-nacky bits”, is enjoying the attention it’s getting from the #buyfromthebush movement.

“It really is such an amazing initiative and is helping so many small businesses directly and indirectly. Without support from #buyfromthebush, I would never have had this opportunity to advertise my products,” says Jenny. “What’s exciting is that I’ll be reinvesting the earnings from this campaign straight back into our local businesses as well as other businesses featured, so it’s creating a multiplier effect across our communities.” 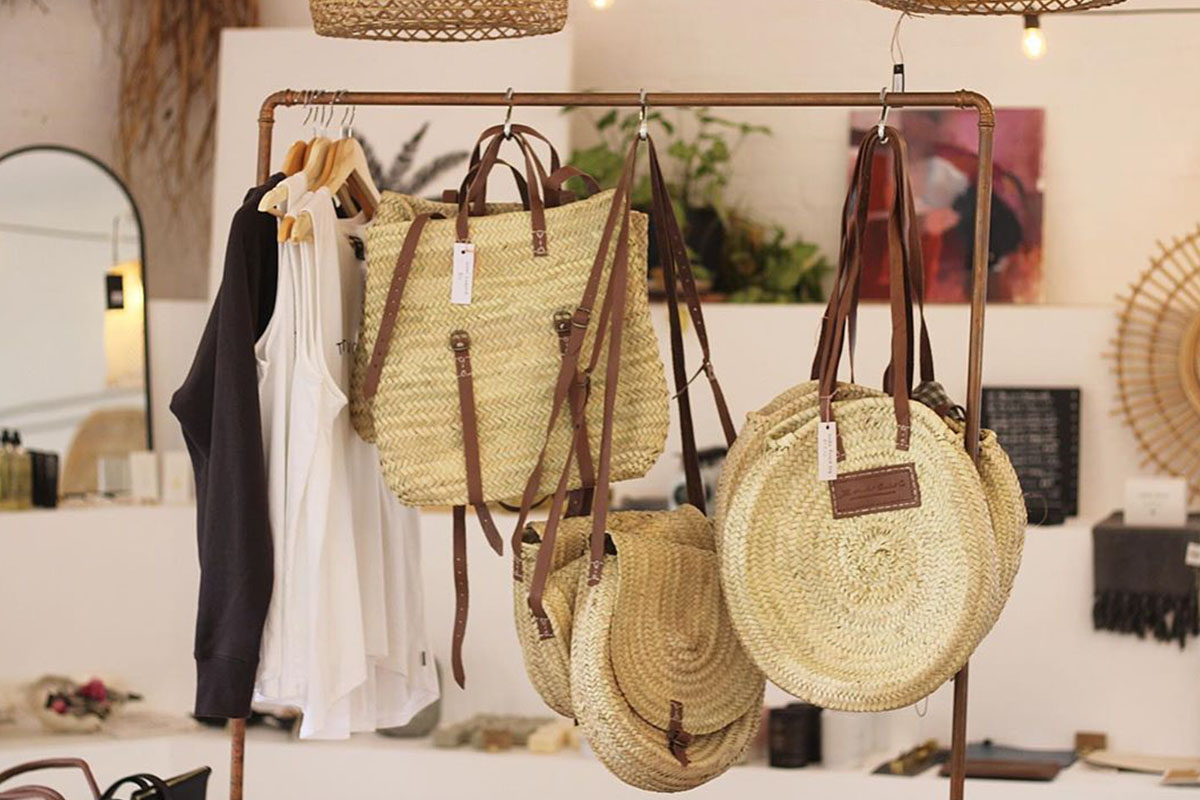 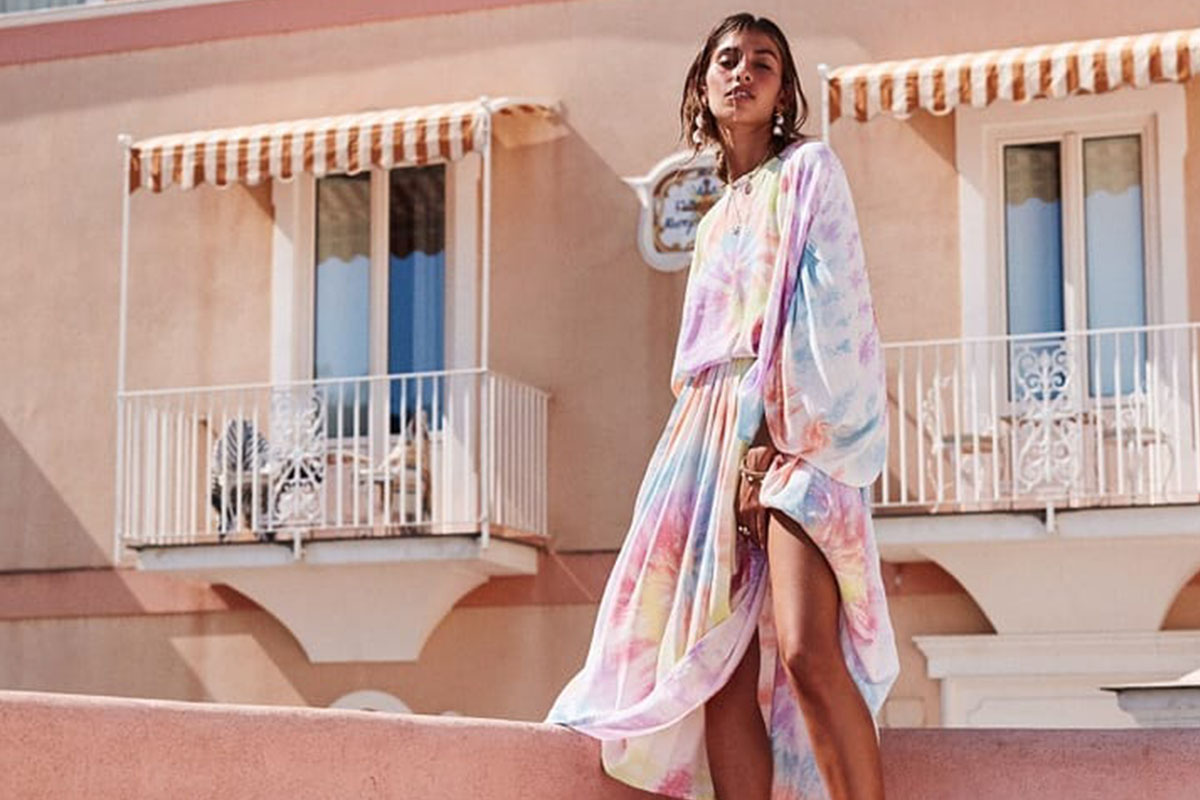 There’s a real sense of connection among the rural businesses and a strong message of “community not competition”. In fact, when Helen Longhurst from Killarney Original was inundated with orders after being featured on #buyfromthebush, she redirected customers to Miss Mollee Designs, with both women working together to meet the demand for their woven products. “We’re all in the same boat ‘in the bush’,” says Helen. “We’re just trying to help each other get through to the other side.”

Adds Jenny: “Keeping the conversation going about supporting each other through this drought is vital. Mental health issues are definitely more prevalent during this drought due to the ongoing stress people suffer from, but it’s amazing what a coffee at a local cafe with some of these amazing local women can do for the soul.”

With many rural regions in Australia experiencing the most severe drought on record, farming communities are bearing the economic, emotional and physical brunt. “We hear so much about farmers in the drought and what it means to agricultural businesses, but we hear less about the impact it has on the wider country communities,” says Grace.

Her sight is now firmly set on making buying from the bush a long-term choice, so consumers will continue to think outside the urban box when shopping. Grace wants to build on this initial traction and extend the #buyfromthebush project to ensure long-term outcomes for bush businesses.

Working alongside #buyfromthebush, John Barilaro, Deputy Premier and Minister for Regional NSW, has launched Buy Regional, a campaign and online hub showcasing regional retailers. “For anyone that wants to support drought-stricken communities, the best thing you can do is buy regional,” he told reporters at the launch.

When you buy from the bush, it’s doing more than just injecting dollars into the community, it’s bringing light and hope back into people’s lives. Don’t forget to #buyfromthebush this Christmas – something so simple can make such a difference.