They say good things come to those who wait, but for Matt Wiener, jumping on the express ride to the top of a lucrative industry worth US$68 billion sounded like a better idea. 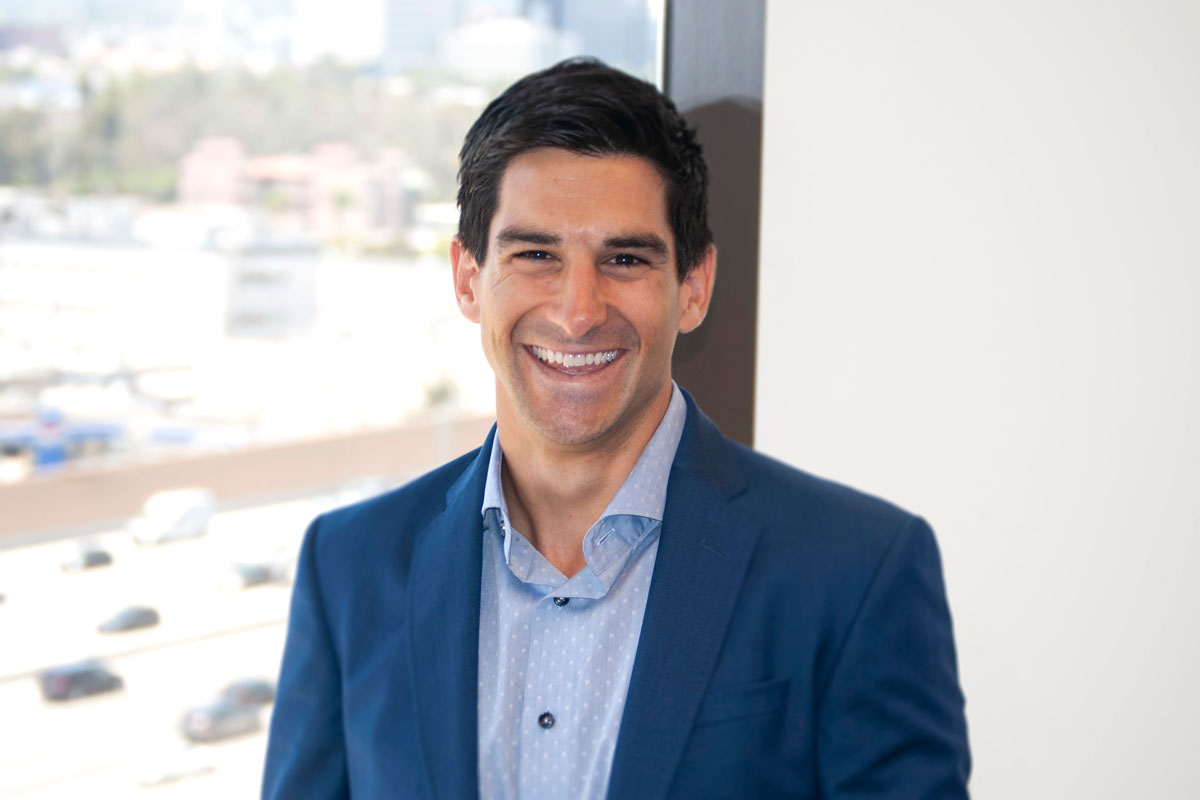 There’s an old saying that claims money makes the world go around. Clearly there’s misplaced credit in that statement as it rarely sheds light on the intangible mechanics of high stakes revenue generation.

Sitting in his sunny Los Angeles home fiddling with a succession of Zoom backgrounds that includes palm trees and a view from his office’s boardroom, Matt Wiener is one of the most unassuming faces in the lucrative US$68 billion sponsorship market for global sports and entertainment.

For starters, he just turned 32 a month ago and is far too young to be at the top of his game. Secondly, he could moonlight as a stunt double for Hollywood actor Andrew Garfield. The first part he’s not unfamiliar with.

“I joke with people about my age but it rings true where all my grey hairs are,” he laughs.

Uncovering the hidden value of partnerships 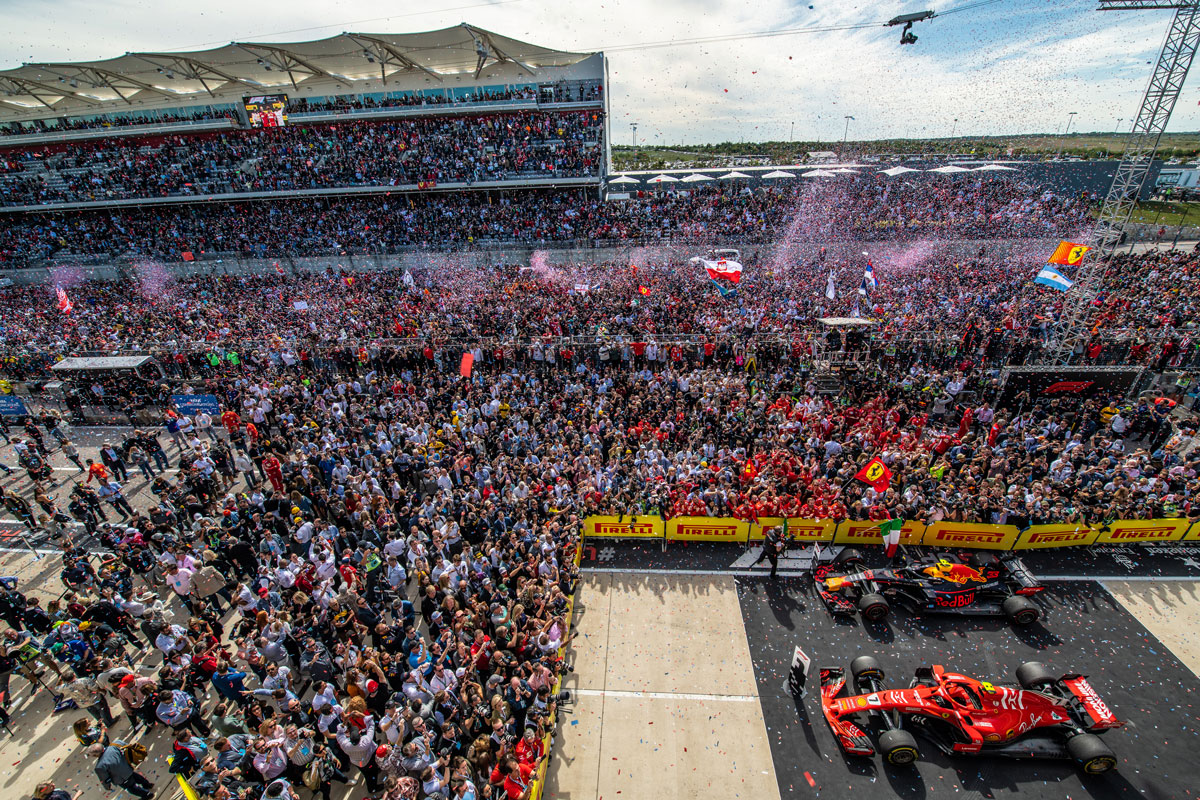 Innovative Partnerships Group (IPG360) executives are responsible for generating billions of dollars in long-term revenues across its senior leadership team and portfolio clients. It’s an impressive feat considering the small Los Angeles-based company is only three years old and has already partnered with some of the world’s most recognisable names across sports, music and entertainment. The firm’s specialty comes from connecting buyers and sellers with a solution-led and business-first approach to partnerships. Think matchmaking for brands and properties.

The Circuit of the Americas – home to the Formula One’s US Grand Prix, MotoGP and the INDYCAR series, the 2019 World Series Champion Washington Nationals, Major League Soccer projects including D.C. United and the Portland Timbers, Olympic-National Governing Bodies including USA Handball, USA Triathlon and USA Volleyball – are just some of the featured long-term projects that IPG360 represents. Its latest project, however, could be its most ambitious yet as it involves one of the world’s most prestigious sporting franchises.

IPG360 will partner with the franchise’s global commercial efforts including the creation of a new ‘sports city’ that encompasses stadium renovations, securing title rights for its stadium development and entertainment district, and implementing key founding district sponsors and global commercial partners.

How did Wiener and his team pull off such a lucrative deal?

“We built the business to bring an investment banking mentality to the marketing world,” he explains.

“It’s about connecting a real measurable business case attached to marketing through a word we never use – ‘sponsorship’.”

Wiener instead prefers to throw around the term ‘partnership’ in his hallways. He believes it represents a complete view of what a collaboration can be across sports and entertainment venues, stadium naming rights, jersey sponsorships and global football.

“The essence of a partnership is that you’re able to borrow equity, awareness or the power of a brand to attach to your brand.“

“The language of what sponsorship is, oftentimes, does the sponsorship process a disservice. So, we use partnership.

“The word ‘partner’ ultimately creates long-term business-led solutions. If you’re going to become the naming rights partner of a Major League Baseball (MLB) or NFL Stadium, or a European football club, you want to make sure they commit to five to 20 years for a long-term naming rights deal and that there’s a measurable business case to support it. Otherwise, after some time into that deal, one side is going to be upset, or will look to get out of the deal, or priority shift.

“Marketing narratives and marketing programs and initiatives can change. But at the end of the day, what doesn’t change? Bottom-line impact.

“As long as you align on what the bottom-line business case looks like on a go-forward basis, you’re going to have a win–win scenario.”

It’s a unique strategy that Wiener further details through a case study of a partnership between a tech company and stadium. Potential customers won’t just see the tech company’s name attached to the venue, they will also get to experience their technology integrated into the venue.

“So not only are they getting business from that specific project, they’re also using it as a way to showcase globally to other potential projects that they’re looking to bid on,” explains Wiener.

“What that does in the long-term is solve the direct business case and the indirect opportunity for them to use it as a global showroom to bring on other projects. Once you have that underlying foundation of the technology that is already powering that venue, product, brand or company, it’s helping to provide a solution to enhance the overall experience.”

This means that brands will get the business alongside a story to tell. This story, according to Wiener, is easier to share and market because it’s authentic and integrated.

The 32-year-old going on 50 isn’t quick to dispel conventional marketing strategies though.

“I’m a creative at heart but all I think about on a daily basis is how we realign marketing. Marketing becomes much more expensive when you can align product, business, recruitment, indirect opportunities and COS marketing. What you’re doing for employees, events and programming is you’re bringing that all under a 360-degree type of partnership.” 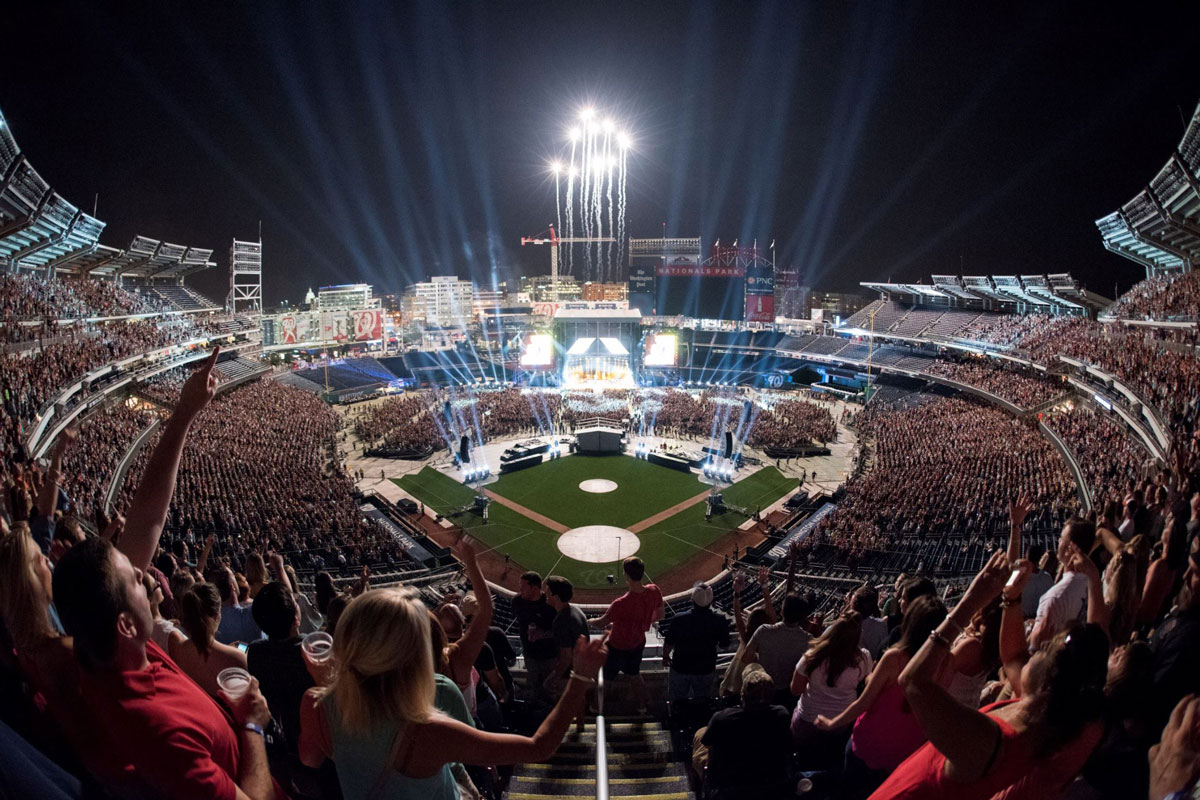 One could be forgiven for assuming that a partnership is simply a very expensive way to describe a bus stop advertisement. That belief would only be half correct.

“The essence of a partnership is that you’re able to borrow equity, awareness or the power of a brand to attach to your brand,” says Wiener.

“Let’s say the brand is a new beverage company looking to launch in Australia or Europe. They will then look to a sponsorship opportunity with a well-established property, sports team or league to drive awareness.

In a partnership arrangement, the hypothetical money that is set aside for a bus stop advertisement instead goes towards a sponsorship deal with a property such as a football club. Wiener’s team then flesh out the details to ensure the beverage name receives the borrowed equity, the hospitality and the association with that football club for an agreed period of time.

Using emotional allegiance to advance a brand name is what takes this form of marketing revenue generation to another level.

Turning his back on Wall Street 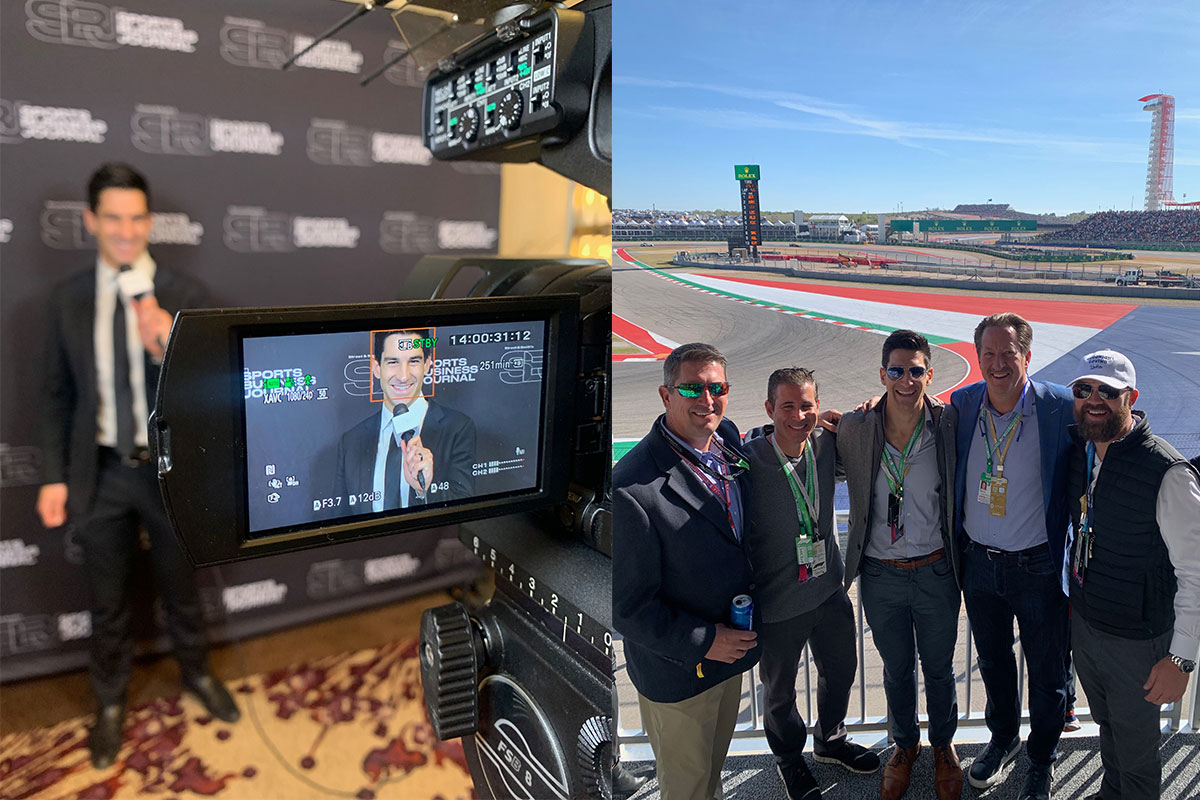 When Wiener was studying economics at UCLA, he was adamant he’d eventually end up on Wall Street as an investment banker. His love for sports, however, would see to it that he’d become more of a Jerry Maguire than a Wolf of Wall Street.

“I was just on the phone with the sports agency that Jerry Maguire was based on,” Wiener laughs.

Spending most of his free time reading about sport during his university years, he soon found himself delving into the semantics of how deals were being done in the industry.

“Sponsorship deals in particular,” he says.

“The jersey for football clubs in Europe; the big stadium rights deals that were just starting to happen in the US. What I found was the excitement I had for business married with my interest in the sports industry. It wasn’t who was being traded to what team. It was ‘What is the business of sport?’”

At university, he started his own sports business club and quickly made inroads with those who would become his greatest business mentors today.

“We would do programs and summits, but do it at a young age and really understand from industry leaders how you can break in.”

The move would also set the longer-term vision and goals for where he wanted to go in his career. It seemed that breaking into the industry first and then figuring out what he wanted to do next had worked in his favour.

“I was very fortunate to have a strong network that helped pave the way for where I am today.”

In 2020 Wiener stepped into the Milken Institute’s Young Leaders Circle (YLC) as a member of 300 of the world’s most talented rising professionals across all industries. 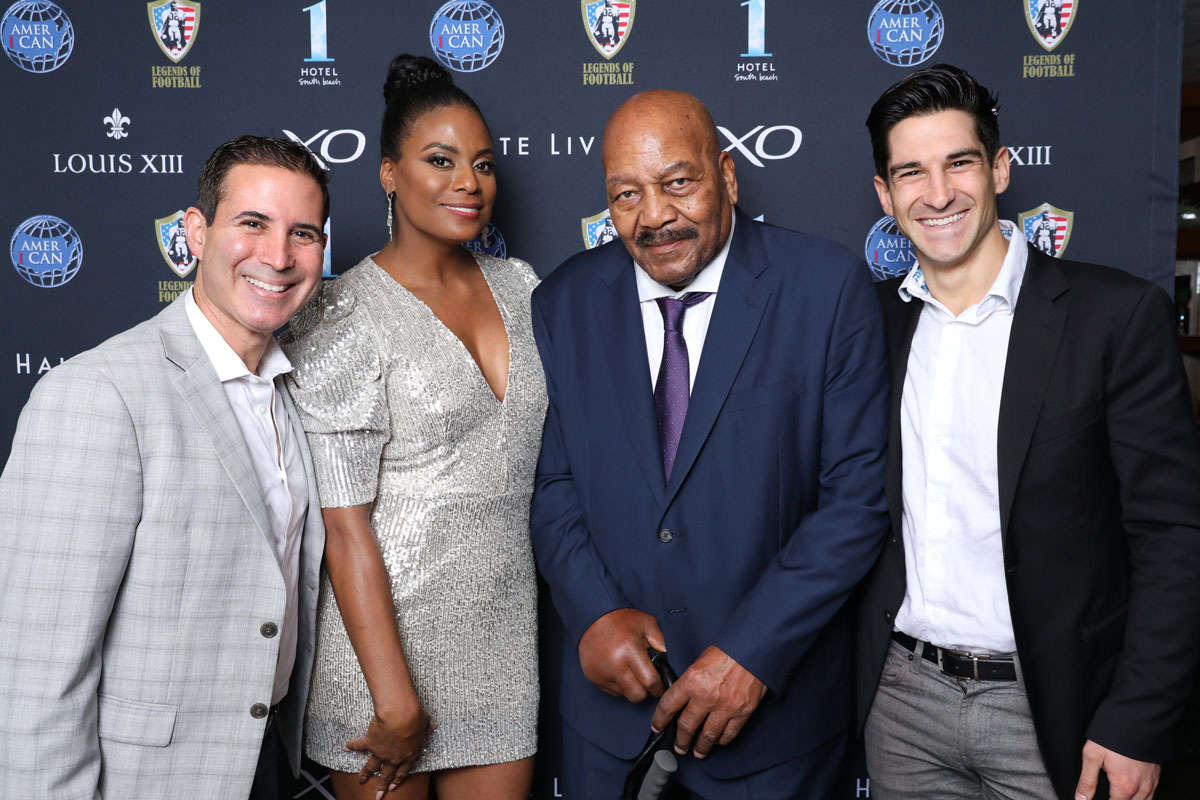 Wiener isn’t one to be stumped in conversation but following this question, he hesitates for a noticeable moment.

“I’ll be giving you the tricks of the trade!” he smiles.

In practice, these sides can encompass intermediaries like a financier, capital source, property, owner and brand all coming together for a cut of the payoff pie.

“You need all sides to be aligned and centred on one collective goal, whether that’s revenue or business, marketing or exposure, product launch, or just making money.” 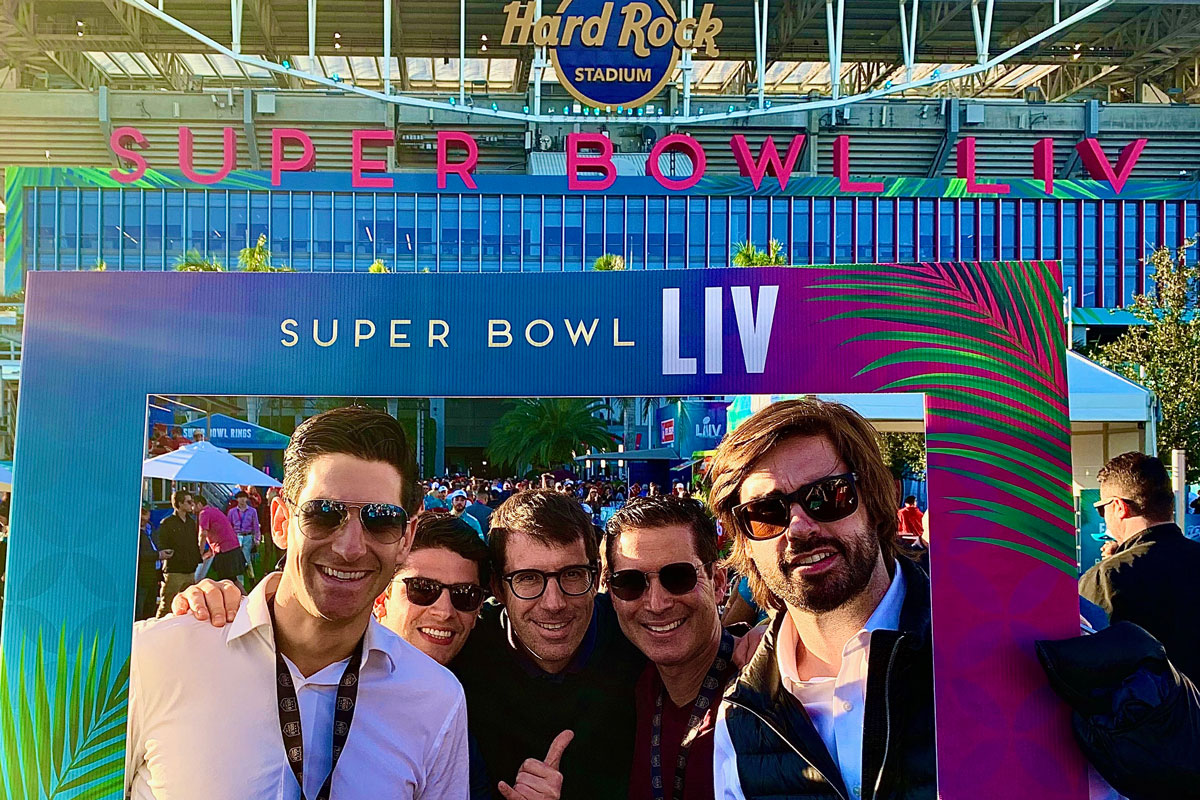 Receiving a ‘no’ is common in Wiener’s industry. “It’s a pretty binary equation,” he admits. “Someone says ‘yes’ or ‘no’.”

But the hardest challenge he’s faced to date has been the pandemic, which saw the global sports and entertainment industry decimated within 48 hours. There was no indication of when people would be back in stadiums or festivals, and even the return of live sports was a stretch.

“We had a lot of people saying ‘no’ at the time. Not because they don’t want to do something, but because they couldn’t deliver on it.”

There is, though, one trait that has always been his secret weapon and to this day it continues to be the most pragmatic.

“The hardest thing is when you work so hard on something and you believe in it, and somebody says ‘no’ for some reason.

“If you can’t get over somebody saying ‘no’ and be resilient in order for someone else to say ‘yes’, you’ll never succeed in our business.”

Not bad for a young guy with a few laps under his belt.