The Pininfarina name is legendary in the world of automotive design. In 2015 the Mahindra Group acquired the Italian design studio and a bold statement was set in motion: Claim the title for the world’s most powerful electric hypercar. 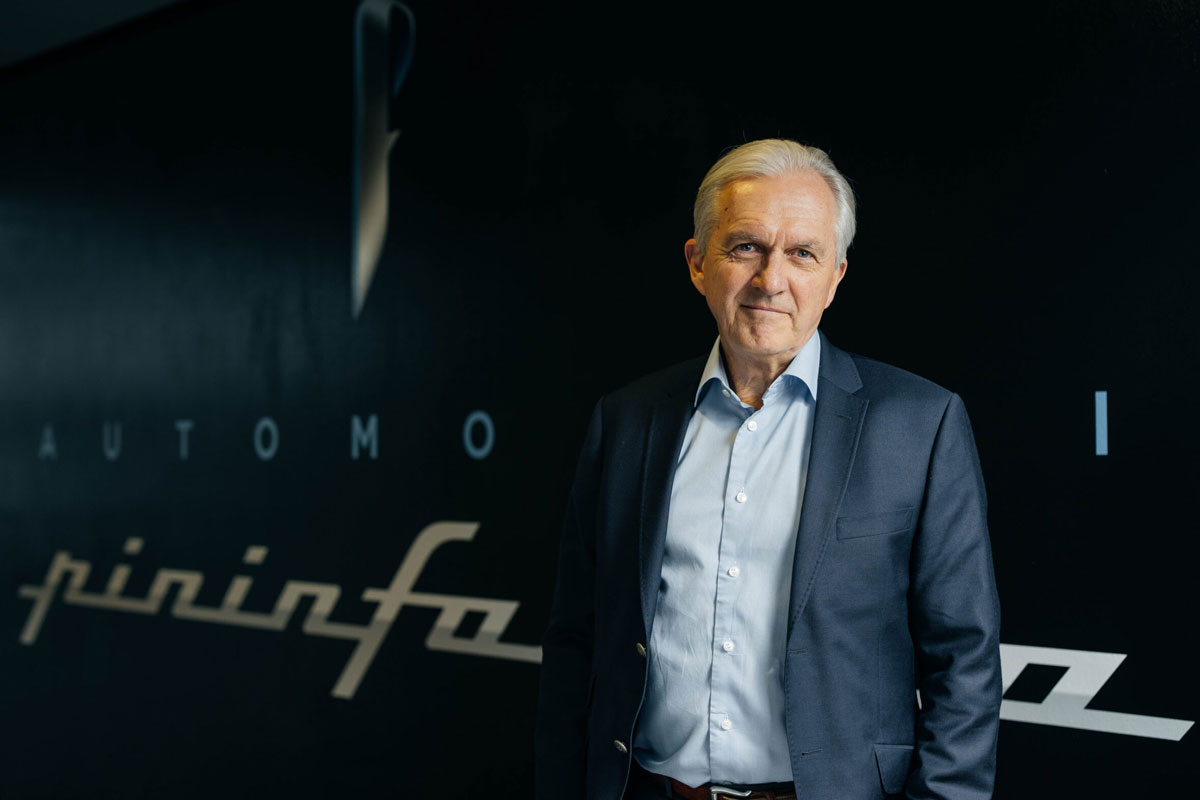 There’s a lot you can get wrong when videoconferencing someone in their home 14,000km away. In the background there’s a shelf bearing a sweet family photo alongside a vintage model bus in a glass case – the expensive kind you wouldn’t let your own doting child near.

The quintessential family man in a senior banking role, one would probably assume. And that assumption would be entirely wrong. Per Svantesson gets paid to build hypercars. The most radical kind that throws around preposterous figures like ‘350km/h top speed’, ‘0 to 100km/h in under two seconds’ and ‘€2.6 million apiece’.

Svantesson doesn’t flinch at those numbers, he just smiles.

“We are going to put one of the most beautiful and exciting hypercars into the market and we’re going to make it fully electric. We are pioneers.” 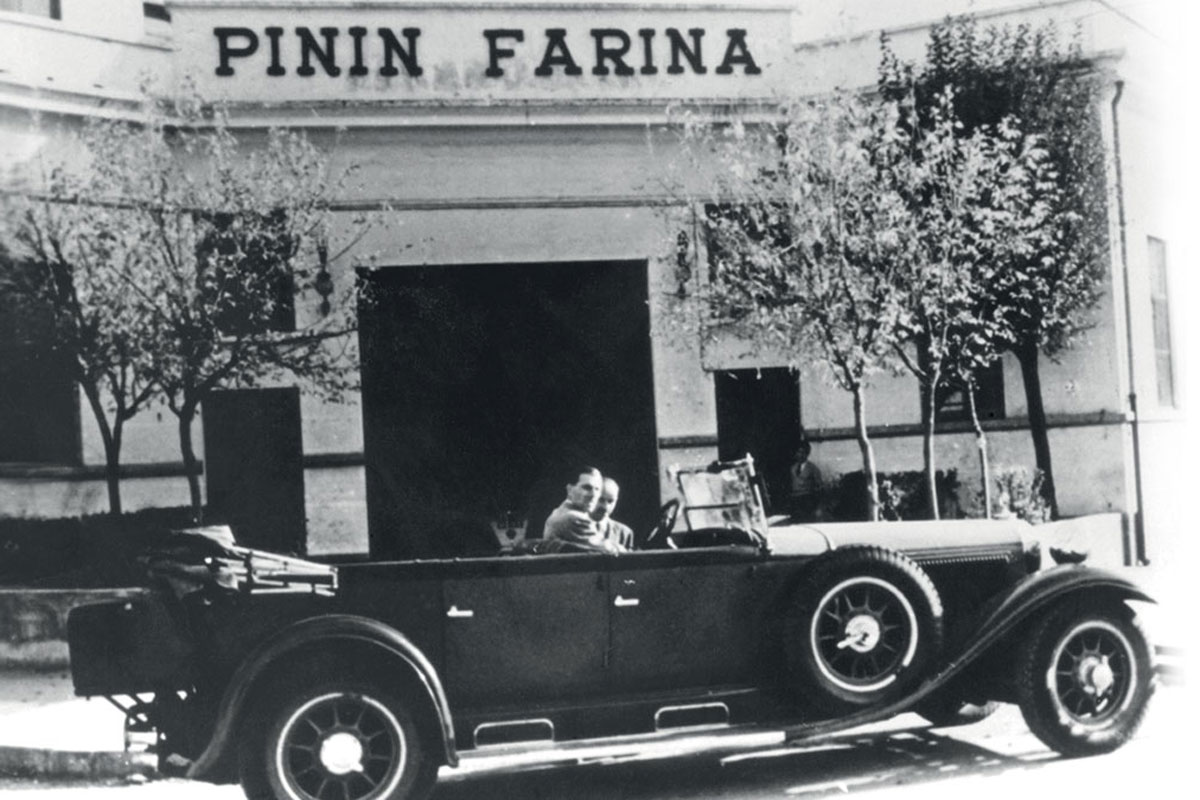 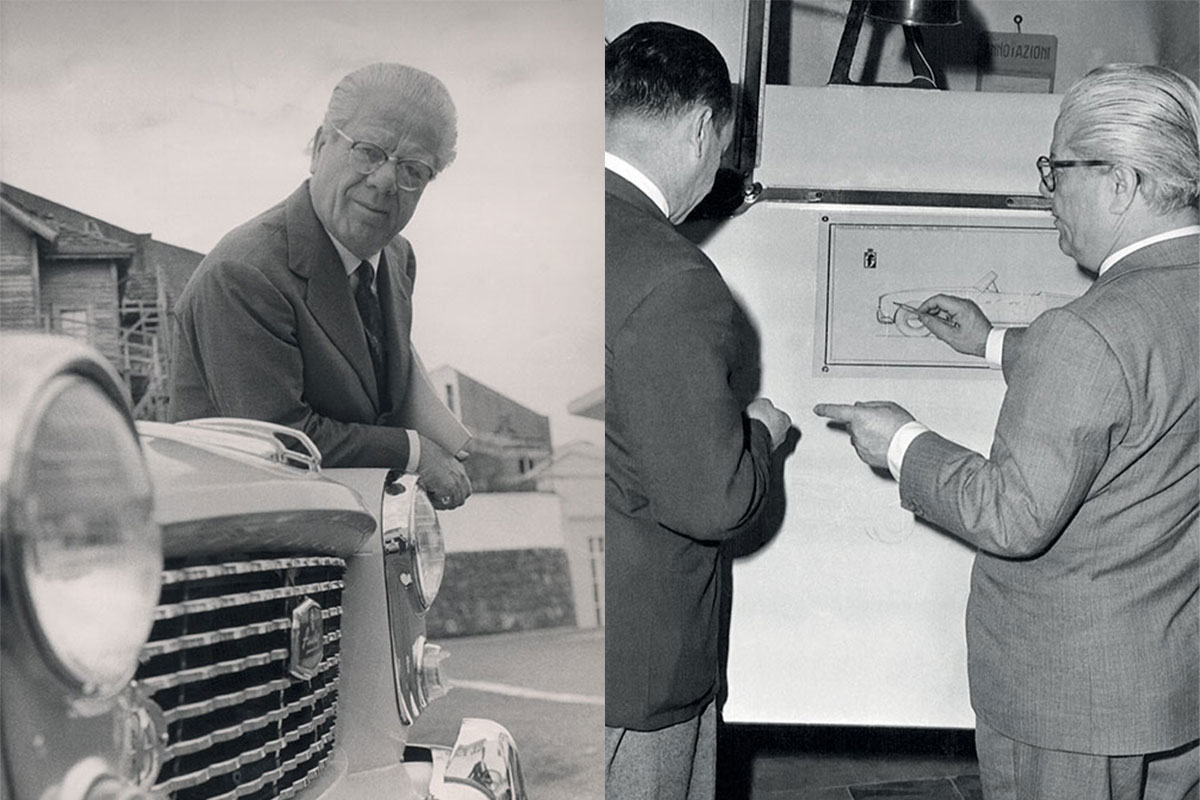 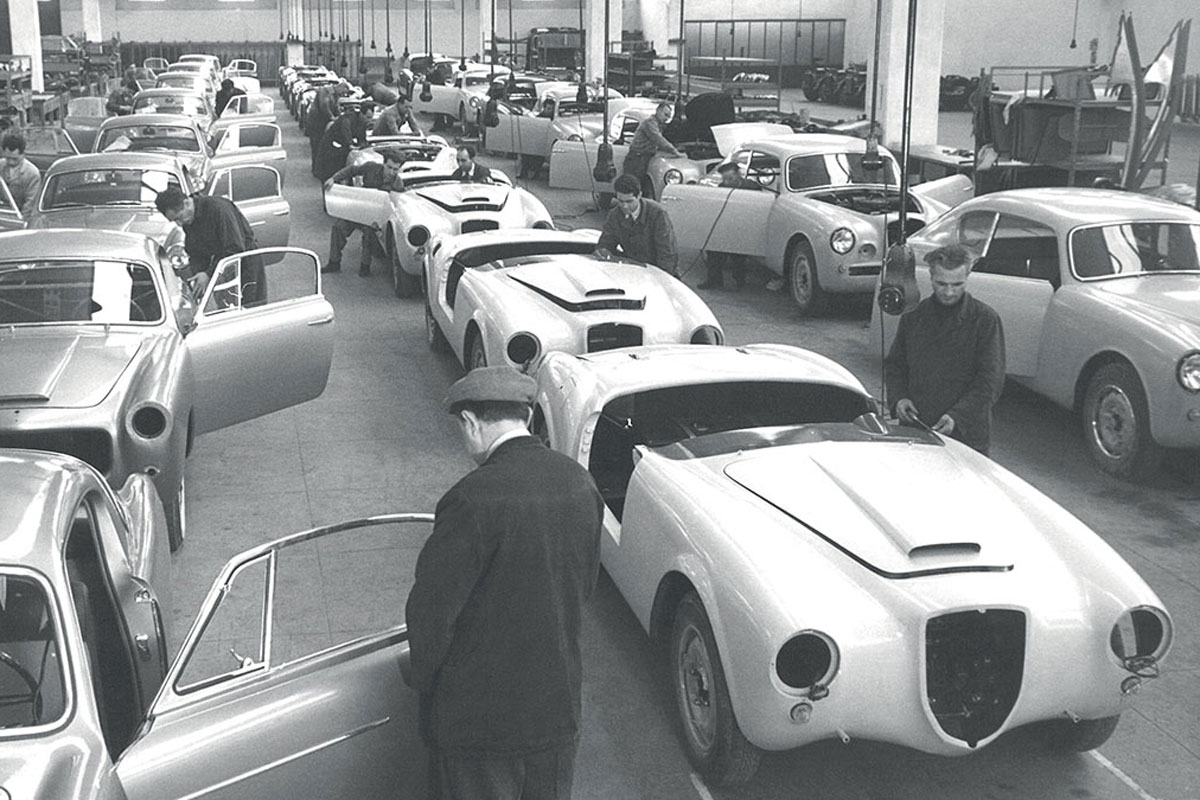 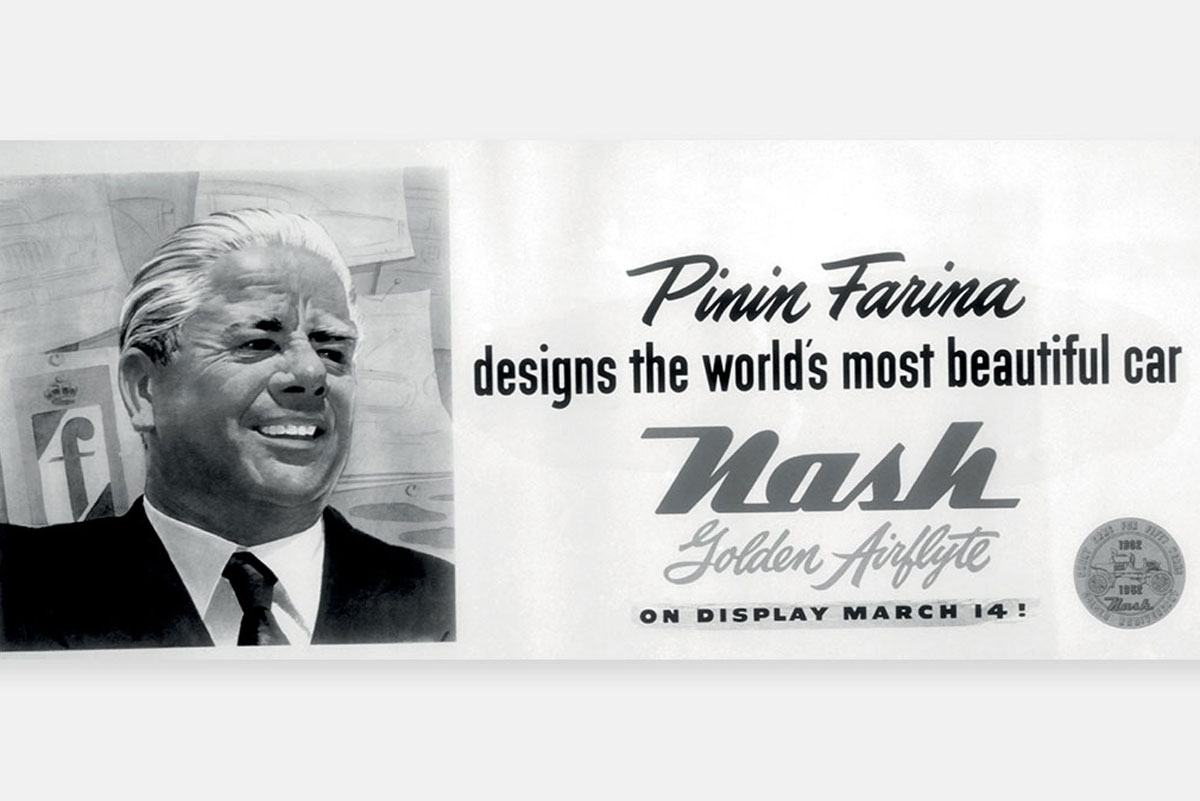 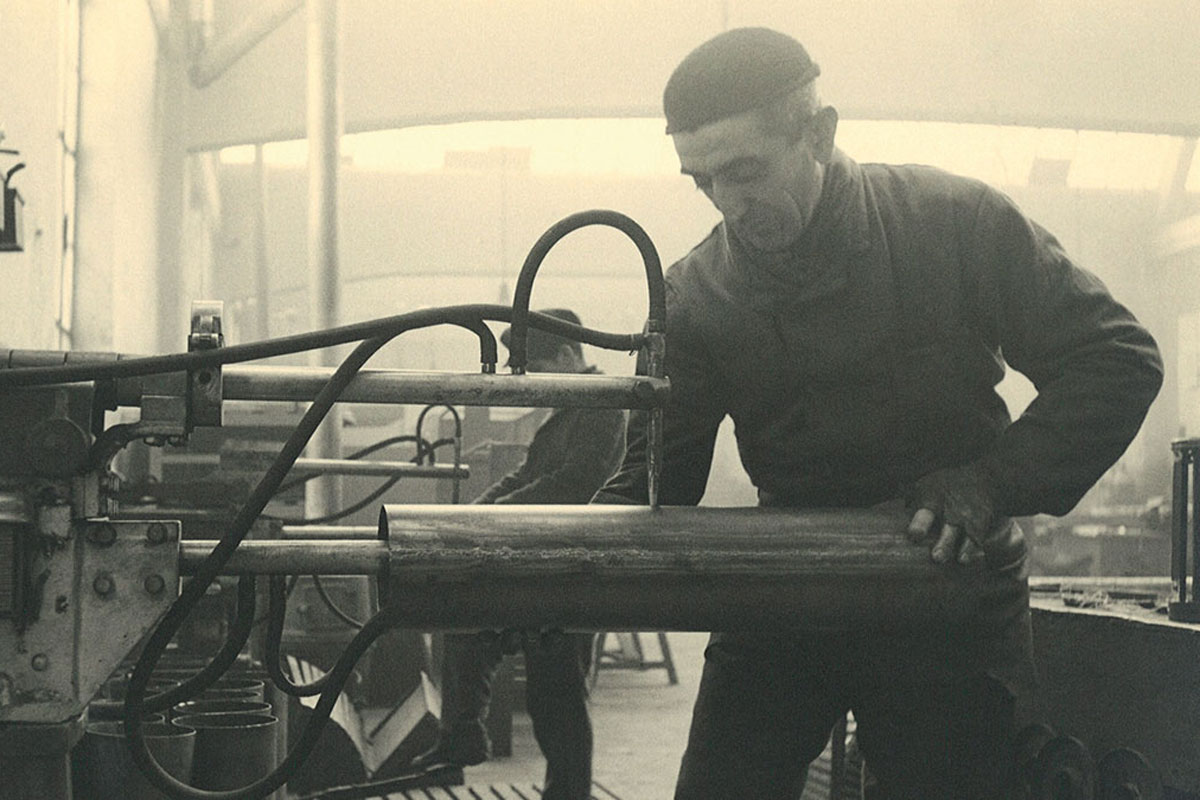 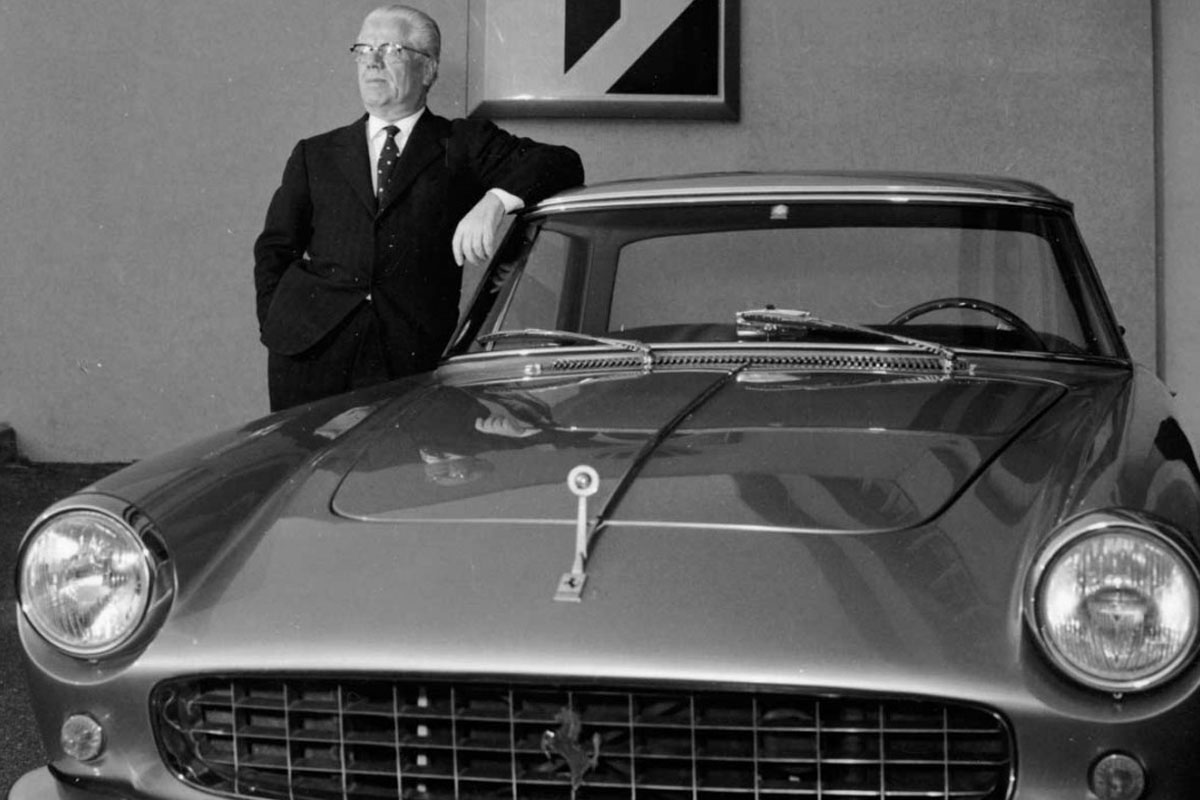 The Pininfarina name has been around for 90 years and yet most wouldn’t have heard of this carmaker. As a design house however, it is synonymous with some of the automotive world’s most beautiful creations.

The Ferrari Daytona, the 308 GTB, the Testarossa, the Enzo Ferrari, along with a handful of Jaguars and Bentleys, have all benefited from the exemplary visual foresight of this Italian design firm and coachbuilder, which Battista ‘Pinin’ Farina founded in 1930. Today the Pininfarina legacy continues as it takes on its next evolution as a pure electric hypercar maker that will bring the concept of sustainability to the relentless pursuit of speed.

Since its acquisition by India’s Mahindra Group in 2015 to the tune of €168 million, Pininfarina has slowly been expanding its craft from glorified designer to a manufacturer of low-volume hypercars under the Automobili Pininfarina division. It’s a move that begs the question of why it took Pininfarina so long to make this leap.

“He always dreamt of making a car, but I guess they were so busy and successful at designing cars for other brands like Ferrari that they never got around to doing that for themselves.“

“It’s a good question I wish I could have asked Mr Battista himself,” says Svantesson.

“He always dreamt of making a car, but I guess they were so busy and successful at designing cars for other brands like Ferrari that they never got around to doing that for themselves.”

“Mr Mahindra turned to Mr Pininfarina and said, ‘Let’s do it, let’s do it together and fulfil his dream and build a Pininfarina car.’ So that’s how it all started.”

It’s a dream that has been 90 years in the making and today Per Svantesson is in charge of turning that dream into reality. Weight on his shoulders is an understatement.

“It’s a fantastic kind of pressure, but it comes with a lot of responsibility,” he says.

From factory worker to CEO

All Per Svantesson wanted to do when he was 16 was be out on the beach chasing girls all summer. His father who worked for Swedish carmaker Volvo for 47 years had other ideas.

“My very first real job was when my father forced me to work for Volvo. He didn’t have a choice when it came to choosing a trade, so he said to me ‘You have to learn this trade from the beginning.’”

“You have to be 16 to work in a factory in Sweden so when I turned 16, he put me on the assembly line at Volvo. I was actually building cars and spent all my summers working at the factory in Gothenburg.”

As an indicator of how far Svantesson has come today from humble beginnings, he recalls his very first role on the assembly line as a cog tasked with putting the interior into the luggage compartment of a Volvo 740.

“That was my first job,” he laughs. 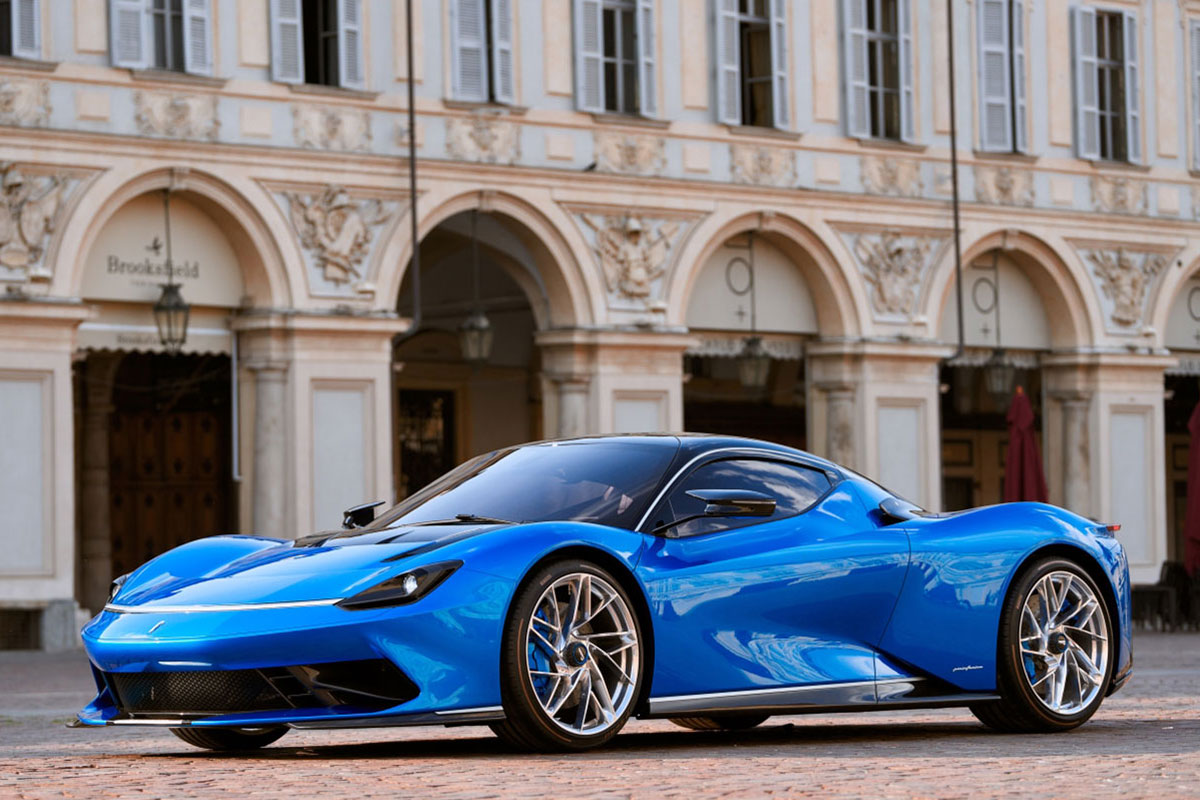 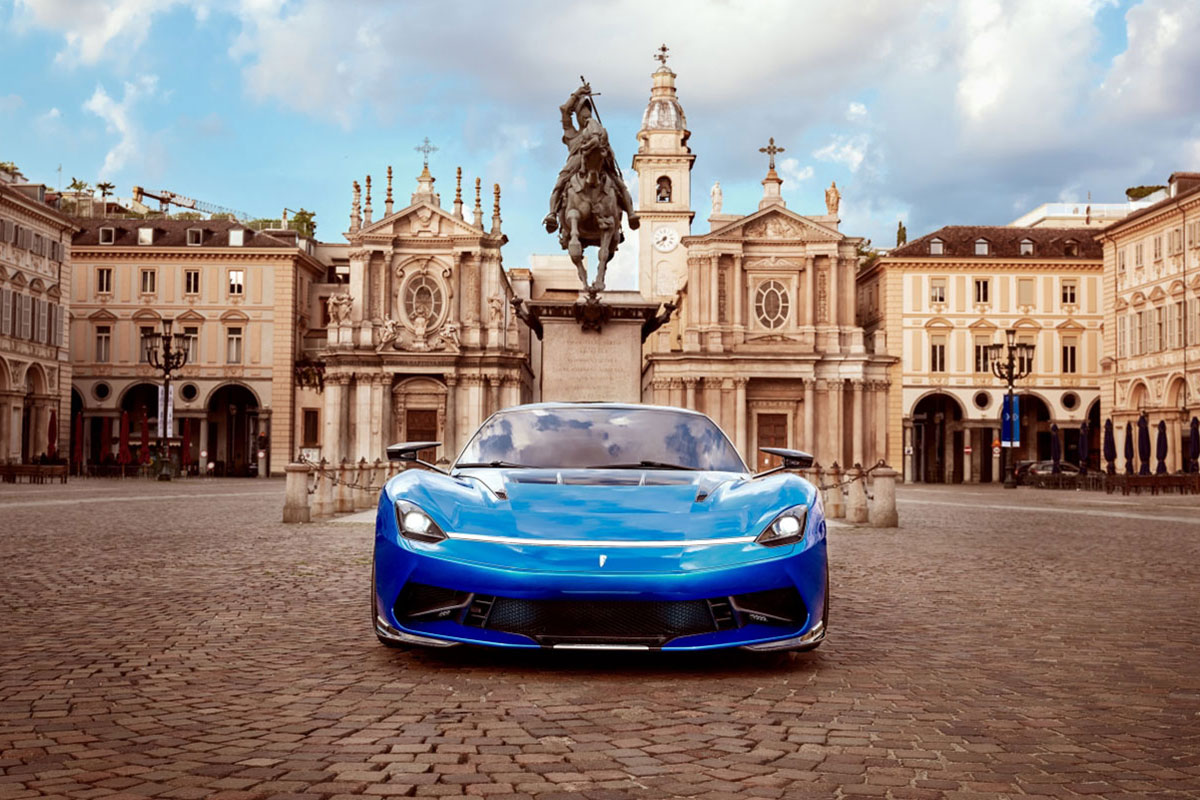 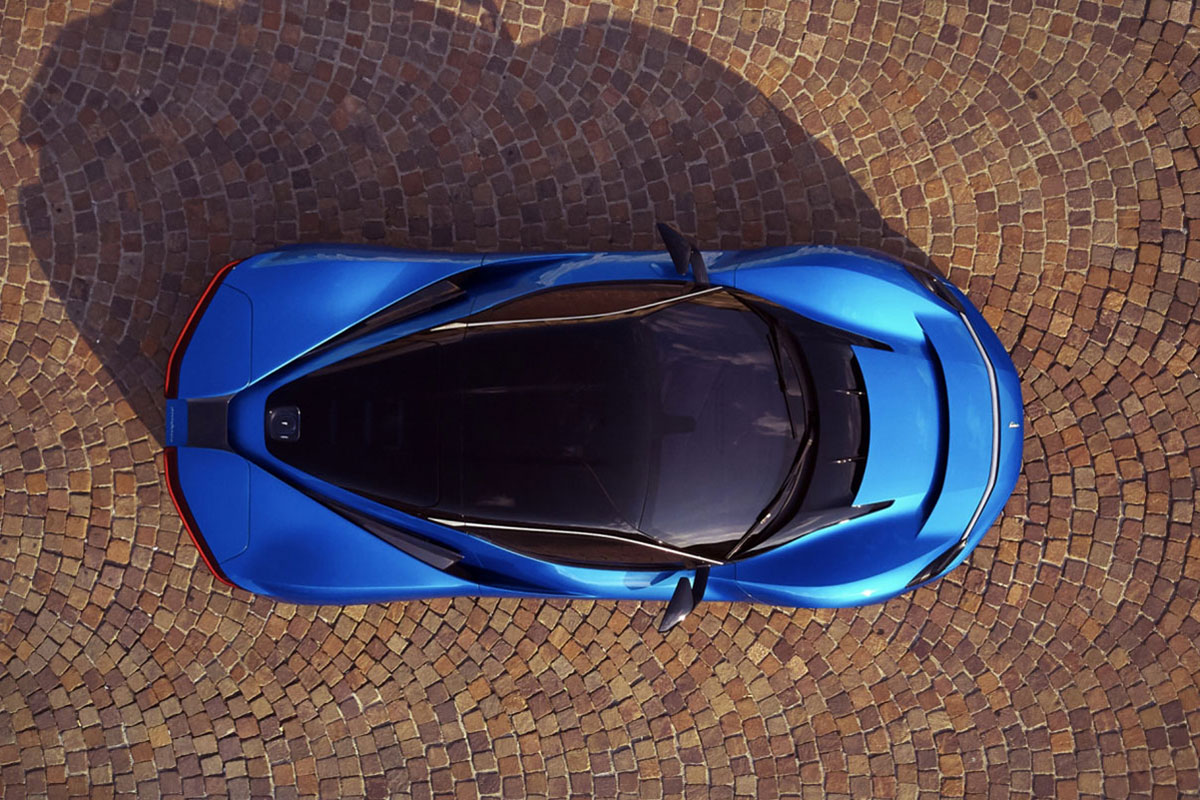 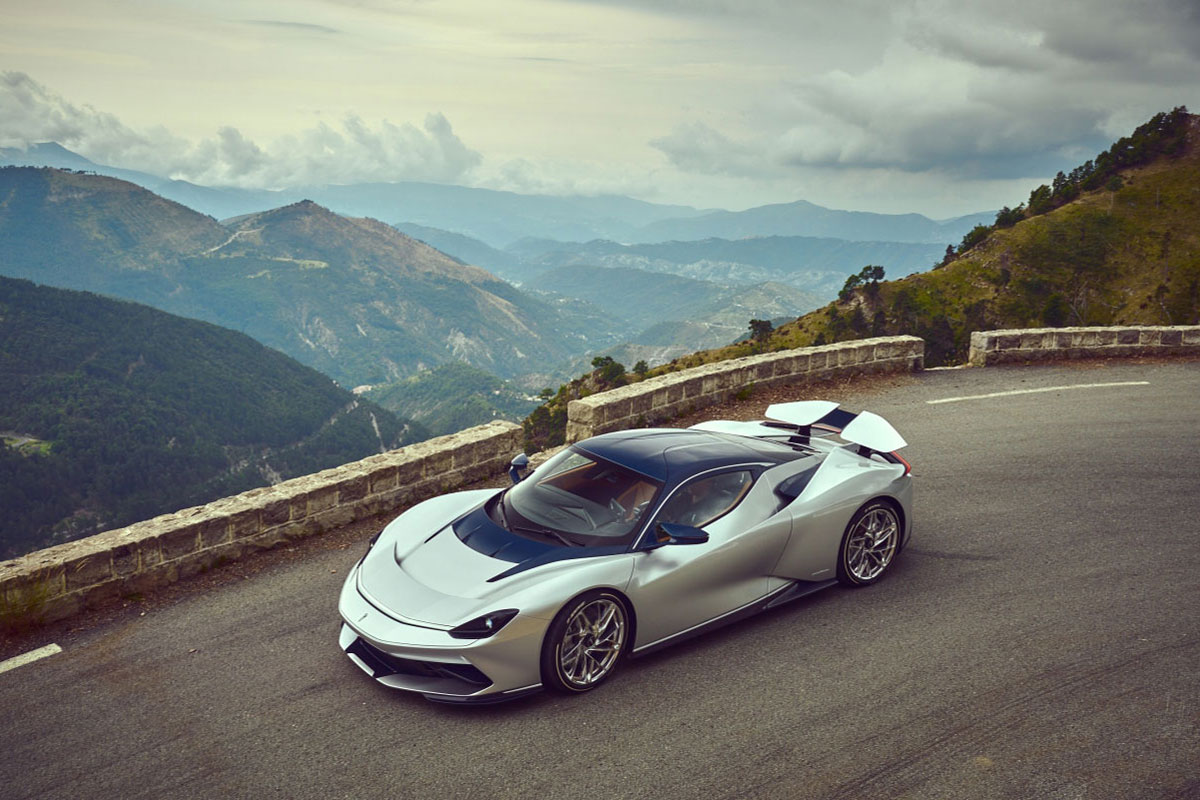 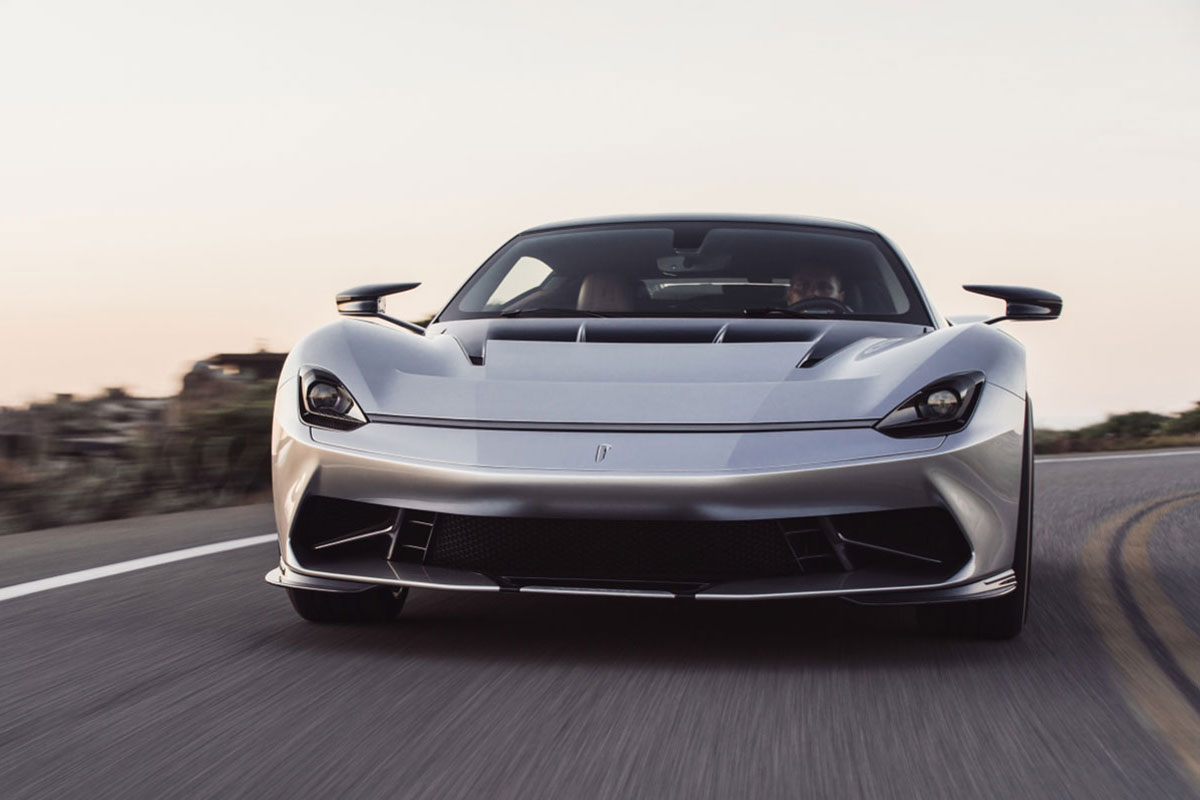 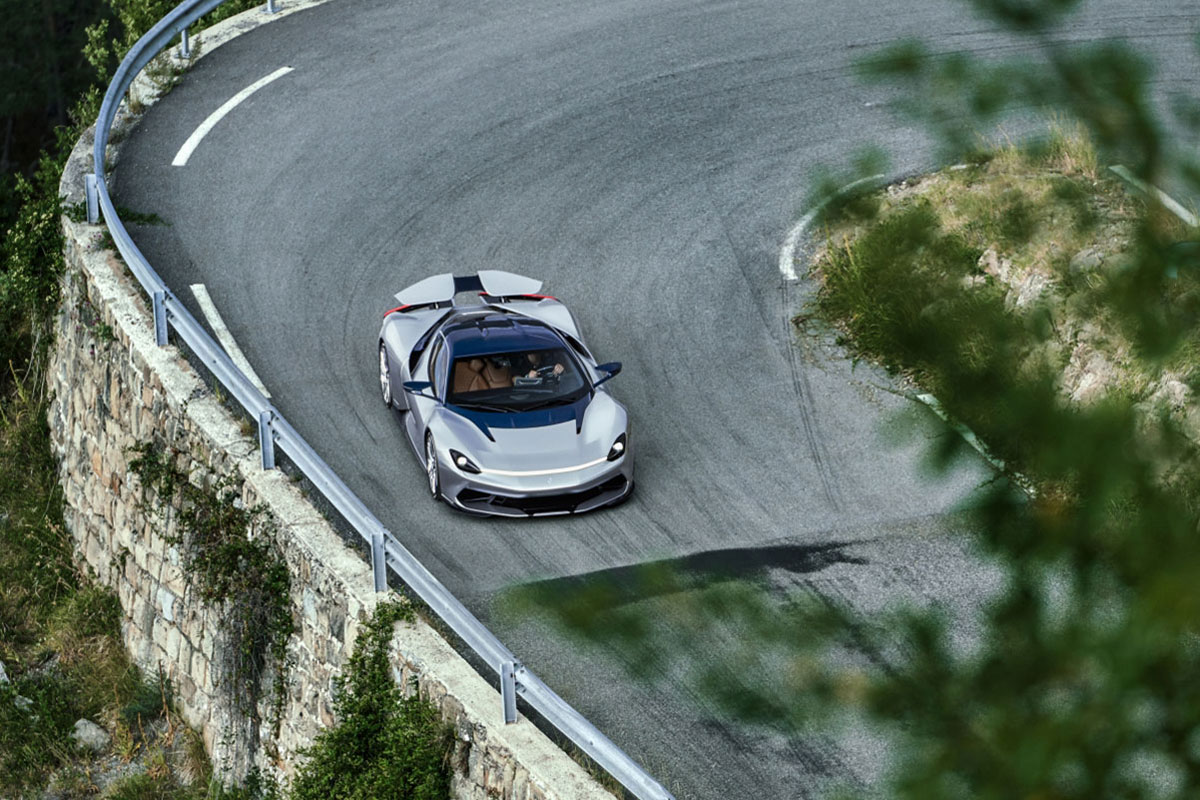 When people think of electric cars, they often associate it with words such as ‘soulless’ or ‘boring’. Ultimately, the challenge that Automobili Pininfarina faces today isn’t just building an ultra-expensive electric car, it’s changing the entire perception of a discerning customer base born and bred on a staple of petrol fumes, noise and the combustion engine.

“In our small Battista we have packaged in almost 2,000 horsepower. It’s not only that, but electric motors have torque that starts at the first RPM. So the acceleration you can experience is instantaneous and fantastic.”

There’s also credit given where it’s due with praise given to Tesla founder Elon Musk for his electric car-marketing efforts.

“We are a bit thankful for Elon who thought to make Tesla a bit of an exciting vehicle,” he says. “But we’re going to take that to a whole new dimension at Pininfarina.”

Aside from the technical advantages of an electric powertrain, Svantesson also has another ace up his sleeve. The tried-and-tested strategy in luxury known as ‘heritage’.

“Mr Battista Pininfarina and his philosophy for life was, first of all, it has to be beautiful. Whatever he designed, functionality was extremely important, but it first had to be beautiful.

“We believe our Battista is a very beautiful car and it combines this unique expression we have of sustainability, premium luxury and breathtaking performance. This is something we would like to give people the chance to experience.”

Coincidentally, Svantesson’s staunch stance on electric-only models for Pininfarina cars may help it appeal to a greener market. Pressed on whether there would be a hybrid hypercar down the track, he had one simple answer.

“We’re going to live by our philosophy to be a sustainable company, not only with the cars we produce but also by the way we do it and the way we work to make as little impact as possible in terms of our carbon footprint. There will be no combustion engines and fossil fuels.

“We don’t see a reason for it as well. The performance and driving experience you can get out of an electric vehicle is astonishing.”

As for the all-important soundtrack which is a common bargaining chip among hypercar shoppers, that’s also covered.
“Sound is something we’re spending a lot of time on. There will be an exciting sound… maybe even different. We will have our own sound,” he smiles.

The challenges of craftsmanship 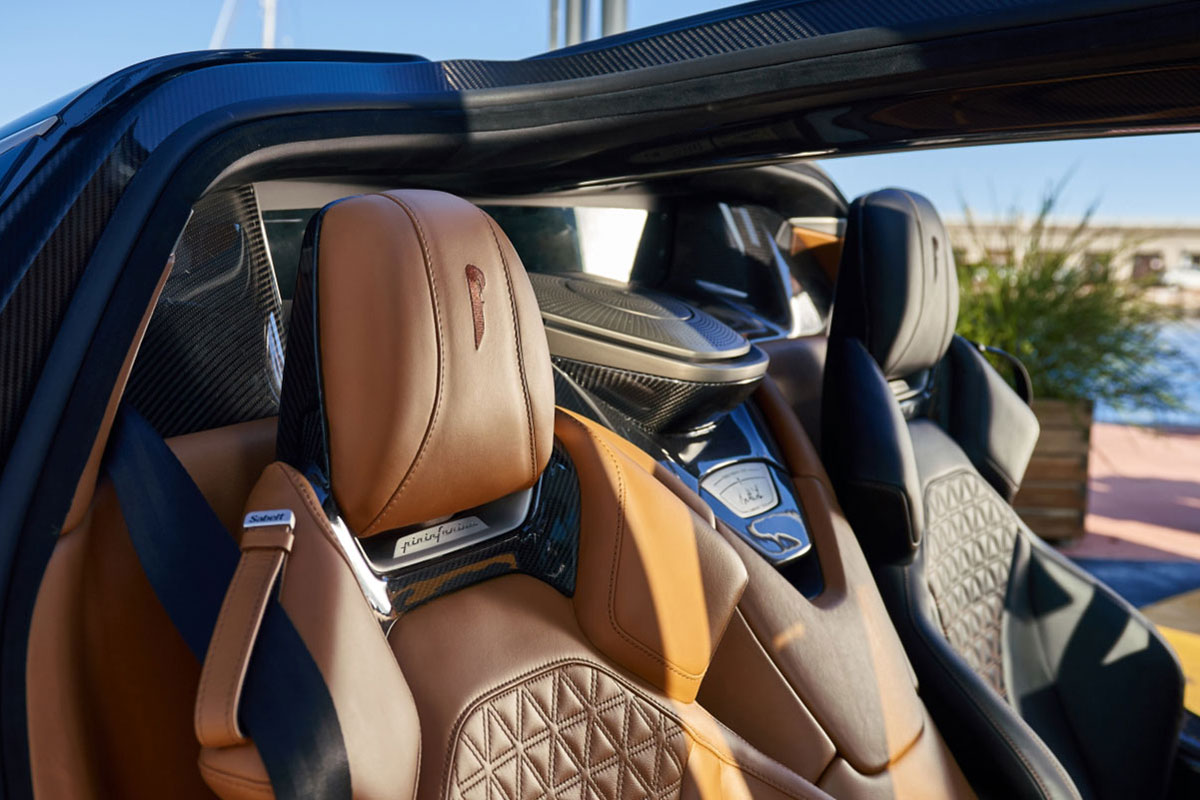 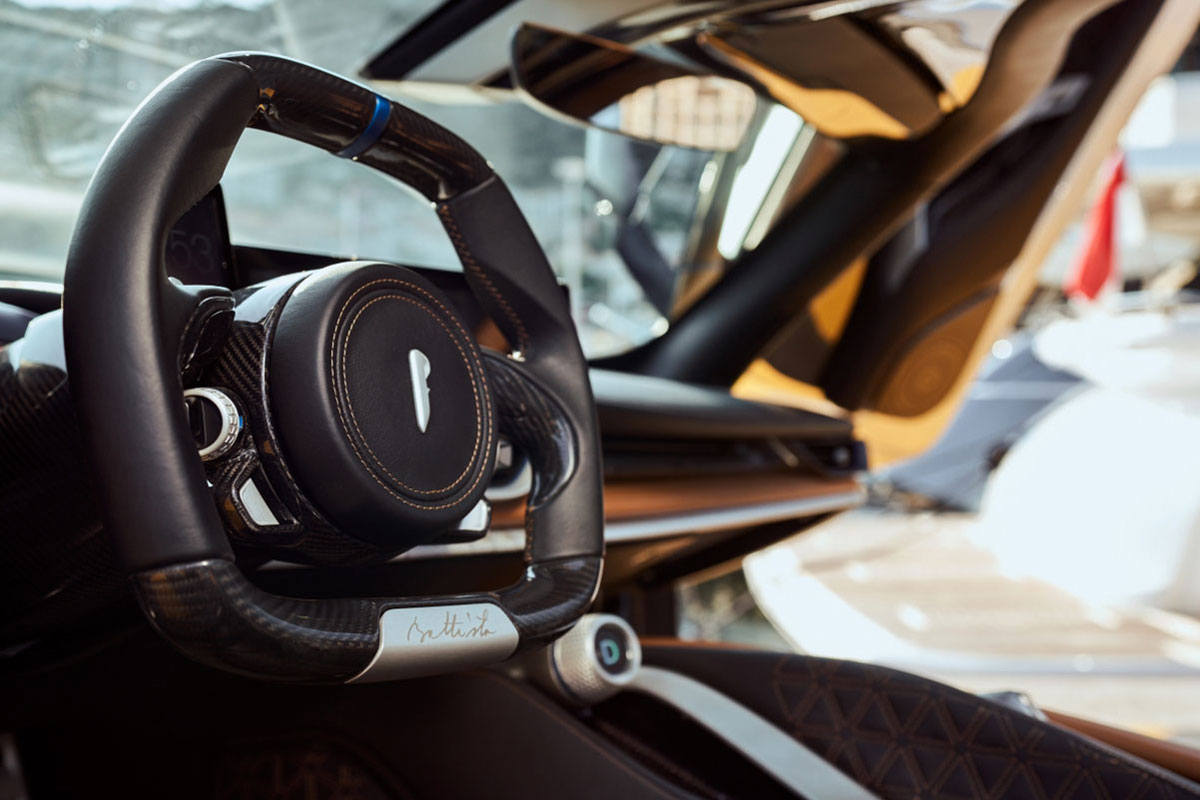 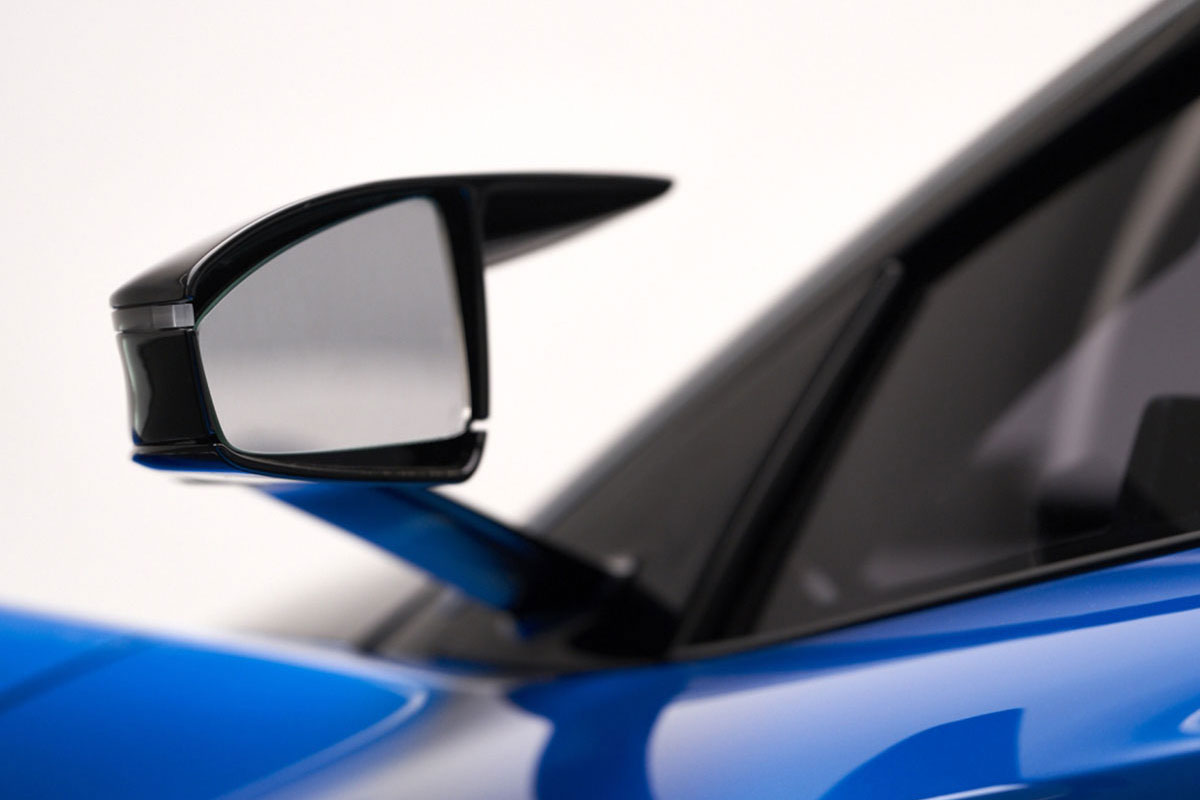 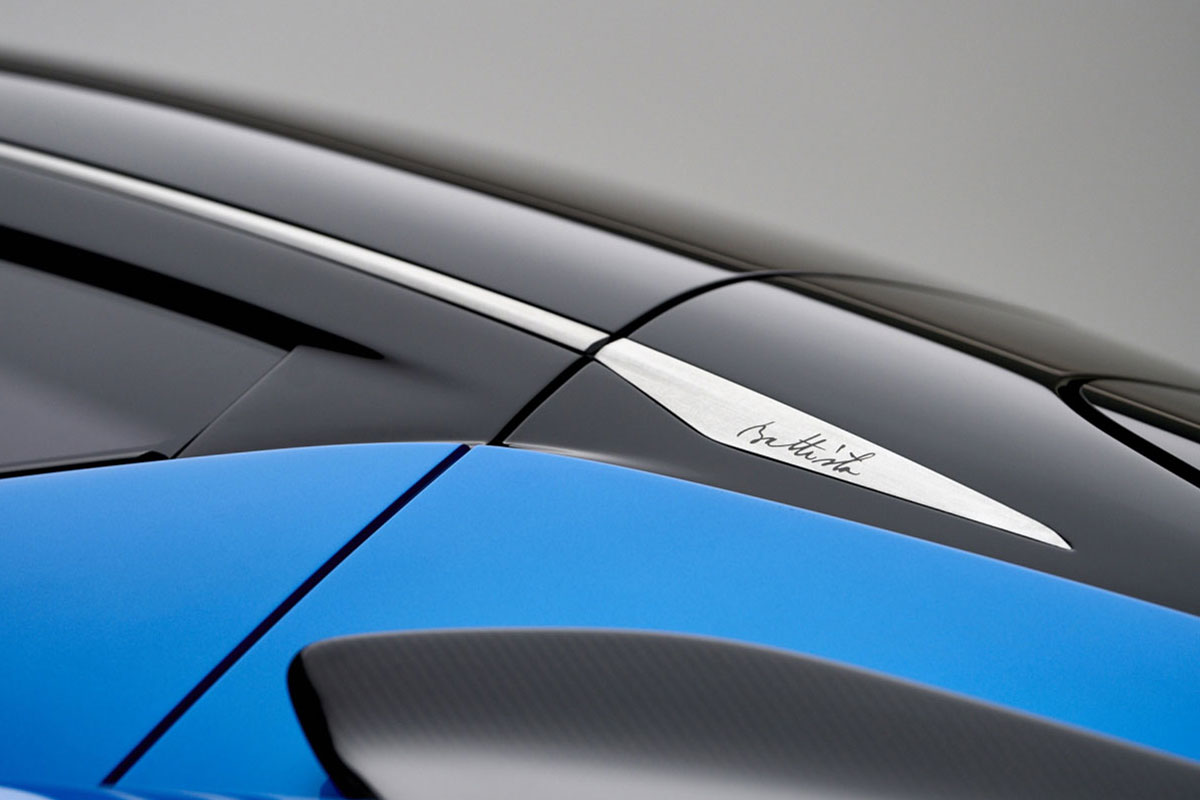 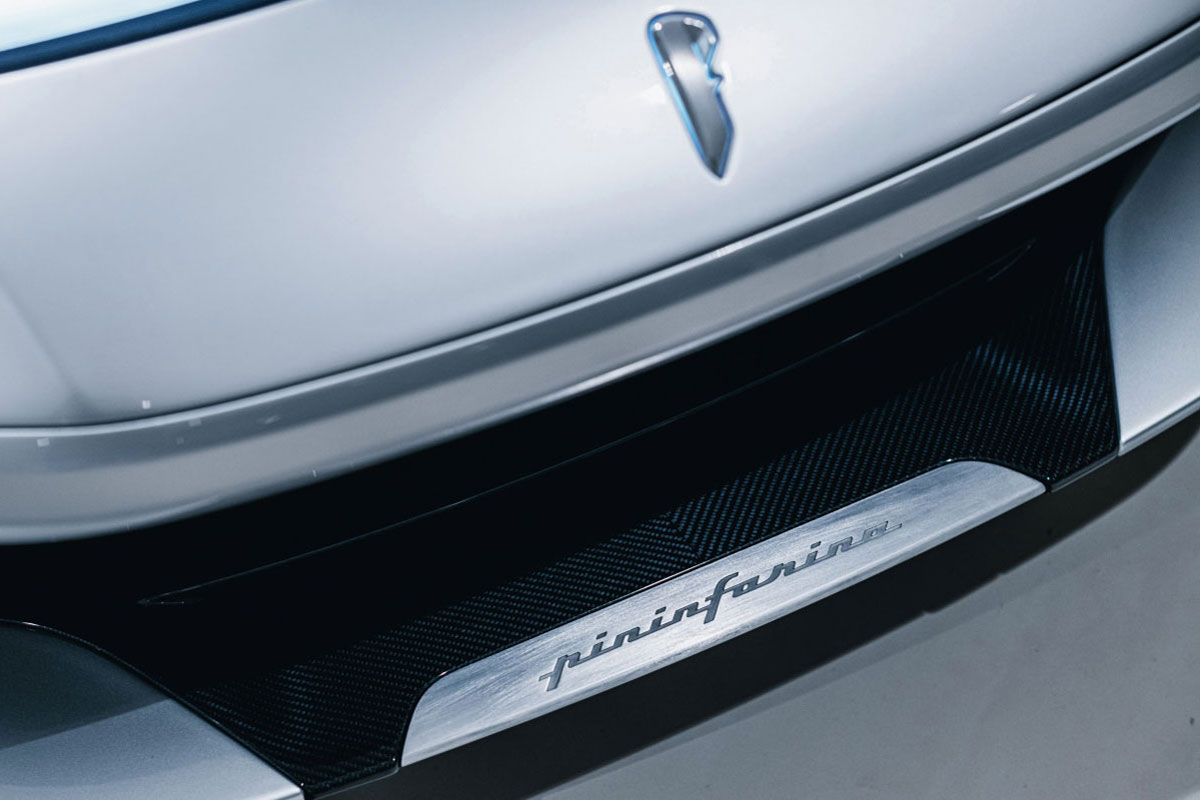 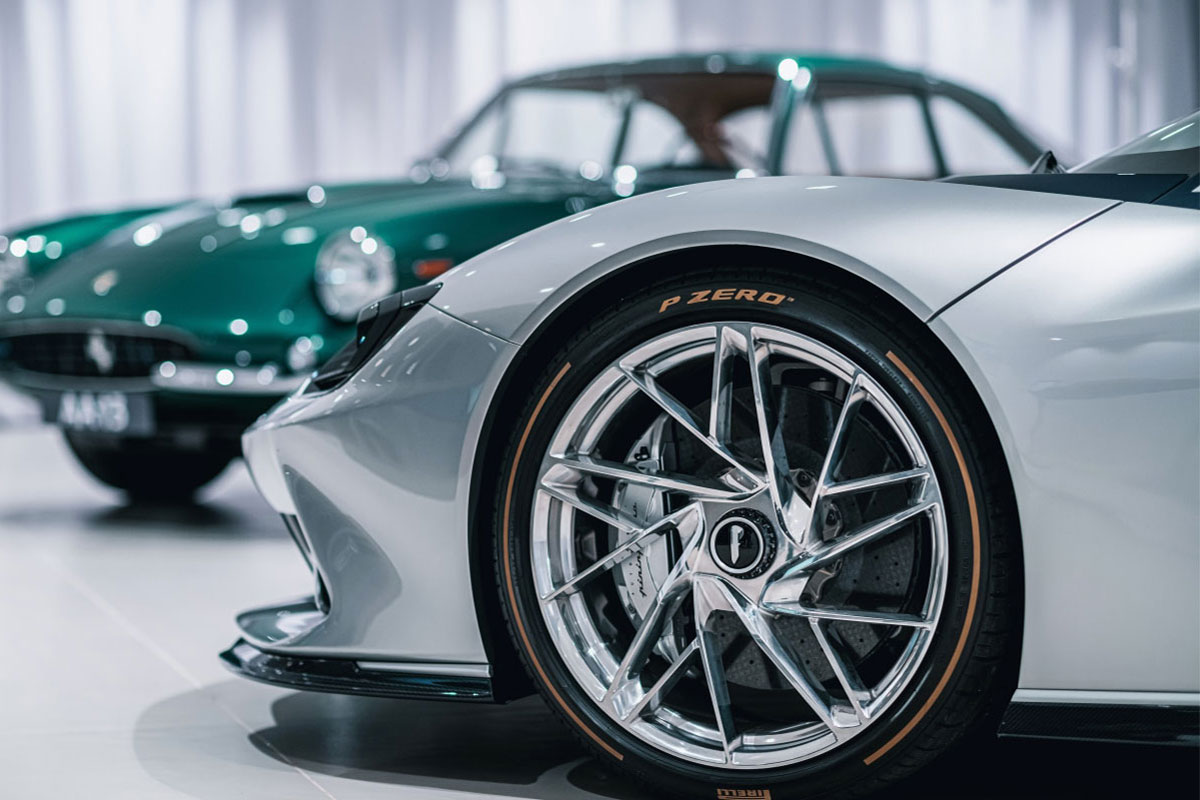 Designing and building the most powerful road-legal sports car to ever come out of Italy can’t avoid a few obstacles – even for a low-volume car like the €2.6 million Battista Anniversario, of which five will exist.

“Creating a car is a very complex process. I’ve been involved in a lot of car projects and I’ve never experienced one being straight-forward. We have a lot of cutting-edge technology on this car so we obviously had our ups and downs in testing,” says Svantesson.

When the Battista finally rolls into customer garages, it will be a special car culminating in a monumental effort from the most talented technology and design partners from around the globe.

The Battista will be hand-crafted in Turin, where Pininfarina has established its headquarters. This will ensure the “sense, feel and touch” of an Italian luxury car alongside the best technology the team could procure.

“It’s no secret that we have selected the best battery cells we could find on the market and they happen to come from Korea. We sourced the best electric motor technology right now and that happens to come from Great Britain.”

“The Battista is creating the brand and showing what we stand for. Making the world aware of what we can do.”

Those looking to get behind the wheel of something more accessible from Pininfarina are also in luck. Svantesson says that while future models will still be limited in volume, it will be slightly more affordable and in line with other top luxury cars in its segment.

Luck of the Swedish

Svantesson has come a long way from lining boot interiors on the assembly lines of Volvo. He’s experienced top-level board positions across a number of large global industrial corporations and this doesn’t even count the years he spent as an entrepreneur and venture capitalist.

Just don’t credit his rise to the CEO of Automobili Pininfarina or the success of the Battista as a result of luck.

“One of my great role models, Swedish alpine ski racer Ingemar Stenmark, was dominating for almost 10 years. A couple of times he won by 100ths of a second; very small margins. They’d say: ‘Today you are very lucky.’ Stenmark would reply: ‘The more I train, the luckier I get.’”

“I think the harder you work and the more you prepare yourself for the tough challenges, you tend to be luckier. Luck comes to the people who seek luck.”