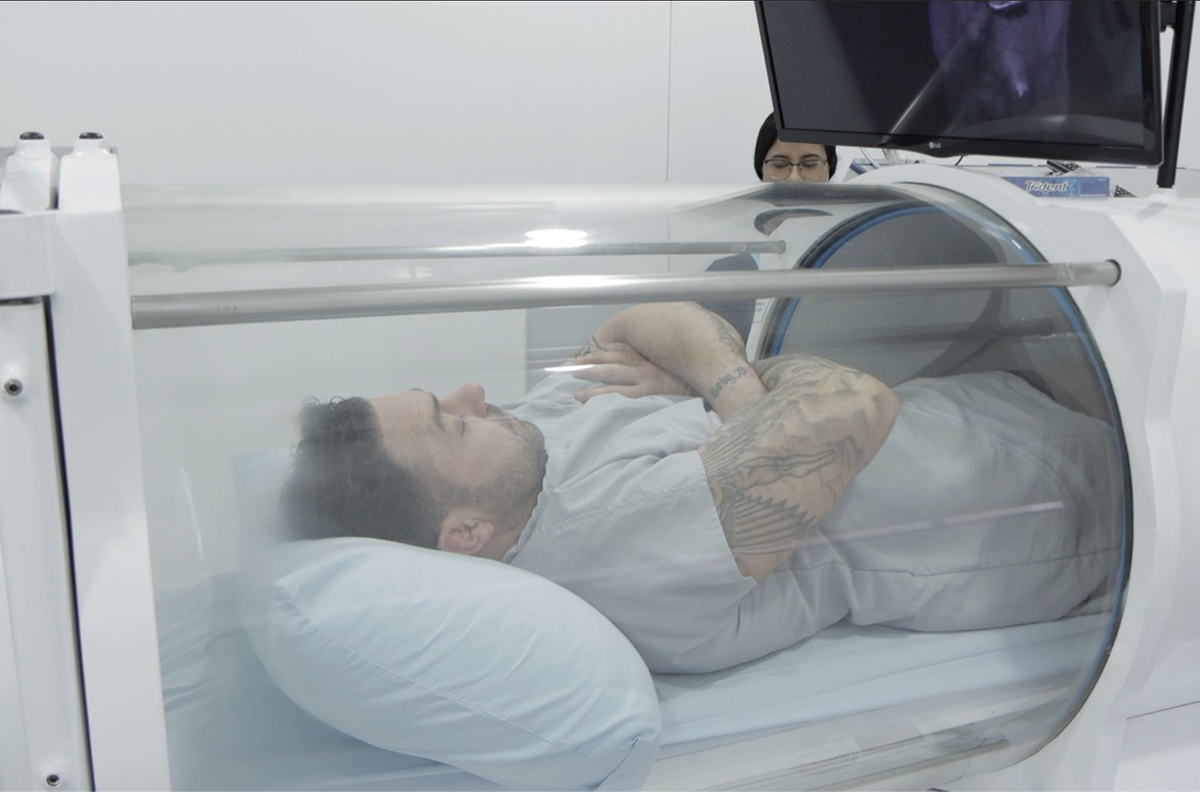 Ageing, which happens over time in humans, has been biologically reversed by hyperbaric oxygen therapy, according to new research published in the journal Aging.

Scientists, led by Yafit Hachmo, from the Research and Development Unit, Shamir Medical Center, Tzrifin, Israel, turned back the human clock for 35 adults aged 64 and older by reversing two key areas of the body thought responsible for the frailty and ill-health that comes with growing older. Protective caps at the ends of chromosomes, known as telomeres, shorten, causing DNA to become damaged and cells to stop replicating as people age. At the same time, senescent cells build up in the body, preventing regeneration.

Increasing telomere length and getting rid of senescent cells is the focus of anti-ageing research, with drugs being developed to target those areas, The Telegraph reported.

The 35 patients were repeatedly given pure oxygen in a hyperbaric chamber, which increased the length of their telomeres by 20%, a feat that has never been achieved before.

Scientists said the growth may mean that the telomeres of trial participants were now as long as they had been 25 years earlier.

The therapy also reduced senescent cells by up to 37%, enabling new healthy cells to regrow. Animal studies have shown that removing senescent cells extends remaining life by more than 33%.

“Since telomere shortening is considered the ‘Holy Grail’ of the biology of ageing, many pharmacological and environmental interventions are being extensively explored in the hopes of enabling telomere elongation,” said one of the scientists involved in the research, Professor Shai Efrati, Director of the Sagol Center at Shamir Medical Center.

“The significant improvement of telomere length shown during and after these unique protocols provides the scientific community with a new foundation of understanding that ageing can indeed be targeted and reversed at the basic cellular-biological level.”

Scientists believe ageing itself is responsible for diseases such as Alzheimer’s, Parkinson’s, arthritis, cancer, heart disease and diabetes.

It is known that obesity, smoking, lack of physical activity, vitamin deficiency and inflammation can speed up the shortening of telomeres, demonstrating that they have a major impact on the length of a life.

The 35 participants did not undergo any lifestyle, diet or medication adjustments. Each patient was placed in a hyperbaric chamber for 90 minutes for five days a week over three months while breathing 100% oxygen through a mask.

The pressurised chamber allows more oxygen to be dissolved into the tissues and mimics a state of hypoxia, or oxygen shortage, which is known to have regenerating effects.

Previous trials have shown that eating a healthy diet can preserve telomere length, while high-intensity training for six months has been proven to lengthen telomeres by up to 5%.

The Israeli team has also previously demonstrated that the pressurised oxygen therapy can improve cognitive decline.

“Until now, interventions such as lifestyle modifications and intense exercise were shown to have some inhibition effect on the expected telomere length shortening,” said Dr Amir Hadanny, Chief Medical Research Officer of the Sagol Center for Hyperbaric Medicine and Research.

“However, what is remarkable to note in our study is that, in just three months of therapy, we were able to achieve such significant telomere elongation – at rates far beyond any of the current available interventions or lifestyle modifications.

“With this pioneering study, we have opened a door for further research on the prolonged cellular impact of the therapy to reverse the ageing process. After dedicating our research to exploring its impact on the areas of brain functionality and age-related cognitive decline, we have now uncovered, for the first time in humans, biological effects at the cellular level in healthy ageing adults.”

The researchers pointed out that the study has several limitations and strengths to consider. First, the limited sample size has to be taken into account. Second, the lack of a control group.

“However, the study suggests impressive results on telomeres and senescent cell clearance, which weren’t observed in other interventions,” said the research paper.