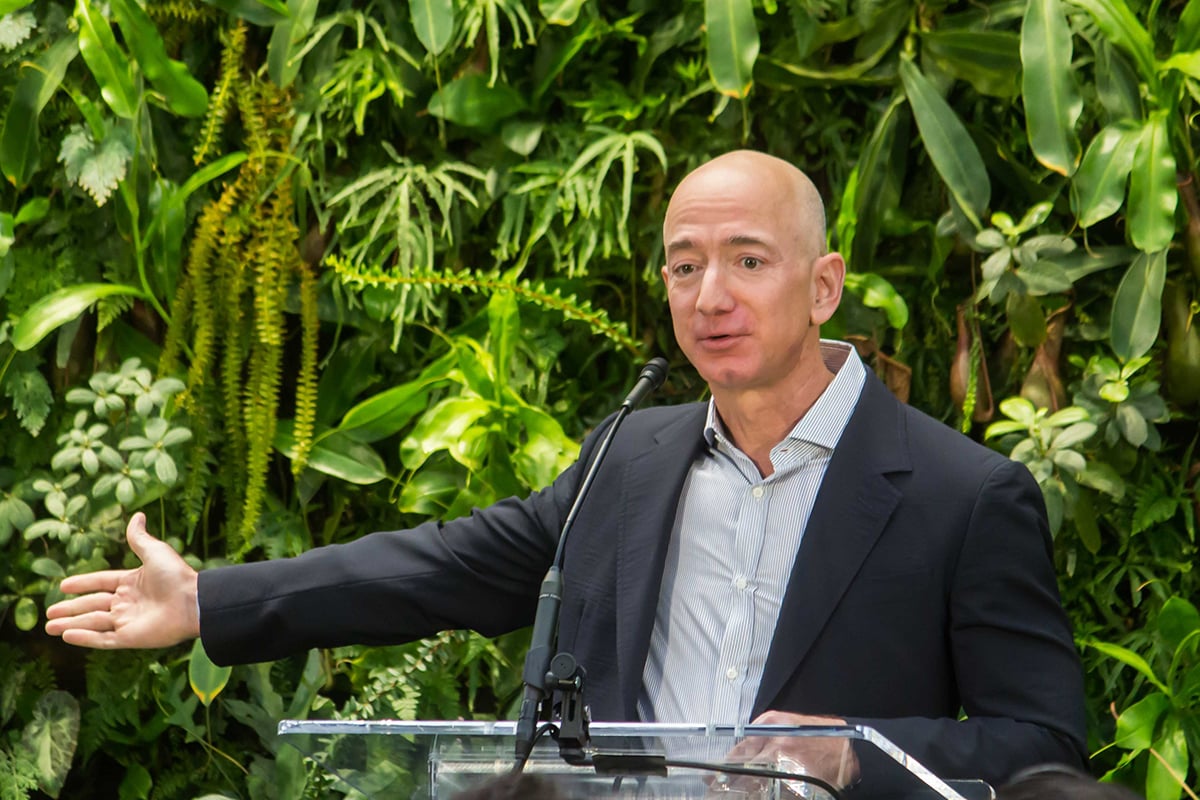 The world’s richest man, Jeff Bezos, the Founder, CEO and President of Amazon, has announced the first beneficiaries of the Bezos Earth Fund.

The announcement of US$791 million, as part of Bezos‘ US$10 billion Bezos Earth Fund treasure chest, makes the 56-year-old the world’s biggest backer of climate activism. In one day, Bezos single-handedly boosted the total amount of climate-related philanthropic funding available in the US by around 11%, Quartz reported.

Bezos Earth Fund’s money is equivalent to more than 7% of his net worth. It is also 10 times as much as philanthropic foundations gave globally in 2018 to efforts to slow climate change.

“I’ve spent the past several months learning from a group of incredibly smart people who’ve made it their life’s work to fight climate change and its impact on communities around the world. I’m inspired by what they’re doing, and excited to help them scale. Today, I’m pleased to announce the first Bezos Earth Fund recipients —16 organisations working on innovative, ambitious and needle-moving solutions. This US$791 million in donations is just the beginning of my US$10 billion commitment to fund scientists, activists, NGOs and others. We can all protect Earth’s future by taking bold action now,” Bezos said on his Instagram page.

The organisations represented in the investments all have solid reputations for climate activism. The largest individual grants (US$100 million) go to top Washington DC environmental groups including the World Resources Institute, Environmental Defence Fund and Natural Resources Defence Council.

“This generous gift from the Bezos Earth Fund enables Natural Resources Defence Council to move even faster on achieving the climate solutions we need at the federal, state and local levels to protect people’s health, strengthen nature’s ability to help fight climate change and grow the clean energy sector and all the jobs that come with it,” Natural Resources Defence Council administrator Gina McCarthy said in a statement.

The Bezos Earth Fund is Amazon’s answer to its own record on carbon emissions. Amazon has pledged to reach carbon neutrality by 2040. Its most recent sustainability report showed that its carbon footprint, for now, is rising quickly —up 15% in 2019 compared to 2018, when the company disclosed its emissions for the first time.

On the same day of the Bezos Earth Fund guarantees, E&E News reported that only one of the company’s 115 registered lobbyists in Washington is focused on climate (a lobbyist who also happens to represent French oil major Total).

“Bezos has to give away a lot of money to get the climate change ‘halo’,” Matthew Nisbet, a professor of environmental communication at Northeastern University in Boston, Massachusetts, told Quartz.

“The easiest way is to make the rich richer and feed into conventional approaches to the problem.”

Natural Resources Defence Council, World Resources Institute, Environmental Defence Fund and the World Wildlife Fund had combined net assets in 2019 of about US$1.2 billion. The Nature Conservancy, which owns a lot of land, has net assets of US$7.7 billion.