Four lessons Zuckerberg and Chan have learned from philanthropy

"Kids like Mila and parents like Julia are why we’re in this work,” wrote Mark Zuckerberg and Priscilla Chan 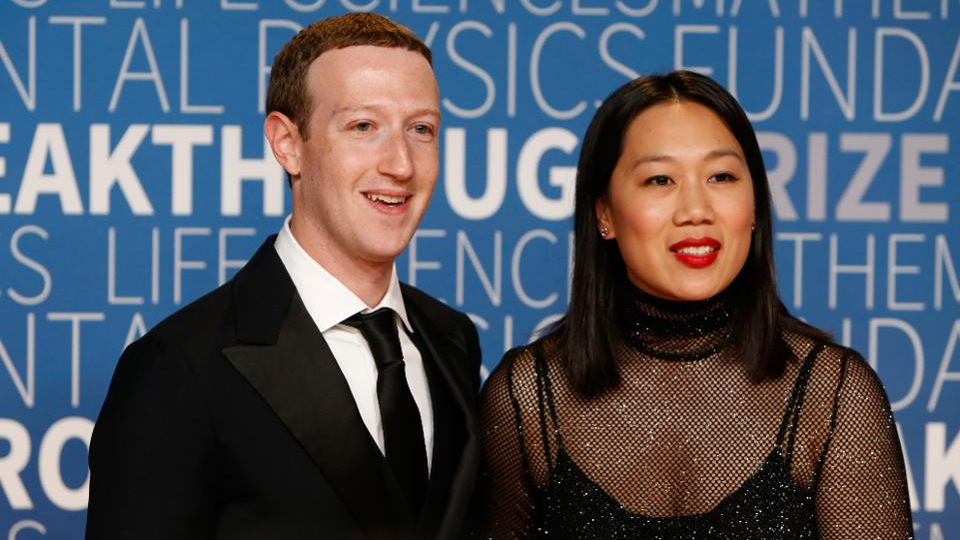 Mark Zuckerberg and wife Priscilla Chan have revealed the four lessons they have learned from the five years running the philanthropy Chan Zuckerberg Initiative.

“We didn’t know it back in 2015 but becoming new parents and starting a philanthropy actually have a lot in common. You’re simultaneously exhausted, overjoyed and full of adrenaline,” the couple wrote in the Chan Zuckerberg Initiative’s annual letter. “You stress over every little detail and decision. When you’re up in the middle of the night, you’re filled with both hope and concern for the future — their future.

“Five years later, Max and her sister, August, have grown so much. So has CZI – and so have the tremendous challenges facing our communities, from the longstanding inequities caused by systemic racism to new hardships inflicted by a global pandemic and economic crisis.”

Zuckerberg and Chan said that 2020 had shown them a responsibility to engage with a spirit of learning, a commitment to accountability and space for growth.

“Now more than ever, we feel the urgent call to step up, do better, and help accelerate change. And today, as we reflect on what we’ve learned over the last five years, and the values at the heart of our work, we’d like to focus there,” they wrote.

In five years, the Chan Zuckerberg Initiative has provided grants totalling US$2.71 billion, with US$888 million to science, US$656 million to education and US$603 million to family giving.

“These investments are not just targeted to achieve far-off goals. They are helping to create the infrastructure needed to tackle the here and now,” said Zuckerberg and Chan.

“In 2020, our partners and teammates came together to leverage these long-term investments in scientific research, infrastructure and technology – quickly and in entirely new ways, in order to help understand and slow the spread of a fast-moving pandemic,” Zuckerberg and Chan said.

“One tool that came out of the CZ Biohub and CZI collaboration is IDseq, invented by Dr Joe DeRisi. The software can help researchers identify a virus by its genetic sequence – and help scientists detect and study disease outbreaks with the aim of preventing future pandemics. In January, researchers in Cambodia used the tool to identify and confirm the country’s first COVID-19 case and trace it back to Wuhan.

“Weeks later, when (California) Governor Gavin Newsom signed an executive order that provided more flexibility in how diagnostic laboratories were staffed, CZ Biohub sprung into action. In just eight days,it transformed an empty laboratory into one of the nation’s leading COVID-19 testing facilities – a process that would normally take months to complete! With a focus on communities in our own backyard, CZ Biohub began serving hospitals, prisons, homeless shelters and nursing facilities across the state, and eventually, every county health department in California. Serving as a critical bridge for the state as testing capacity ramped up, the lab processed more than 165,000 free tests for Californians.

“CZI and CZ Biohub also launched the California COVID Tracker to analyze the data and better understand where the virus is spreading across the state. The goal is to give local health authorities the timely information they need to protect their communities and slow the pandemic’s spread,” Zuckerberg and Chan added.

Chan Zuckerberg Initiative’s Lesson two: the world only changes when we change it together

“By bringing together unlikely partners, we hoped to drive rapid innovation on problems that would otherwise be intractable,” Zuckerberg and Chan wrote. “Today, those partnerships are exceeding even our own expectations.”

CZI’s Neurodegeneration Challenge Network has brought together experimental scientists from diverse research fields, along with computational biologists and physicians, to understand the fundamental biology of neurodegenerative disorders. Their shared aim is to develop new strategies for the treatment and prevention of neurodegenerative diseases, such as Alzheimer’s, Parkinson’s, Lou Gehrig’s and Huntington’s diseases.

“We started CZI because we believe everyone deserves the chance to reach their full potential. But systemic barriers have long denied many Black, Indigenous and Latinx people that chance. So as we work to build a better future for everyone, we know it requires centring on those who have been politically, socially and economically marginalized and disenfranchised,” Zuckerberg and Chan said.“While we have made some key investments in the last five years to advance equity, we must go further to consistently and systematically apply a racial equity lens across all of the areas in which we work.”CZI is committed to ensuring racial equity is reflected across its issuing of grants. It has earmarked “an initial US$500 million over the next five years” to support organisations and leaders fighting for racial equity in areas of CZI focus.

Zuckerberg and Chan wrote about a rare disease advocate named Julia, who spoke at a Neurodegeneration Challenge Network event, a few months ago. She had spent years trying to find out why her daughter Mila appeared to be getting weaker as she got older. Eventually Mila was diagnosed with a rare form of Batten disease, which itself is extremely rare. Julia was told her daughter’s condition was fatal, that there was no cure, and there was little research being done.

Julia found Dr Timothy Yu, a physician-scientist in Boston. Together, they developed a new, personalised treatment for Mila that has prolonged and improved her life and could eventually ensure that children born with Batten disease never experience symptoms at all.

“Kids like Mila and parents like Julia are why we’re in this work. As Julia puts it, there are tens of millions of Milas out there. If philanthropies like ours can gather the right people together, and build the right infrastructure, we can join them in their fight. As we dig into the work, we are focused on people, their lives and how we can affect change together,” Zuckerberg and Chan said.

“That’s what we’re going to keep working to do, in partnership with our community and partners in science, education, justice and opportunity. Not just for the next five years, but the rest of our lives.”