How we made a four-day week permanent

"To fit five days’ worth of work into four, we knew our already high levels of productivity would have to increase. We saw a 26 per cent uplift in productivity." 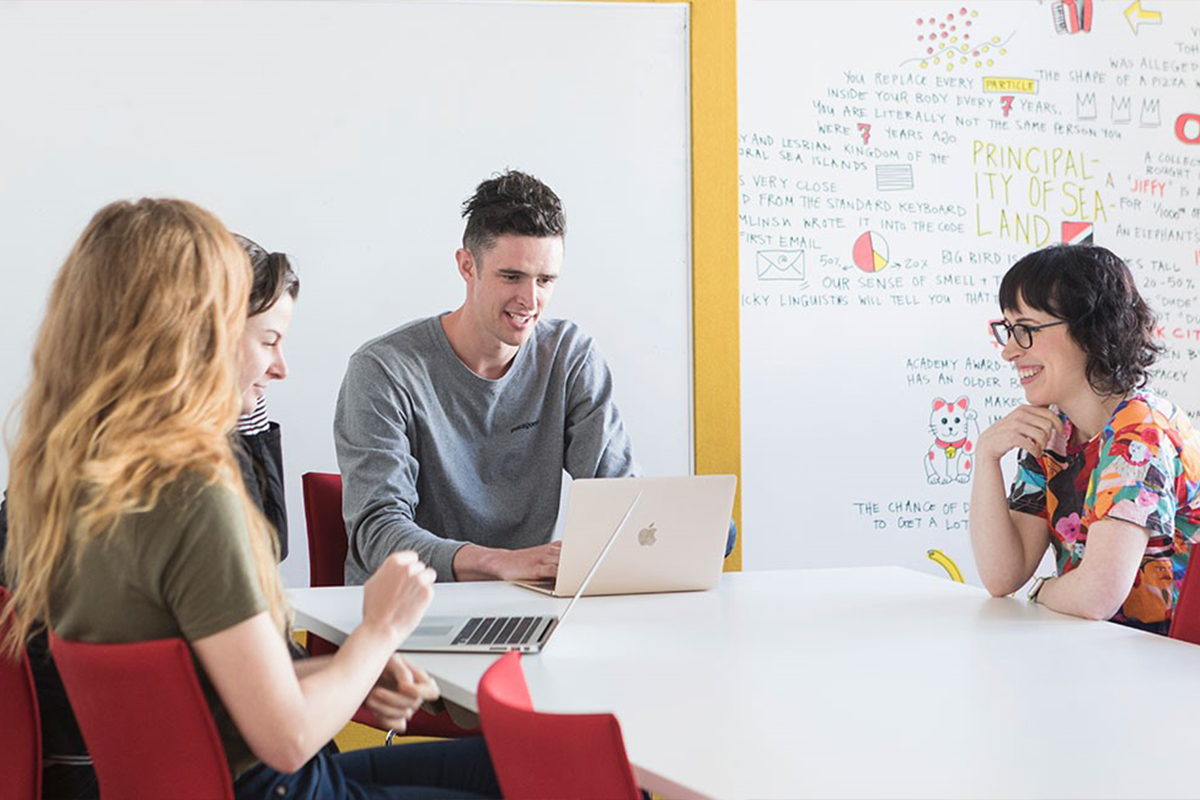 Imagine it’s 6am on a Friday. You wake up, about to get ready for work, but then you remember – you don’t have to go to work. Instead, you have a blissful three-day weekend ahead. Now imagine that you get to experience this feeling every single Friday morning. Yet, you’re still on a full-time salary on a four day week.

This is what life is now like at Inventium. Back in July last year, Founder Dr Amantha Imber ran an experiment to see if she could improve the Australian company’s productivity and fit the work into four normal, eight-hour days – yet still get paid for five. Seven months on, she’s sharing that the experiment was a huge success.

“Being a team of science geeks, we collected baseline measures around engagement, wellbeing, productivity, intention to leave and other pertinent variables we were keen to see if the initiative shifted. Data was collected literally every week and just before Christmas, we crunched the numbers,” Amantha explains.

“Inventium met its financial target two months early. Considering Melbourne spent the better part of last year in lockdown, this was a huge success. While meeting financial targets was important, our motivation for trying the four-day week was to continue improving the employee experience. Last year was a devastating one for many people and we wanted Inventium to provide a positive experience for the team in among a lot of negative ones.

“Employee engagement at Inventium was already very high prior to the four-day week experiment. Our engagement scores were in the top 10 per cent for our industry, management consulting. At the end of the experiment, engagement had risen to the top one per cent, along with job satisfaction increasing by 12 per cent and energy levels increasing by 21 per cent. Stress levels reduced by 18 per cent, which was impressive given the majority of the team spent most of the last half of 2020 in lockdown.

“To fit five days’ worth of work into four, we knew that our already high levels of productivity would have to increase. We all worked hard at this and saw a 26 per cent uplift in productivity among the team.

“I discussed the metrics and results in detail on my podcast How I Work, but it was a unanimous success without a single downside.”

What did you do to make the four-day week work?

“There were several strategies I can attribute to how we made the four-day week work for Inventium,” Amantha shares. “First, the initiative was lead from the top. Inventium’s CEO, Michelle Le Poidevin, was almost always able to take Fridays off (Friday was selected by the team as the day we would all take off). Had Michelle not done this, I suspect others on the team may have felt ambivalent about not working on Friday.

“Given Inventium works with organisations all around the world training them how to work more productively, the team’s productivity was already incredibly high. However, we doubled down on several strategies to further improve productivity.

“For example, meeting minimisation was a big focus. We used a strategy called PAO (Purpose, Agenda, Outcomes) and no one was able to schedule a meeting unless it had a PAO. As a result, less meetings were set because oftentimes, the person who was about to set the meeting decided an email would suffice. In addition, we deliberately defaulted to asynchronous communication as a team, which also eliminated a lot of unnecessary time spent in meetings. And when we did meet, everyone was fully engaged, present and prepared, meaning we used our time wisely.

“Staff were given full autonomy in whether they were able to take Fridays off every week (on average, staff took the Friday off 70 per cent of the time). Several members of the team broke down their six-monthly goals into quarterly, weekly and daily goals. This process made it easy for them to work out whether they could take the Friday off guilt-free, based on how they were tracking towards their goals.

“Given the unanimously positive results, we announced to the team in December that the four-day week would become a permanent fixture at Inventium. We called the initiative ‘Gift of the Fifth’, which serves as a reminder that if you are able to get your work done in four days, you receive the gift of time. The time might be spent with family, in their community or even having some much needed ‘me time’. And in this busy, chaotic world, I truly believe that time is one of the most meaningful gifts that business leaders can give their people.”