Nestlé's popular global confectionery bar is the first to be available in a plant-based option. 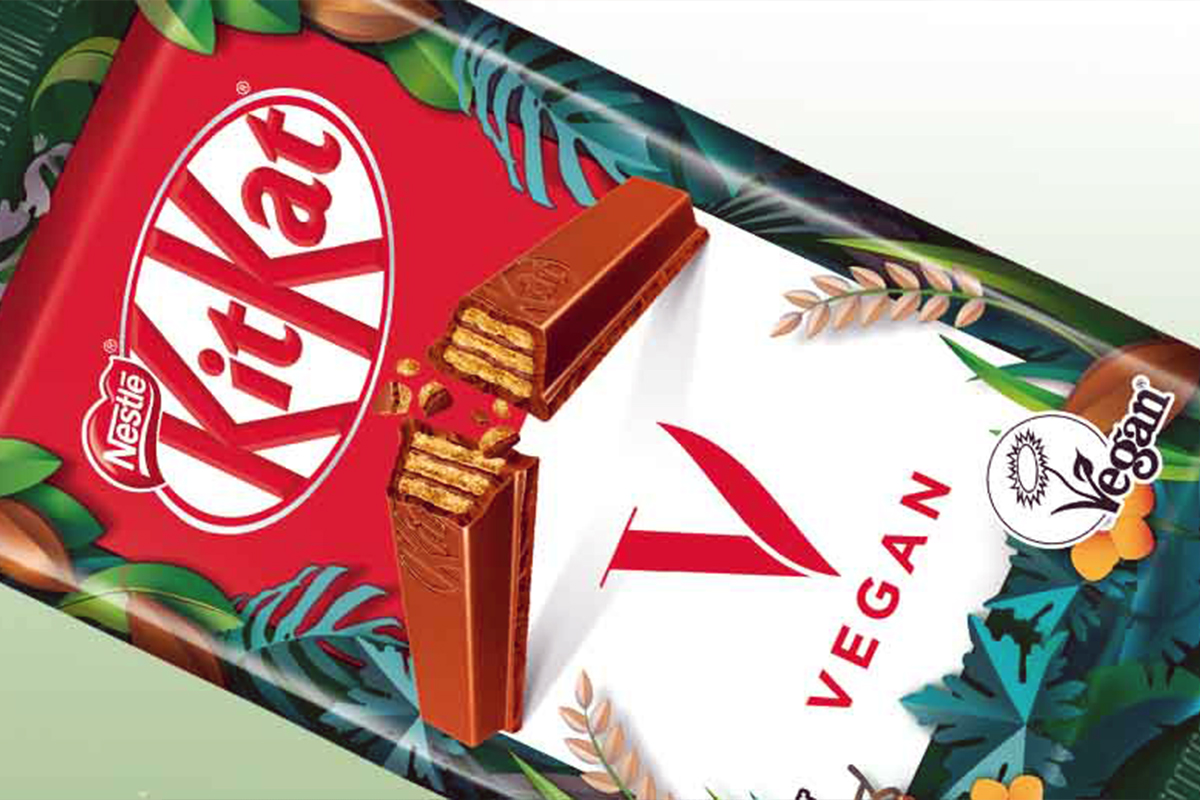 Nestlé has announced that one of the world’s most popular confectionery bars, KitKat, is going vegan.

“One of the most common requests we see on social media is for a vegan KitKat, so we’re delighted to be able to make that wish come true,” Alexander von Maillot, Head of Confectionery at Nestlé, said in a media statement. “I can’t wait for people to be able to try this amazingly tasty new KitKat. This is a product for everyone who wants a little more plant-based in their life!”

KitKat is the first popular global confectionery bar to go vegan. Mars has introduced a vegan version of its Galaxy bars in the UK. Mondelez International’s Cadbury is trying to develop a plant-based milk chocolate and Lindt & Sprüngli has started selling oat milk-based chocolate bars through its Hello label.

The new KitKat – called KitKat V – will be launched later in the year in several countries. It will be available through the KitKat Chocolatory website and selected retailers to test for a wider rollout.

KitKat V was developed by chocolate experts in Nestlé’s confectionery research and development centre in York, UK, the original home of KitKat.

“Taste was a key factor when developing the plant-based chocolate for our new vegan KitKat. We used our expertise in ingredients, together with a test and learn approach, to create a delicious vegan alternative to our original chocolate KitKat,” said Louise Barrett, Head of the Nestlé Confectionery Product Technology Centre in York.

With the popularity of plant-based foods increasing, even major UK retailer Marks & Spencer has introduced its Plant Kitchen vegan range.

“There is a quiet food revolution underway that is changing how people eat. We want to be at the forefront of that, championing the discovery of plant-based food and beverages. What better way to do that than offering a vegan version of one of our most famous and much-loved brands? The new KitKat V means chocolate lovers now have a great plant-based option when they have a break,” said von Maillot.

The main challenge in making alternatives to milk chocolate is ensuring it blends well with cocoa and sugar for a creamy texture. KitKat V uses a rice-based formula as a milk substitute, which took about two years to develop.