Powerful business partnerships that are solving humanity’s most complex issues

We take a look at powerful partnerships in the business world that have been formed to find solutions to the most complex issues facing humanity today. Amid the race to find answers to some of the most pressing issues of our modern world, a growing number of companies are setting their differences aside and joining forces for the common good. Strategic partnerships are being formed by the most unlikely collaborators to tackle issues ranging from COVID-19 to climate change.

The concept of co-opetition – a neologism blending cooperation and competition – has been around since the beginning of the 20th century. While co-opetitive partnerships have traditionally existed to cut costs, trade skills or increase joint market share, a new wave of alliances aimed at addressing global challenges is emerging.

In 2010, the Global Fund, the Gates Foundation and Coca-Cola came together to create Project Last Mile. The soft drink giant shared its valuable supply chain and distribution intel with the not-for-profits to improve the availability of essential medicines and vaccines in remote parts of Africa. Since its inception, Project Last Mile has reached more than 35 million people across 12 African countries.

During the pandemic, supply chain and transport companies such as UPS, DHL and DP World partnered with the World Economic Forum and UNICEF to distribute COVID-19 vaccines around the world. More than 1.5 million doses were shipped to 145 countries through the COVAX initiative. While these large-scale efforts are impressive, collaborating for social change is far from being the exclusive domain of big corporations and not-for-profits. Co-Founder and CEO of Start Some Good, Tom Dawkins, helps his clients launch social enterprises and impact projects that are backed by the company’s crowdfunding platform.

“I was surprised to get a call from an ad agency on behalf of ING Direct one day,” he recalls. “ING wanted to go beyond grant giving and leverage crowdfunding as an engagement tool as well as support social entrepreneurs, so we worked with their team to develop the Dreamstarter program. ING calls for applications from startup social enterprises and we select six to eight of them per round, and help them design great crowdfunding campaigns.

“ING then makes a commitment for the first chunk of funds towards the campaigns, conditional on the remainder being raised. We flipped it around from the traditional crowdfunding model where the thermometer starts at zero and the company doubles the amount once the target has been reached. It’s made a big difference because people are more likely to contribute if they see someone else has gone first.”

“I’ve discovered that unusual partnerships are often the most impactful.” – Tom Dawkins

Since Dreamstarter launched in 2013, ING Direct has helped raise about US$1.2 million for emerging social enterprises with 64 per cent of the funds raised coming from the community. “Over the last seven rounds, we had a 100 per cent success rate,” Dawkins says. “ING has put in nearly A$1 million [US$674,000], but we turned that into so much more.”

Start Some Good has formed numerous other partnerships with unexpected allies over the years, and Dawkins wouldn’t have it any other way. “I’ve discovered that unusual partnerships are often the most impactful,” he points out.

“When you bring in a partner like ING, you also bring in a lot more resources and support than you would otherwise. Some people draw a line in the sand between what a social enterprise is and isn’t, but that definition is too narrow. We’re happy to create social positive campaigns for entities that are clearly not social enterprises. It’s all about the impact we can make together.” 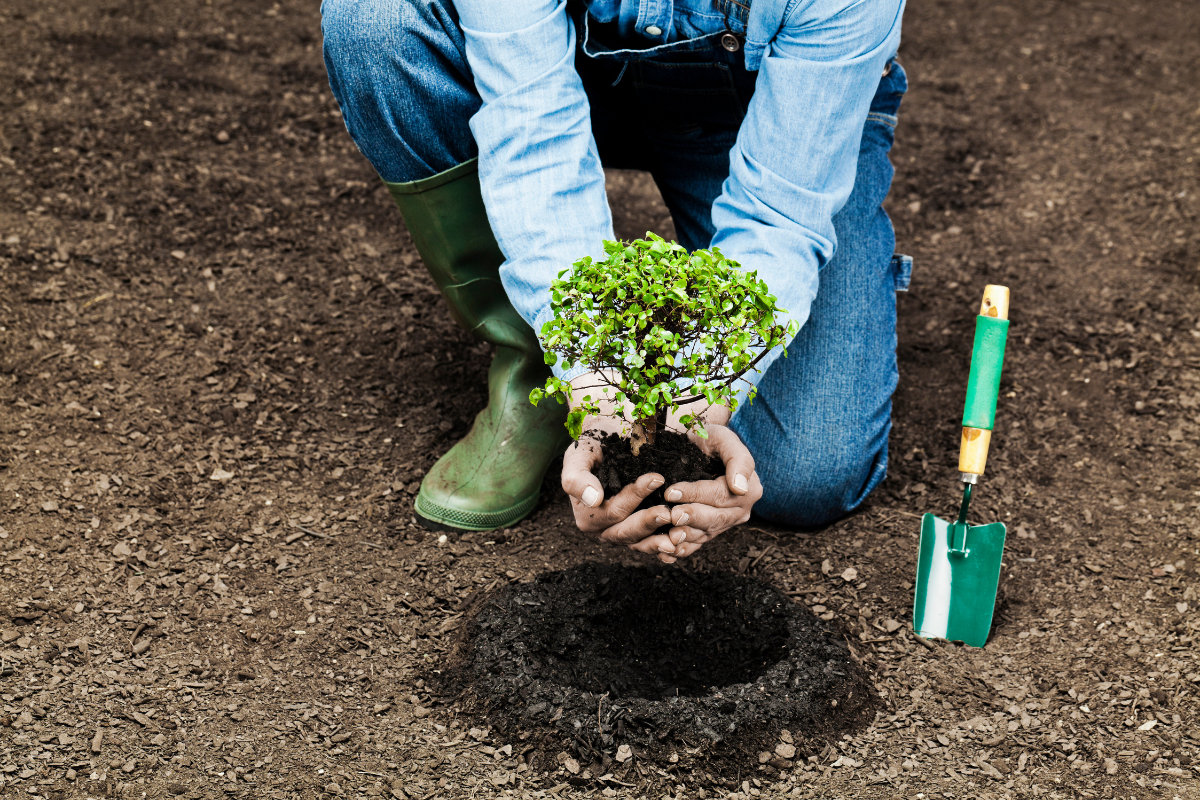 “When things fell quiet at our travel tech company, Stasher, during the pandemic, we decided that rather than waiting for the world to go back to normal, this was the perfect time to direct our energies towards doing something about climate change,” Collias explains.

The model is simple. After estimating their emissions using Treepoints’ calculator, companies sign up to fund high-impact carbon offsetting, tree planting and plastic recycling initiatives from US$8.50 a month. They can then track their progress and earn rewards from Treepoints’ sustainable partners.

Collias reveals Treepoints is open to working with any company that wants to make a difference. “We want to make sustainability actions accessible to everyone,” he says. “However, we understand that there’s a huge issue with greenwashing.

“That’s why our personal relationships with our partners are so important because they enable us to understand why they’re choosing to work with us. We’ve never actually felt that we were being used as a greenwashing tool, but if we did we would have an honest discussion with our partner.”

“We want to make sustainability actions accessible to everyone.” – Anthony Collias

With some tree-planting schemes attracting criticism for being more harmful than beneficial when proper care isn’t taken to choose the correct species and care for the trees, Treepoints carefully selects all its projects with a risk matrix.

“We’re proud of all the projects we support, but I do particularly love the techniques used by one of our tree-planting partners,” Collias reveals. “Trees for the Future identified a problem that leads to hundreds of millions of chronically hungry, smallholder farming families unknowingly using destructive and short-sighted agricultural practices that further degrade their communities, trees, soil, water and biodiversity. This makes them even more likely to migrate and more vulnerable to the climate change that lies ahead. It’s a vicious cycle.

“Trees for the Future’s Forest Garden Approach focuses on ending poverty and hunger in Africa by training farmers to regenerate their land. After the initial set-up, they don’t leave the farmers on their own. They teach farmers about advanced Forest Garden management and conservation to optimise long-term health and productivity of the land, and implement a sustainability strategy for the future with each farmer.”

By partnering with social enterprises such as Start Some Good and Treepoints, companies can make a meaningful impact on some of humanity’s most critical issues. “Our mission at Start Some Good is to increase the pace of innovation for change and we believe the way to do that is to reduce some of the barriers,” Dawkins says. “We want to help create a world where anyone can be a changemaker.”

Sabrina Rogers-Anderson has been a freelance writer for 25 years. Her work has been published in magazines and on websites around the world and she’s the author of two books. Originally from Canada, she now resides on the Sunshine Coast in Queensland, Australia.