“Keeping time is not the point”: Maximilian Büsser

A maverick of the watchmaking industry, Maximilian Büsser is a master of the kinetic art of creating fantastical horological machines. 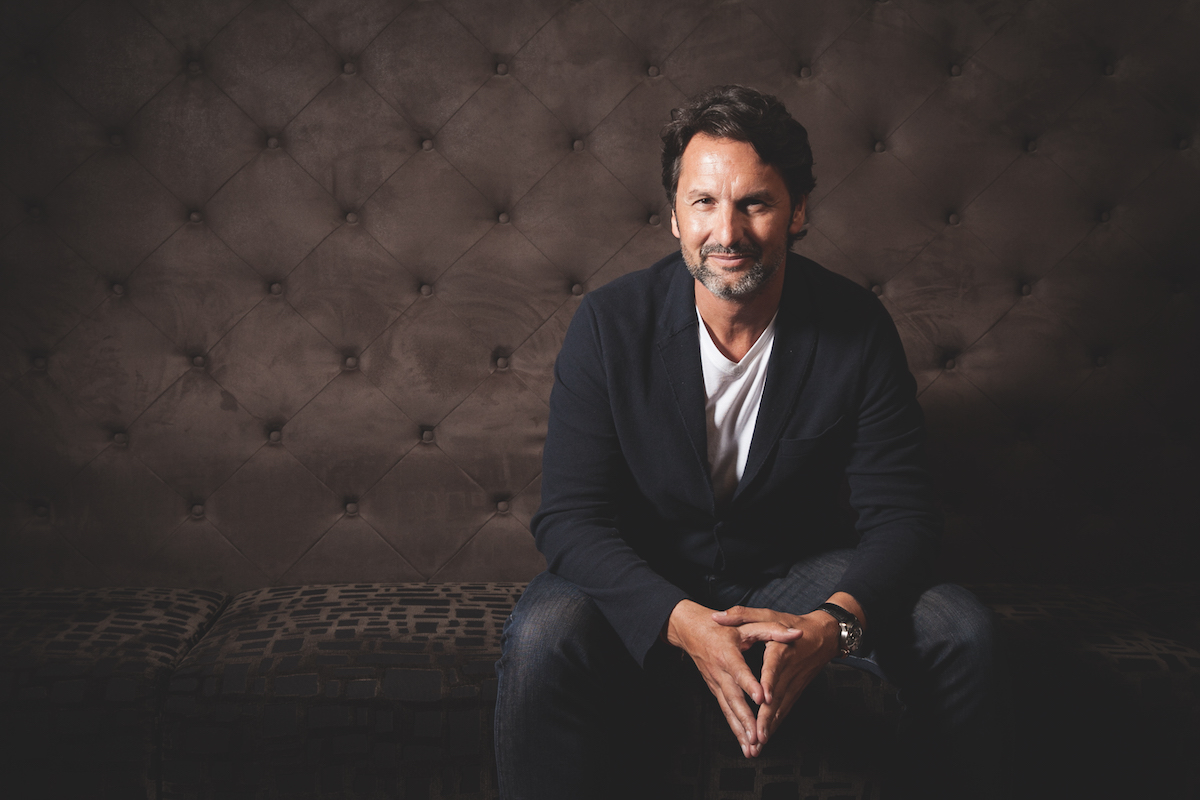 Looking at Maximilian Büsser and Friends’ (MB&F) timepieces you’d be forgiven for shaking your head and asking ‘What the hell is this all about?’, laughs the company’s 52-year-old founder Maximilian Büsser.

Recently winning a coveted 2018 Prix Gaia for Entrepreneurship for his creative approach to watchmaking, Büsser’s high-end masterpieces are an artistic collection of shiny, often futuristic-looking horological machines. “I believe that watchmaking is an art,” he explains.

Büsser is determined to do things differently, not in order to rebel against the industry but because of a fierce need to be true to himself. This is clear not only in MB&F’s creations, but also in the innovative way Büsser runs his company. “We have an amazing business model,” he says, proudly.

After gaining a Master’s in Microtechnology Engineering from EPFL in Switzerland, Büsser, who is half Swiss and half Indian, tells The CEO Magazine how he was lured away from engineering by the beauty of horology.

He cut his teeth on watchmaking 27 years ago at Jaeger-LeCoultre, before being headhunted at age 31 for a managing director role at Harry Winston Timepieces where he worked for seven years, turning the brand around from CHF8 million (A$11 million) to CHF80 million (A$111 million) in revenue.

But despite these career wins, Büsser was unhappy. “The bigger Harry Winston grew, the more I should have been proud and happy, but the less I was. I realised I hated my life and that I needed to change everything completely. Since then, with everything I do, I try to be proud of myself so I can look back and say I did well.

“As a kid, I was very creative but when I started working I was creating products because I thought people would like them. I had sold out – I wasn’t creating what I believed in. I wasn’t following the path I wanted to follow, and I knew that couldn’t last.”

And so, in 2005, Büsser resigned and founded MB&F. “I decided to make only these crazy machines I had in my head, and not take any account of what other people thought,” he says. “I started deconstructing beautiful, traditional watchmaking and reconstructing it as a kinetic sculpture. That’s what makes me happy, to create.”

Using his savings, Büsser started the company and worked alone in his flat for the first two years, without a salary. By the third year, he had delivered his first pieces and was able to hire staff. Fast-forward 13 years to today, and the company has hit CHF17 million revenue and has 25 staff. 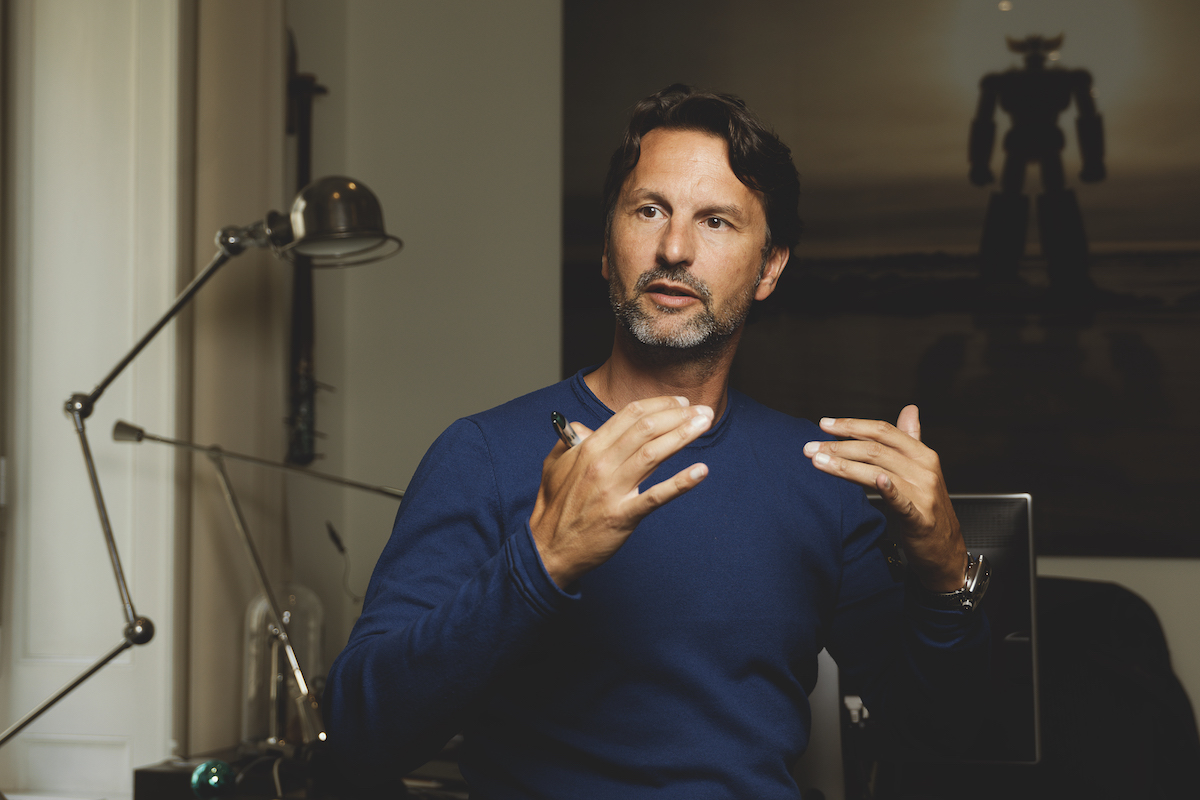 To ensure full creative freedom, Büsser has never sought investment, though he does admit that the stance comes at a price. “A mechanical movement like ours takes three to four years to develop and millions of francs. However, I’m free to do whatever I want, to create whatever I want; I have no investors who want growth and profit,” he says.

“In 2013, I hit my ideal company size. We’d grown slightly but I’ve stopped growing the company.” And this size means the company can run without middle management, its staff operating like intrapreneurs instead, he says.

While it’s the norm for luxury watch brands to spend millions of dollars on advertising, MB&F has no marketing budget, instead pouring its earnings back into R&D. Fortunately, the one-of-a-kind MB&F pieces are like a marketing tactic in themselves.

“What we make is so polarising in terms of design that they spread like wildfire on social media, where everybody shares what we are doing. That’s given us an enormous presence,” says Büsser, adding, “when you have a boring product you have to spend millions trying to make people like it. When you have a crazy product like ours it spreads by word of mouth.”

Uniquely, MB&F is not a brand seeking to give status to its wearers – “that’s one thing I’m sure of”, says Büsser, who is more interested in the complexity of the piece; “the artisanship, the hand finishing”.

“People who buy our pieces are very individualistic and courageous, they have a trailblazer personality,” he explains. While his creations are extraordinary, he continues, “keeping time is not the point – watchmaking is the point, the sculpture is the point.”

In 2011, Büsser launched Mad Gallery in Geneva to showcase kinetic sculpture. The successful concept has been followed by galleries in Taipei, Dubai and, most recently, Hong Kong.

Part distribution strategy, part education, they provide a place for people to get close to MB&F’s pieces and understand more about kinetic art and Büsser’s innovative brand of watchmaking. It’s perfect for anyone shaking their heads and pondering what these marvellous timepieces are all about.

“It’s inspired by aerodynamic designs in planes and cars from the 1940s and 1950s. Those are usually the most beautiful objects, because there was no data to influence the design. And as we just create what we love, it’s a good fit.” 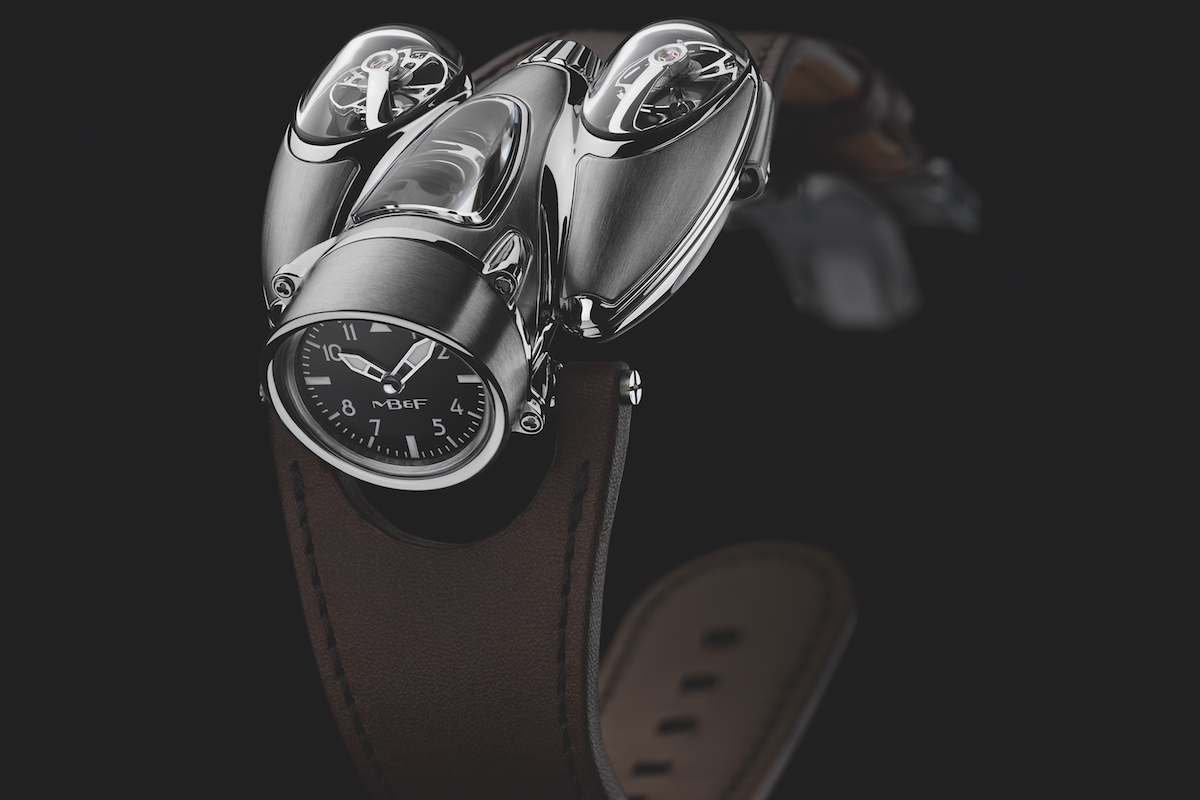 “This was created by a genius watchmaker called Stephen McDonnell, who is from Belfast and who, single-handedly, in four years, worked on that project to create a movement with 581 components, which is a revolution in the history of watchmaking. I won’t go too much into the geek stuff but it’s completely turned one part of watchmaking on its head.” 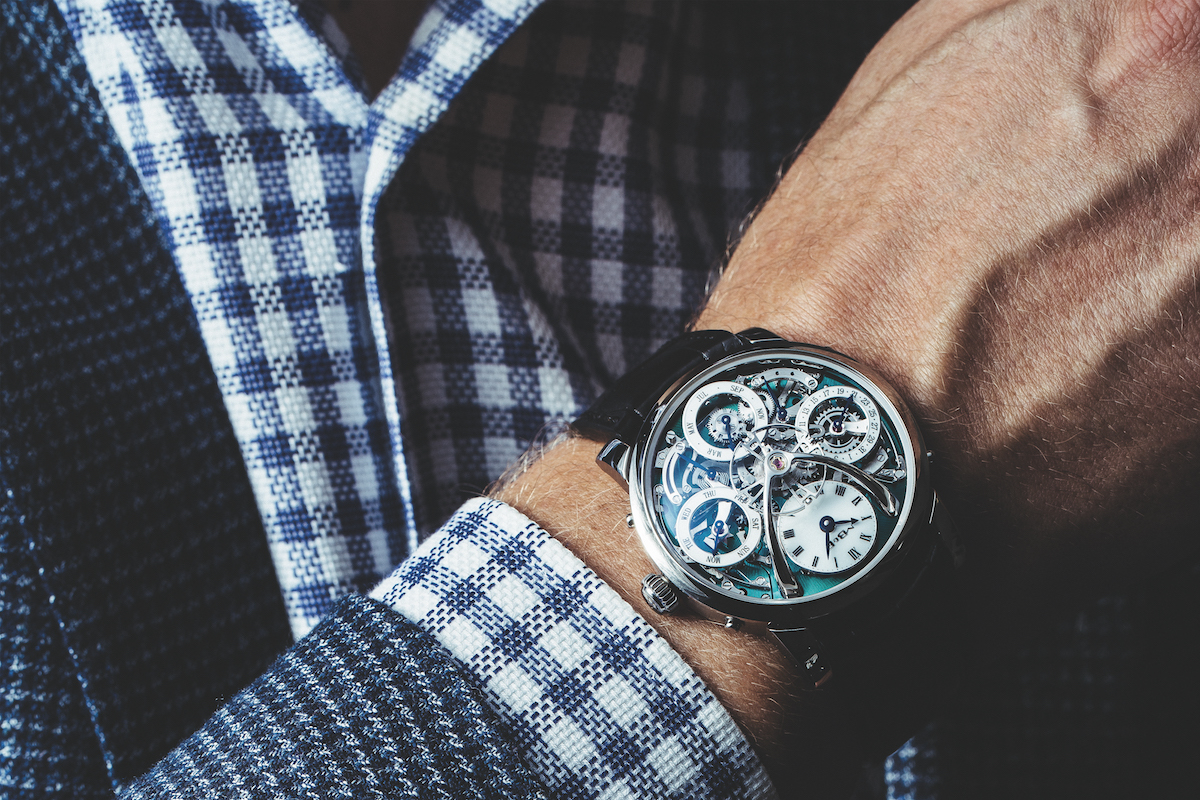 “This was inspired by my wife, who is phobic to all creepy-crawlies. I can remember the first time I had lunch with her and at one point, in the middle of a sentence, she started screaming and ran out of the room after seeing a bug.

It made an impact. I wondered what I’d said!” 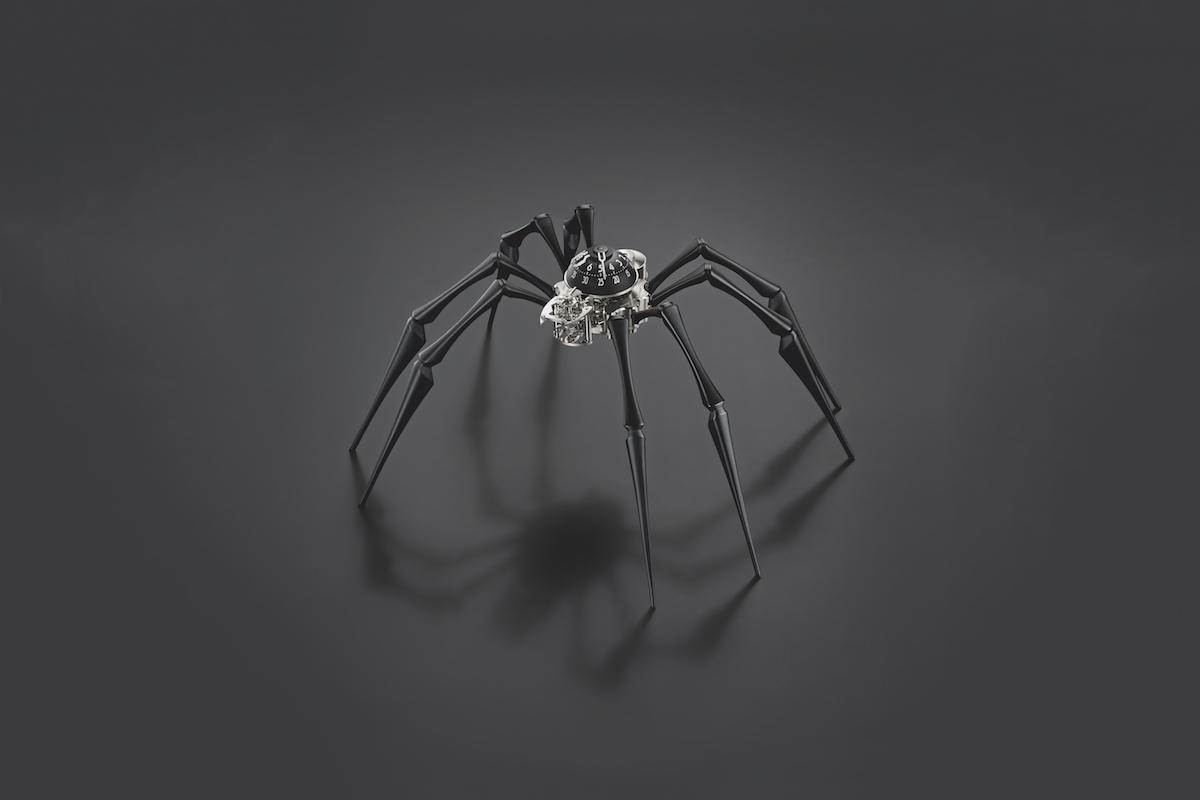