The world’s talking about VR, but what does it mean for business? Here are what 5 VR startups are doing right now 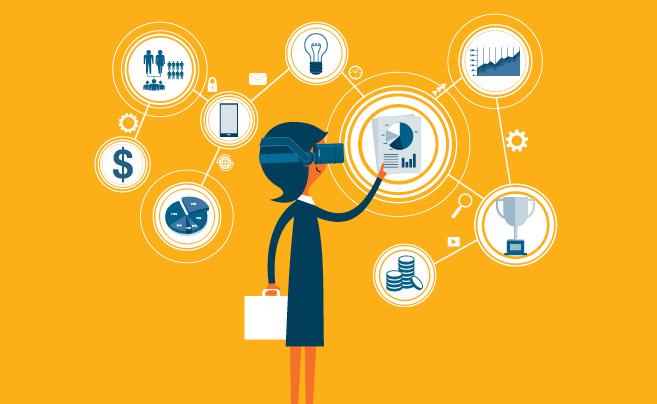 Virtual Reality isn’t new. It made its first appearance in the 80s and again in the 90s, but lacklustre uptake prevented it from gaining much traction until recently. Now it seems everyone’s curious, even if most still haven’t donned a headset and experienced an alternate world. Yet.

This is genuinely the most exciting technological advance since the internet. VR isn’t just a new technology, however, it’s a new medium altogether.

Virtual, Augmented (AR) and Mixed reatlities (MR) aren’t only changing the way we do business, but the way we live our lives.

5 VR companies that stand out

Last November VR startup Eyefluence raised $14 million. I first heard about this vision-driven user interface from Robert Scoble. Scoble has long been on the cutting edge, and has jumped into VR with all he has as Entrepreneur in Residence at UploadVR, which says a lot. Eyefluence stands to change the way we interact not only with things on the internet and in VR, but also in the real world once AR gets going. Eyefluence combines eye biomechanics, a deep understanding of the eye-brain connection, and technology for head-mounted displays. Apparently this technology can easily identify when you’re attracted to someone and when you’re telling the truth.

Earlier this year, they raised what may be thelargest C-round of financing in history: $793.5 million and to date investors have pumped $1.4 billion into this Florida startup—Google being one of the first. What’s so amazing is they haven’t even released a beta product yet! It’s widely known within the tech industry that Magic Leap has the most significant VR creations in existence and everyone’s lining up to see them. Recognising the importance of storytelling for these new mediums, Magic Leap snagged sci-fi writer Neal Stephenson as their Chief Futurist. Their covert approach is no doubt due to the fact they recognise it’s MR that will most change the way we live our lives and they know they have the head start. When they release these ‘cinematic reality’ devices our lives will never be the same again. It’s not only the commercial implications that need to be considered here. Let’s hope someone’s taking our children into account.

With Livelike sports fans will never have to leave their homes again. The technology is already in place to stitch together VR experiences so you can sit in a room full of people and you’re all courtside for the same game. Yes, really. With all of us holding sporting events everywhere but the game itself, who will pump up the players? Maybe there’s a VR app for that.

For a girl who’s not really into sports, I couldn’t leave this one off my list. If I had more time up my sleeve, I’d seriously look into this as a hobby. I might be the only girl there, but hey, that’s never stopped me! Let’s face it, DRL is downright cool and these guys are building awesome tracks all around the world!

I wanted to include one cinematic VR startup and I ended up choosing one that’s a pioneer in the field. From founder Danfung Dennis’s humble beginnings as a war journalist to the pristine rigs this guy has built, he single-handedly defines the kind of passion that’s required with a new world like VR. It’s constantly changing and there’s no room for egos here.