Good Empire: How Andre Eikmeier is creating a world of equity 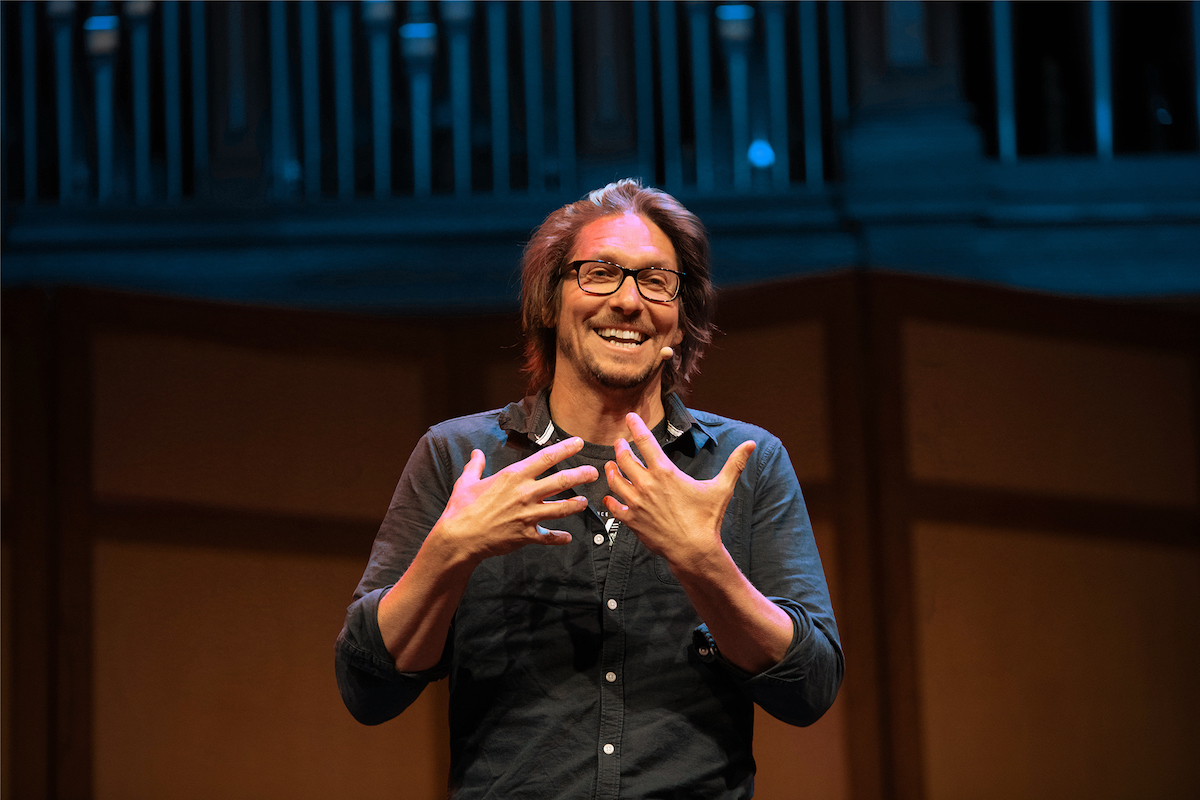 Challenges, failures, complete emotional and financial disasters, this is how Andre Eikmeier – former Co-Founder of online wine retailer Vinomofo – describes his colourful and diverse career thus far. Despite many pitfalls, which he openly shares here, Andre is a man who simply follows his passions.

“I left Vinomofo in 2018 because I wanted – no, needed – to be having a bigger social and environmental impact on the world,” Andre tells The CEO Magazine. “I wanted to be able to say to my kids that I did what I could to help save the world from the path it was on.”

Staying true to his word, Andre founded Good Empire – a global platform that works to gather, unite and empower people to have a social and environmental impact on the world. “I feel like I’m in the trenches, trying to help solve the big things,” he says.

“I’m learning as I go, and it feels good to learn important things. I also feel that I can be proud of what I’m trying to do and the impact we’re trying to have. That’s a good feeling –and it gathers good people.”

This year, however, has been challenging. The company had just launched a personal sustainability program called Year of the Planet that was beginning to gain global traction when COVID-19 hit.

The onslaught of the pandemic put the team in immediate survival mode. “It dropped us all the way back down to the base level of the hierarchy of needs,” Andre explains.

“Nearly 10,000 people from 44 countries had started making small changes in their lives to reduce personal carbon footprints and save our oceans from single-use plastics.

“We had to put the program on pause – our growing community didn’t have the headspace for sustainability, as they navigated the fear and uncertainty.”

Not one to call it quits, Andre and his team created a new program, called One Million Butterflies, to give people the resilience and a community to help find their way through whatever they were going through as a result of the pandemic.

“COVID-19 really impacted our revenue and the team had to scale back hours. But they stuck together because they cared about our purpose,” he says. “It’s been hard, but it’s made us very tight and determined.”

“I’m learning as I go, and it feels good to learn important things. I also feel that I can be proud of what I’m trying to do and the impact we’re trying to have. That’s a good feeling –and it gathers good people.” – Andre Eikmeier

The quick-thinking entrepreneur has come a long way from his early career days in a brief fragrance business with his father, which he describes as “an emotional and financial disaster”, to founding an independent theatre company. On top of this, throughout his 20s, Andre was a struggling TV and stage actor, and a singer/frontman.

“I then got a job in a call centre for the wine company Cellarmasters in my late 20s,” he tells. Andre has also founded and managed a one-man video production company that ended up making videos predominantly for wineries.

In 2006, Andre teamed with his brother-in-law to start an online wine review site and community. From there the duo built a cellar-door check-in app, bought a kombi and travelled around Australia filming a wine adventure show called Road to Vino. 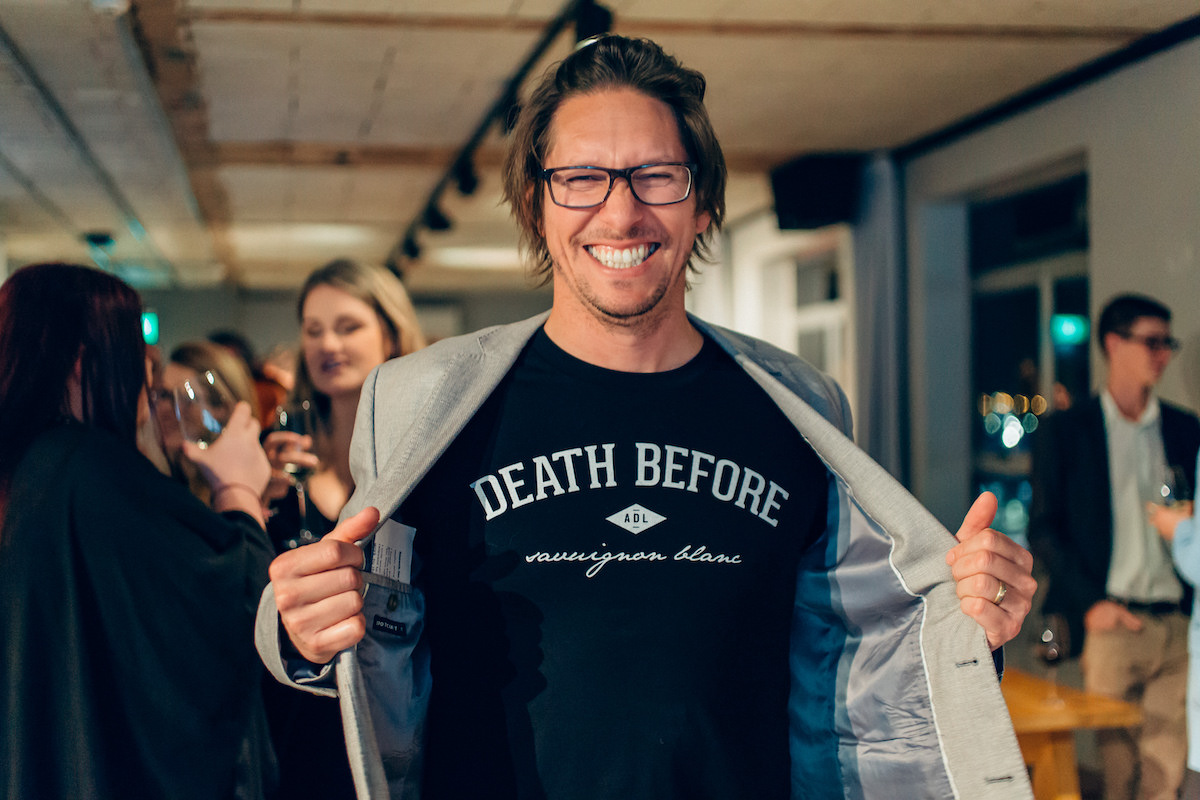 “Broke and nearly bankrupt, we launched an online wine retail startup called Vinomofo in 2011, which we built to become over US$74 million (A$100 million) global wine company with a team of 120.”

It was while at Vinomofo that Andre recalls his career highlight. “Launching the Homeless Grapes wine project with Vinomofo, in response to a Facebook post,” he shares.

“In three days, we created a project that raised more than US$223,000 (A$300,000) for Australia’s homeless. We gathered hundreds of people of all ages each year to vineyards to help pick grapes to make the wines that would help make that happen.

“It was a beautiful moment that bought communities together and had a real impact. Probably the first time I’d been part of something magical like that. It definitely opened my heart and my mind.”

Throughout his experiences, Andre has, undoubtedly, learned a thing or two about failure, business and new beginnings. His number one piece of business advice is to capitalise.

“It’s hard to create and inspire a community when you’re so worried about where the money is going to come from to pay yourself and your team,” Andre says.

“That’s obvious, I know, but the lesson is around the priority of getting the capital, or the revenue. I’m learning that you need to sort that before everything else if you can.”

With Australia slowly creeping out of the COVID-19 trenches, Good Empire is also on the path of strengthening its business.

“We’ve relaunched a new and improved version of the One Million Butterflies program, having partnered with the incredible Alison Nancye, whose work in helping people create and live lives they love over the past 25 years is extraordinary,” Andre reveals.

“We’re also rebuilding Year of the Planet as part of our Good Empire app, which we’re really excited about, and have big hopes and plans for.”

By 2030, Good Empire wants to have been able to gather, unite and empower tens of millions of people all around the world, as well as to have changed people’s lives and contributed toward the UN’s Sustainable Development Goals.