The BIMM Group Founders are leveraging their combined expertise into building brands that exist to better our world one social enterprise at a time. 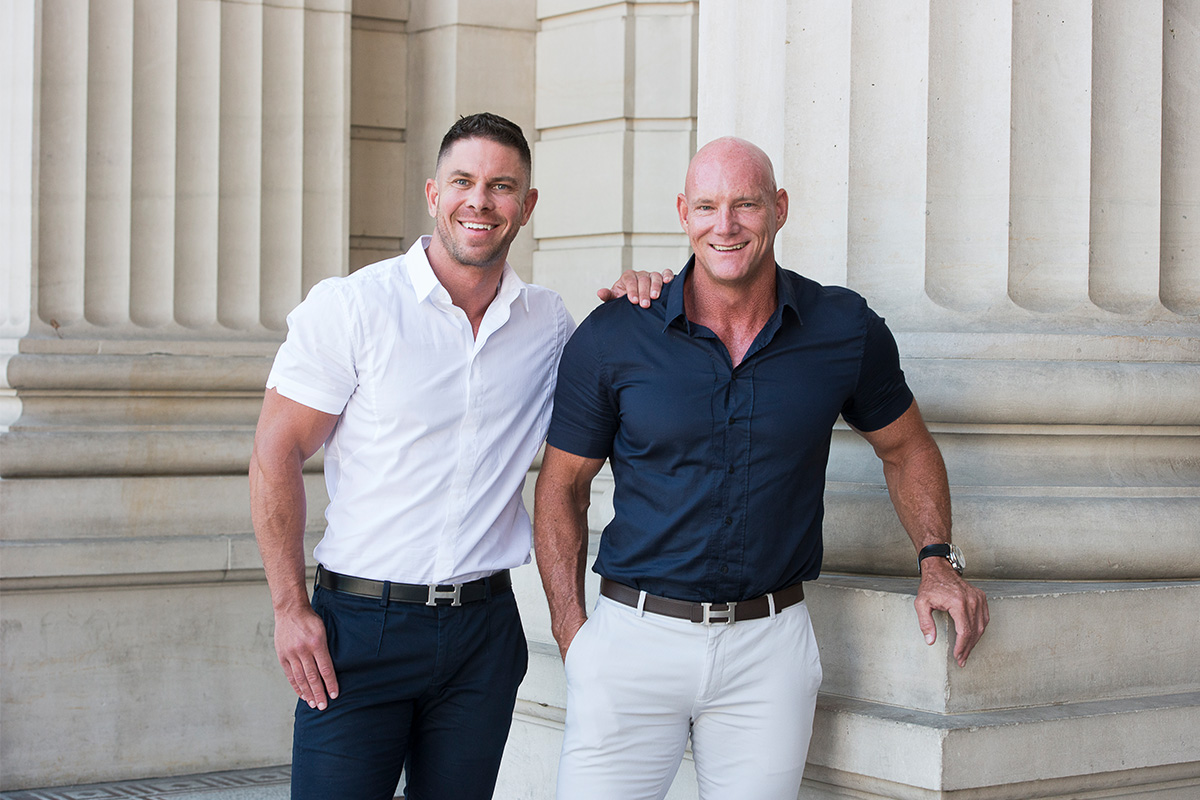 When Anthony McDonough and Chris Glebatsas were in the midst of a two-year court battle over a hostile attempt by their investor to take over their global skincare business, they probably didn’t think that they would be taking on new investors in the future.

Represented in international markets, including Bloomingdales in the USA, Harrods in the UK and David Jones in Australia, the duo’s Liquid Skincare brand had achieved international success.

This all came crumbling down when they realised how detrimental doing business with the wrong people could be. Disheartened by the long-winded court case ordeal, the pair decided to direct their attention towards something positive – pro bono work.

It was helping small businesses to get off the ground that propelled McDonough and Glebatsas to think differently about how they could continue to make a positive difference in the world on a greater scale.

That’s when they arrived at the idea of creating social enterprises where 100 per cent of profits are directed towards supporting an important community cause.

“Most everyday products on our shelves come from a handful of large multinational companies, structured to meet the needs of their shareholders,” McDonough explains.

Instead, their vision was to launch a brand that consumers could purchase from their local supermarket that was both ethical and sustainable by design.

Inspired by their 18-year-old daughter Grace and her insights into youth culture, coupled with their own struggles early in life, McDonough and Glebatsas decided that the venture would support the prevention of youth suicide.

The power of purpose 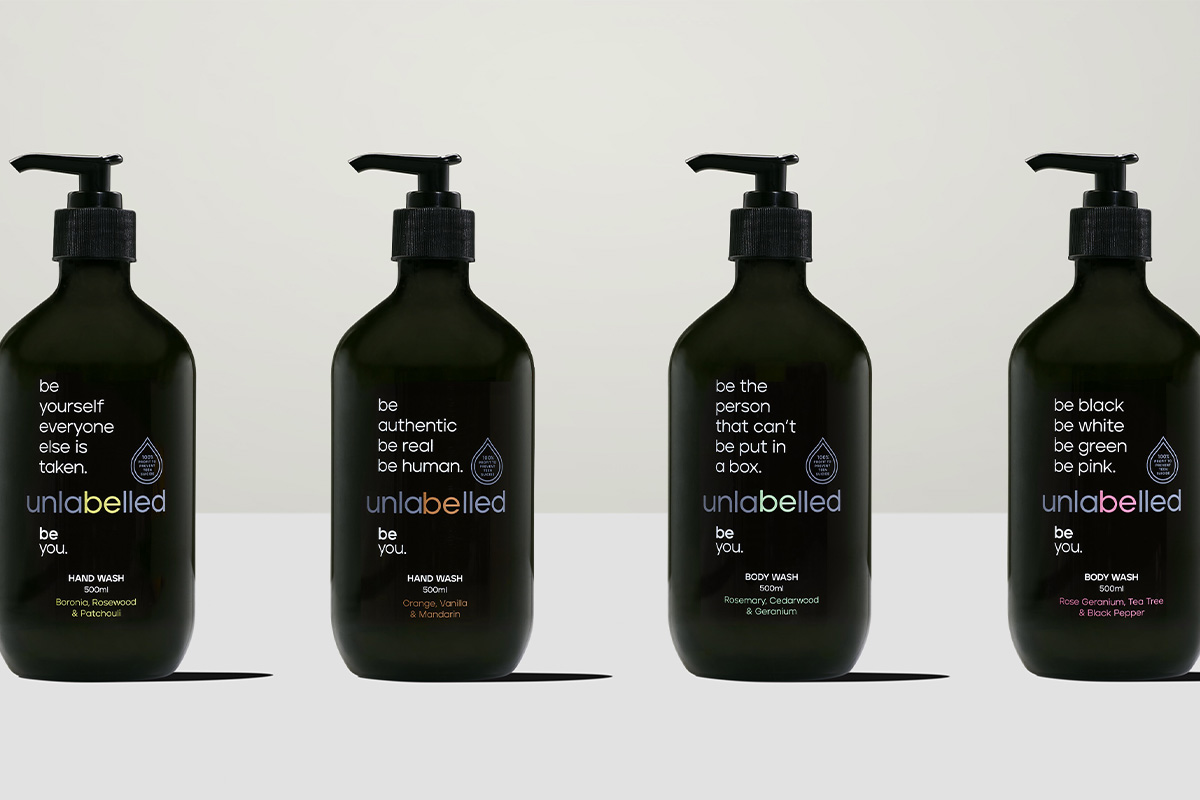 They called their first brand Unlabelled to encourage young people to be themselves without the restrictive labels that play a role in bullying, depression and other issues that can eventually lead to young adults taking their own life.

McDonough knew from his research that purpose-driven businesses are a macro global trend, but he was also aware that most companies, particularly in the fast-moving consumer goods space, place profit well above purpose.

“Despite available research that shows younger generations are more driven by purpose and have considerable combined purchasing power, there are still not many ethical everyday products on shelves that tick all the boxes,” McDonough shares.

Their full commitment to making a difference would therefore require the right kind of investor base – individuals who weren’t looking for a return on investment, but the opportunity to invest their money into generating positive change over the long haul.

“We’ve actually created a group of investors behind The BIMM Group who are only interested in doing good in the world,” McDonough says.

True champions of change, the Founders perceive their business model as a blueprint for charities and ethical companies. “Instead of people donating money to a charity, let’s create businesses that create money that goes back into these charities,” Glebatsas proposes.

This would eliminate the need for these organisations to seek out donations as well as offering a win–win solution for consumers, the charities and social ventures.

“The causes we support are social, cultural or environmental. Sometimes they are all three.” – Anthony McDonough

With plans to launch two other brands within a three-year period, McDonough and Glebatsas have high hopes for the future of BIMM as the emerging ethical version of Procter and Gamble.

“Our social enterprises, starting with Unlabelled, exist for one reason only, and that is to support causes that aim to leave our world in a better place for future generations,” McDonough says.

Currently Black Dog Institute, QLife, Headspace and Kids Helpline are benefiting from the funds provided by Chemist Warehouse shoppers purchasing Unlabelled across 450 stores, but this is only the beginning.

The LGBTQIA+ community and animal rescue are next on their list of causes to tackle. Until then they are planning to see their products on the shelves of other major retailers in Australia.

One of the biggest lessons they learned from Liquid was ensuring that investors aren’t in charge of operations, which leaves McDonough and Glebatsas in the driver’s seat with regards to making decisions that are right for the business.

This means that cutting corners is certainly not an option for the Founders. So far, some of Unlabelled’s biggest ethical and sustainability milestones include its status as a Health Promotion Charity, which translates to a high level of transparency.

“It’s set up as an ACNC [Australian Charities and Not-for-profits Commission] registered not-for-profit with DGR endorsement and so that means that its whole books are open,” McDonough explains.

Plus their boxes are made from sustainably-sourced pulp and their bottles from recycled post-consumer waste plastic.

“If we were just after profit we’d be shipping these bottles in from China and instead of them costing us A$0.30 cents a bottle they’d be costing us $0.03 cents a bottle and we wouldn’t be using post-consumer waste plastic,” McDonough says. 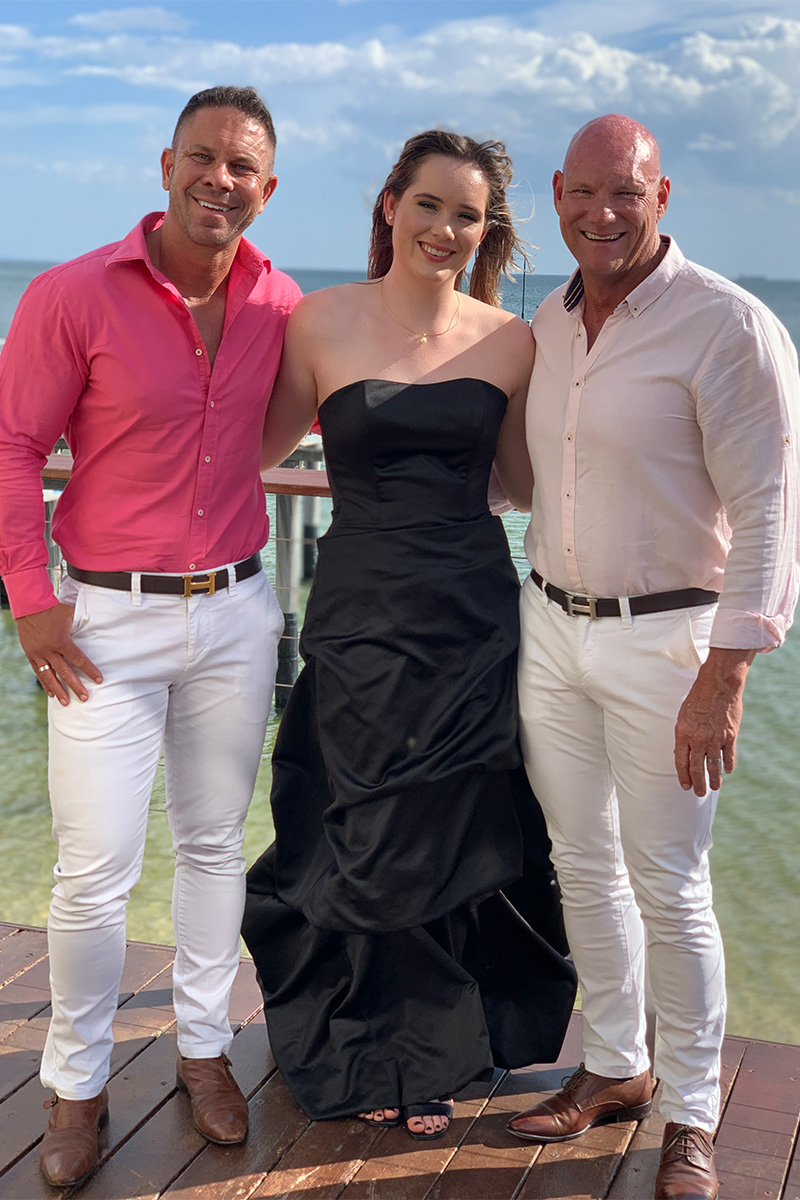 Although their backgrounds are in finance and marketing, there is one domain that McDonough and Glebatsas excel at most – creating the latest skincare formulations.

Conscious skincare lovers will appreciate the locally sourced ingredients that are captured in the form of luxurious hand and body washes or moisturising soaps, which are brought to life by a thoughtfully curated blend of essential oils.

“We used to produce premium skincare and so what we’ve done is we’ve created a premium product, but at a value price,” McDonough tells The CEO Magazine. “What we would have previously sold for A$45 we’re now selling at A$8.99 through Chemist Warehouse with no sacrifice in terms of quality.”

Both McDonough and Glebatsas envision a future where consumers are given a greater number of brands to choose from at their local supermarket – those that fund shareholders or those that fund societal change.

“The causes we support are social, cultural or environmental,” McDonough says. “Sometimes they are all three.”

Read next: This luxury brand is saving the orangutans one serum at a time