Ecopreneurs are the green pioneers saving the planet

As nations bicker about the right way to tackle the global climate emergency, a new breed of eco-friendly startups are pioneering solutions that make money and help the planet. 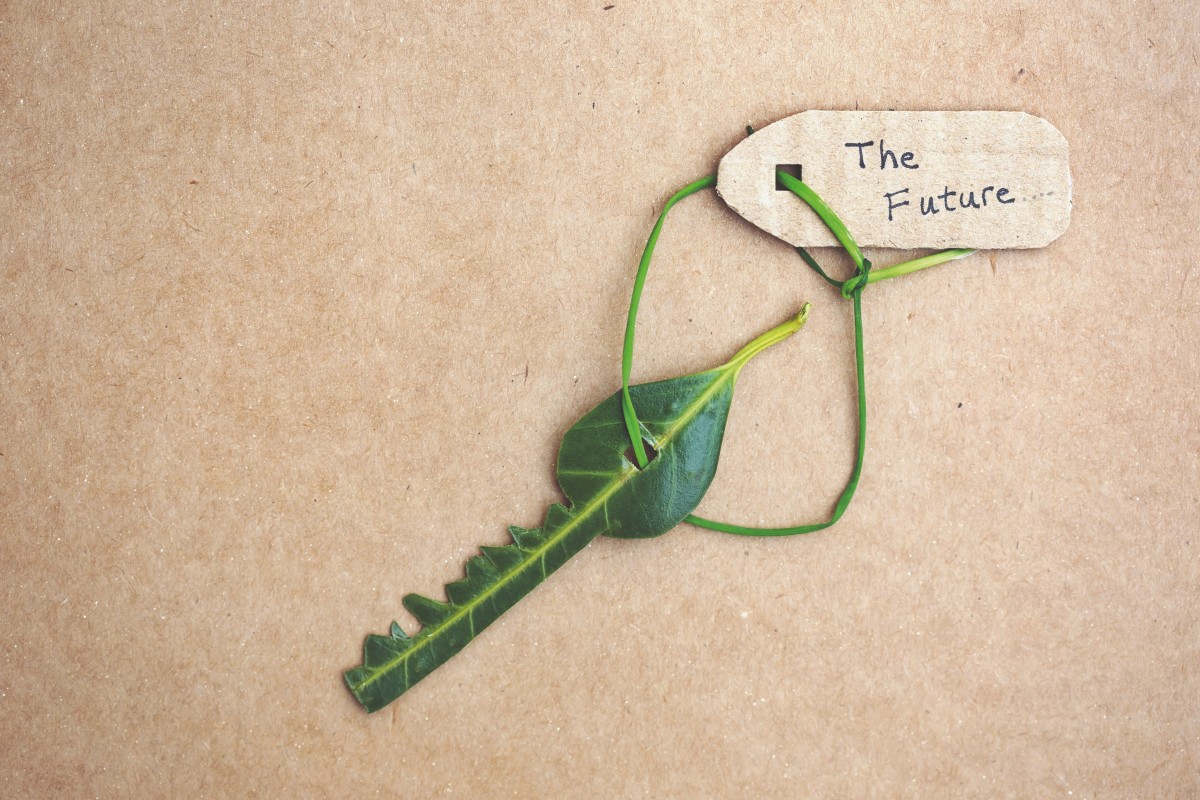 The impact of climate change is increasingly being felt around the world in places as diverse as the Australian outback, sub-Saharan Africa and continental Europe. But ecopreneurs could be the key to saving the planet.

While governments and multilateral organisations scramble to come up with broadscale solutions, the growing number of eco-friendly startups are showing the way with innovative answers to some of today’s most pressing environmental problems.

Australian startup Seabin Project is one young clean-tech firm with an ambitious eco-mission: to help curb the flow of plastic waste doing untold damage to the world’s oceans.

CEO and Co-Founder Pete Ceglinski, a former boat builder, describes the company, which was established in 2015 and now operates in 52 nations, as having a “profit with purpose” business model when it comes to its main product, the Seabin.

Ceglinski likens the electric-powered device to a cross between a “garbage can and a pool skimmer” that dramatically cleans up waste at busy marine hubs.

“We put it in the water in a marina and skim the surface – the top 25 millimetres – for plastics, marine pollution, plastic bags and microplastics,” he tells The CEO Magazine . “We’re collecting that on a daily basis plus all surface pollutants, fuel and small plastic fibres down to micro fibres.”

The firm has grown rapidly and now has more than 300 clients globally for its unique invention. But the founder says he’d trade all the success so far for cleaner oceans.

“We have a mission statement that we shouldn’t have a need for Seabins because we shouldn’t have plastic in the water, and that’s how we embarked on this undertaking,” he says.
Another emerging player taking a different tack to tacking plastic waste is Zero Co.

The personal care and home cleaning startup, founded in 2019, replaces single-use plastic packaging with dispensers made from plastic waste pulled from the sea as well as refill sachets made from recycled materials diverted from landfill.

The startup’s offering is particularly bold in its circular supply chain. Unlike traditional plastic items, Zero Co’s products, which include laundry liquid, dishwashing liquid and bodywash, are returned to the company when empty and refilled so nothing ends up in landfill.

The green economy is now worth as much as the fossil fuel sector with around roughly US$4 trillion (A$6.5 trillion) derived from clean energy, water, energy efficiency, waste and pollution services.

The company’s Founder, Mike Smith, says the business aims to “eliminate single-use plastic packaging from every kitchen, laundry and bathroom”.

“We’re doing that by developing a range of climate-friendly personal care and home-cleaning items that get delivered direct to households minus all the single-use plastic,” he tells The CEO Magazine . “It’s a completely circular supply chain that works via a really simple four-step process.”

So far, he says this commitment to eco-friendly ideas is resonating with consumers.

Indeed, despite Zero Co’s first delivery of products to Australian customers not yet scheduled until mid-2020, the founder says the company is on track to register at least A$1 million in pre-sales in that time. It plans to launch in the US and the UK over the next couple of years.

The scourge of plastic waste is just one of the problems that startups are seeking to address. Others includes food scarcity, global warming, access to clean drinking water, industrial waste recycling and renewable energy.

There are a host of startups and ecopreneurs across the globe jostling to be the first to commercialise their unique solutions to these problems and make themselves highly profitable in the process.

Among some of the most high-profile to emerge in recent times is Netherlands-based Desolenator, a clean-tech firm that sells the world’s first solar-thermal desalination technology; US-based Freight Farms, a startup that turns shipping containers into self-contained farms; and Germany-based Ecosia, an alternative search-engine that directs most of its advertising revenue into tree-planting programs in developing nations.

Muval, a platform connecting space in removal trucks with the people who need it, wants to join the ranks of sustainable startups launched by ecopreneurs that have made it big. 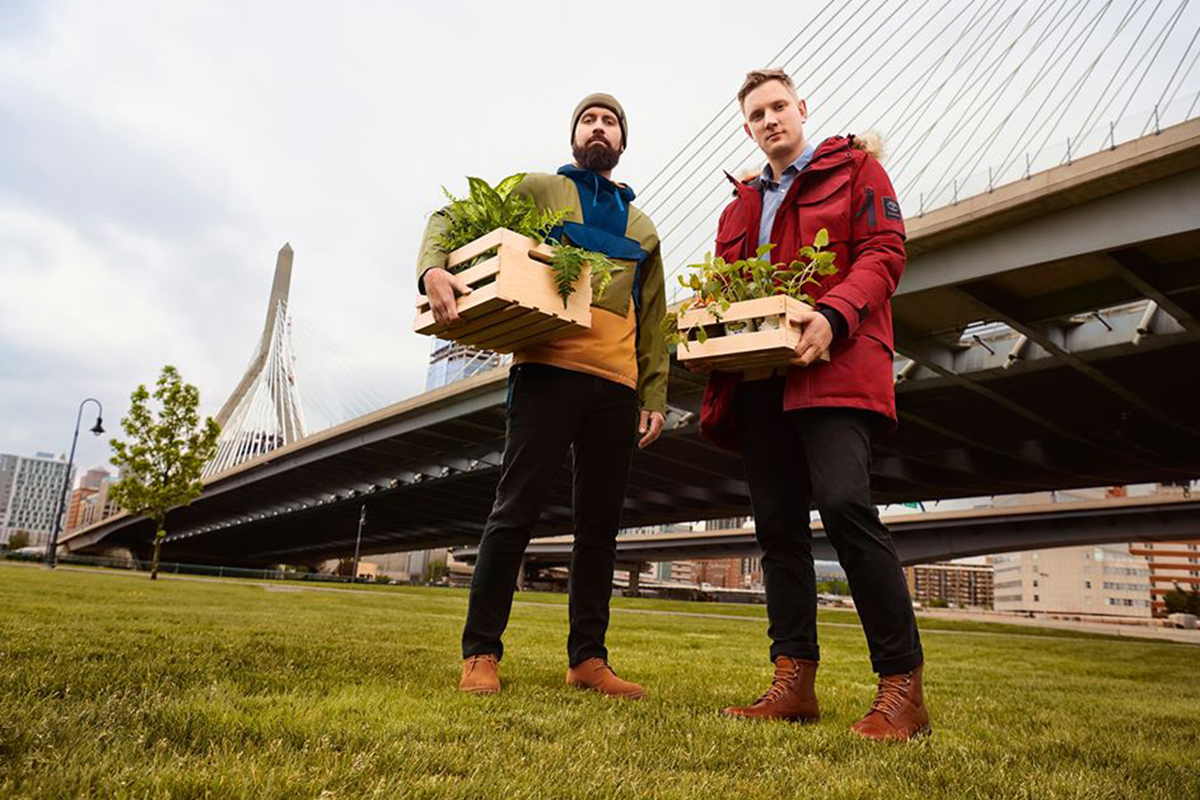 James Morrell, who founded the firm with former removalist Mahdi Chardi in 2018, says he wants to help cut emissions in the highly polluting transport and logistics sector.

“One of the most crucial steps in any sustainability discussion is around optimisation and efficiency,” he tells The CEO Magazine from Hawaii. “If you’re not aggregating supply and demand and matching them up efficiently, you’re not able to make a meaningful impact on that. Taking trucks off the road and improving efficiency is definitely something we’re about.”

Like Zero Co, Muval is seeing a positive response from users keen to do their bit for the environment. The company has seen rapid user take-up on its platform and expects around A$1 million worth of transactions per month to be processed via the site later this year.

“We’ve got a view to expand beyond removals into general freight as it’s one of the biggest carbon emitters,” Morrell adds. “The whole trucking sector, even if you’re just improving efficiency by five or 10%, you’re still having a big impact on carbon.”

Not all high growth

While rapidly growing eco-friendly startups grab the headlines, Griffith University’s Naomi Birdthistle cautions that an emphasis on early-stage financials can be misleading.

According to the Business Strategy and Innovation professor, founders and ecopreneurs can get caught up chasing high growth early in the life of their venture when it may not be possible, especially in the sustainability field. She says for many firms, growth can be slow as the market learns about the new product or service and how it helps the planet.

It’s estimated that the clean-tech product market, populated largely with startups, is currently worth US$1.6 trillion (A$2.6 trillion) this year, up from US$670 billion (A$1.1 trillion) in 2010.

“We need to be having the debate very early on when we are looking at those people who are nascent entrepreneurs and we need to say to them, ‘What are your expectations? How do you see growth? What is your understanding of growth?’” she tells The CEO Magazine .

“We need to plant a seed very early on to say there are different types of startup businesses.”

Another trap, Birdthistle says, can be for founders to take on external funding from investors who don’t share the startup’s environmental vision. This, she says, can lead to sustainability priorities getting downgraded in favour of chasing profit.

“At the end of the day investors are there to make money,” she says.