How much sleep do start-up CEOs really need?

With today’s culture of working 10–12 hour days, have we lost track of work–life balance, particularly as it pertains to getting enough sleep? 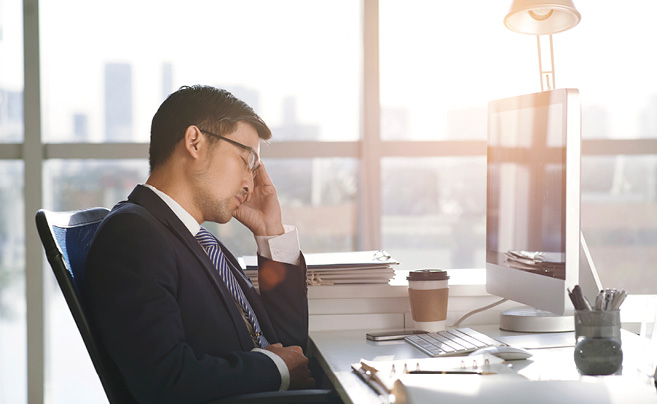 According to Arianna Huffington, one of the most important things in life is sleep and none of us get enough of it. So we’ve asked the question, do start-up CEOs get enough sleep?

The National Sleep Foundation recommends adults aim for between 7 and 9 hours of sleep per night. However a lot of people feel it’s not how long you sleep, but when. Scientists have proven, and I know it’s true for me, the more sleep you get before midnight the more well rested you feel. In other words, 6 hours slept from 10pm until 4am makes you more effective than 6 hours slept from midnight to 6am.

I reached out to a number of start-up CEOs to find out straight from the horse’s mouth what the current status is on sustainable approaches to getting enough shuteye. Out of the 7 CEOs polled, the average amount of sleep was 6–7 hours per night during the week and 8–10 hours on weekends, with the exception of one young CEO who is a bi-phasic sleeper. Bi-phasic sleep is the practice of sleeping during two periods over 24 hours rather than the typical monophasic sleep, which is what most of the world adheres to. Prior to being a bi-phasic sleeper, 29 year old GeekWire ‘Young Entrepreneur of the Year’ nominee, Kyle Kesterson, tried being a poly-phasic sleeper for awhile, having 20-minute naps every 4 hours around the clock, but that didn't work out so well. Now as a bi-phasic sleeper he typically clocks around four 90-minute REM cycles each night and one 20-minute power nap around midday. Einstein was a poly-phasic sleeper, but was notorious for having social issues and spending most of his time alone. Can any other start-up CEOs relate to this?

There are two times in my life when I have felt seriously sleep-deprived. The most excruciating were the first 18 months of my son’s life, with a particular focus on the first six months, where I averaged four hours a night and the second being when my start-up was going through a 10-week incubator program. In other words, new babies mean no sleep.

Arianna Huffington is so adamant on the role sleep plays in our lives that she’s building a new media platform called Thrive and written a book on it titled The Sleep Revolution in which she calls our current cultural celebration of sleep deprivation a crisis.

One might argue it’s somewhat easier for a successful entrepreneur like Arianna to take such a stance, than it is for one starting out who needs to be first to market with a new concept. Still, it has been proven that not getting enough sleep is detrimental to our health and it does seem to be the first thing we’re willing to compromise when faced with the many demands of today’s world.

I’d love to continue this conversation, but it’s nearly midnight and this start-up CEO has to be up in 6 hours to make breakfast for a 5-year-old, who doesn’t care about whether I sleep in or lean in just as long as he’s fed.

In conclusion, while there are seasons in every start-up where more hours are required in order to rollout a new product or fill an onslaught of orders, ongoing sleep deprivation isn’t sustainable and won’t enable you to scale a business long term. If we don’t care for ourselves first and foremost, we won’t have anything to give anyone else, including our businesses.