How to come up with a big idea: Tips from the origin of Netflix

Netflix was born after hundreds of bad ideas. Co-Founder Marc Randolph reveals how the idea came about and what you can do to come up with your own start-up idea. 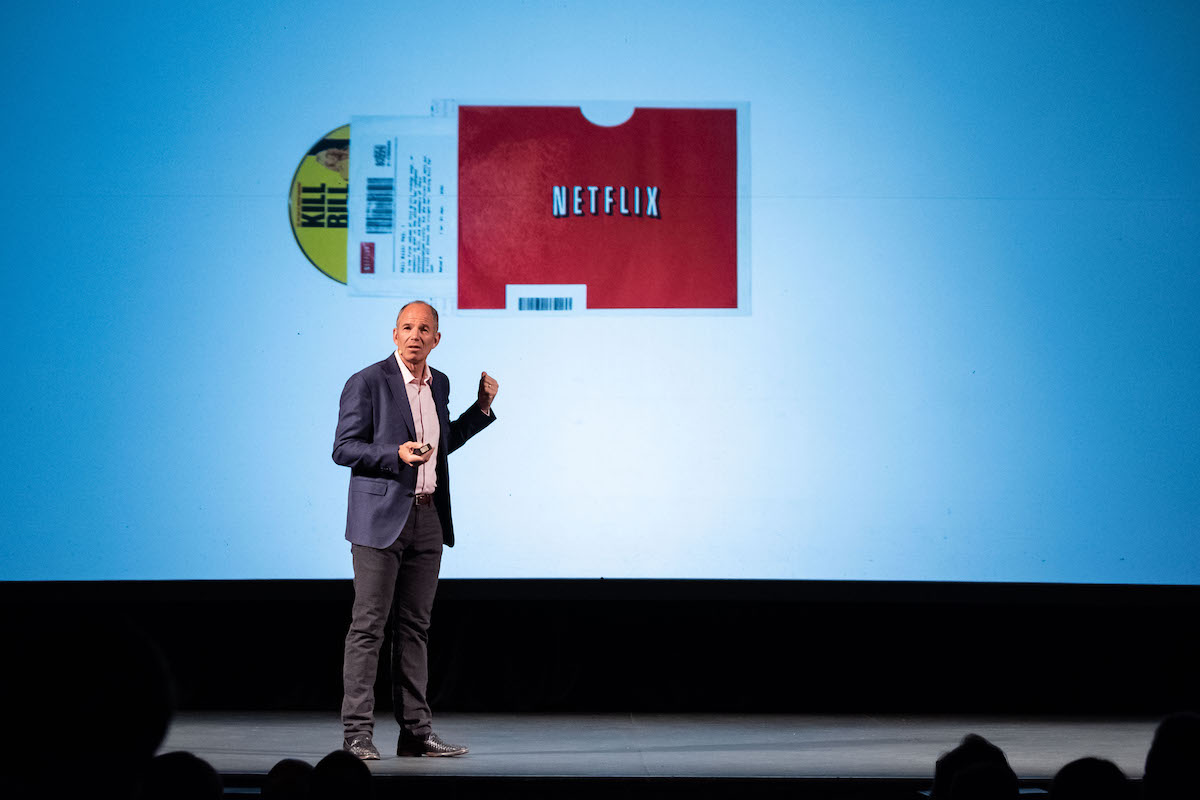 Netflix was the seventh start-up that Co-Founder Marc Randolph was involved in establishing. But the idea for the company, which began as a DVD-by-mail service, didn’t just happen overnight.

“The idea for Netflix did not come from some moment of anguish over a late fee on a movie,” Marc said at a

Marc explained how he, together with Reed Hastings, came up with the idea for Netflix while they were carpooling.

The duo had been working at the same tech company in California and, after figuring out they lived in the same town, would carpool to work each day. During their commute, the pair would brainstorm ideas. When they’d arrive at the office, Marc would do extensive research on the ideas. Then on the ride back home, he would de-brief with Reed everything he’d learned. “We did this for hundreds of ideas,” Marc said.

“Some were immediately dismissed as terrible. Others lingered for a while. We kept on looking for something that would really spark us. One of the ideas was doing video rental by mail. I went into my office and researched it but it was a terrible idea.” At the time, video rental was mainly done on VHS cassettes, which were heavy, expensive and fragile. “That idea became one of the rejects,” Marc added.

Sometime later, however, DVDs began gaining popularity and a new idea took hold of the pair. After mailing a CD in an envelope to Reed’s house and discovering it unscathed, the duo decided to workshop the concept for DVDs. This culminated in the company, Netflix, which offered DVD rentals and sales by mail.

While the DVD sales side of the business quickly boomed, the rental service proved unpopular. “We couldn’t get anyone to rent from us,” Marc said. “If they rented from us once, we could never get them to rent again.”

But because the duo realised that other companies such as Amazon could potentially take on the DVD sales idea, they decided to take a risk and focus solely on developing their rental business. But they had to find ways to make it work.

“We had to do one thing, and do that one thing well. But, I had to decide what? Do I pick sales, which is paying 99% of our bills, but is going to go out of business eventually? Or do I bet it all on rental, which, if we can get it to work, is an eight-billion-dollar industry, but right now shows no promise whatsoever? And, quite frankly, as an entrepreneur, that was one of the hardest decisions I’ve ever had to make.

“In one single day, we pulled the plug, walked entirely away from selling DVDs, and bet everything that we could figure out how to make DVD rental by mail work.” 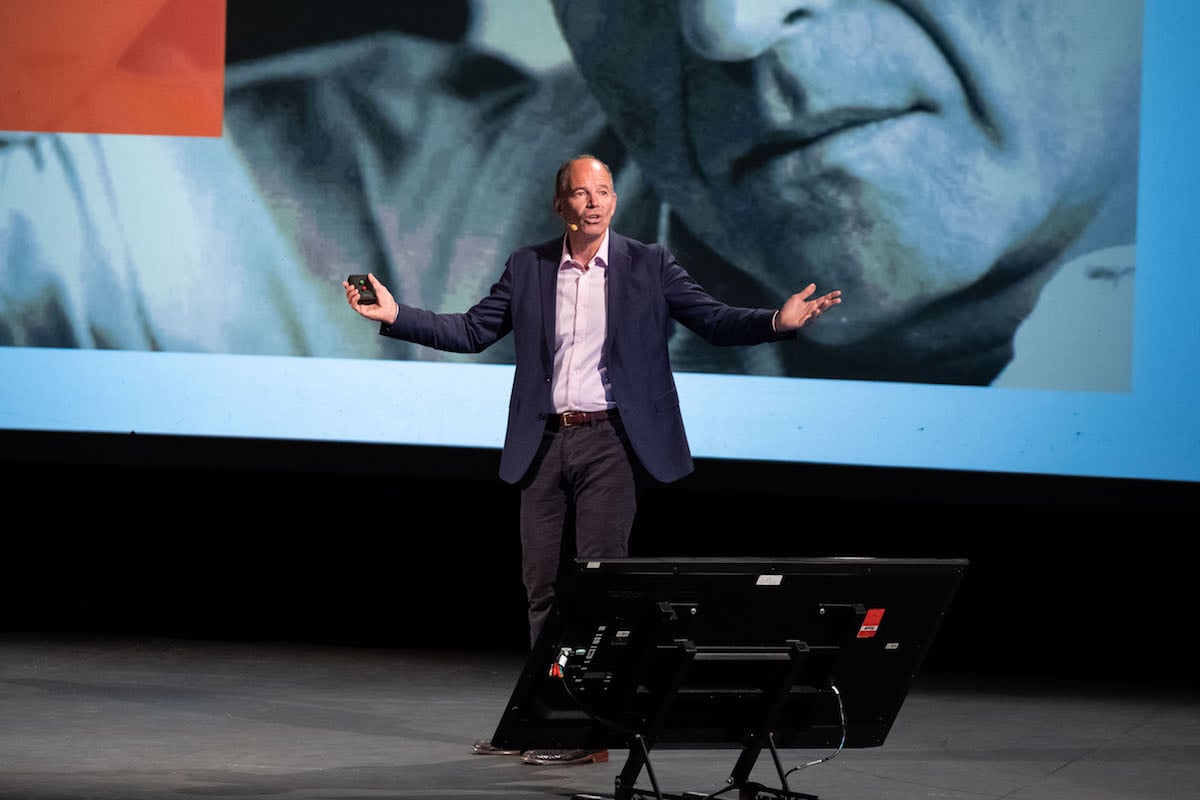 Marc explained how walking away from 99 per cent of the company’s revenue did a good job of focusing everyone’s minds. They worked constantly to find a way to get their rental service to work. The company began by taking a month to roll out a test website, but it failed. Eventually, they decided to have shorter test periods. They would launch a test site in two weeks, then in one week, until eventually the company was doing two to three tests in a day.

“As you can imagine, we’re getting pretty sloppy because we were going so fast. We’d have misspellings, we’d have typos, we’d have dead links. We would crash the site; it was a disaster. But, what was amazing is, it didn’t make a difference. It turns out, that if it was a bad idea, no matter how perfect the test was, it was still a bad idea. But if it was a good idea, then no matter how poorly implemented it was, people were desperate to have it.”

People would keep rebooting the site or would try calling the company to get the site work, Marc added.

“It was an amazing insight here. It turns out that it was not about having good ideas. It was about building a system and a process and a culture that allowed you to try lots of bad ideas,” Marc said. “And Netflix was unbelievably good at trying lots of bad ideas.”

“It was about building a system and a process and a culture that allowed you to try lots of bad ideas.”

The company continued this process for a year and a half; with one failed test after another. This went on until the company had three ideas left. The first was the possibility of storing DVDs at their customer’s houses. The next was allowing customers to send Netflix a list of DVDs they wanted for the month; when they completed one DVD on the list, Netflix would send them the next. And finally, Netflix toyed with the idea of giving customers a monthly subscription. “When we combined all three, surprisingly, the combination of these weird things worked,” Marc said, “and all of a sudden…the company took off.”

Be prepared for disruption
In light of Netflix taking over from the likes of Blockbuster, Marc had this to say for CEOs of large corporations: “You never know who’s coming after you, and the people coming after you are going to look nothing like you. They’re going to attack you not in the things you do well, but in the things you’re not doing, or can’t do, or are scared to do. So if you cannot figure out how to disrupt yourself, you’re leaving it wide open for someone else to come in and do it for you.”

Now, Netflix (which has since incorporated an online streaming service) is a global phenomenon, with more than 130 million subscribers worldwide.

Marc further highlighted how you could come up with an idea for a start-up or business idea. “All you have to do is train yourself to look for pain,” he says.

The do’s and don’ts of launching a start-up

Although Marc left Netflix in 2004 to pursue other interests – including his latest analytics software company Looker Data Sciences – he is still involved in the start-up scene as an angel investor.

He shared this advice for launching a start-up:

StartCon 2018, the largest start up conference in Australia, kicks off in Sydney on November 30. For more information, click here

Want to know the top 10 start-ups in the world?