Digital banking has revolutionised the user experience, but failed to revolutionise the banking system. Stephen Moss has a better plan: bring currency back to the gold standard so it can be trusted again. 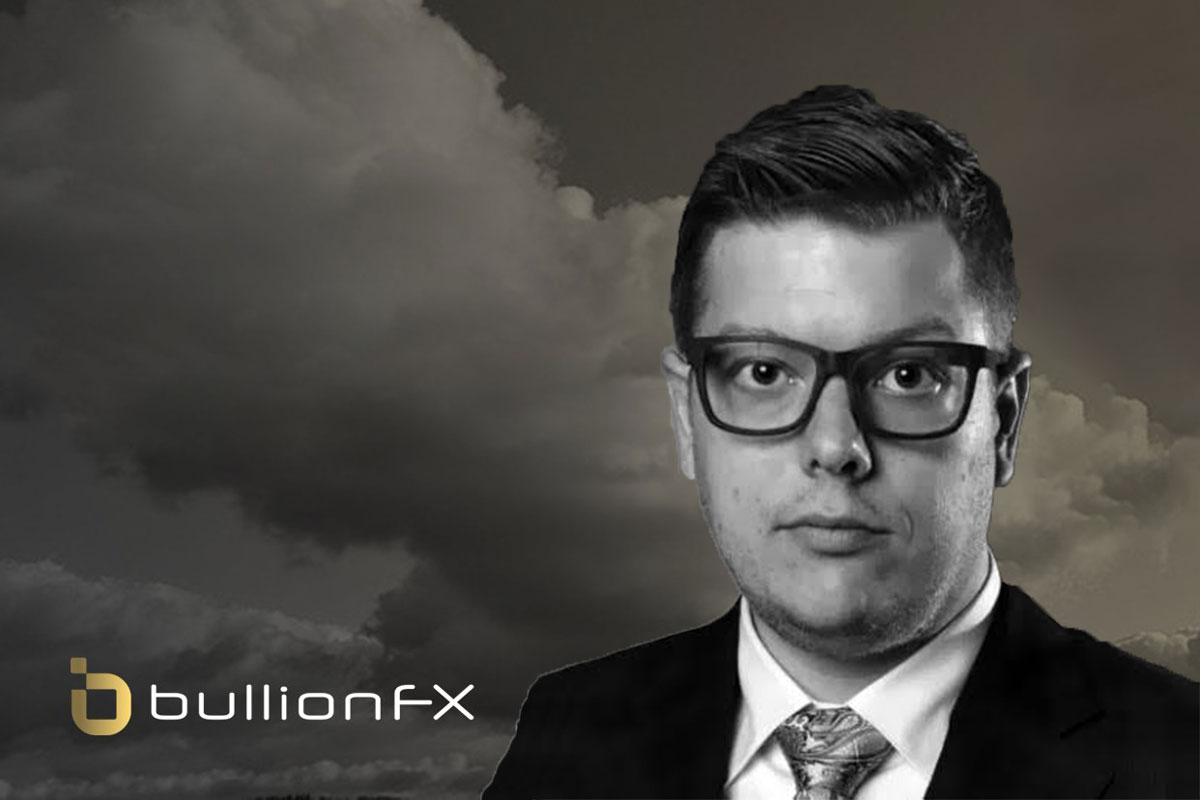 Stephen Moss wasn’t granted a typical upbringing like most teenagers. Being born into elite banking royalty often doesn’t afford you such cushy leisures.

“I had a front row seat to the evolution of modern day banking,” he says.

“Growing up, my father was the CEO of Macquarie Bank for 26 years. I spent every day after school in his office, every weekend in meetings, every school holiday travelling.”

Most significantly, Moss junior was able to witness first hand the ascension of a company famously labelled ‘The Millionaires Factory’, which started as Hill Samuel with 20 staff before manifesting into the money-making behemoth that is today’s Macquarie Bank, which boasts over 17,000 employees and a turnover of A$4.01 billion.

“I had a front row seat to the struggles banks were having with capital and debt markets and allocation of debt. [Then] I developed a genuine distrust for the banks.”

But we digress. Today is about the next generation of banking and those who are pioneering it in a space so new, it’s often deemed as a global ponzi scheme by the banking sector’s dinosaurs. At the very forefront of this new wave is Stephen Moss, a fresh-faced and deep thinker who has seemingly seen it all from the evolution of funds, to mortgages in Australia, to the rise of independent companies like Aussie Home Loans and Wizard Home Loans.

“I had a front row seat to the struggles banks were having with capital and debt markets and allocation of debt. [Then] I developed a genuine distrust for the banks.” Moss doesn’t hold back on expressing his “hate for the banks”.

It was via these obstacles, conditionalised relationships and disappointment at previous attempts by others to change the banking system that Moss decided to go it alone. Blockchain was the path he embarked on as it became the world’s largest unregulated financial market.

“I was first in a carbon trading business and we were the first in Australia to have a website where you could trade carbon on a marketplace,” he says.

“That was a large unregulated financial market and when Bitcoin became that, I developed Australia’s first cryptocurrency vault. I did that because there was no institutional protection for customers in this space – it was completely full of cowboys.”

And what exactly is the definition of ‘cowboys’ in this cryptocurrency sector?

“People were just building shit, saying it was backed by something and selling it. So I took this three year journey taking a backward step and built the cryptocurrency vault.

“I developed BDO Blockchain, Australia’s first institutional grade blockchain audit product and gold mechanism to link a token directly to the stock market. I couldn’t just build something without these pillars existing so that’s how I got involved in it.

“This is a new generation business.”

While some may contest Moss’ view of the banking sector, there’s no denying that society is becoming increasingly aware of the instability of fiat currency thanks to global inflation. Moss has a more poignant view of current events.

“We are facing a serious challenge where currency markets today are reliant on an inherent trust of institutions that are no longer seen as trustworthy, and currency as an asset itself is highly volatile and inflationary.

“When you dive deeper into that, there’s only two industries in the world that have a huge dissatisfaction rate where people keep coming back – one is the dieting sector, the other is banking.

“This frustration is obviously the wealthy getting wealthier, poorer getting poorer. Debt spirals out of control as an incentive to issue more debt. Banks are focused on their bottom line, not what’s best for the economy.”

“We allow our users to keep and store their wealth in gold while accessing the financial system.”

Enter BullionFX, the company Moss created to reinstate faith in currency while democratising access and ownership of gold to “allow everyone to build their wealth safely in a new global economy”.

The BullionFX financial ecosystem covers everything from GOLD tokens, BULL tokens, exchange trading, payments, yield, DeFi, synthetics and DeMi. What sets it apart from its competition is security, a true gold backing and a distinguished list of industry experts forming the team. “BullionFX is a decentralised, scalable, autonomous and a future-proof financial ecosystem underpinned by a new gold standard.”

The ecosystem will offer users a secure infrastructure and full control around the ability to trade, pay, save, yield and participate in DeFi, synthetics and other open source products with the ability to store underlying wealth in any major currency and BullionFX’s own GOLD.

“We allow our users to keep and store their wealth in gold while accessing the financial system. We offer direct access to gold stock markets and also yields, DeFi and something we call Vaults, which allows you to house any decentralised asset and apply yields and DeFi to it.

“What we’re doing that’s quite unique with that gold backbone is we’re introducing something called Liquid – a rival to Tether (USDT).

“USDT is just a blockchain token backed by US$1. It is the major trading pair for Bitcoin, Ethereum and everything else. You can buy it on any exchange and it costs US$1. People use it because you can send it to crypto exchanges instantly or send it around instantly.

“The ironic thing in my world is most people have their blockchain goggles on and forget the bigger picture. All these yield pools, DeFi pools, blocks and NFT applications grow as the blockchain industry grows – but it’s being built on $USD.

On the technical front, users can buy a GOLD token and can sell out and trade them. This comes with the ability to build yield pools, DeFi protocols and future applications over gold. On a practical level, it lets users deposit money and interchange that between crypto and gold. It allows people to spend that crypto or gold whether it be through a debit card, sending it as a payment to someone, taking cash out of an ATM or tapping on a point of purchase.

“Right now you can get a 12 per cent return on Tether for example. But it’s kind of difficult if you’re just an average person that’s not technical. So the ability to bring yield under a risk reduced mechanism is vital.

“If you want to yield on Tether, you’ve got to pick a pool on Google and invest in it and inherently trust that pool.

“What we do, like the investment banking industry did in the 80s and 90s, we apply portfolio theory. We’ll get the top six pools and merge them into one and provide them to the customer.”

Betting on a generational shift

Moss is adamant about the viability of not just his own venture but that of the blockchain industry as a whole. He credits his confidence to the latest trading trends of the younger demographic.

“What you’re seeing now in financial markets is a big generational shift away from share trading. Kids today trade crypto; they don’t trade shares,” he says.

“The Australian Stock Exchange (ASX) is already looking at implementing blockchain technology but I actually think the blockchain world is going to implement technology to access the ASX first.”

An example of this can be seen through the benefits ‘synthetic’ tokens are able to offer holders. Synthetics have the ability to tokenise shares listed on the Nasdaq, according to Moss. A Google token could be purchased instead of a traditional Google share. This was most recently seen with Synthetix Google token designed to replicate the stock market, holding underlying collateral to remit to the counterparty if the stock goes down as opposed to collateral being the underlying asset.

“Ultimately, we would like to explore offering synthetic tokens priced in Gold if the legal and regulatory framework allows it.”

The advantage of owning this token over an actual share is that users can access them straight away and they’re immediately tradable without needing to rely on traditional trading platforms like Commsec or registries.

“If you want to send the token to your friend in London today, you can. If you want to put your card in an ATM and take cash out, your account can sell that share token for cash, then you just take the cash out.

“If you want to earn an interest rate on that token, you can probably earn five per cent on Google shares so your one Google share turns to 1.05 next year if you stake it. The reason it can do that is because you can stake it in a pool of forward sells and then use that forward yield as a return.”

Moss believes that eventually, shares will find their way into these tokenised worlds where kids will end up trading them.

“There is no tolerance in that generation for going through a broker.”

Prioritising safety in a decentralised world

The mass shift towards the blockchain world is more evident than ever. Moss has committed to this movement and highlights how the global financial system is changing with blockchain stepping up as a major player.

“We’re seeing daily volumes of around US$150 billion [A$199.7 billion] in blockchain markets which is 20 to 30 times the size of the London Stock Exchange. It’s a force that is growing at an exponential rate. Fundamentally, it does have the ability to change the system.”

“We’ve solved the audit problems in an industry which is just full of cowboys.”

Of course where money goes, security must follow. Despite zero marketing to date and a growth trajectory dictated purely by word of mouth, Moss and BullionFX don’t hide the fact that it’s backed by some big names in the industry. Their team includes Wizard Home Loans founder Mark Bouris as an advisor and has received investment from Torian Resources, an Australian gold exploration company that is listed on the ASX.

Moss has also tied BDO Blockchain into the equation to show what it can do in terms of institutional-grade auditing in the space.

“That is an audit similar to what an exchange-traded fund would do with the addition of blockchain. An audit of our smart contract, audit of our technology, audit of access to gold and security of gold in the vault, and everything else attached to it.

“That’s important because participants in our industry are getting audits from their local accountants or lawyers. At the premium end they can go to KPMG and get a financial audit.

“If you own a GOLD token you probably don’t care if the company received the money and put it in their bank and bought gold. You just want to know that you own that gold and the token owns it and a number of tokens is equivalent to a number of gold in the vault. So we provide that. We’ve solved the audit problems in an industry which is just full of cowboys.

“I hope we can be seen as a reputable provider in this industry delivering some serious security and diversification.”

Read next: Why every business should be thinking about blockchain