The KOL Group Founder and CEO was faced with a pivotal life-changing moment, ultimately setting her on the path to greater success. 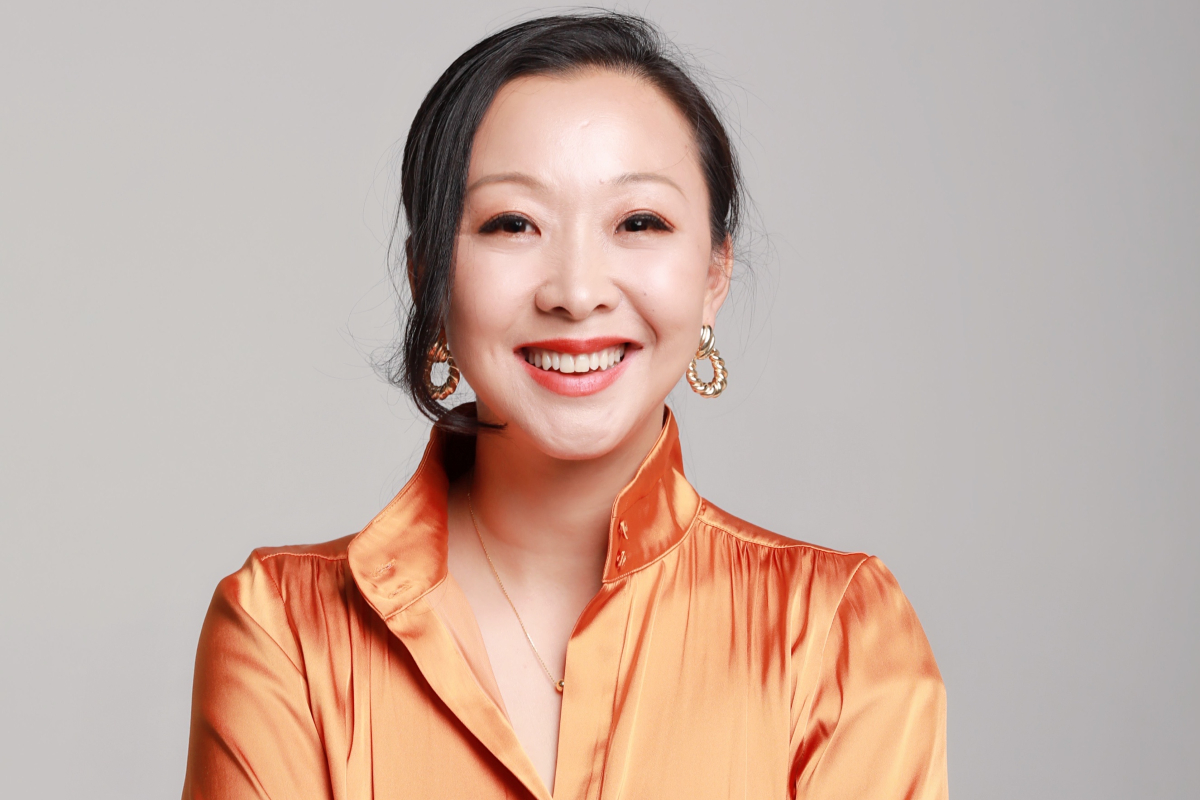 Knowing just two words of English but with a dogged drive for success, KOL Group Founder and CEO Maggie Kim forged an influential career in finance and asset management – a venture spanning continents that has opened her world to new possibilities, although it almost claimed her life.

More than a decade before the life-changing moment where Kim woke to find herself lying in a hospital bed in China, the intellect was living a fairly ordinary life.

At just 16, she embarked on her first long-distance flight to move to Australia to complete a double degree in accounting and psychology in Darwin, completely solo.

Already facing the insecurities that come with living in a foreign country away from home, Kim’s challenge was heightened when her family – who are property developers – faced bankruptcy.

“Two years after I came to Australia, our family business crashed,” Kim tells The CEO Magazine. “My family were very wealthy, but then the business went bankrupt – all the assets were frozen, and we had about US$7.50 [A$10].

“A policy changed overnight, and all the investors pulled their money out, so the business crashed.”

Desperate to go home to be with loved ones, 18-year-old Kim sought advice from a friend.

“I wanted to go home,” she recalls. “I couldn’t afford to pay the tuition. My friend grabbed her wallet, called the university and paid the first semester for me.”>

Encouraged to stay in Australia to finish her degree, Kim successfully applied for a scholarship and worked at the airport to earn a living.

“My family stayed together and that was the most important thing – we never gave up,” she shares. “My parents started another business and they were successful. It was a very hard journey, but we supported each other.

“One thing I learned is you’ve got to find a way to solve the problem and move on. Crying doesn’t work.”

The tough situation created the foundation and essence of Kim’s determined work ethic with which she is synonymous today.

Fresh out of university, Kim was trained as a financial adviser at an asset management company where she completed a six-month internship before being offered a job in mergers and acquisitions.

With its headquarters in the UK, the company sent the young businesswoman to England, followed by New York and Chicago in the US, where she quickly found herself in charge of the entire European market as well as South America and North America. 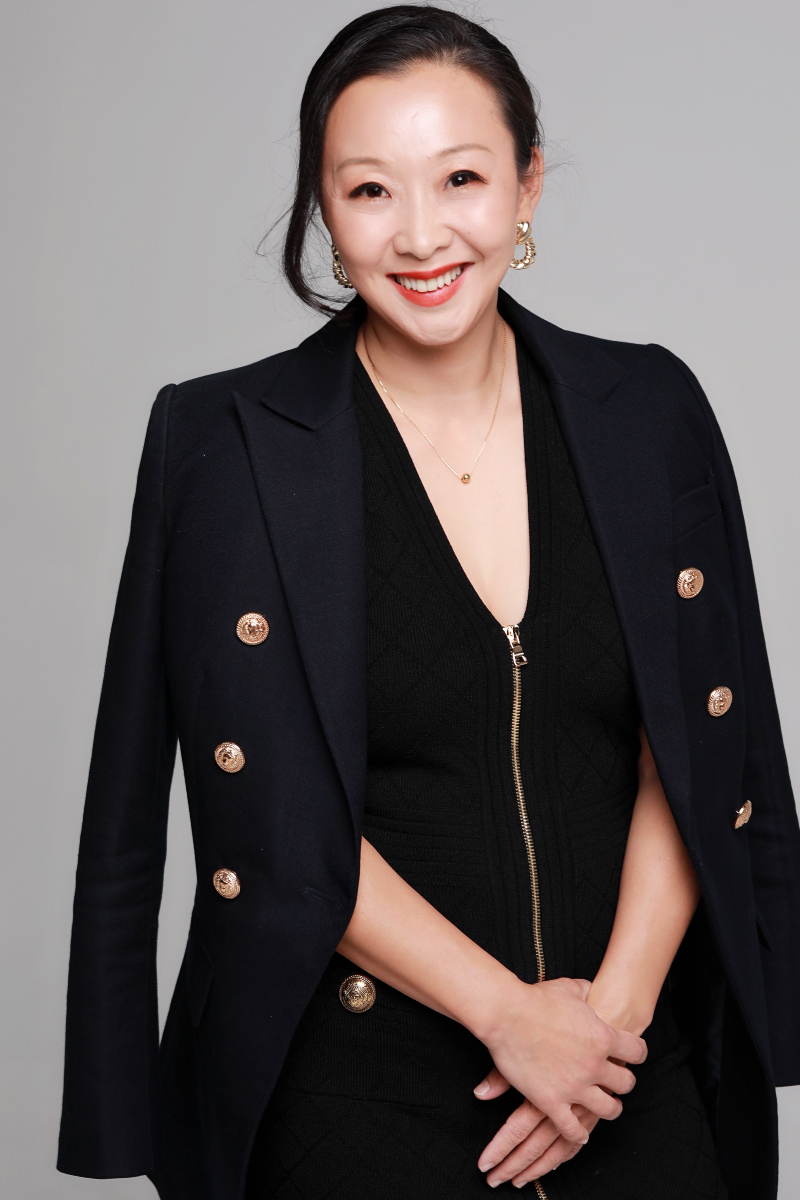 “I worked for them for six years, and eventually I had enough connections with governments and private clients to establish my own company in China,” Kim explains.

With about 300 employees, Kim’s firm KOL Group has grown across a number of countries including Asia, Australia, the US and UK.

Currently based in Sydney, the business owner is working to bridge the East with the West through the company’s investment projects.

Focusing on high technology and sustainability, which KOL Group dubs the green field, the firm implements efficient processes from Asia into various Australian markets – in particular, through a current waste project.

“Australia still uses traditional landfills which involves basically digging a hole and filling it,” Kim says. “To solve this problem, we can import the technique from China then recycle 99.9 per cent of waste. You have waste every day, so it’s good for the country and the people too.

“I’ve done two years of research on modern waste solutions and have spent a lot of money on the study, which is important because it’s related to the environment. Without a report into what the current situation is, we can’t do anything to improve it.

“If I’m successful, we can copy the same model and move it to different areas.”

While her firm inspects about 100 projects every year, only two are actually closed. And it takes a lot of research and funding to prove whether a project is worthy or not.

“We’re a small firm. We move really quick,” Kim says. “It’s a numbers game. We make three- to five-year plans about whether a company will make a profit or not.

“Not many do the research because time and money consuming. It’s one of the areas I’m interested in.”

Additionally, KOL Group works on mergers and acquisitions with Chinese investors looking to expand their businesses into particular areas in Australia.

“To put it simply, I buy large bankrupt companies for my buyers,” Kim explains. “It requires field visits, and you have to dig out any hidden issues. It’s very challenging and it’s a lot of work.

“There are five of us who work as a team to perform accounting audits. We don’t sleep. We work 72 hours in a row going through every single document to dig out all the issues. This is to make sure we don’t buy a business with debt for our clients, otherwise our clients will inherit the debt.

“It’s tiring, but you feel accomplished. You feel successful.”

Building her business purely on referrals, Kim’s reputation shines through the accomplishments of KOL Group.

“I never over-promise things and I deliver what I promise,” she shares. “When you run a company, you have a lot of people to feed. You have to be serious. You can’t be nice all the time and give them lollipops.

“You have to be a nice boss, but sometimes you have to [be hard on] them to make sure they do the right job, otherwise they should just go home. I’m not some sort of charity giving them money for nothing.”

Growing up in China born to Korean parents (her mother is a doctor), the businesswoman says her parents – who were the first property investors in China in 1992 – shaped who she is today.

“If there’s something I want, I’m going to fight for it. And if I don’t, I’m pretty sure I’d regret it every single day.” – Maggie Kim

Watching the family property development company collapse set Kim onto the path of being a fiercely tenacious deal-maker, garnering a reputation as Shark Maggie.

And getting the gold is a talent of Kim’s that extends back to her early university days.

Thinking outside the square, the young student saw a realm of possibility with international scholars arriving to Darwin with little English. The opportunist charged new arrivals around US$76 (A$100) in return for a week of exclusive services including personal transport and local knowledge, divvying up the profits 50/50 between herself and her workers. Kim also introduced wealthy Asian students to a real estate agent, helping to sell property for a cut of commission simply through creating connections.

“I’ve wanted to make money since I was in Year 11,” she admits. “This is what I did for pocket money.

“If there’s something I want, I’m going to fight for it. And if I don’t, I’m pretty sure I’d regret it every single day. I’d do it again if I had to.”

Working tough hours for lengthy periods is something Kim is familiar with.

As her career took off, she spent much of her year flying around the world working endlessly.

“I was living in a hotel for five years just because I was travelling that much,” Kim shares. “I was working 17 hours every day for five or six years.

“One day I crashed. I passed out and when I woke up, I was in hospital.”

The significance of her body physically forcing her to stop was a defining moment of her career.

Following six days in hospital, Kim took a month off work before resigning. It was then where she had a choice – work for another big firm at the mercy of someone else, or simply write her own rules.

“I gave myself two years to try my own business,” she says. “It worked; I’ve never gone back.”

A glimpse into the fragility of life has helped the KOL Group CEO realise the importance of wellbeing. And as a mother to her two-year-old son, it’s more pressing than ever.

“When you end up in hospital, you know it’s serious,” Kim says. “You don’t need a posh life or luxury brands; you don’t need any of that – you just need to survive.

“I want to remind everyone; a career is just a career. You shouldn’t stress yourself over it because stress always causes issues. You also shouldn’t work too hard. Make sure you have time for yourself always.

“Work is work. It can be successful, but if you don’t have health, then you probably have nothing.”