From its beginnings as an online DVD rental service to becoming a global film and television empire, Netflix is nothing short of extraordinary. Co-Founder Marc Randolph shares his tips on disruption and launching a start-up. 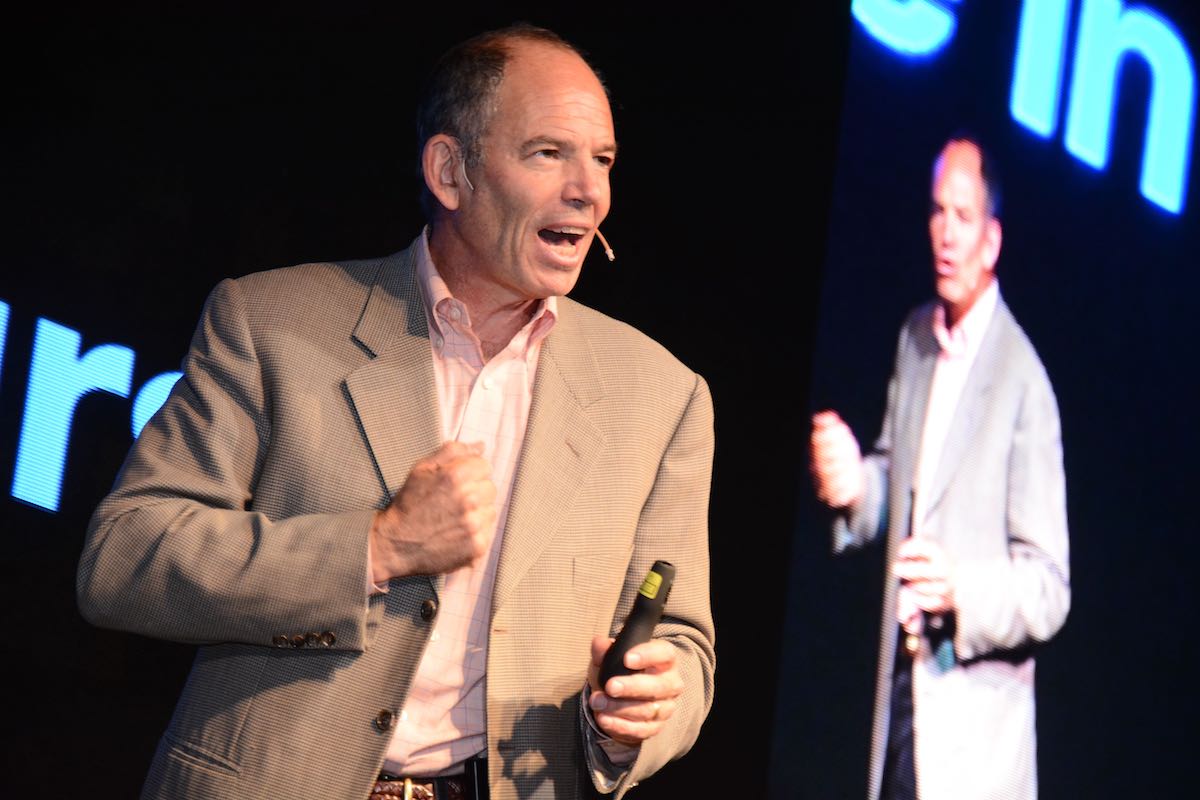 Stranger Things, Orange is the New Black and The Crown are just some of the shows that have made Netflix a household name.

Founded in 1997 in the US by Marc Randolph and Reed Hastings, the business began as an online DVD rental service before introducing a subscription model that granted users unlimited DVD rentals for a monthly fee. It later introduced online streaming which further launched it towards national, and eventually international, success.

Today, Netflix has around 130 million subscribers in more than 190 countries around the world.

Marc served as its founding CEO, the executive producer of the Netflix website and on the company’s board of directors before he left the business in 2004 to pursue other interests. A long-time entrepreneur, he has since founded a range of successful start-ups, with his latest venture being analytics software company Looker Data Sciences.

On 20 and 24 September 2018, Marc will speak at the State Theatre in Sydney and at Melbourne Town Hall where he will share the extraordinary story behind Netflix.

In the lead-up to the StartCon-hosted event, Marc spoke with The CEO Magazine to reveal what motivates him, his best business advice and his tips for CEOs facing disruption.

What were you most proud of during your time at Netflix?

Starting a company, thinking about it day and night and working all hours, while managing to stay happily married and have my children know me (and, I think, like me).

Was there anything you would have done differently?

You know that process where you’re trying to solve a problem so you try 100 things, and 99 of them turn out to be bad ideas, but one of them eventually works? It would have been nice if I had been able to move straight to the ‘one that actually works’ part a bit faster.

How did you stay motivated when times were tough?

I just needed to go to the window and look out the car park. That gave me a visceral and direct reminder that there were a lot of people (and a lot of car payments) counting on us pulling this off. Not to mention that my mother was one of my early investors.

What was the biggest lesson you learned from the success of Netflix?

That ideas don’t count. Virtually no successful company ends up being successful with the original idea. It’s all about execution, or, as I often say, “Don’t ever fall in love with your idea.”

How do you think CEOs should approach disruption?

As an inevitable part of business. There are two types of companies: those that have been disrupted and those that haven’t been disrupted yet. If you aren’t actively in the process of figuring out how to disrupt yourself, you’re just leaving yourself wide open for someone to disrupt your business for you. Blockbuster was sure that Netflix would eventually go away. Nope!

What advice would you give to someone planning to launch a start-up?

Stop planning and start doing. You will learn more from one day of doing something than six months of thinking about it. No business plan ever survives a collision with a real customer, so any time you spend planning is time you could have been using to figure out what customers really want by offering it to them.

What can attendees expect from your two speaking engagements in September?

You’ll laugh, you’ll cry, and maybe you’ll even stay off your cell phone for a full hour. I’ll be telling you some of the highs and lows from my experiences starting Netflix, as well as giving out specific tips on how you can use the things we learned to help make your dreams turn into a reality.

Marc will be speaking at the State Theatre in Sydney on 20 September 2018 and at Melbourne Town Hall on 24 September 2018. Tickets are available now for this event through Ticketmaster. Book now to receive two tickets for the price of one.