What Will It Take to Innovate Australia?

While Australia is responsible for inventing Wi-Fi, the Heart Pacemaker, the Black Box Flight Recorder and many other tech products, it’s no secret we’re behind many other countries when it comes to innovation. I spoke with a few digital leaders about what it’s going to take to bring us up to speed. 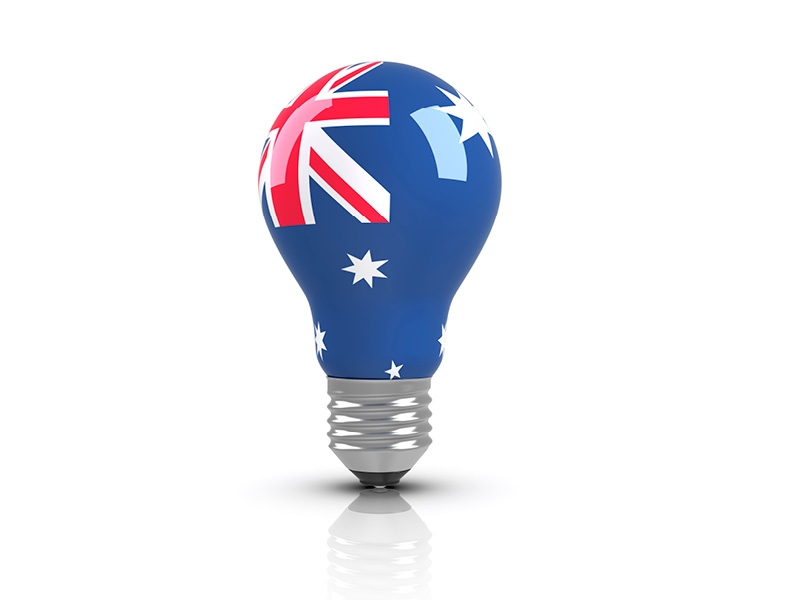 At a recent lunch I was talking with 3 prominent business women about innovative leadership.  After much back and forth we all agreed on the fact that Australia has a real disadvantage due largely to its well-known tall poppy syndrome.  I mentioned the fact that I sang backing vocals for Kylie Minogue on her first tour many years ago.  Initially, people were so supportive of her giving singing a go as she was only known for her role on Neighbours at the time.  However the minute she had any substantial success overseas it became, “Who does she think she is?” from the Australian public.  What is it about our culture that loathes success?

Futurist Bernard Salt feels the issue has its roots in our convict history.  I asked him to weigh in on what he feels it will take to innovate Australia and without any prompting he immediately raised the issue of tall poppy syndrome.  “It's not start ups that will change this.  It's a grass roots shift in Australian culture where we embrace an admiration rather than a contempt for entrepreneurial spirit.”  Salt feels we each need to take responsibility and also see business as an enabler of prosperity.  “We need to have the courage to cite an entrepreneur as Australian of the year and to be more comfortable with effort and reward rather than redistribution.”

I have to say I agree.

I left Australia in 1993 to return to the U.S. where I worked in a number of different industries, one being technology.  Not only does it move at lightning speed there, but it’s anyone’s game and there’s a feeling that success is achievable if the idea solves a genuine problem.  When I returned to Australia in 2013, it felt like nothing had changed here from a business perspective.  All of the same corporations were still leading the various industries with relatively no disruption being evident.

We shouldn’t just be looking at start-ups when we talk about innovation. In fact, we need existing businesses to innovate as much, if not more, than we need new entrants.

CEO of Internet Australia Laurie Patton agrees it’s not simply about supporting start ups.  “We shouldn’t just be looking at start-ups when we talk about innovation. In fact, we need existing businesses to innovate as much, if not more, than we need new entrants. I've just returned from a UN sponsored conference where people were still talking about the Digital Economy as though it is somehow separate from some other economy. We need to be focussing on the emerging digitally-enabled global economy – ultimately everything is being impacted by digital technology. I'm also tiring of people talking about so-called Digital Disruption as though businesses have never previously been disrupted (i.e. forced to change and adapt). Innovation needs to be a constant management process not an occasional burst of activity. We need to have more digitally savvy people on boards, just as we have always sought to have lawyers, accountants and other professional groups in our skills set at board level.

Non-Executive Director and Independent Wealth Adviser Fiona Rowland feels innovation needs to start with the customer, allowing their needs to lead how a company innovates.  “Bitcoin may be innovative as a new currency, but the real challenge for financial services in the current climate is how to change thinking across organisations in order to develop new and relevant ways to deliver services to customers. This requires diverse teams thinking outside the box as a matter of BAU, not just for innovation labs.”

When asked about the disappointing state of Australia’s National Broadband Network, Patton agreed that fast, affordable broadband is critical if we are to compete globally. “Unfortunately, the NBN has become highly politicised when it needs to be a bipartisan project built in the national interest”, says Patton. In fact, if you dare to argue for a better, more modern NBN you risk being accused of taking sides when all you really want is everyone to agree that we need a better broadband network than the one we are currently building. The fact is that for entirely political reasons we abandoned a state-of-the-art fibre-based NBN in favour of one that reuses ageing copper wires and 25 year old Pay-TV cables. When you talk to people in comparable countries, as I have been doing recently, they just look at you in amazement that such a thing could happen. Australia has already slipped from 30 to around 55 on global Internet speed rankings. We sit around 10th in our region, behind New Zealand for example.  Internet Australia (IA) is the not-for-profit peak body representing everyone who uses the Internet and they have called for a bipartisan Digital Future Forum to chart a pathway to a digitally-enabled future.

I agree with Startup Victoria CEO Georgia Beattie who at Bank of Melbourne’s recent Women in Business Lunch stated that she feels Australians just don’t think big enough.  One thing is for certain and that is Australia is ripe for disruption across all industries.  If we don’t move swiftly, other countries are on their way here to do it for us.