The Arriba Group’s Marcella Romero wins big at the 2020 Executive of Year Awards for her dedication to helping others and her keen business sense. 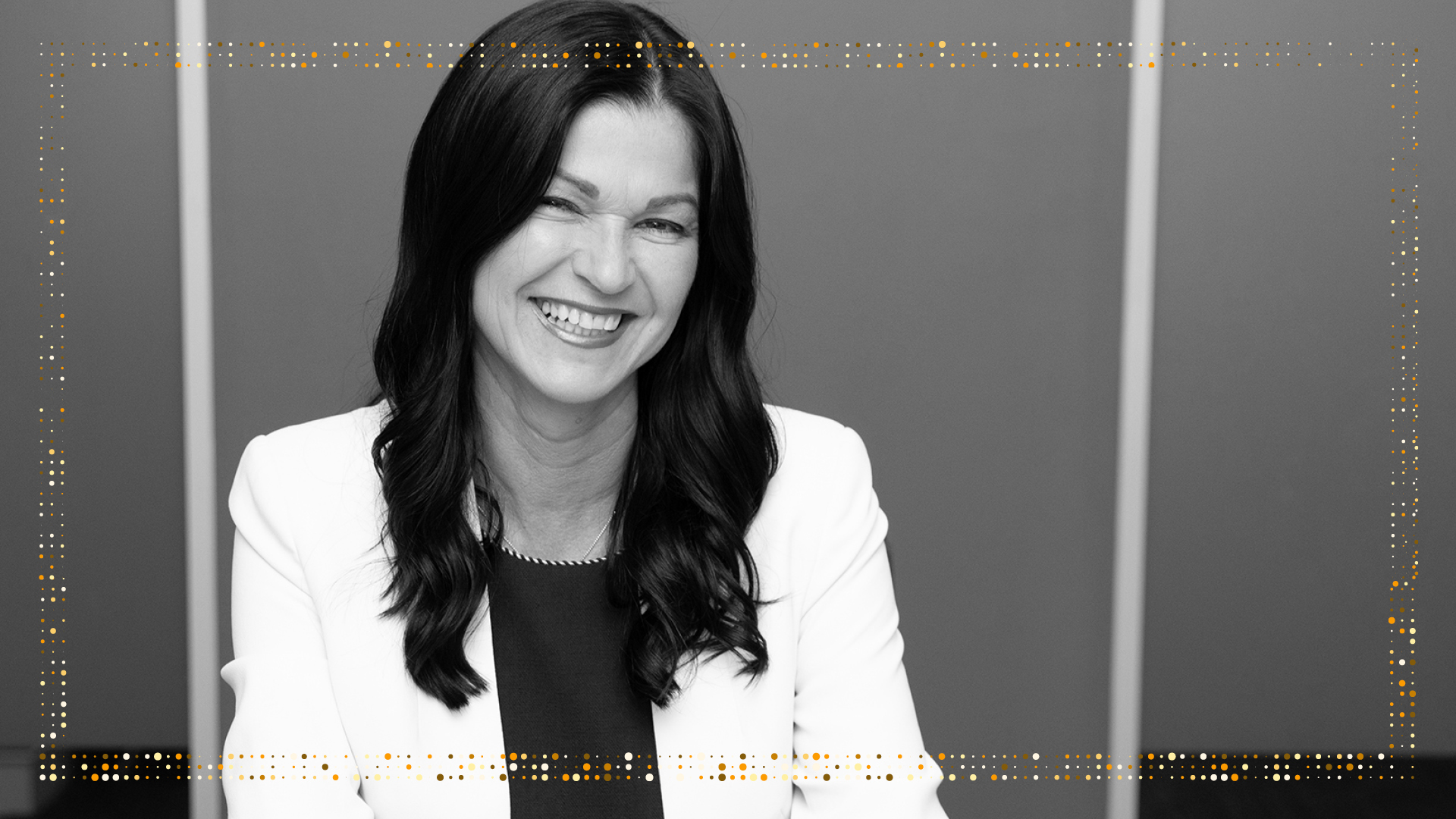 Entrepreneur, innovator, social corporate advocate – the leader of Arriba Group, Marcella Romero, is many things. And, after winning big at the virtual 2020 Executive of the Year Awards, she’s also Managing Director of the Year.

She founded the Arriba Group, which includes Rehab Management, AimBig Employment and LiveBig, in 1998 with the belief that every individual deserves a better future. These companies provide rehabilitation services to help people recover from and return to work after an accident or illness. They also provide specialised allied health and assessment services, helping those with disabilities meet their goals, connect with the community and build social skills.

“Exceptional leaders know how to harness the power of teams and their people.” – Marcella Romero

Marcella had a challenging childhood, which included leaving her home in Chile to come to Australia at the tender age of nine. From those early days, she made it her mission to be of service, helping those most vulnerable.

“Since starting my career, my goal has been to help others, especially after overcoming adversity and racism as a child migrant,” she shares. “This has guided me through all phases of my expanding business. I want to make sure that people with physical disabilities and/or mental health issues are treated with the same level of respect and have equal opportunities in workplaces and in the community.”

Full owner of the Arriba Group, Marcella is committed to ensuring the company becomes the number one nationwide market leader and provider of choice to its customers. And with the right culture, it’s her belief that it’ll get there. 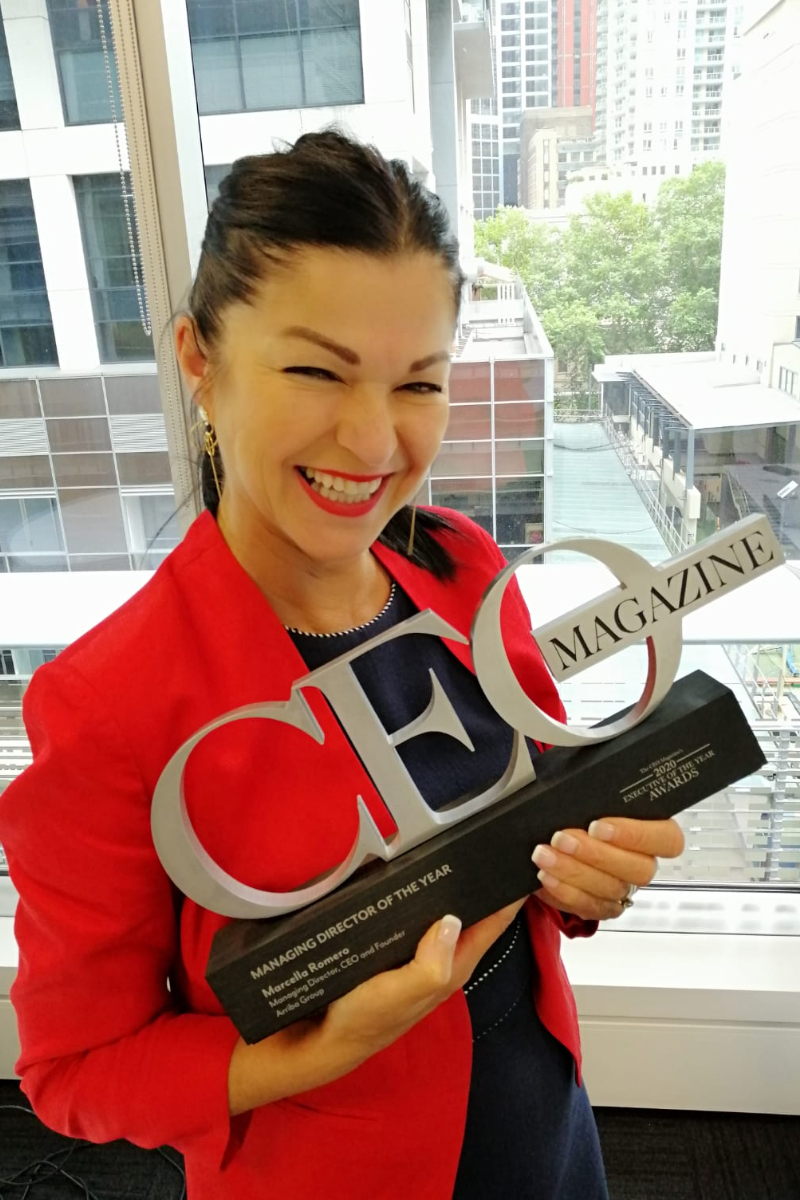 “As Managing Director, I have operational control and lead a team of 15 senior executives to meet our vision and make a difference in people’s lives,” she says. “Exceptional leaders know how to harness the power of teams and their people. Collectively, my team values innovative thinking, evidence-based approaches and best practice in our field. These are all qualities that help build exceptional companies.”

With a track record like hers, it’s not surprising that Managing Director of the Year isn’t her first accolade. She’s been granted broad industry recognition as a thought leader, winning the Comcare WHS (Innovation) Award in 2014 and becoming a finalist in The CEO Magazine‘s 2018 Executive of the Year Awards in the Health Executive of the Year category. In 2019, the Arriba Group was also awarded eighth place in the AFR BOSS Most Innovative Companies awards. But being crowned Managing Director of the Year is certainly an honour she’ll treasure for a lifetime.

“I’m very happy, proud and honoured,” Marcella says. “This success has taken hard work, commitment and passion over a very long time. And to be acknowledged by a highly regarded publication and strong brand like The CEO Magazine is a great honour.

“To get this recognition is as much for me as it is for my team. I couldn’t exist without my people. My success is my team’s success.”

A passionate supporter of female entrepreneurs and diversity in the workplace, Marcella believes award ceremonies like the Executive of the Year Awards are a vital component of Australia’s business landscape.

“I think it’s fantastic that The CEO Magazine is acknowledging female leaders and female entrepreneurs,” she says. “By recognising what others do well, where leaders innovate or take risks, we all benefit from sharing the best, the challenges and the learnings along the way.”

And for those on the fence about applying for next year’s awards, Marcella recommends just doing it. “If you genuinely believe that you are a true leader in your space, and you feel as though you’ve made key achievements that you want to have recognised, then go for it,” she says. “And remember, when you get recognised, it’s not just you. It’s your team and your brand that gets recognised too. So, if you don’t do it for yourself, then do it for your team.”

Her key tip when applying? Prove yourself. “When you showcase your achievements, use key metrics and provide evidence that demonstrates your success. Don’t just say you did something.”