Breaking barriers: Meet the 4 Startup of the Year finalists

Venture capitalism has historically been a boys’ club but with three out of four of this year’s Startup finalists being female, are the tides finally changing? 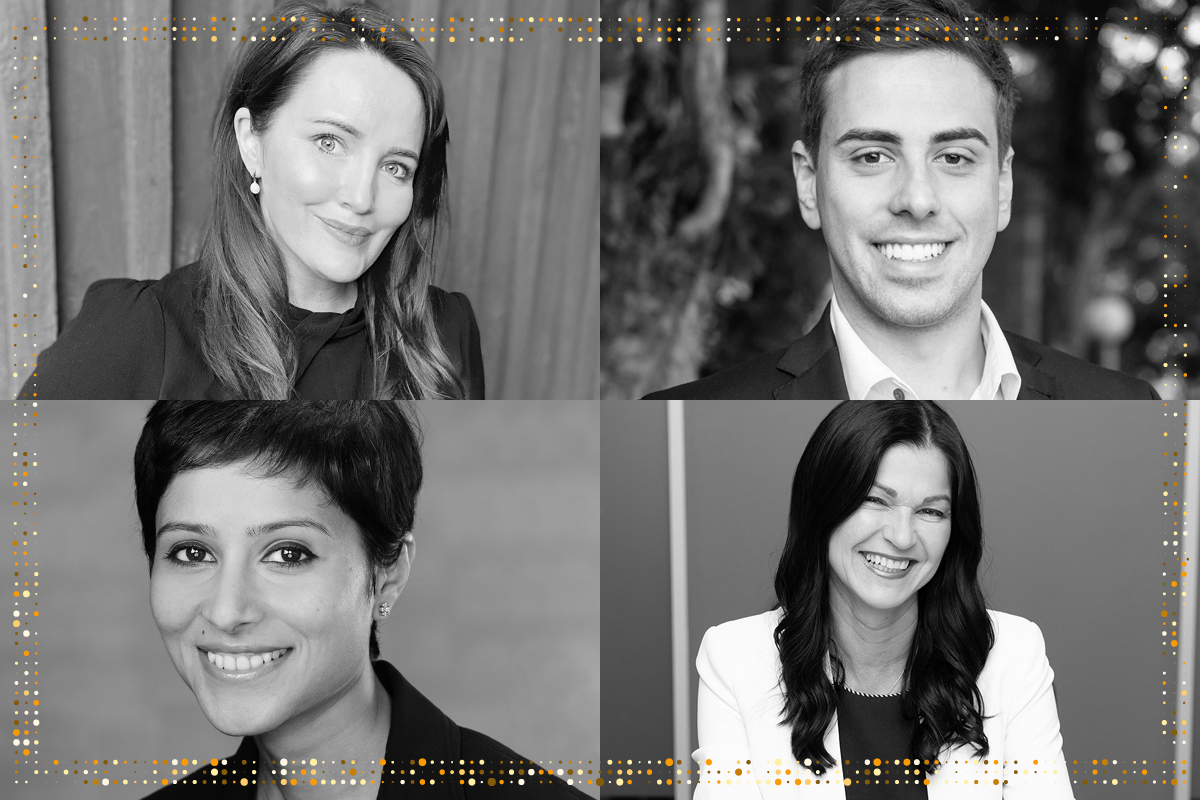 A venture capitalist, by definition, is a private equity investor that provides capital to startup companies exhibiting high growth potential in exchange for an equity stake. If it were this simple, then recent stats would suggest that women simply don’t have any good business ideas.

Of course, one look at female-founded startups like the successful Glossier and ezCater debunks that notion. Yet, for the second year in a row, less than a shocking 3% of investor funding has gone to women-led startups. To put that in perspective, companies with all male founders received more than 60% of Australia’s venture funding last year.

Despite all of the media outrage and commitments from investors to diversify their portfolios, many continue to pass on the next billion-dollar startup that happens to be led by women. What gives?

Experts seem to agree that the problem is social, systemic and cultural. Venture capital is a pattern-matching business. If the new opportunity mimics a past successful opportunity, then investors will bet on its success, investing their money.

However, that past opportunity doesn’t look like a woman. And the problem the female-led startup solves is viewed through the female lens – something that can be difficult for a man to wrap his head around.

“The CEO Magazine is the epitome of recognition and inspiration on a global scale.” – Sangeeta Venkatesan

Even more, it’s thought that women aren’t even getting to the table where decisions are made. They’re up against an invisible male network that has a glaring ‘No women allowed’ sign hanging on the door.

Yet, with all the barriers in the way, women are more determined than ever to break down the walls and infiltrate this male-dominant ecosystem. Driven by the desire to succeed and to solve some of the biggest social, economic and political problems facing the world today, female-led startups are the fuel for igniting change.

It’s also worth mentioning that in 2019, 25% of entries were from female startup companies. This year, that figure has skyrocketed to 43.8%. It looks like the tides are definitely changing.

Executive Chair and Board Member Sangeeta has 25 years in financial services, working for the likes of Goldman Sachs, Morgan Stanley, Lehman Brothers and the Commonwealth Bank of Australia. She was even Australia’s first female CEO of stock-broking firm APP Securities, where she transformed the business by growing profit by around 50% within a year and a half.

While impressive, probably even more noteworthy is her passion for equal opportunity. This advocacy led Sangeeta to co-found FairVine Super, a superannuation fund exclusively for women.

“I am in the business of empowerment – the honest desire to see those around me on a national and global scale succeed in their daily lives,” Sangeeta says. “It takes a true trailblazer and practical optimist with an unwavering heart for social impact to tackle the superannuation industry from a grassroots and pure-play level.”

Taking inspiration from those around her who lead by example and show courage, conviction and compassion, Sangeeta believes that you become a combination of those you surround yourself with.

“I’m drawn to people who have qualities I admire, irrespective of their age, race, gender or socioeconomic standing,” she shares. “And I’m always on the lookout to learn from others who lead by example and have the qualities that I have yet to master.”

This is one reason why Sangeeta relies on The CEO Magazine to stay relevant in business. “The CEO Magazine is the epitome of recognition and inspiration on a global scale,” she says. “Not only would an affiliation with The CEO Magazine help me to remain at the forefront of finance, it would more importantly be an incredibly powerful platform for me to spread the message and methods surrounding financial freedom and autonomy.”

Recognised as one of Time Magazine’s Next Generation Leaders under 35 globally, Amanda is committed to lowering the worldwide suicide rate with the use of technology.
Her first invention Be A Looper, which launched in 2017, is a free daily mental health check-in app that keeps users “in the Loop” with five people anywhere in the world. It was a finalist in the Global Mobile Awards and helps to prevent suicides in more than 87 countries.
In 2018, Amanda led the acquisition of an emotion AI brain to computer interface, driving her to partner with the leading content company in the world to deploy.

“She’s a tenacious young leader who has been vocal about changing the narrative about the way we interact with the world,” she says. “As an activist, she has the ability to render opinion by observing linear data and amplifying its key messages to an entire planet, placing pressure on regulatory bodies, leaders and change-makers.

“I admire her charisma and strong baseline of the reality of the landscape, along with her charming call to action to empower everyday citizens to make adjustments to their lives in order to help the entire planet at scale.”

A challenging childhood, including migrating to Australia from Chile at nine, didn’t stop Marcella from fulfilling her dream of helping those most vulnerable.

CEO of The Arriba Group, which has three health companies under its umbrella – Rehab Management, LiveBig, and AimBig Employment – Marcella became an entrepreneur to be a voice for the people, doing something meaningful.

“Since starting my career, my goal has been to help others, especially after overcoming adversity and racism as a child migrant,” she shares. “This has guided me through all phases of my expanding business. I want to make sure that people with physical disabilities and/or mental health issues are treated with the same level of respect and have equal opportunities in workplaces and in the community.”

With the motto, “Together we can,” Marcella firmly believes that collectively, a diverse array of people can enhance any organisation’s capability. At Arriba Group, this is demonstrated by that fact that 50% of its senior leaders are female. And the group’s suppliers always include representation from the Indigenous population.

“One of my core values is people, represented specifically by valuing diversity and inclusion,” she says. “I respect differences and embrace opportunities to learn.”

And by being authentic and true to herself, she effortlessly inspires and leads by example.
“My secret weapon is being myself,” Marcella says. “I’ve been told in many business and personal arenas that my inspiration and passion are infectious. I truly believe in what I say and what I do, and that drives performance and excellence.”

A previous finalist and judge for The CEO Magazine’s Executive of the Year Awards, Marcella says events like this are important for Australia’s business community because recognition is powerful.

“They remind people in business, and all leaders, that our common humanity is powerful when working for the success of a program, initiative or company,” she says. “By recognising what others do well, where leaders innovate or take risks, we all benefit from sharing the best, the challenges and the learnings along the way.”

Co-Founder and COO of Sydney startup Tiliter, Martin is committed to shaping the world for the better through technology.

With smart cameras and AI software, Tiliter identifies fresh produce at the supermarket check-out, removing the need for barcodes and packaging. This technology not only makes the check-out process quicker and easier, but it also reduces the opportunity for theft in the self-check-outs.

The artificial intelligence company was awarded Most Disruptive Startup, and Martin was named Startup Entrepreneur of the Year in the Australasian Startup Awards. He was also honoured in Forbes’s 2020 30 Under 30 list in retail and ecommerce.

When it comes to making it as a successful entrepreneur, Martin emphasises the power of building meaningful relationships, saying the road ahead is a long one and continuous support is necessary.

This is part of the reason he’s such a big believer in The CEO Magazine’s Executive of the Year Awards. “It’s important to give inspiration and motivation,” he says. “It creates a community in itself thanks to the exposure that comes from such prestigious awards. It connects current leaders with aspiring leaders and makes the business community stronger.”