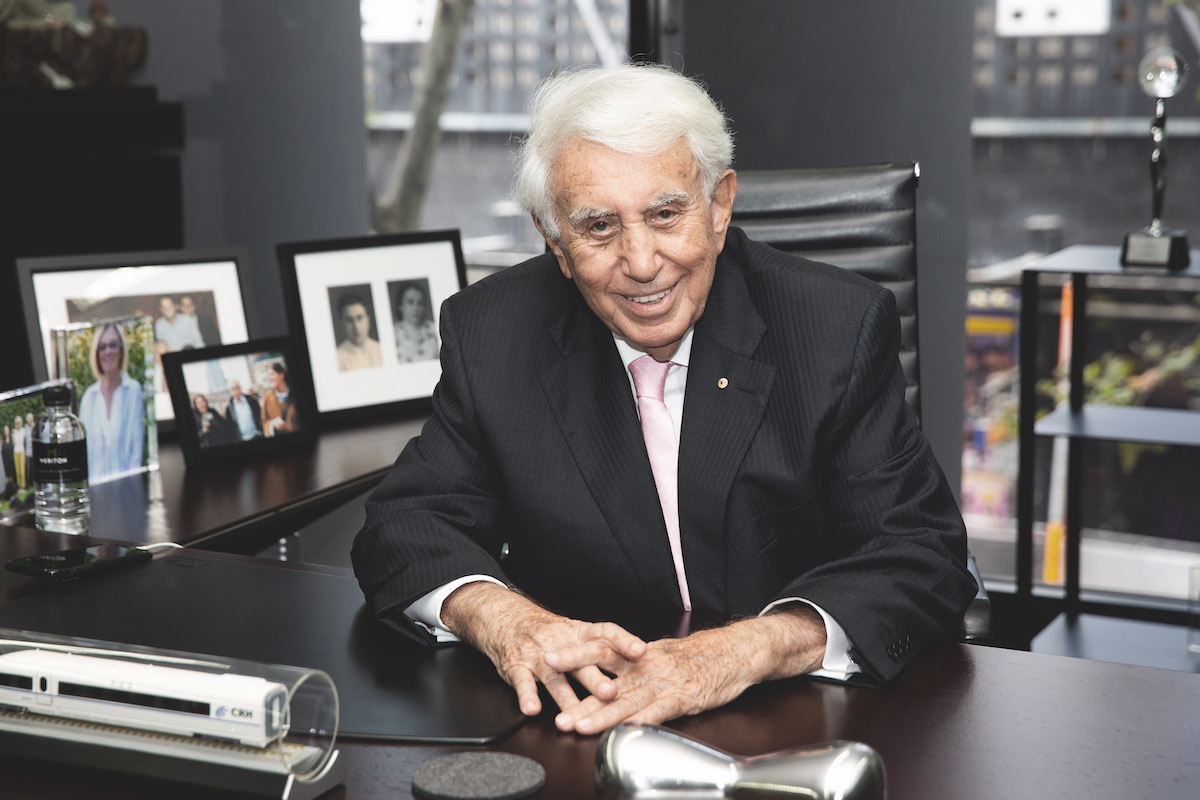 As the billion-dollar business magnate behind Australia’s largest and most successful residential developer, Meriton Group, Managing Director Harry Triguboff has had a career like no other. The influential leader, dubbed ‘high-rise Harry’, founded the business in 1963 at age 30, pioneering higher-density living in Sydney. His idea to promote apartments as an alternative to freestanding homes quickly gained popularity, leading to decades of success and wealth generation in the property market. He’s now one of the country’s richest people and a generous philanthropist, giving around A$3 million each year through the Harry Triguboff Foundation.

Under his directorship, Meriton Group has built, sold and leased more than 75,000 apartments, as well as some of the tallest residential towers in Sydney, Brisbane and the Gold Coast.

At the 2020 Executive of the Year Awards on 12 November, Harry was recognised by The CEO Magazine with the Lifetime Achievement Award. He said that being honoured with this accolade meant a lot because of where the business came from.

“When I am given this award, it’s really to all those people who worked for me now, or before, because without these people, I couldn’t have achieved it. In my case, this was a special situation where, to be able to build everything I did, I had to battle many different characters – important characters of this country. And, in spite of all that, I can still be honoured with an award like this. I think it says a lot, not only for me but for the country that, in spite of it, they are giving it to me and I appreciate it very much, thank you.” 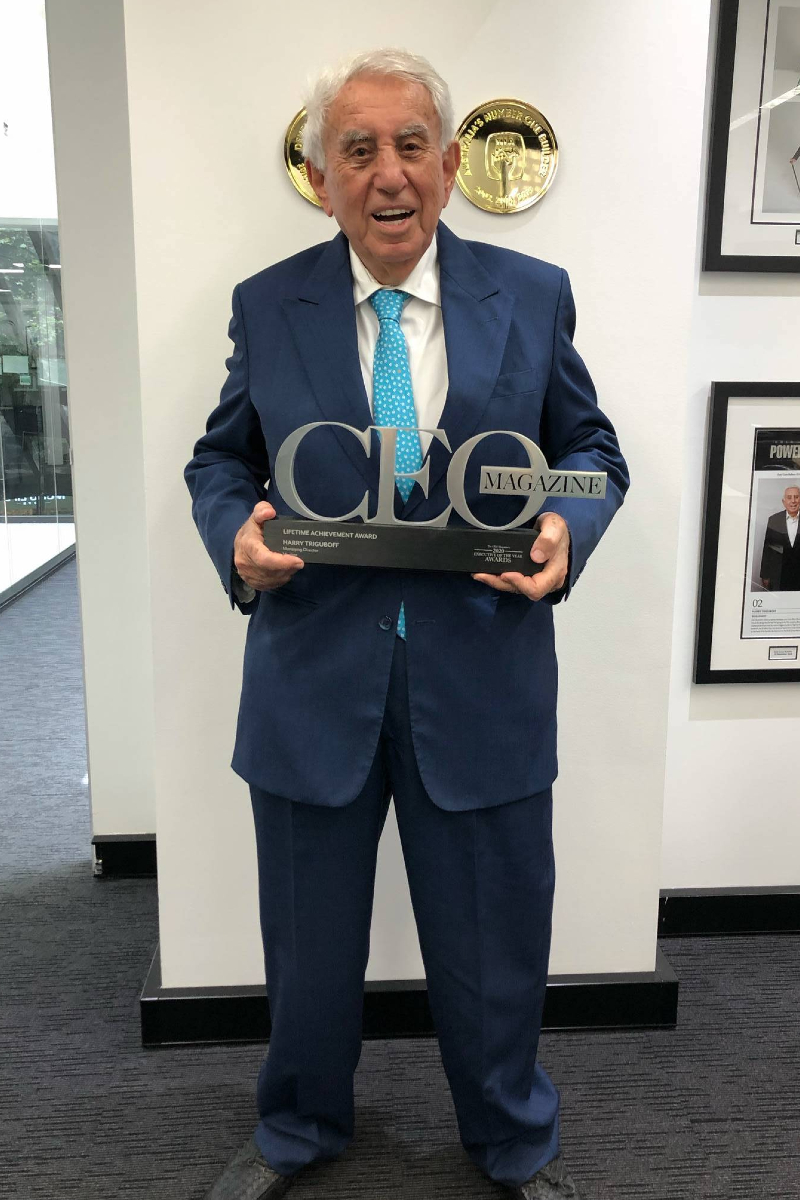 Harry’s impressive career all began with some very good advice from a friend, he told The CEO Magazine when we interviewed him in 2019. “‘Harry, we should build some flats’, that’s what my good friend said to me one day. So, we built our first block of eight units together. I quickly realised I was doing all the work, though – I was small and skinny, and he was big and fat, and so everyone thought he was the boss! – but I knew this was what I wanted to do.”

It’s possibly this clear and direct approach that makes Harry so successful: he says what he means, and he does what he says. Especially when it comes to money.

“When I am given this award, it’s really to all those people who worked for me now, or before, because without these people, I couldn’t have achieved it.” – Harry Triguboff

“In 1973, I was quite a big developer … not that big, but quite big. There was Alan Bond, Christopher Skase, others… We borrowed a lot of money from the Americans and then one day the Americans came and said ‘Harry, pay up’. I said, ‘How can I? I have half-finished buildings all over town, I can’t right now but I will definitely repay you.’”

True to his word, Harry paid them back, little by little every day. “I sold some units, I paid them back. I sold some more, I paid back some more. The Americans were so impressed, they couldn’t believe it. They were sure that I would never be able to repay and that I would just disappear. I said, ‘I don’t run away.’ It was quite a challenging time but that’s OK. I’m still challenged every day, all the time. The challenge is what makes it.”

In 2019, the inaugural Lifetime Achievement Award went to Gina Rinehart, the Executive Chairman of Hancock Prospecting.