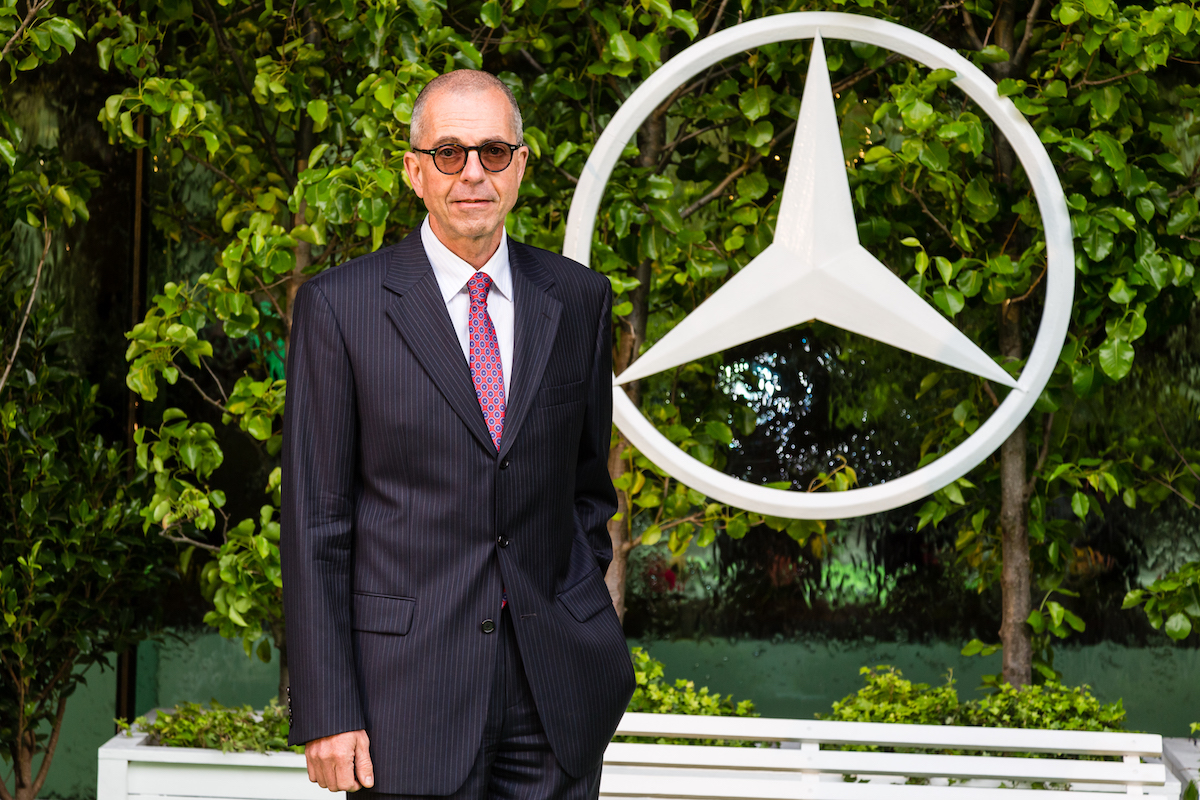 It seems absurd, counterintuitive, too good to be true and somewhat akin to asking a real estate agent what they think a house will sell for and them giving you a genuine price. But it’s really happening.

Mercedes-Benz has decided to do away with the entire process of haggling when you buy a car at a dealership, and indeed dismantle the way dealerships currently work, as it moves to an ‘agency model’ instead.

The Australian arm of the German giant will set a national price for each of its cars, and that is the price you will pay, even if you go into a dealership and let some oleaginous gent in a shiny suit try his schmooze moves on you.

A Mercedes-Benz ‘dealer’ will no longer be able to offer you a deal at all; they can only answer your questions, smile obsequiously and arrange your test drive. If you’re picturing a Gordon Gekko-style salesman – who lives for the hard sell and craves his commission – weeping quietly, you’re not the only one.

And you’re not wrong, according to Mercedes-Benz Australia’s CEO Horst von Sanden. As the company continues to negotiate with its dealers over this huge shift, scheduled to begin in 2022, there has been some resistance.

“There are three camps: those who love it, who are looking forward to it; there are the undecideds, who think, ‘This is pretty new, I’m not sure’; and there are also some who don’t like it for various reasons, one being the magnitude of the change, and the fact that they’re good in the current retail game, which hasn’t changed for 70 years,” von Sanden says, treading carefully. 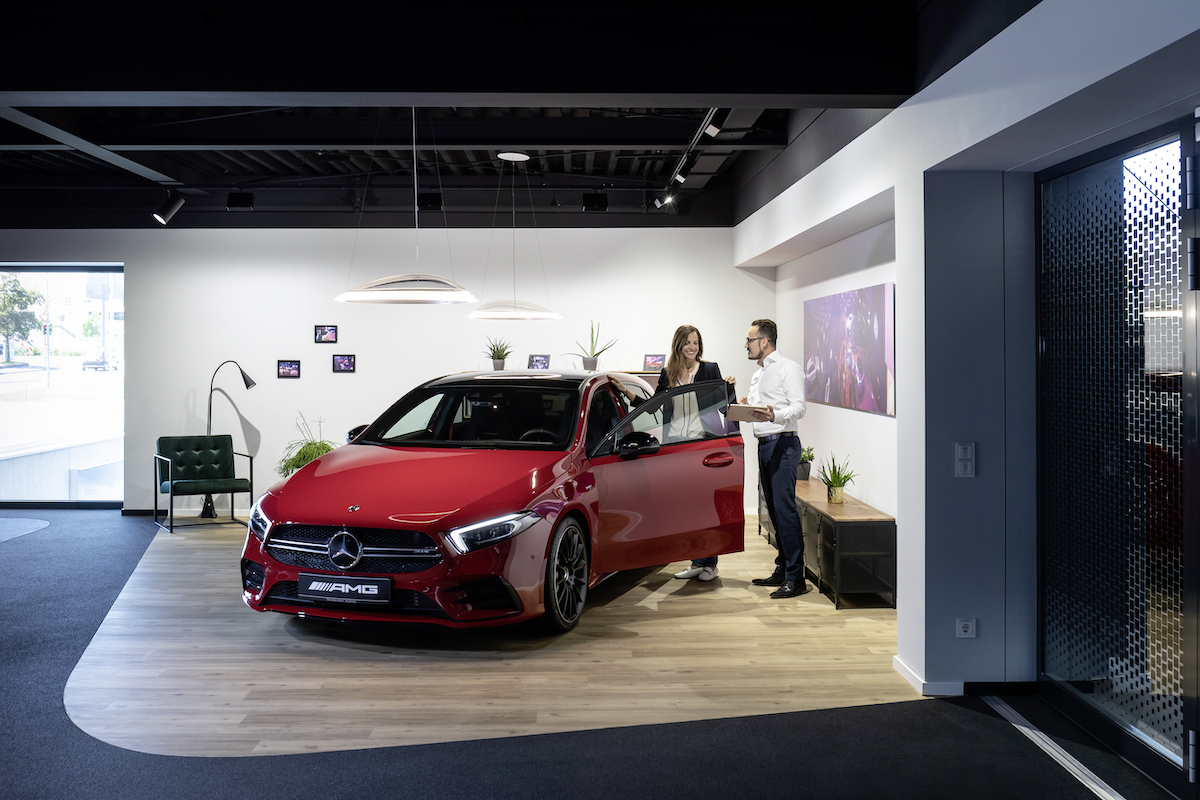 He admits there are some salespeople – those who are “more aggressive in their approach” – who are bereft at the idea that all the thrill is about to disappear from their jobs, like bull riders being told they’ll now only be allowed to stand next to the beasts and pat them.

“There is no doubt that the salespeople of the future will have different skills, and a lot of salespeople are those hunter personalities; they want to cut deals. They want to get something done,” von Sanden adds.

He’s also aware that there are some customers who are “genuinely passionate about haggling”, because it’s part of their background, or they just happen to enjoy it.

“But I think there are fewer of them than we think,” he tells The CEO Magazine. “The fact is, according to our research, a lot of people hate it. They want a transparent, simple sales process, and they feel like the haggling is a disadvantage to them.

“They prefer to go to the retailers they know and not need to worry that there might be a better deal elsewhere.”

The new model will see the company retaining ownership of vehicles, paying to warehouse them and picking up many of the administrative functions typically handled at the retailer level. And while it might seem like Mercedes-Benz is making this move in an attempt to lure customers, it was actually driven by them.

“We’ve been working on this for years and the key factor is that people don’t start their shopping experience in retailers anymore.” von Sanden says. 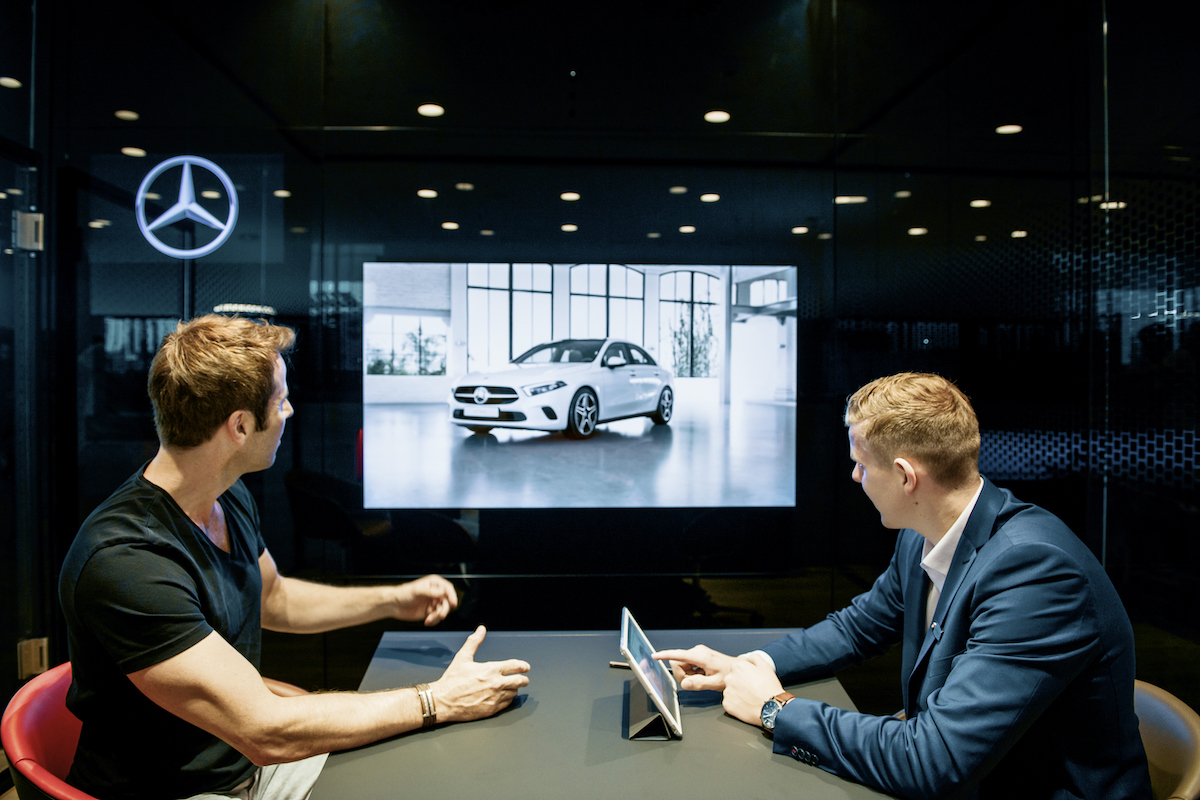 Almost every Mercedes-Benz purchase today begins online. Previously, customers visited a dealership an average of eight times before deciding on a vehicle; it’s now down to just one or two.

Soon, many of them won’t even leave home. Several brands will now deliver cars to your house for test drives– a practice made more common by the pandemic – and by 2025, Mercedes-Benz expects to achieve a quarter of its global sales through online channels.

The agency model, then, is about “futureproofing” the brand’s business operations.

“If you don’t need anyone to help you, you don’t have to have it. No matter how much help you want, you get what you want,” von Sanden says. “A friend in the UK recently bought a car completely online without test-driving it. They did the whole process online: paid online; traded the old car in online. It was a seamless transaction.”

While some enthusiasts, who want to kick the tyres and feel the road, find the idea anathema, many time-poor customers who know what they want are willing to order a Mercedes-Benz online.

While the benefits to customers are clear – and the central warehousing also means you’ll no longer have that problem of only having a black car available when you really want a red one – there are pluses for dealers as well.

“The new model will dramatically reduce their cost base. They’ll save on marketing costs, and they will end up with more real estate, which they can find alternative uses for,” von Sanden enthuses.

“And because they will now have access to every car in the country, they won’t lose sales because they don’t have the right vehicle in the right spec or the right colour.

“We want to keep the dealers as our partners. There’s no intention to push the maximum number of people into direct online sales. We want to manage this omnichannel experience properly.”

While Mercedes-Benz might be one of the first car companies to roll out this radical, set-price model in Australia, it’s not the first country in which the marque has tried it.

South Africa has been operating under the agency model since 2017, Sweden shifted over more than a year ago and Austria is about to make the change.

“We know it works, and from all reports the sales volumes in Sweden are back at normal levels, and customer satisfaction and retailer satisfaction are both at a high level, there and in South Africa,” von Sanden says.

The German-born CEO’s one regret is that he won’t be around to see the rollout, having recently announced that he’s leaving the company at the end of this year, after 20 years in Australia and seven years in the top job.

“I am a little bit sad about that, but there is a time for everything. I’ve seen executives who put this decision off for too long and destroyed all of the good work they’ve done,” says von Sanden, who saw the brand take the lead in local luxury-car sales in 2013 and has never relinquished it.

“Rather a few years too early than one day too late; that’s what I say.”