Catherine Powell acknowledges that ‘transformation’ is a big word. President of Disneyland Paris since July 2016, she moved into the position at a time marked by political, social and economic unrest in France and its neighbouring nations. In the lead-up to Disneyland Paris’s 25th-anniversary celebrations, the need for recovery and renewal was pronounced, and Catherine arrived in the role as a fresh pair of eyes, coming from a managing director position for The Walt Disney Company in Australia.

A transformation was exactly what Disneyland Paris needed. The destination had recently been through a sustained period of struggle, trying to be a successful business in the face of political and economic volatility in Europe. Economic crises and terrorist activities both preceded and followed Catherine’s appointment, but upon her arrival, she took advantage of the opportunity afforded by her novel perspective to instigate a comprehensive adjustment.

Catherine’s transformation initiative began with identifying four priorities. First, park management sought to better understand consumers and their behaviours, desires, expectations and needs, and made a commitment to “put our guests at the heart of everything we do”. The second priority involved adopting a more commercial approach to the running of the site, and the third was to continue to create the best products and experiences leveraging the Disney brands and franchises.

The fourth priority, one that Catherine is particularly enthusiastic to speak to The CEO Magazine about, was to invest in the people she refers to as ‘cast members’. Employees of Disneyland Paris receive this epithet “because they’re all part of the performance, part of the show”, she says.

“To me, it is absolutely clear that the cast members are what make Disney different,” she adds. Catherine displays a keen awareness of the value of the experiences these cast members have accumulated in their time working for Disney. “I wanted to give them a feeling of ownership and a feeling that they can determine the future of the business,” she says. Hoping to foster a sense of autonomy and accountability among the staff, she has made a commitment to listening to their ideas with the aim of empowering them to be a vital component of Disneyland Paris’s transformation.

I wanted to give our cast members a feeling of ownership, and a feeling that they can determine the future of the business. The park’s 25th-anniversary celebrations, beginning in April 2017, marked a significant turning point, and its launch was the first of three noteworthy events that would take place over the following year, signalling the optimistic direction in which the park was heading. According to Catherine, you could feel a positive energy throughout the park during the launch. “The stars aligned, the sun shone, and the guests were happy,” she says.

Further confirmation of Disney’s renewed confidence in the Paris site arrived when the company became private in June of the same year. Catherine celebrates the increased flexibility and freedom the move brought to managing the business, acknowledging that, as a result, there was more that Disneyland Paris could leverage from the rest of the sites and the rest of the business.

The third event took place one day late in February 2018, when Walt Disney CEO Bob Iger met with French President Emmanuel Macron at the Élysée Palace to announce a €2 billion expansion of the Walt Disney Studios Park. Although this investment, the largest injected into the destination since its inception, signals a significant commitment to Disneyland Paris’s future growth, it also represents a vote of confidence for France and the French tourism industry. A spirit of collaboration heavily informs Catherine’s vision for the future of the Paris site. From a personal perspective, as the first female president of Disneyland Paris, she knows firsthand the importance of encouraging diversity and inclusion across the board. All 16,000 cast members have the opportunity to play a role in helping the park emerge from a troubled period, and Catherine hopes to foster a sense among them that, going forward, they are doing so in partnership. “The message that we’re saying to our cast members is that we want the best for Disneyland Paris,” she says. “We want to take it forward, together with you.”

In recognition of her efforts, Catherine was promoted this year from her role as Presidente of Disneyland Paris to lead the Western Region of Disney Parks and Resorts, which will include Disneyland Resort in California and Walt Disney World in Florida, as well as Disneyland Paris. 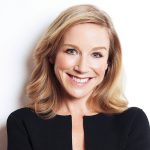