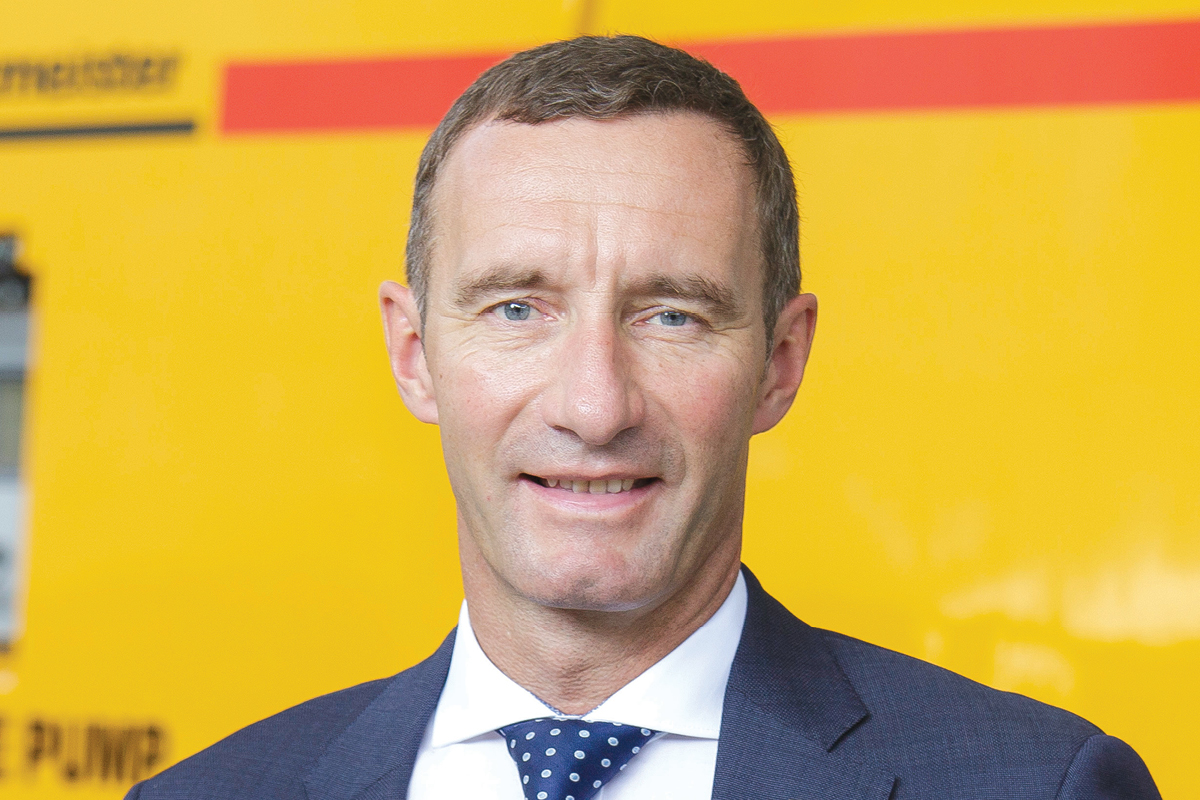 When your company is already the leader in the global concrete pump market, it seems almost contradictory to have a strategy called ‘Become1’. Martin Knötgen, CEO of Putzmeister, can understand how such a comment could be made. “Of course you may wonder why I’ve initiated a program called ‘Become1’ when Putzmeister is already number one,” he says.

“The answer is, yes, on pure market share we are number one in the industry, but there are many other aspects where we strive for excellence. We really want to lead the industry further, to be setting the trends, to be a stronger partner for all the other players in the construction area, and to drive new concepts.”

That, he explains, is what ‘Become1’ means inside the global offices and factories of the German machinery company. It was exactly the world-beating position of Putzmeister, and its prestige in concrete displacing technologies, that lured Martin to the role of CEO in August 2017.

“That huge potential to improve performance and shape the industry was, and still is, extremely attractive,” he explains.

The brand is steeped in heritage. In 1958, mechanical engineering student, Karl Schlecht, founded the business on the back of an idea for a practical mortar machine from the humble surroundings of his father’s garage. Martin took his place in the company C-suite the year before Putzmeister celebrated its 60th anniversary.

Today, along with its headquarters in Aichtal, Germany, the company has a presence in 90 countries, including manufacturing plants in America, Turkey and India, as well as 20 subsidiaries around the world.

Its technology has helped make some of the world’s most ambitious construction projects possible: from the specially designed mortar and pumps used in the building of the Channel Tunnel to the vertical concrete pumps that helped Dubai’s Burj Khalifa rise 828 metres above the ground.

Along with adding to the landscape, Putzmeister has had a hand in protecting it. In the wake of the Chernobyl nuclear disaster in 1986, its long-reach concrete boom pumps operated around the clock to bury the reactor.

Almost three decades later, in 2011, its concrete boom pumps were rushed to Japan to spray water over the damaged Fukushima nuclear plant. 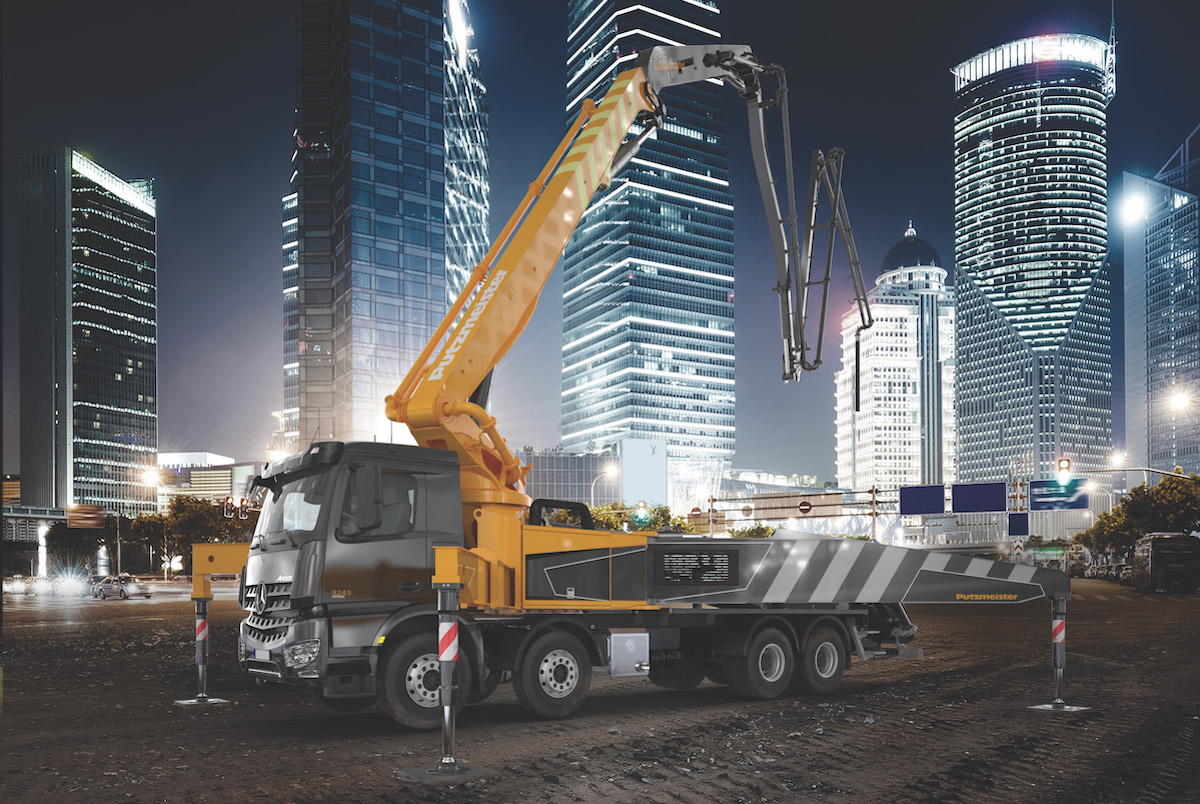 Martin says working out what the two companies can do better together has been his objective since day one – especially since he is also the CEO of Sany Europe GmbH (Sany Europe).

“In terms of integration, not much had happened in the five years since Sany became the majority shareholder,” Martin says. “One of the first things I started looking into was to see what synergies we could generate as a group without losing the identity of the brand.”

Martin says he has been in full alignment with the Sany shareholders to keep the Putzmeister name independent. “However, we leverage the sourcing power and cost-effective supply chain of Sany,” he says.

“In the area of R&D, we join forces, while applications for specific markets and specific customer requirements are developed by Putzmeister.”

While the product lines remain independent, internal back-end functions, such as finance and IT, have been consolidated. “The front-end – anything to do with the brand and sales and commercial teams – remains a separate entity,” Martin continues.

His leadership team has also been structured in a way that mirrors his own responsibilities. “I have ensured that the Putzmeister board has exactly the same positions on the Sany Europe board,” he says.

“One of the first things I started looking into was to see what synergies we could generate as a group without losing the identity of the brand.”

Any questions surrounding potential conflict between his two roles are quickly dispelled. “There are only natural synergies. The Putzmeister organisation helps the Sany Europe team in a lot of administration and business functions, which allows it to focus on important growth opportunities. And Putzmeister can learn how to handle a Chinese parent company from Sany Europe.”

The CEO Magazine first sat down with Putzmeister in early 2017, when Martin’s predecessor, Dr Gerald Karch, emphasised the importance of achieving sustainable growth.

Is this still as much of a priority under Martin’s leadership? “Yes,” he says, “although the strategies for achieving it have changed.” Founded on mortar, and with current technological capabilities that extend into mining, tunnelling, energy and the environment, Martin says that it’s the concrete pump business that comprises 85% of the company’s revenue.

“Past attempts to generate growth via product diversification have had little by the way of impact on this figure,” he says. Instead, he prefers to consider growth from other angles.

“When I took over, I realised that the main focus needed to be on becoming leaner, more efficient and standardising the processes. We are a global company operating on five continents,” he explains.

“When I took over, I realised the main focus needed to be on becoming leaner, more efficient and standardising the processes.”

“So we need to be able to work together efficiently and have enough transparency to be able to keep control while also letting people work as entrepreneurs.”

Martin adds that he has also shifted some of the weight of expectation away from the concept of growth. “At the base, we actually need to lower our break-even point so that we are prepared for the next industry slowdown.”

Improvements in cost and efficiency all tie back into the drive for excellence, which is the core of the ‘Become1’ initiative. “Putzmeister is, like many German manufacturers, leveraging its global footprint,” Martin explains.

Part of what he calls a “significant manufacturing footprint optimisation” involves increasing production in its factories in Turkey and India, without compromising on the brand’s commitment to world-class products and services.

“Our design and process development includes effective quality management that assures performance reliability and safety of our products regardless of the production location,” he says.

On top of the world

The Burj Khalifa, where Putzmeister’s record-breaking, super high-pressure BSA 14000 SHP-D trailer pump was able to send concrete to dizzying heights, is far from the company’s only success story. Another project that placed the company at the top of the world was the Qinghai-Tibet Railway, where Putzmeister’s truck-mounted concrete pumps helped lay the 1,118-kilometre track, between 4,000m and 5,100m above sea-level.

More than half a century has passed since innovations in mortar cast the foundations of Putzmeister, but certain establishing principles remain rock solid. Karl Schlecht believed customer service must be maintained well beyond the final delivery of a machine, and for today’s generation of leaders, this same principle exists.

One of the ways it manifests itself is in the Putzmeister Academy, which welcomes dealers, service teams and end clients from around the world for specialised product training.

“Where we have been a bit weaker, however, is in our development of internal talent,” Martin concedes. The creation of a high-performing global team is another priority in the ‘Become1’ initiative. “For me, the emphasis is really on building up a structured and effective talent management system where we can really grow our leadership team.”

Martin describes the construction industry overall as “quite conservative” and the traditional nature of the sector is perhaps the greatest external challenge he is currently facing.

“There have been some reports released that show how, when compared to other industries, productivity in construction has not really improved over the past 20 to 30 years,” he explains. “There is a definite need for this to change.”

Investing in future technologies that improve the work environment – while retaining customer value – is where Martin feels he can leverage the competitive advantage that comes from being the market leader.

It seems that the sky’s the limit for what Martin hopes to achieve. “When I stand at the top of Burj Khalifa and imagine our pumps and their record-breaking work there, I am really proud of all the company’s accomplishments. But what is even more important to me is to ensure that the power of innovation results in a strong contribution to slowdown society; factors such as increased safety at job sites, affordable housing and sustainability.” 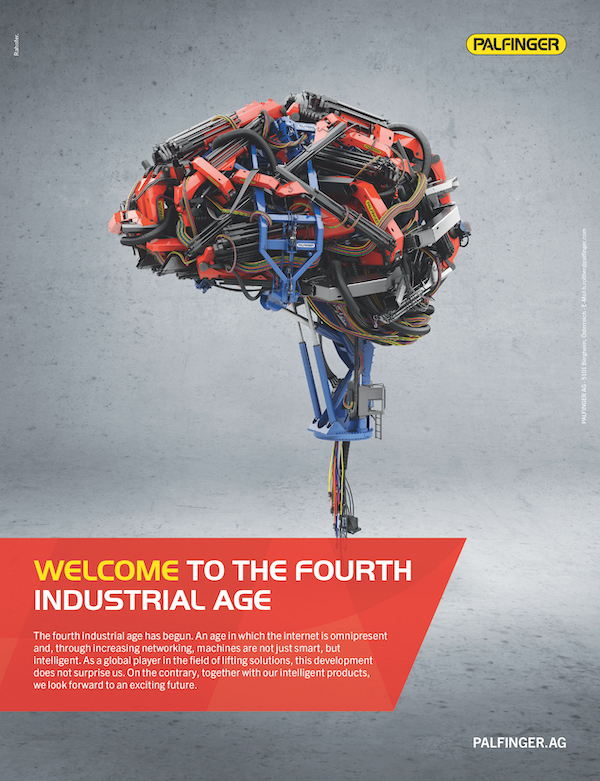 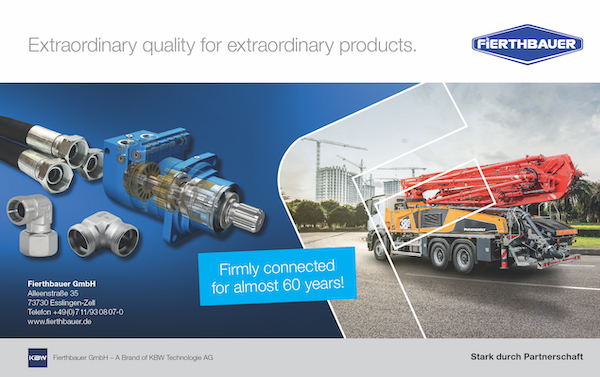