Would you risk lingering radiation to enter the Chernobyl Exclusion Zone? Humans have always been morbidly curious about tragedy and death. In fact, this inability to look away from scenes of destruction is even backed by science.

According to clinical psychologist Dr John Mayer, witnessing a devastating event triggers our survival instincts and we continue to stare as a way to face our fears without risking immediate harm.

The same can now be said for the town of Pripyat in northern Ukraine, the deserted site of the infamous Chernobyl Nuclear Power Plant disaster of April 1986.

Since the recent launch of the hit HBO miniseries Chernobyl, local tour operators have noticed a dramatic surge in travel interest in the largely abandoned region.

Across five episodes, the show explores the sequence of events before and after the nuclear plant reactor No.4 explosion, which released 400 times more radiation than that of the Hiroshima atomic bombing in Japan, 1945.

This radioactive material eventually drifted across the Soviet Union and much of Western Europe, forcing hundreds of thousands of people from their homes. Clean-up continues to this day and Chernobyl remains the largest nuclear accident in history.

While the explosion directly caused around 31 deaths, millions of people were exposed to dangerous radiation levels – leaving the final death toll due to long-term radiation exposure unclear.

While the UN predicted up to 4,000 related cancer deaths back in 2005, Greenpeace believes the death toll was “grossly underestimated”. It predicts up to 270,000 cancers and 93,000 fatal cancer cases were connected to the disaster. 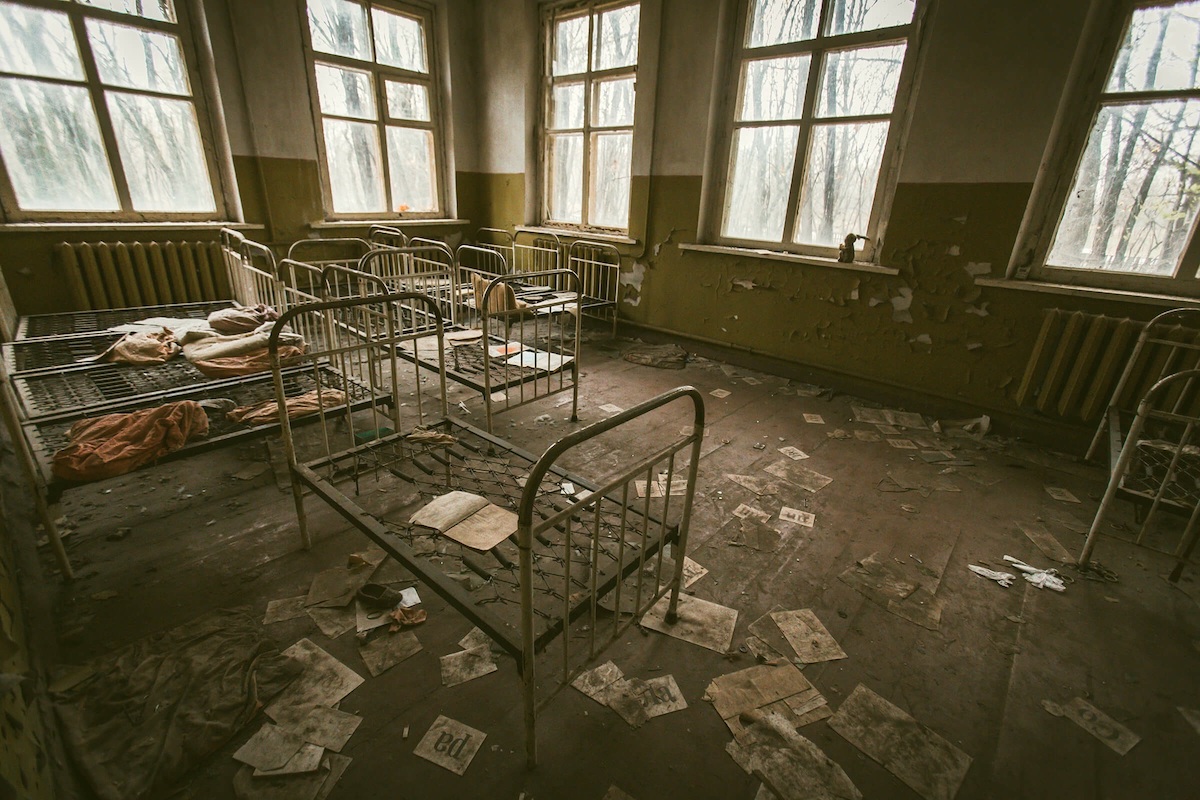 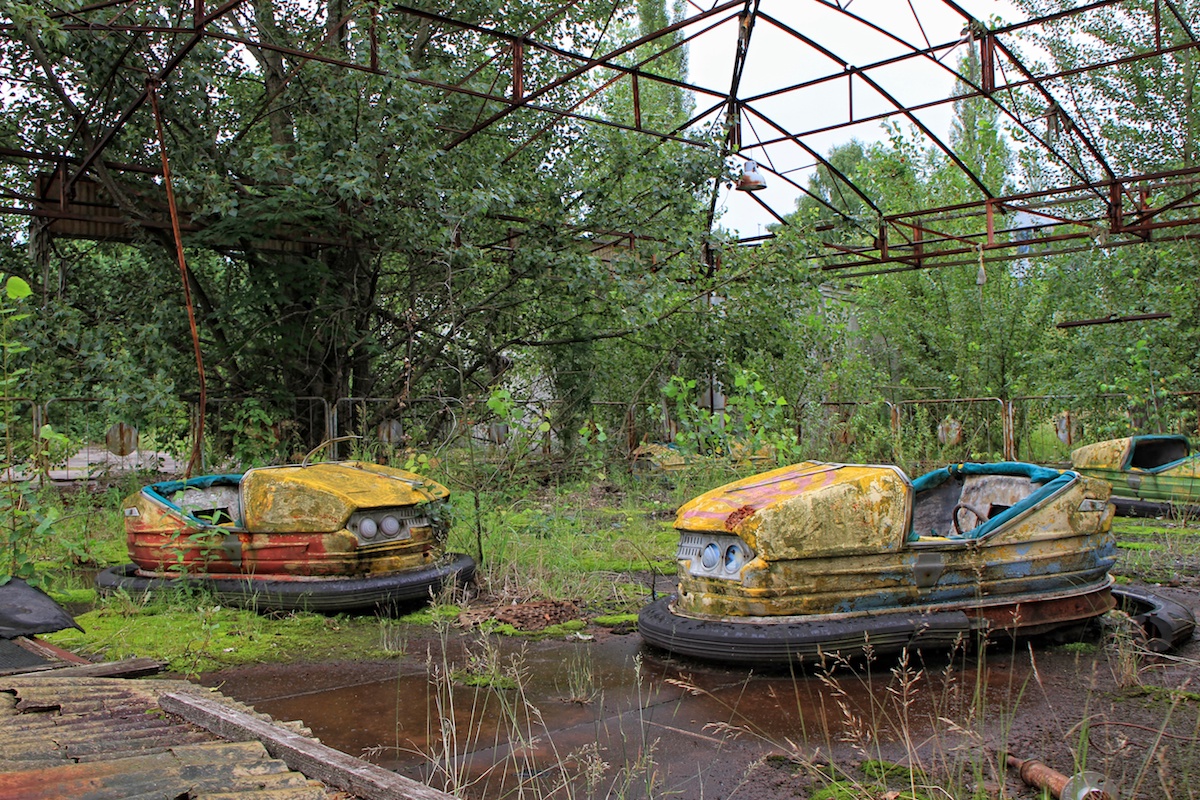 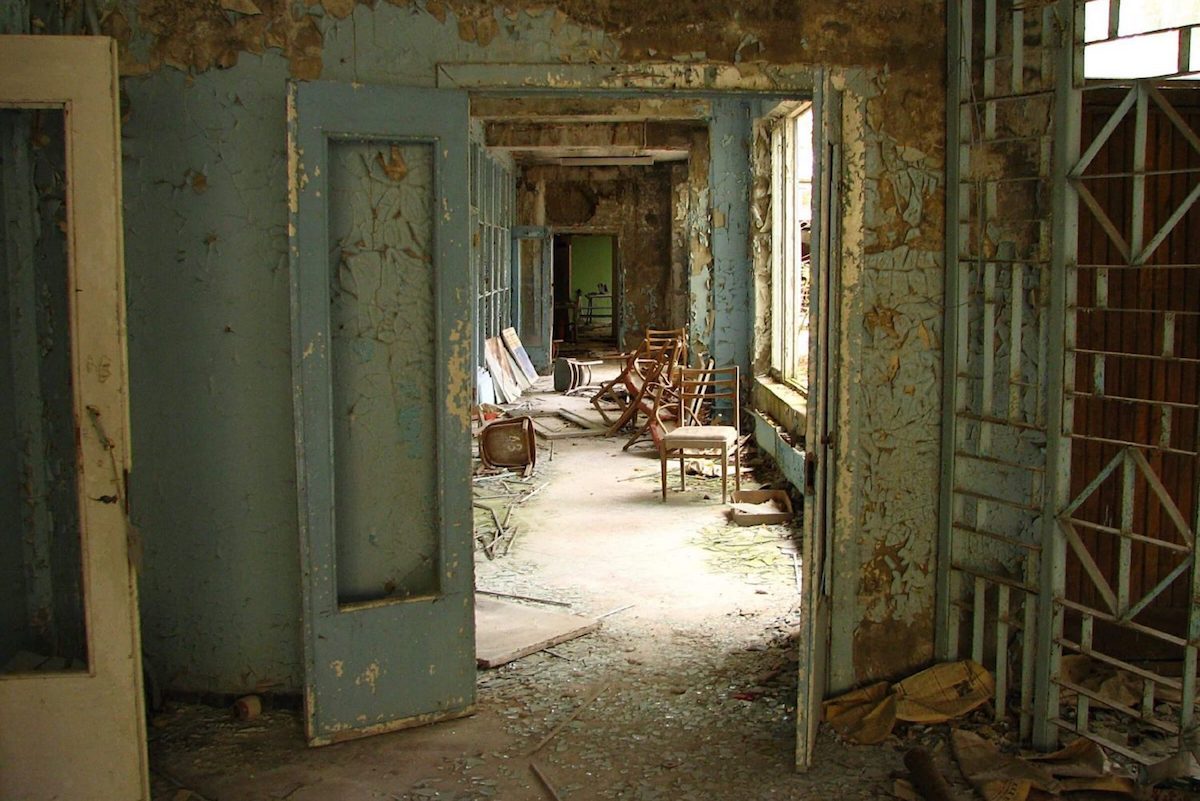 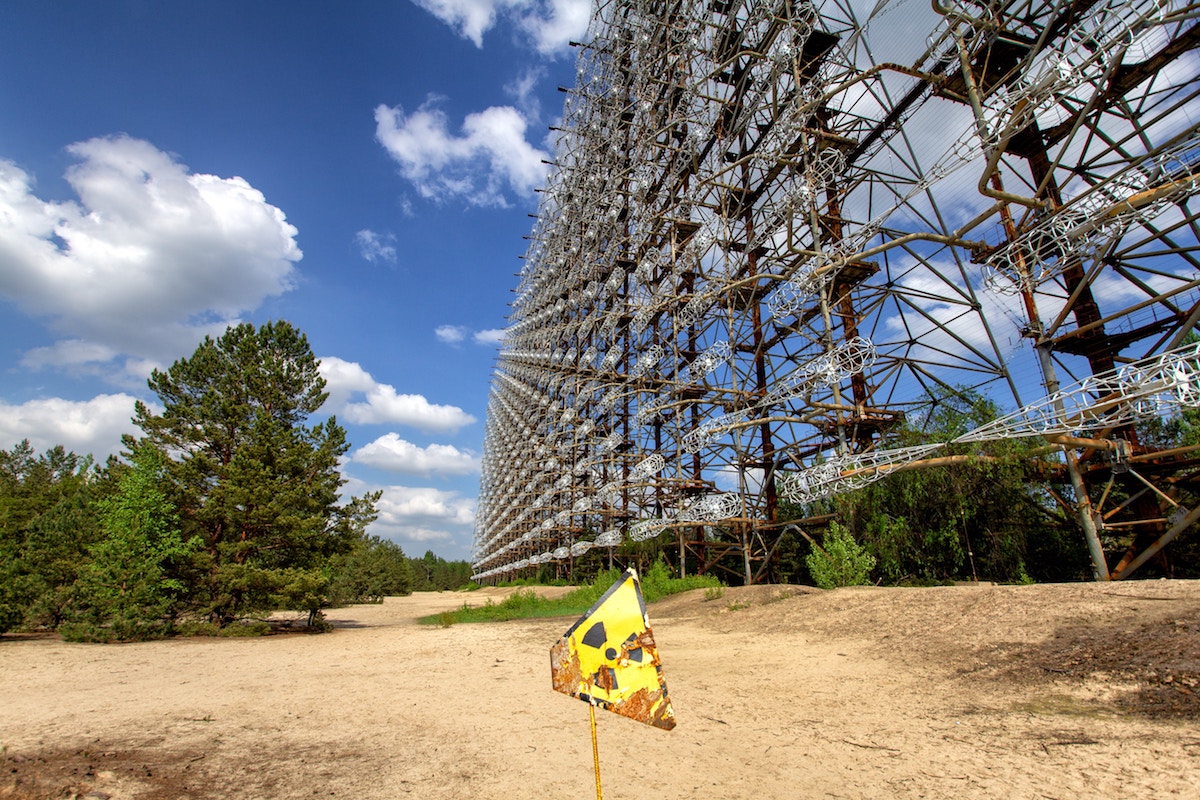 So, is it safe to visit Chernobyl?

As one of the most polluted places in the modern world, the 2,600-kilometre-square Chernobyl Exclusion Zone – which now covers an area in Ukraine and Belarus – can only be visited with a licensed guide.

“We have seen a 35 per cent rise in bookings,” says Victor Korol, director of tour company SoloEast, which has run trips to parts of Chernobyl for the past two decades.

“Most of the people say they decided to book after seeing this show. It’s almost as though they watch it and then jump on a plane over,” he explains.

“It’s absolutely safe. The government would never allow tourists to come otherwise. The radiation they are exposed to on a tour is less than on an intercontinental flight.”

While day trips to the ruins are most popular, there are also multi-day tours available, with the option of an overnight stay in basic accommodation within Chernobyl city. Visitors are screened before entering the site and urged not to sit down or touch anything while they’re there.

More than 70,000 people visited the ghost town of Pripyat last year, with reports indicating that bookings to the town are now up by as much as 40 per cent. 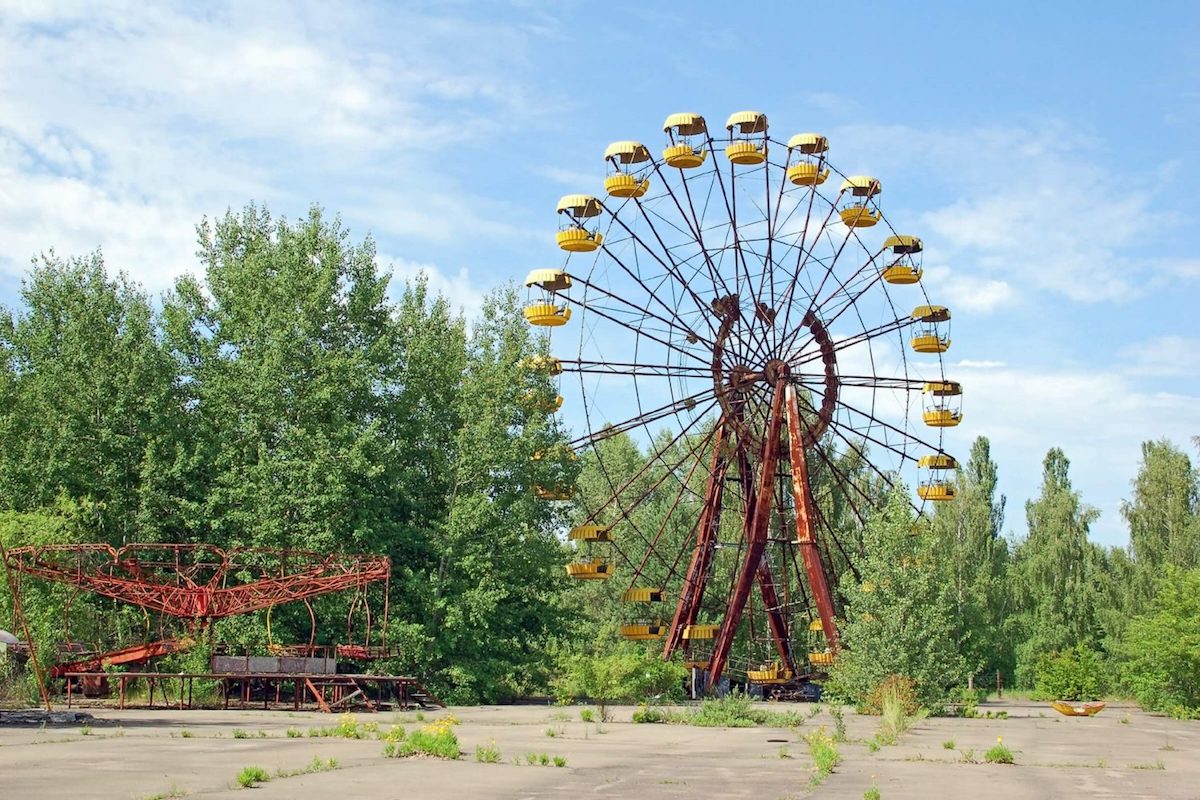 Abandoned Ferris wheel in an amusement park in Pripyat. Shutterstock 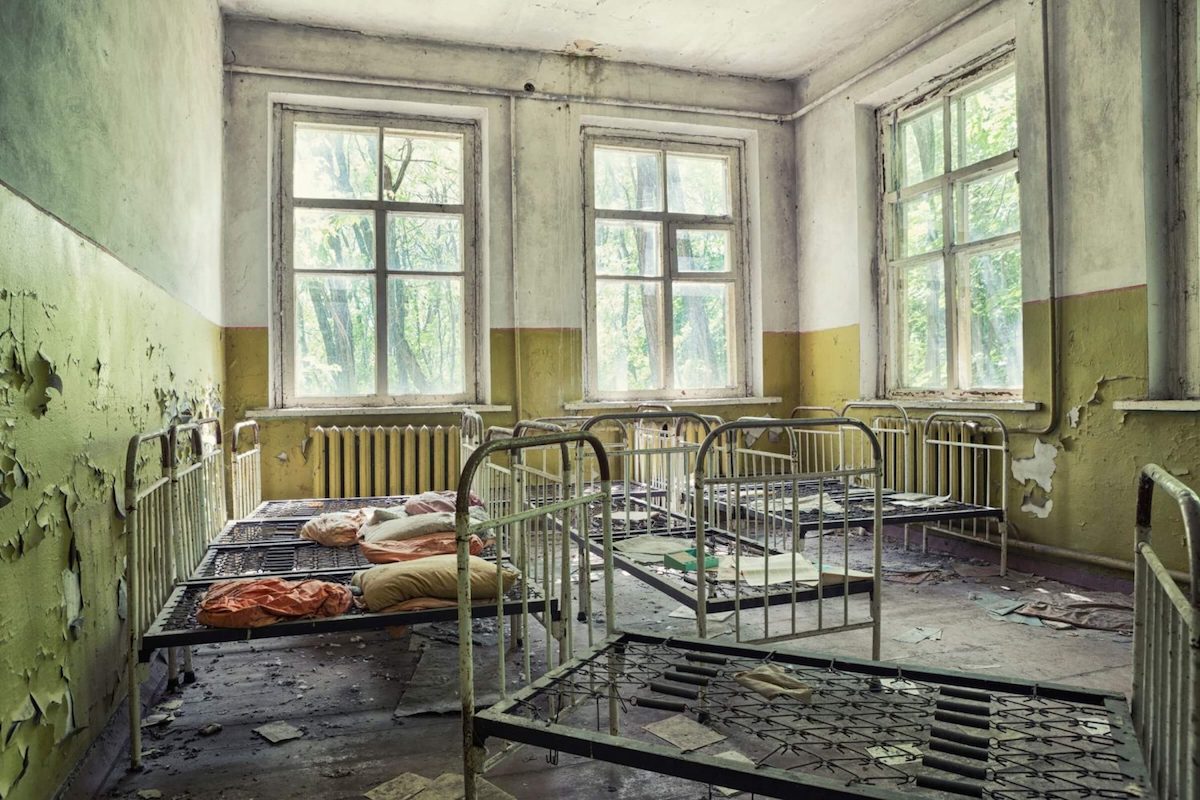 Dorm of a preschool in Pripyat ghost town. Getty Images. 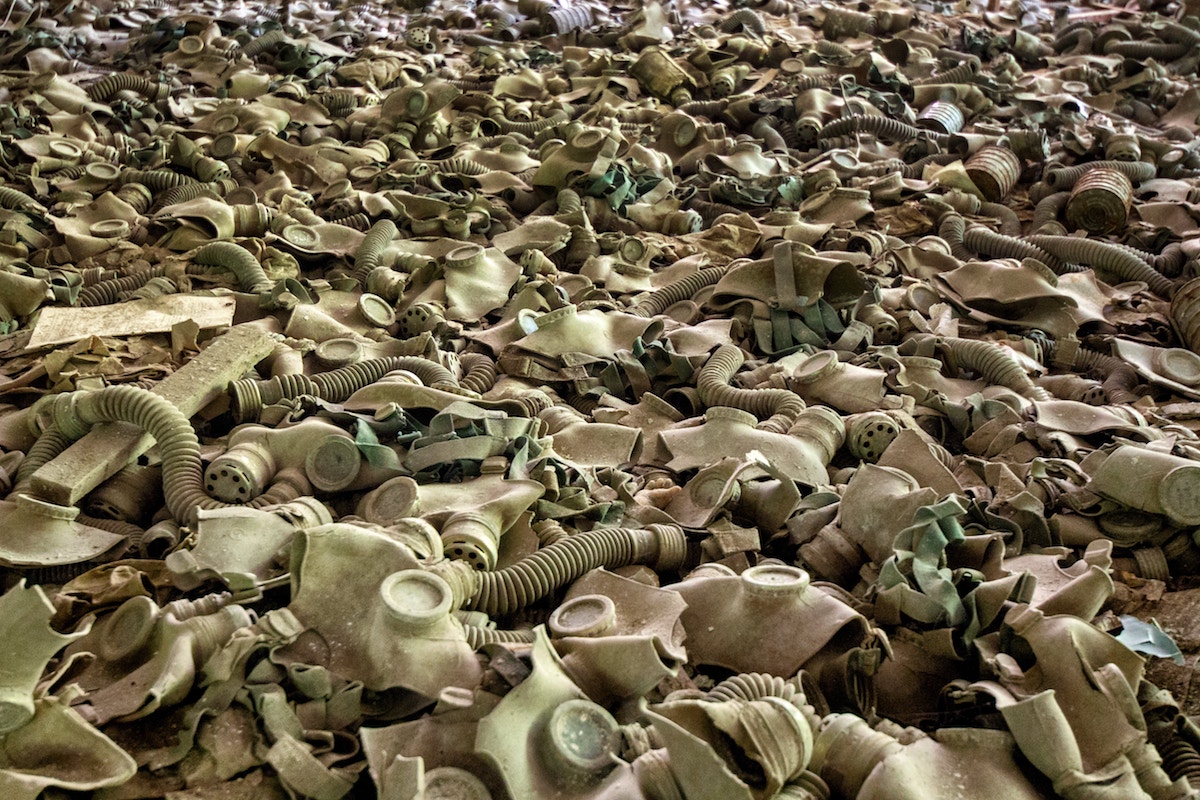 “The area around the plant retains the feel of a post-apocalyptic wasteland, where stray dogs roam and vegetation encroaches into windowless, abandoned buildings strewn with rubble,” reports the ABC.

Today, 33 years after the accident, the Exclusion Zone is home to brown bears, bison, wolves, lynxes, Przewalski horses, and more than 200 bird species, among other animals.

Studies show minimal negative effects of current radiation levels on the animal and plant populations living in Chernobyl – even in the more contaminated areas – with some findings suggesting the animals are adapting to life with radiation.

The phenomenon of dark tourism

Making its Netflix debut in July 2018, travel documentary Dark Tourist explores the concept of dark tourism, a global phenomenon where visitors flock to locations traditionally associated with death and destruction.

The show is presented by New Zealand journalist David Farrier, who previously made a name for himself with Tickled, a peculiar documentary on the underground world of competitive endurance tickling.

Each of Dark Tourist’s eight episodes focus on different regions across the globe, with two dedicated to the US and one each for Europe, Latin America, Japan, Africa, Southeast Asia and the ‘Stans’ (Kazakhstan and Turkmenistan).

Farrier meets Pablo Escobar’s hitman in Colombia, speaks to a woman who attempted to take her own life in Japan’s Aokigahara (known as the suicide forest), witnesses the cleaning of a mummified corpse in Indonesia and experiences real torture in America’s most extreme haunted house.

As controversial as the show might be, Farrier enters each situation with an open mind, hears from those directly affected by the atrocities, and openly discusses the ethical implications of dark tourism.

“I’ve been forced out of my comfort zone,” he says. “And somehow it’s made me feel even more happy to be alive.”

With its 5.5-hectare lagoon-style pool, more than 3,000 slot machines and 6,500-seat concert venue, we give you an exclusive sneak peek inside the world’s first guitar-shaped hotel.