Sunrise on Guam, a tiny, remote US territory in the middle of the Western Pacific Ocean, carries an understated significance – it’s where America’s day begins. The island is so far west of its parent country that it just about touches the international date line. Although its people are US citizens, Guam is a world away from the goings-on in the continental United States.

In fact, Guam is closer to Japan and Korea than Oregon or even Hawaii; this is accentuated by the annual influx of Japanese and Korean tourists to the island and the integration of Asian culture into Guam’s society. Even the island’s telecommunications provider, DOCOMO PACIFIC, is a subsidiary of the Japanese mobile giant NTT DOCOMO. Despite this, it has forged its own identity and carved its own niche as Guam’s most reliable network.

“The thing I love about telecommunications is that it’s so relevant for everybody,” says DOCOMO PACIFIC President and CEO Roderick Boss. “It’s something that everybody always needs.”

And after decades in the industry, he should know. Having begun his telecommunications career with AT&T in 1989, Roderick has developed a unique understanding of the landscape, particularly as much of that time was spent in Japan.

“I’ve spent about 18 years of my career in Japan and I speak Japanese, so that became a specialisation for me,” he explains. “I’ve worked for Japan Telecom, Softbank and AT&T in Tokyo, but in all my time in Japan I never worked for NTT DOCOMO. In fact, I always competed against them.”

The Mariana Islands in the Western Pacific were entirely without a cellular service until 1991, when DOCOMO PACIFIC’s predecessor Guam Cell was established. Almost immediately, the telco began to spread its wings; Guam’s first ISP was established in 1993, while 2G followed in 2001. Led by Roderick since 2018, it continues to bring cutting-edge telecommunications technology to the islands – even during a global pandemic.

“Our technological offerings have been enhanced by the COVID-19 pandemic,” Roderick says. “Rather than just being a service, we see our industry as a utility. In a crisis like this, it’s essential and I think COVID-19 has really defined who we are as a company.”

When COVID-19 reached Guam and the associated social distancing drove the populace indoors, internet usage surged. Fortunately, DOCOMO PACIFIC was ready. “A lot of networks around the world had to throttle their capacity because of that surge, but we’ve been building our backbone network for several years, since the switch from voice to data,” Roderick shares.

“I think COVID-19 has really defined who we are as a company.”

Despite an 80 percent jump in traffic, its network endured. “Our internet services have boomed because everybody needs it. They need it for working from home and for school.” 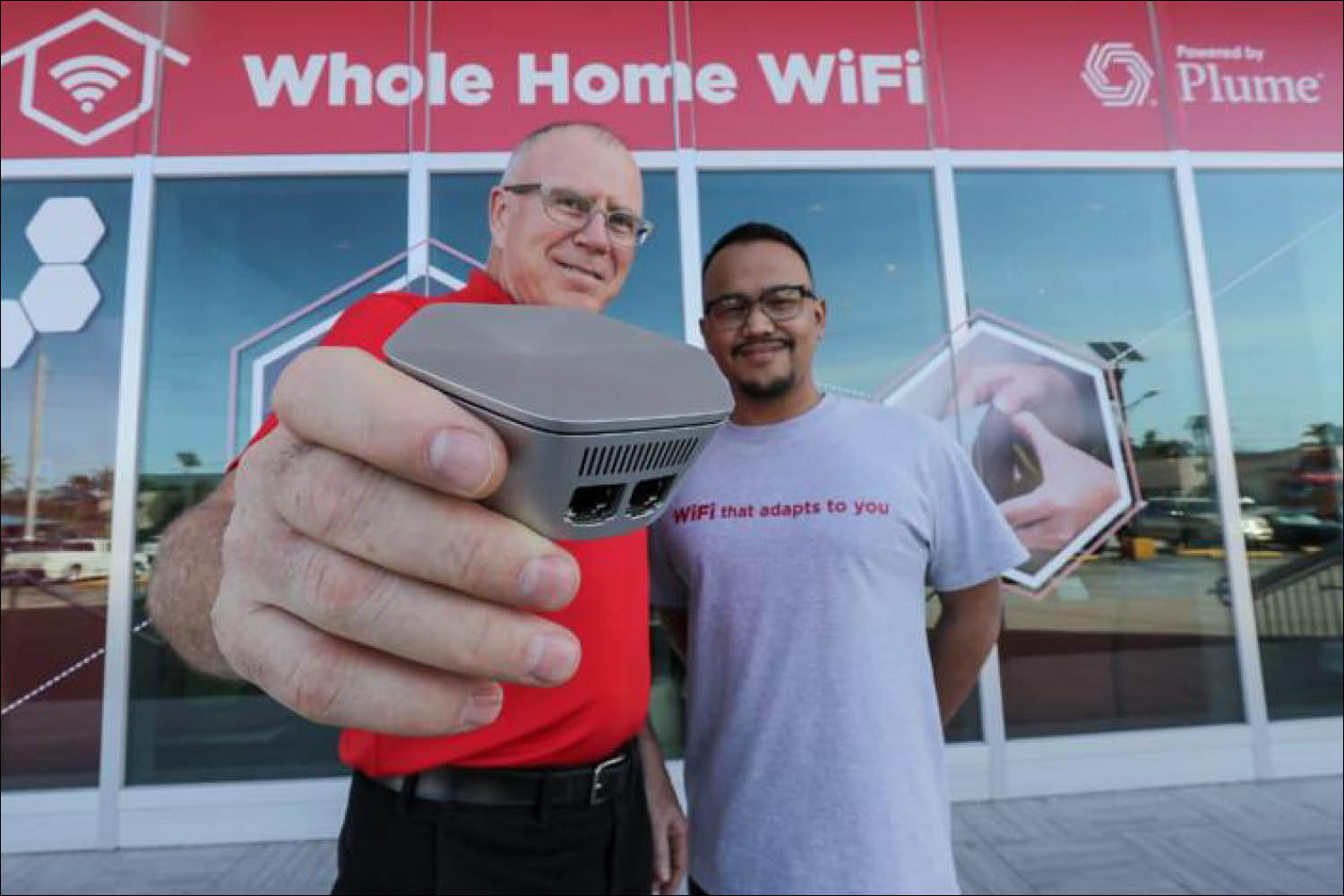 To further facilitate the boom, DOCOMO PACIFIC has made 5G a cornerstone of the company. In 2019, NTT DOCOMO selected Guam as the site of one of its 5G labs – the only one of its kind outside of Japan. “We began working with local and global partners in Guam on different use cases for 5G,” Roderick reveals.

One of those cases was a small Japanese destination wedding company. “They were using virtual reality so that people could participate in weddings without actually having to come to Guam,” he says. “At the time, in early 2019, I have to admit I looked at that and thought it would be kind of a stretch that people would actually use that, but now of course, it is really relevant.”

One of DOCOMO PACIFIC’s chief concerns is resilience. Guam’s position in the Pacific puts the territory squarely in what is known as Typhoon Alley – weather events bound for the Philippines or Hong Kong often hit Guam on the way.

“We have a lot of storms every year and there are a lot of risks, so we spend a lot of time and money investing in making our network more resilient across the Marianas,” Roderick says. “Because we’re a U.S. territory, tourists have certain expectations of the network. Since we also have big military bases, we have to ensure we have the best, the widest and the fastest network possible.” Roderick Boss, President and CEO of DOCOMO PACIFIC in Harmon at the Guam facility

Despite Guam’s remoteness, Roderick says residents and tourists alike want the best technology. “We’re a small operator and we only have so many resources, so we look at our suppliers as being an incredibly important part of our team,” he tells. “We partner with Nokia for our mobile network, CommScope and Cisco for our fixed network, and with Apple and Samsung for the devices. We have a very sophisticated customer base and they want the very best.”

That includes high speeds, so to optimise Guam’s wi-fi performance DOCOMO PACIFIC teamed with mesh network provider Plume to deliver its own in-home wireless service. “It’s incredibly robust,” Roderick says. “Being able to provide end-to-end service and high service quality levels has been phenomenal for us.”

DOCOMO PACIFIC’s profile is set for a boost in 2021, when it will be a part of the Tokyo Olympics as the official telecommunications sponsor of Team Guam. The sponsorship will highlight the market leadership of DOCOMO PACIFIC. That leadership was hard won as the result of Roderick’s tenacity and resourcefulness – two vital assets in his role as CEO, both constantly tested on Guam, whose size offers challenges of its own.

“Guam has a very small geography, so a challenge is finding suppliers who understand the difference in operating out here,” he says. “The IOC was very reasonable during the sponsorship process, and it’s a great example of what I’m looking for in a partnership.”

DOCOMO PACIFIC wasn’t a shoo-in, either; the territory’s population of 180,000 is serviced by four mobile operators. “You can imagine how competitive this market is,” Roderick says. “It’s something that really, I feel, drives us to be better every day. I love competition, I love winning and I really do love Guam, so for me, this is a perfect market.”