Will this Bentley make you a convertible convert?

Judging the Bentley Continental GT Convertible by its name is to do a disservice to the marque that cruises the same rarified brand airspace as Rolex, Sunseeker and Louis Vuitton. 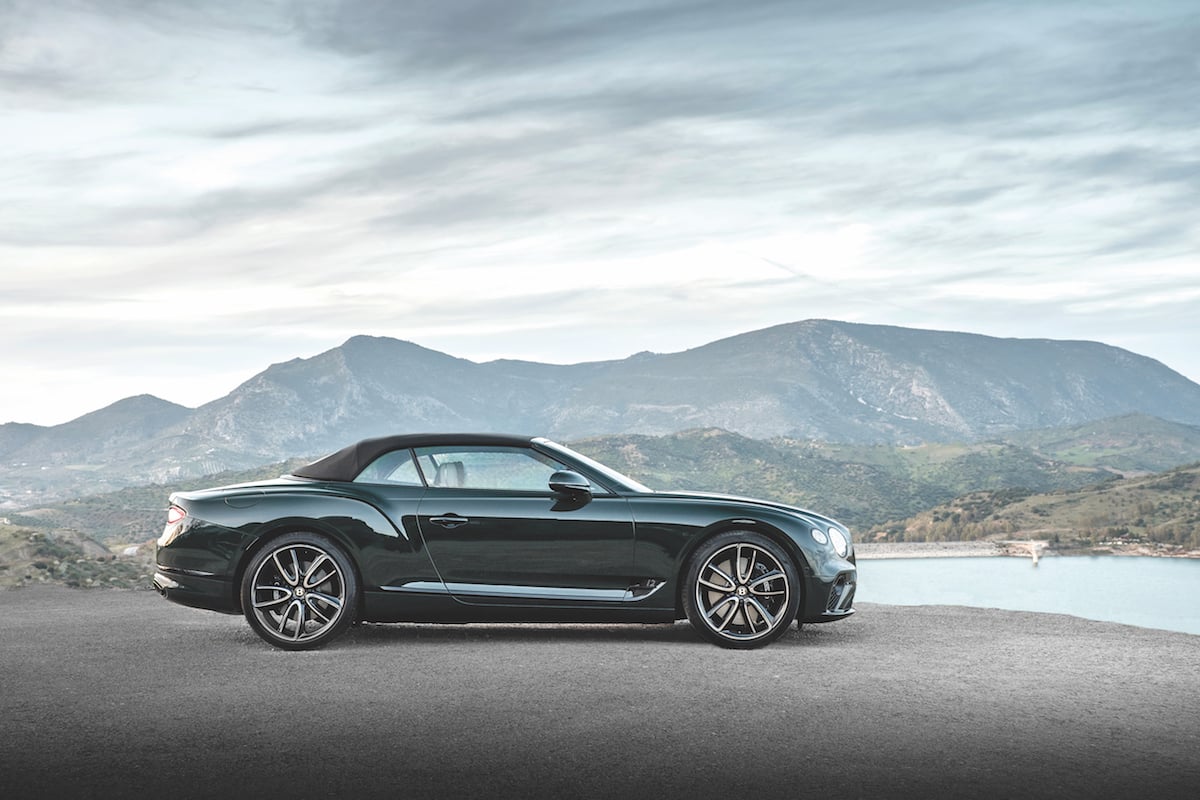 Put your ear to the ground and you’ll still hear a few jokes about convertibles and hairdressers lurking around from the 80s – the 1880s, perhaps – the insinuation being that drop-tops don’t have enough testosterone running through their veins. As if a car isn’t a car unless it smells of steak and runs on unleaded bull’s blood.

Within seconds of seeing the new Bentley Continental GT Convertible at its launch in southern Spain, however, that trope is given its own headstone.

It’s not as tough as other members of the exclusive roofless ‘Super-GT’ club – the Mercedes GT C Roadster or Ferrari Portofino, for example – but the third-generation model, like its coupe sibling, has its own distinct muscular halo created by a series of swooping power lines and balanced with delicate curves.

The front wheels have been shunted forward by a significant 135mm, roughly the distance between the Earth and the Sun in vehicle-design terms, thus extending the bonnet and lowering the snout to create a sportier silhouette.

While no drop-top in motoring history has ever beaten its hardtop equivalent in a beauty pageant (something about trying to hide an enormous sheet of metal/fabric somewhere), the GT Convertible at least deserves a nice runner-up sash for its efforts when it’s launched this year, at a price of S$808,000 (US$597,000).

In the car world, only one other outfit occupies the same stratosphere (hint: it is also British), and there’s some ancient law that says you’re not allowed to mention the two in the same article. 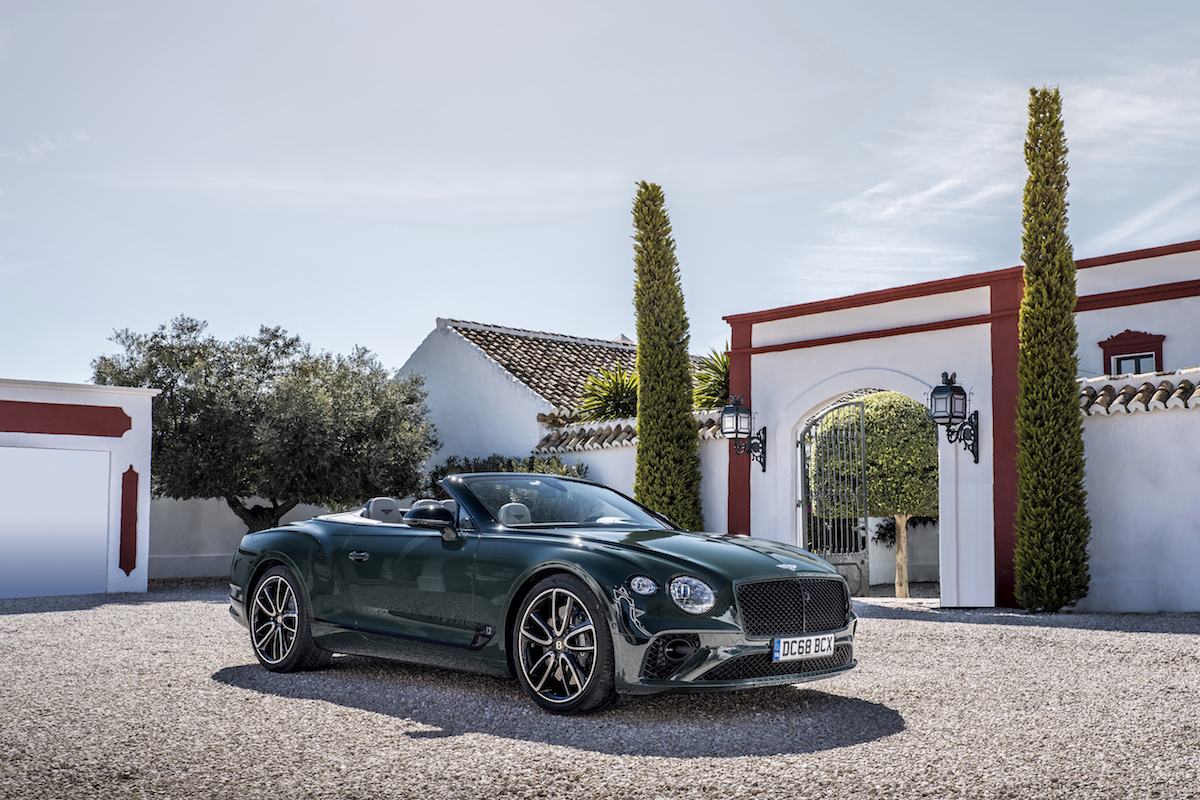 Just how removed the GT Convertible is from the sausage factory of modern car production can be explained by some Bentley trivia. Each vehicle takes 100 person-hours to assemble,involving 1,000 pairs of human hands, at its headquarters in the UK.

The cabin is covered with 10 square metres of wood veneer, machined to a thickness of just 0.1mm. All up, it takes 310,000 stitches to bind the swathes of premium leather that make its insides smell like a handbag shop.

With this blue-ribbon devotion to craftsmanship, it follows that the interior is, basically, an English stately home condensed into a car cabin.

But the GT Convertible never feels like a dusty, forgotten drawing room in the east wing, because it carries over all the modern finery from the coupe, including a cool, three-sided rotating centre console on the dashboard, which can display a touch screen, the analogue dials or simply blend into the existing veneer.

That console comes with the option of a Côtes de Genève finish – a 0.6mm-thick slice of aluminium that creates a retro-futuristic 3D effect and takes its cue from the surfaces found in high-end Swiss watches.

None of this extravagance comes across as frippery. It feels natural, like the Bentley bloodline has been successfully passed down. When we leave Spain’s flat coastal roads and take the Bentley into the hills around Seville, few of the assembled journalists can bear to leave the roof up.

It’s hardly torture, though. Lid on, the GT Convertible is still a lush, poised cruiser that uses its five per cent reduction in weight (at 2,414 kilos it’s still no waif) and five per cent increase in stiffness to impressive effect around bends. The hand-assembled, 6.0-litre W12 twin-turbo is herculean, generating 467kW and 900Nm, but the power comes on progressively, with manners.

Saying that, there is a delicious ‘Sport’ driving mode that will, if you’re not careful, deliver a playful slap in the face. When instructed, the GT Convertible stages its own supercar audition, clocking 0-100km/h in a scenery-smudging 3.8 seconds, on the way to a top speed of 333km/h.

Clearly, that’s why the Bentley is fitted with the world’s largest production brakes, with discs measuring 16 inches. Soon enough, the morning chill evaporates and it’s time to go topless. The fabric Z-fold roof fades away at up to 50km/h; you’d need a stethoscope to hear any noise it makes. 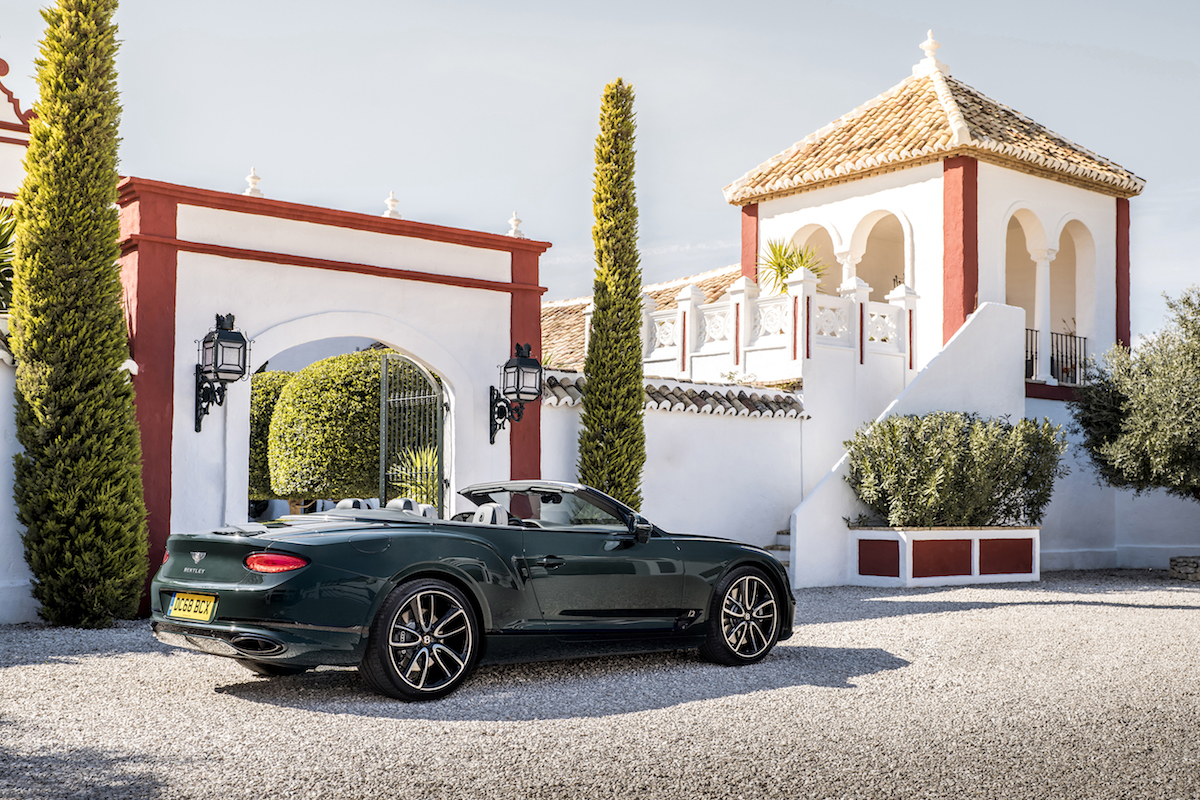 That’s the thing about this Bentley – it still maintains its aplomb when it’s in the crosshairs of the elements. Even at juicier speeds, most of the wind blast seems to funnel away, and conversations between driver and passenger need not be screaming competitions.

If the temperature drops, there are pleasing heaters in the seats, steering wheel and armrests – plus neck warmers integrated into the headrests. With the right roads, the right conditions and the right car, few driving experiences can beat grand touring in a convertible, and there’s a particular moment when we hit the sweet spot.

We’re gliding through a sleepy (it’s not quite noon) white-washed Spanish town, the winter sun is on our necks, Sport mode is engaged, and behind us the exhaust is burbling away, the sound vibrating off the surrounding houses, making the Bentley sound like a villainous invading monster, coming to snatch the last man who dared to make a hairdresser joke.