Ferrari Sydney and Ferrari North shore came together with the Australian Red Cross Society of Women Leaders to reflect on the achievements of influential women worldwide. 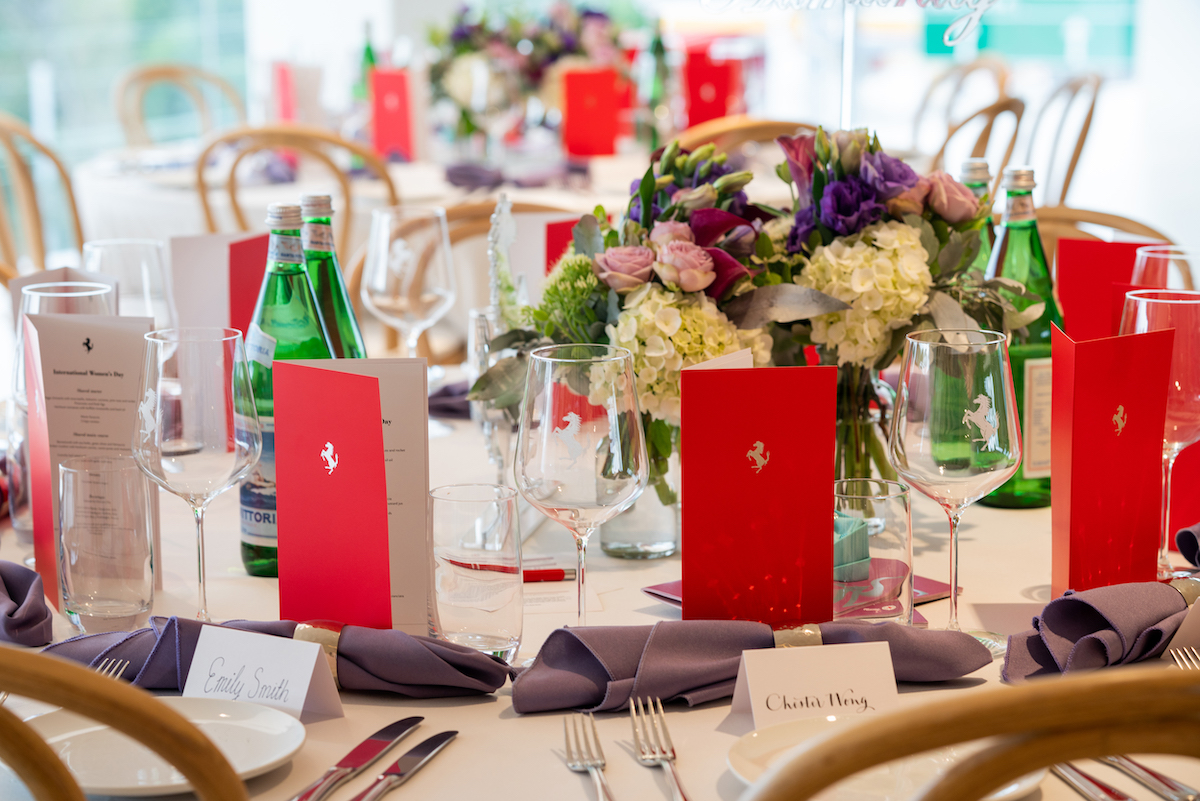 In celebration of International Women’s Day, on Friday 6 March, Ferrari Sydney and Ferrari North Shore brought together 120 ladies, their partners and guests for a beautiful lunch.

Hosted by philanthropist and businesswoman Nici McCarroll of McCarroll’s Automotive Group, it was the largest event ever held in the impressive Artarmon dealership.

Friends and clients of Ferrari mingled with members of the Australian Red Cross Society of Women Leaders, while trays carrying flutes of Veuve Clicquot Champagne circled the room and DJ Wildflower and saxophonist Kate Orlova played in the background.

After guests took their seats and excited conversations came to a halt, Nici welcomed her guests and thanked Giovanni Pilu, Founder and Executive Chef of Pilu at Freshwater, for the delicious three-course meal to come.

She then invited guest speaker Anita Pahor, National Chair of the Society of Women Leaders, to the stage.

“When Nici said she wanted to step up this year and host International Women’s Day with the Society of Women Leaders, she told me she wanted to create something elegant and welcoming that was an extension of who she is as a woman, a mother, a family member,” Anita said.

“But never in a million years could I conceive that she would lavish us like she has today.”

On the menu was a shared starter of Wagyu bresaola with stracciatella, balsamic currants, pine nuts, prosciutto and fresh figs, and heirloom tomatoes with buffalo mozzarella and basil oil.

This was followed by shared mains that heroed succulent barramundi with sea herbs, green olives and vernaccia, and
chicken involtini teamed with heirloom carrots and mustard jus. Finally, dessert was a decadent chocolate Domori bignè.

“I’m looking forward to a time in our future when we don’t have to have a separate day called International Women’s Day.” – Anita Pahor

The Society of Women Leaders is a part of a global giving circle for women.

By building a group of strong, dedicated women who share a social conscience and want to effect change, it aims to forge friendships and further the work of Australian Red Cross.

“This year’s IWD campaign theme, #EachForEqual, is drawn from a notion of collective individualism … and aligns so beautifully with the impact of collective giving,” Anita explained.

“The theme, as dictated by IWD organisers, says to us that we’re all parts of a whole. Our individual actions, behaviours and mindsets all have an impact on our larger society.” 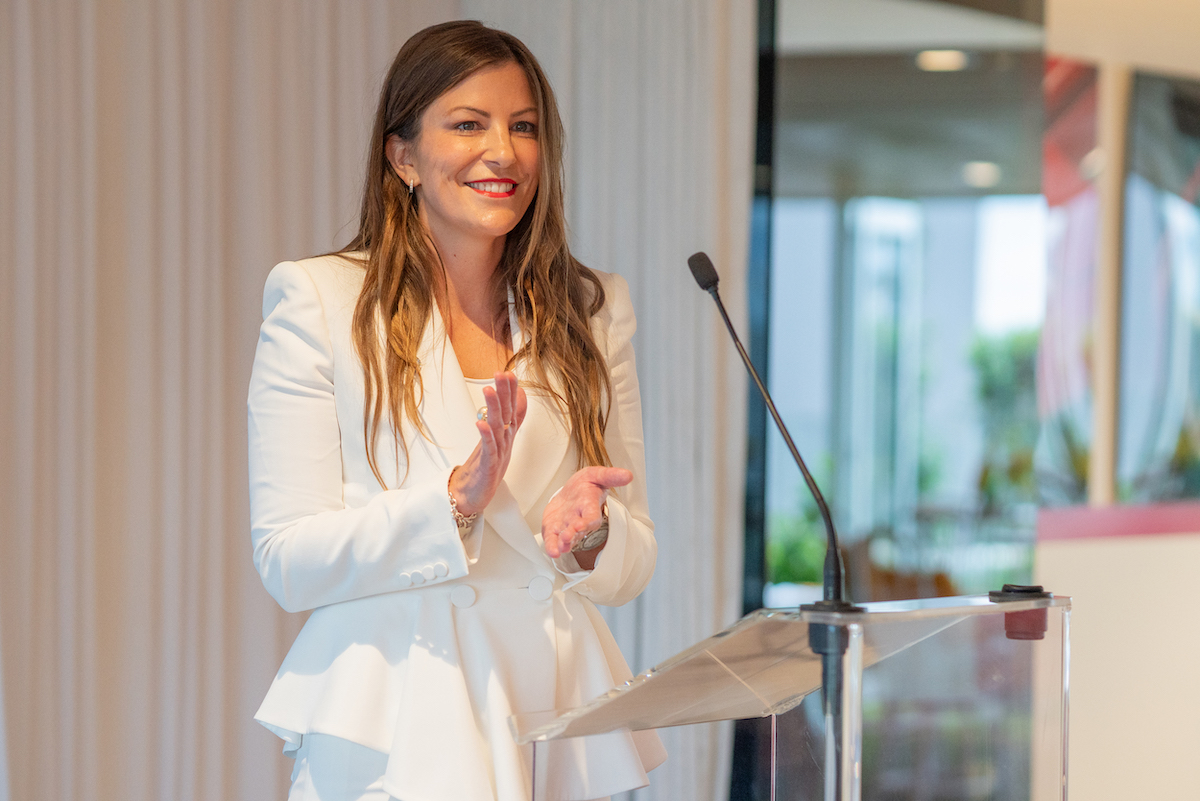 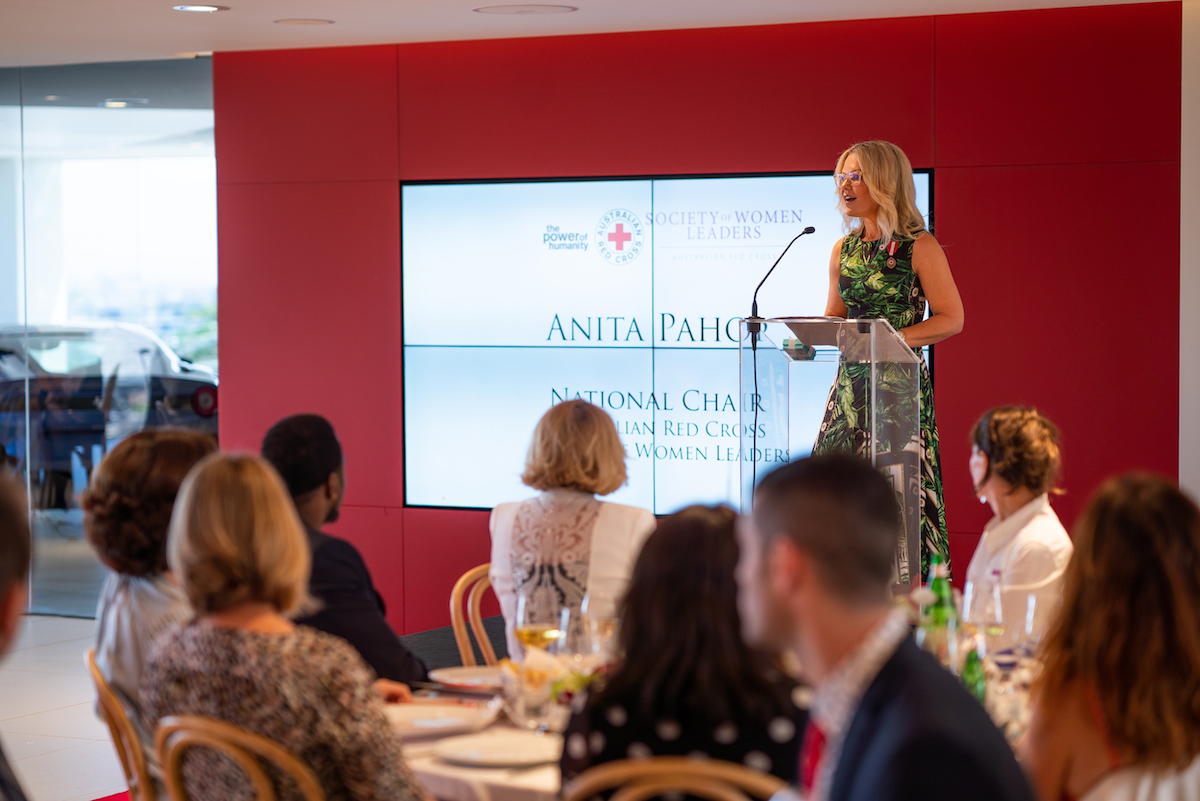 Anita Pahor shed light on the history of the women's movement 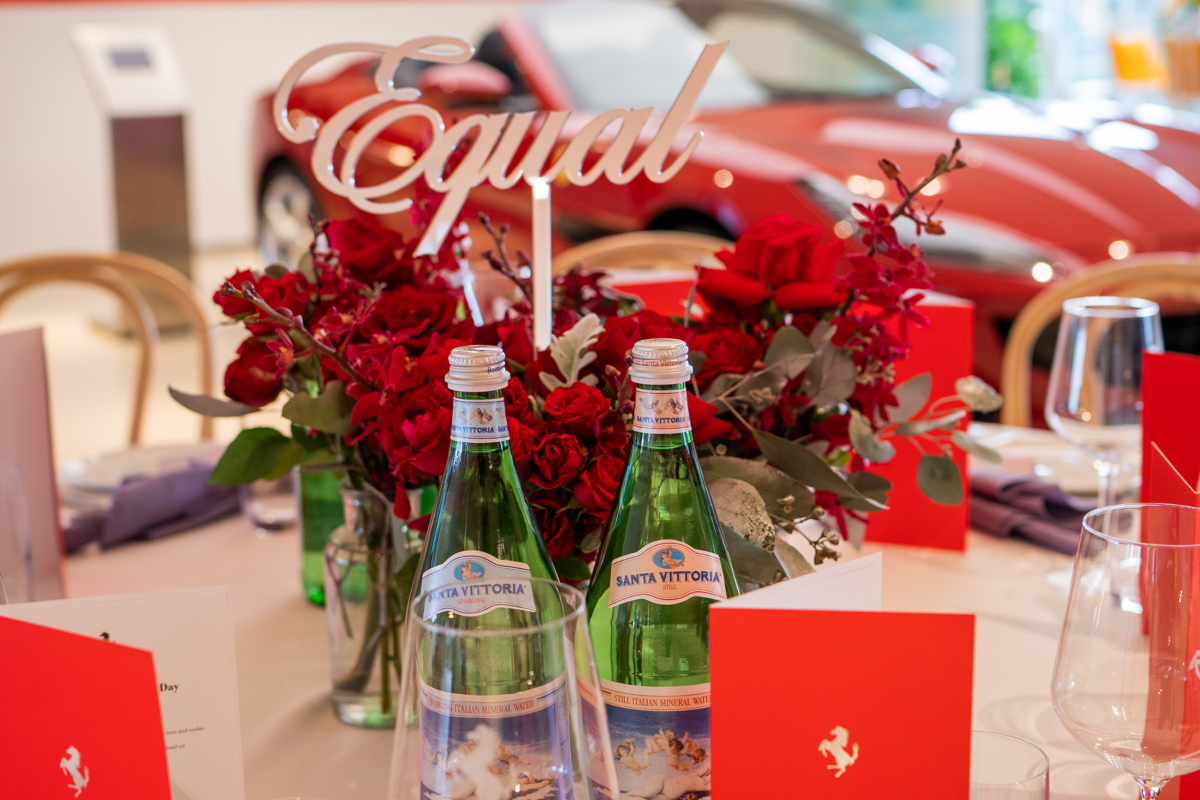 The lunch celebrated the progress made in campaigning for gender equality 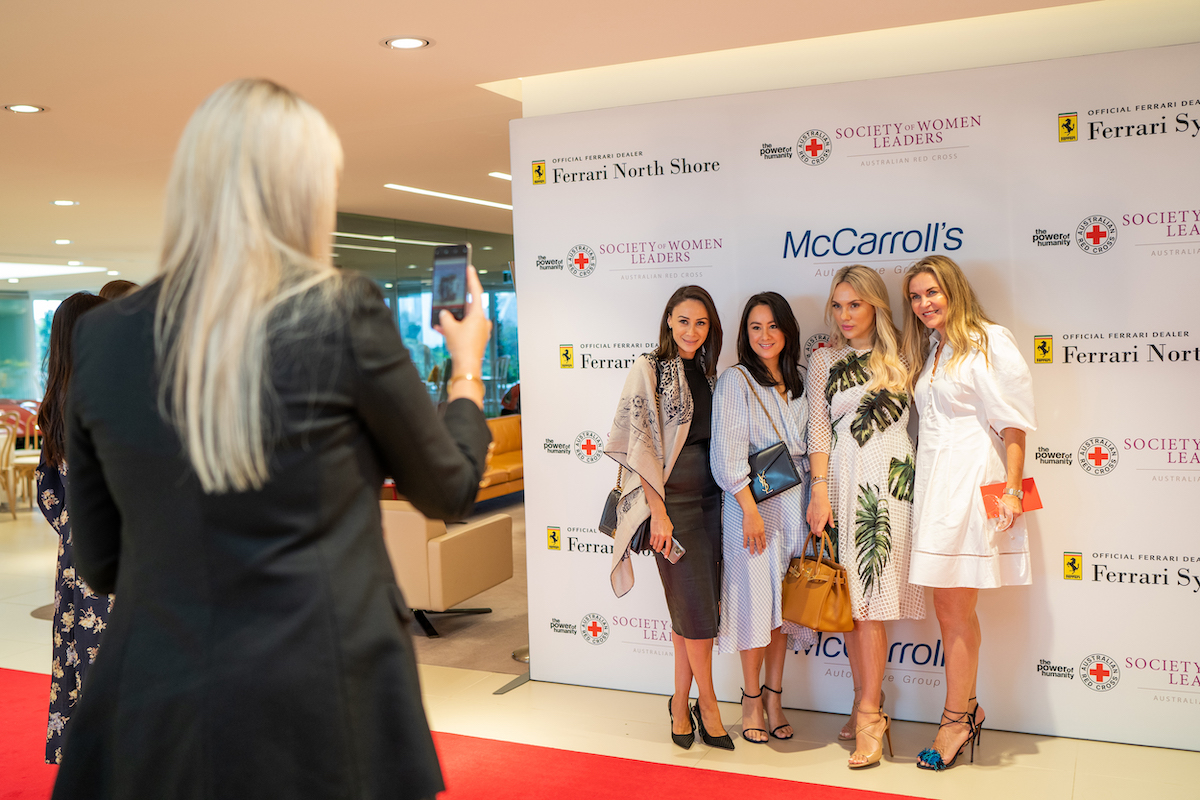 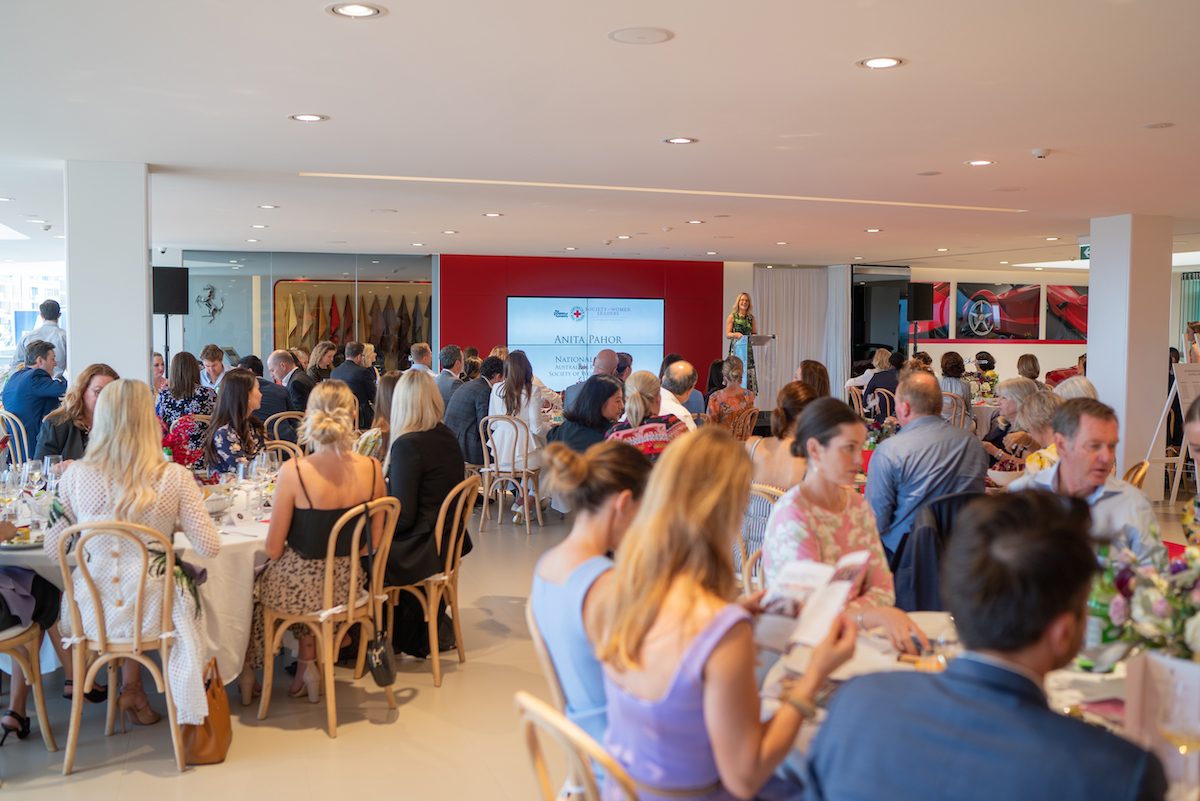 It was the largest event ever held in the showroom 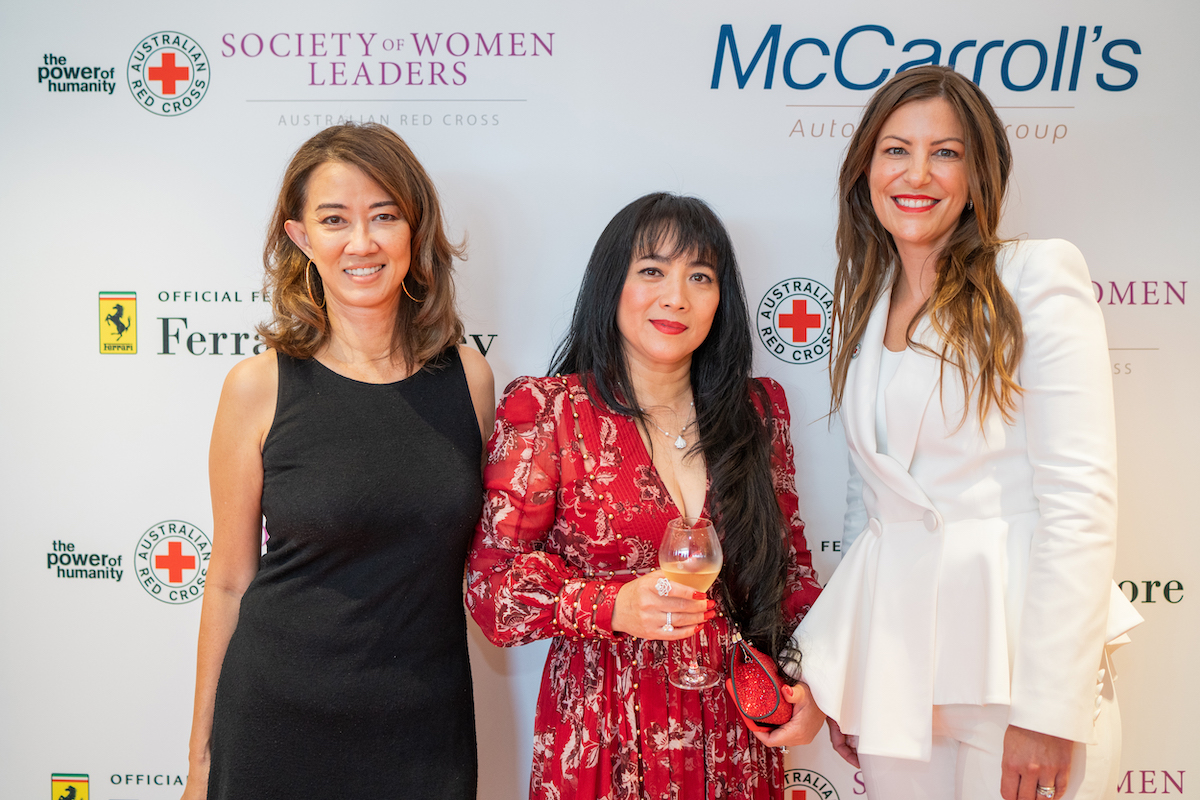 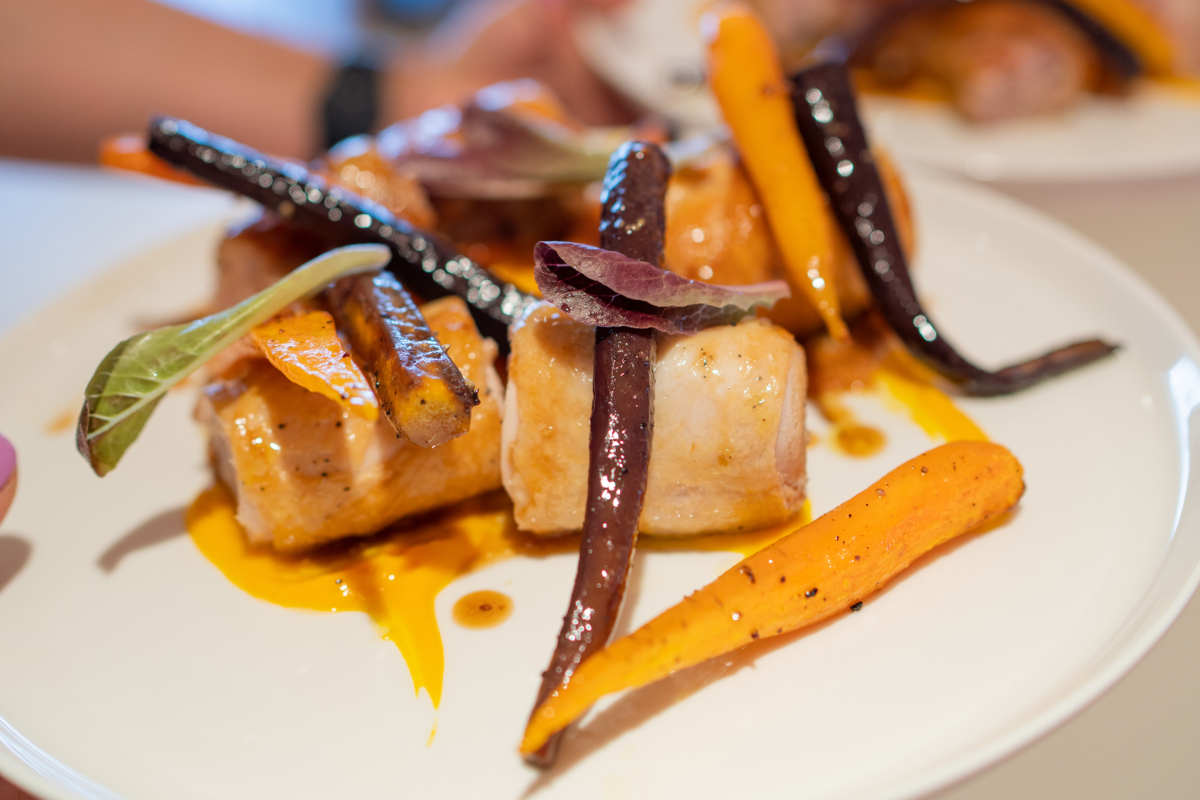 Anita shared insights into the history of the women’s suffrage movement, which took off in 1908 when more than 15,000 women marched through the streets of New York demanding voting rights and better pay.

“The day has occurred for well over a century, with the first IWD gathering in 1911. The day is neither country- nor group- nor organisation-specific. It is a global day that celebrates the social, economic, cultural and political achievements of women,” she stated.

“With more women in the boardroom, greater equality and legislative rights, and an increase in women’s visibility as impressive role models in every aspect of life, one would think that we would have gained true equality.

“But the unfortunate fact is that women are still not paid equally to their male counterparts, women are still not present in equal numbers in business or politics, and globally, women’s education, health and risk of violence is worse than that of men’s,” Anita pointed out.

“However, great improvements have been made. We have female astronauts and Prime Ministers and women can work and have a family.

“I have to be honest with you, I’m looking forward to a time in our future when we don’t have to have a separate day called International Women’s Day.”