Is the Escape promo video better than the Audi A8 itself?

Jump into the passenger seat and we’ll show you what it’s like to drive the new Audi A8. 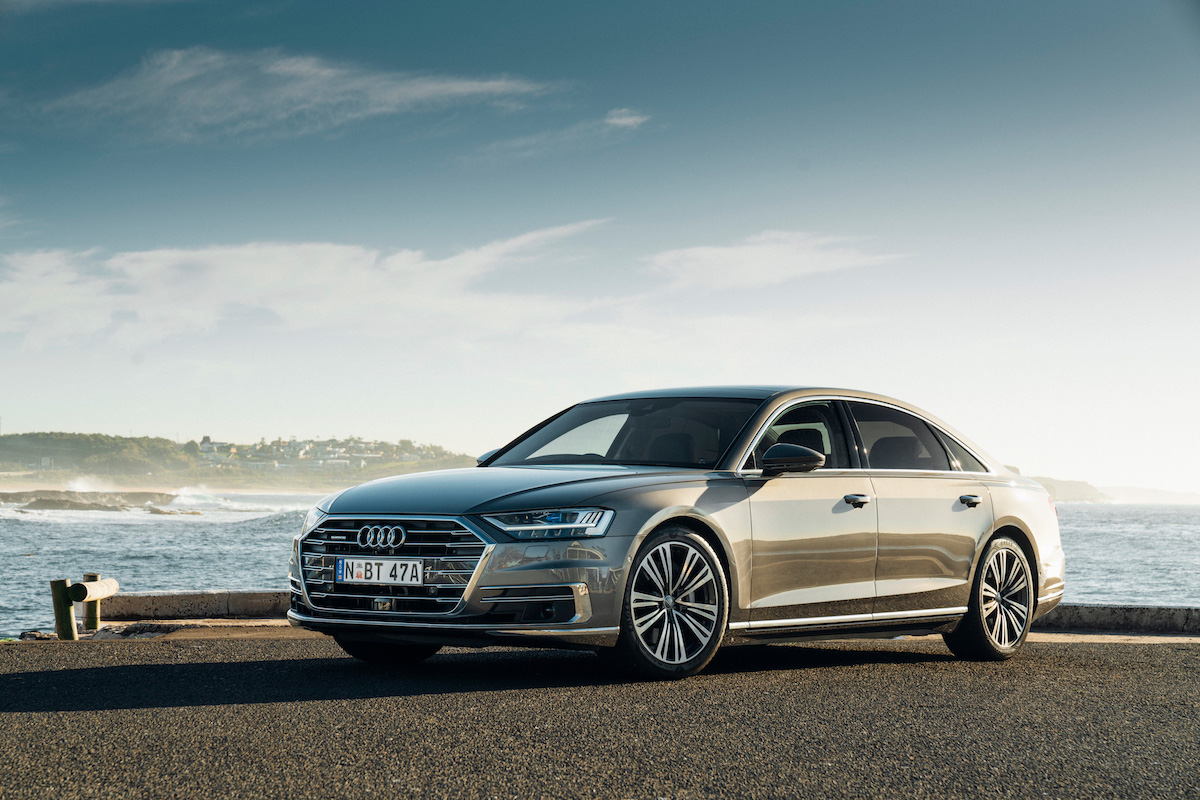 It’s genuinely difficult to engage in road rage, or even feel slightly stressed at the wheel, while you’re having a deep-tissue massage in the new and almost obscenely luxurious Audi A8.

The original idea of massage seats was that they would help to keep you awake and alert, and they certainly did that, by rubbing what felt like a thinly covered ironing board up and down your spine, but the very latest versions are genuinely splendiferous.

There are various kinds of massage and different levels of force, and if you turn everything up to 11, as I did, every time I went anywhere, it feels like a small but perfectly trained massage therapist is hiding in your seat.

Add in the heating and cooling functions, the overall couch-like comfort of the seat and the relaxing quietude of the unfeasibly noiseless cabin, and the whole experience of driving this A8 is almost blissfully effortless.

The whole experience of driving this A8 is almost blissfully effortless.

Indeed, the only thing that might slightly stress you is if you’ve got someone in the rear passenger seat, because they might be even more relaxed than you. Opt for the $18,500 Executive Package and the rear occupant can collapse the front passenger seat, providing them with not only a comfy footrest, but one that offers a heated foot massage.

(And never have I been so dirty on myself for being rubbish at research as I was when I found out about this after dropping the A8 back to Audi, because apparently my car had it and neither I, nor my horribly spoilt children, knew about it.)

The regally reclining rear-seat passenger will also be enjoying some entertainment on their (detachable) tablet screen, or further annoying their chauffeur by playing with the little detachable remote control between the back seats. Looking and feeling like a smartphone, this remote allows them to control the music in the car, as well as the lighting, the blinds and their own, magical massage seats.

The back really is the place to be in an A8, but it’s fair to say that driving it really isn’t a chore either, although it was supposed to be even easier than it is.

Back in 2016, when Audi was talking up the arrival of this car to a group of journalists at the Paris Motor Show, the spokes-folk told us, with absolute confidence, that this model would be capable of Level 3 Autonomous Driving.

What that means, in practical terms, is ‘hands-off, eyes-off’, as they described it, which would mean you could check your phone or read a book, while having a massage, all in the driver’s seat, as the car happily drove itself.

If your help was required – say, there was some unexpected road work ahead – you’d get several seconds warning, so you could finish your page before taking over the driving.

This system was only going to work at speeds of up to 60km/h, and on clearly marked roadways, but it sure was going to make commuting a lot easier. And would pretty much be the biggest step yet towards the seemingly inevitable future of self-driving cars. Not to mention providing us all with some more vital time in which to interact with our phones. 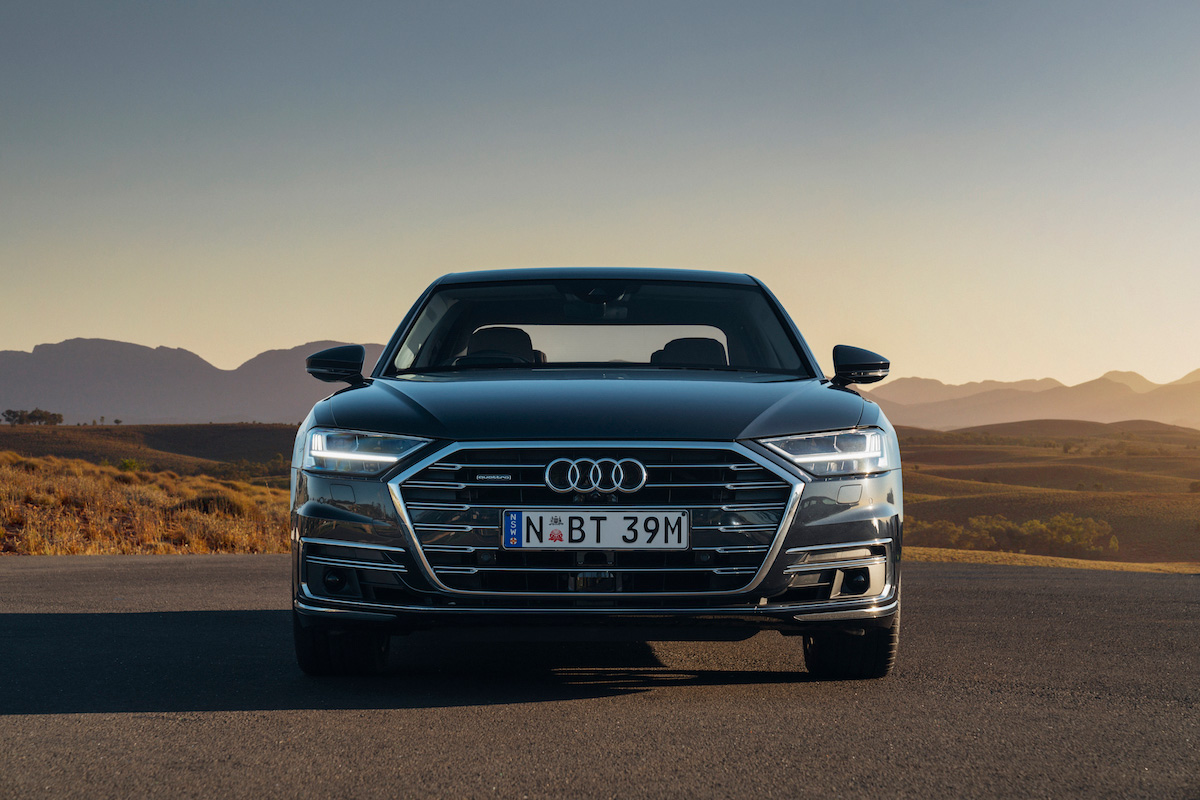 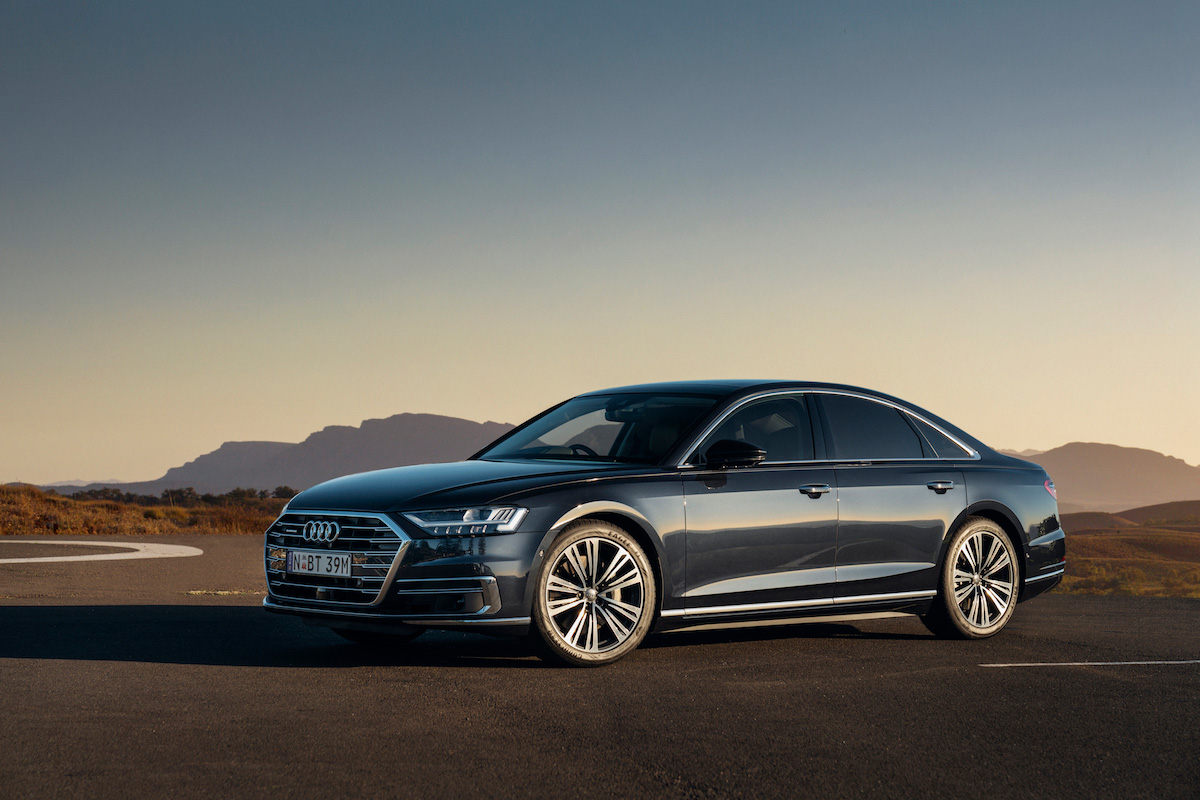 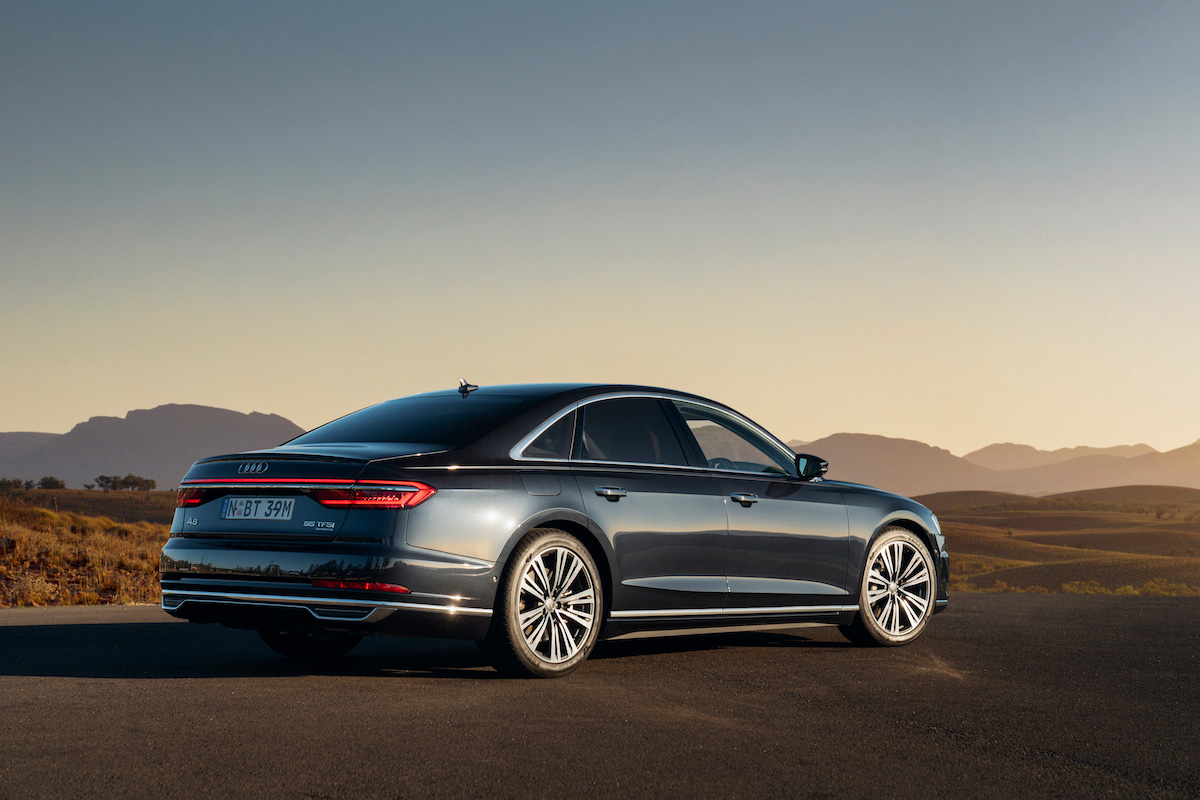 The problem, as Audi could probably have predicted, was that governments around the world are extremely hesitant about allowing computer-driven cars onto our roads to interact with far dopier and less-predictable human drivers. So far, not a single country has allowed the technology to be switched on, despite whispers that it might happen in the US or China (some high-profile deaths involving Tesla’s Autopilot function haven’t helped).

It’s unlikely that Audi got very far with its pleas to Australian authorities to be allowed to use the technology here, so while the A8 you can buy locally – for as little as A$192,000 – is fitted with nearly all the cameras, radars and precise GPS mapping functions that would allow it to drive itself, there is no button to turn the system on.

You can use the car’s driver assistant to do most of the work for you at low speeds – automatically keeping you in your lane, maintaining the distance to the car in front of you, even coming to a complete stop and then taking off again – without putting your feet on the pedals. But you have to at least rest your hands on the wheel.

Similarly, the A8 was touted as offering an advanced semi-autonomous parking aid, which can steer, accelerate, reverse and brake safely into a parking space, even when no-one is on board.

It was designed to be particularly useful for people who have garages that only just fit a vehicle this big – the long-wheelbase version we tried is a whopping 3.1m in length – but again, you’re not allowed to use this function anywhere in the world yet. Audi Australia maintains it will happen in Australia next year.

Do it yourself – it’s other-worldly

Being forced to drive the A8 yourself is actually a good thing, because there’s something almost other-worldly about the experience. Quite literally, it feels as though the world outside has become quieter, and further away, once you climb into the driver’s seat and swing shut the huge door.

The level of soundproofing and sealing is impressive enough, but the big Audi somehow manages to almost extinguish all sense of noise, vibration and harshness.

Rough road surfaces don’t bother you in your cocoon of leather and luxury, bumps are barely noticeable and things like hills or overtaking someone are dismissed with nonchalance. It’s like riding around inside a particularly large and powerful meringue pie, frankly.

Effortless engine performance comes courtesy of a 5.0-litre diesel in the version we tried, but you can have an even quieter petrol one if you prefer.

There are plenty of other options to consider as well – even beyond the heated foot massager – like very cool-looking laser headlights for A$13,200, or a 3D Bang & Olufsen stereo system with 23 speakers, which you simply have to buy once you’ve heard it, for fear your ears will cry otherwise. It’s yours for A$12,100.

Spending A$300,000, or more, on a new Audi A8 would be no problem, should you so desire, and it’s unlikely anyone will leave a dealership having paid that tempting A$192,000 entry price.
Still, what price this kind of luxury? Only an A8 that does all the driving for you could possibly be more opulent. And it’s coming. Soon.