Even if you’re not in the market for a limo, you can’t help but be driven wild by the new Lexus LS, which has more than a hint of Star Wars to it. 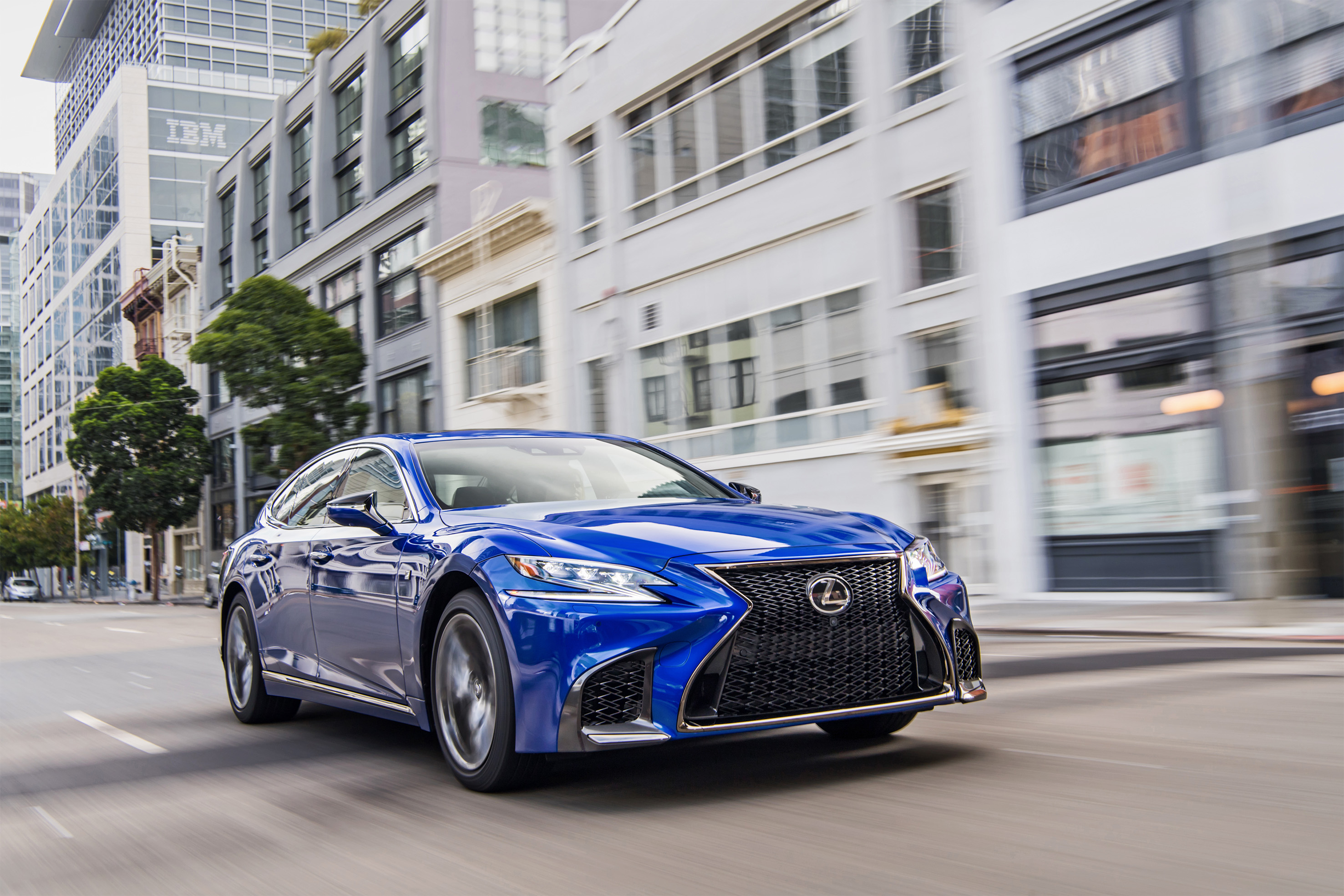 There are, no doubt, many good reasons why Lexus chose to launch its new luxury limousine, the LS, at Skywalker Ranch in California, and it may well be that they simply wanted to make a bunch of middle-aged motoring journalists happy.

It probably wasn’t because they thought billionaire George Lucas needed more money (hiring his exclusive ‘office’ – a vast building that’s literally an acre under roof, and has no bedrooms but some amazing movie memorabilia – is rumoured to have cost a seven-figure sum).

One outlier theory is they chose the venue because the interior of the new LS – a cabin so lashed with luxury that you feel like you’ve experienced the joy of flying first class after riding in it – can be accessorised to look like the inside of a Sarlacc (a giant, carnivorous belly with a very slow digestive process from Return of the Jedi, obviously). 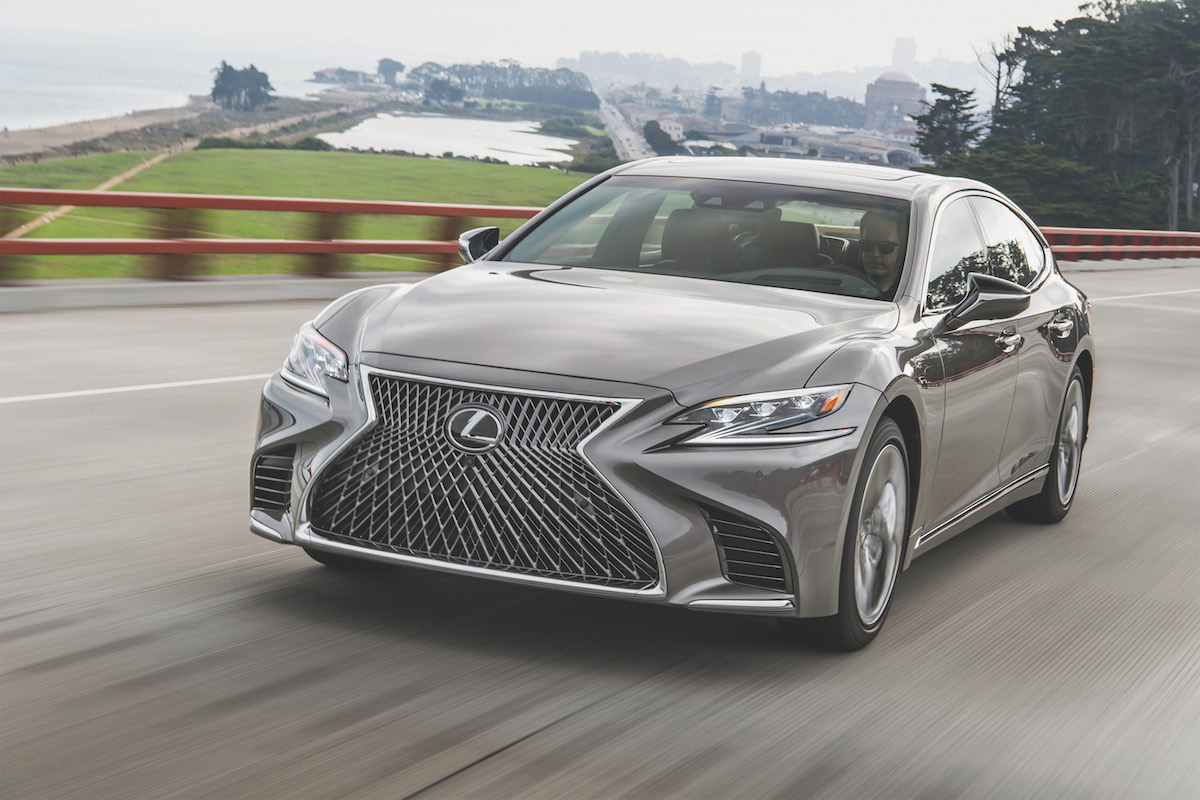 One of the many substances you can choose to line the inside of your doors – all lovingly crafted by obsessive-compulsive Japanese workers – is a kind of ruched, interlocking red fabric, which does make you feel like you’re inside a stomach.

It’s unique, and can be matched with some eye-smacking Kiriko cut-glass panels if you so desire, or some man-made timber pieces that have been laser cut, for yet another Star Wars touch.

Fortunately, there are more subtle design choices as well and, depending on which interior you pick, it can feel luxuriously louche.

Take a back seat

As with the Rolls-Royce, the rear is the place to be, with the person behind the passenger seat able to use a touch screen to move it all the way to the dash (it even tucks its headrest down, out of your way), leaving you with a whopping 1,022 millimetres of legroom, and the ability to lie down, stretch out with your legs on an ottoman, and even get a massage. 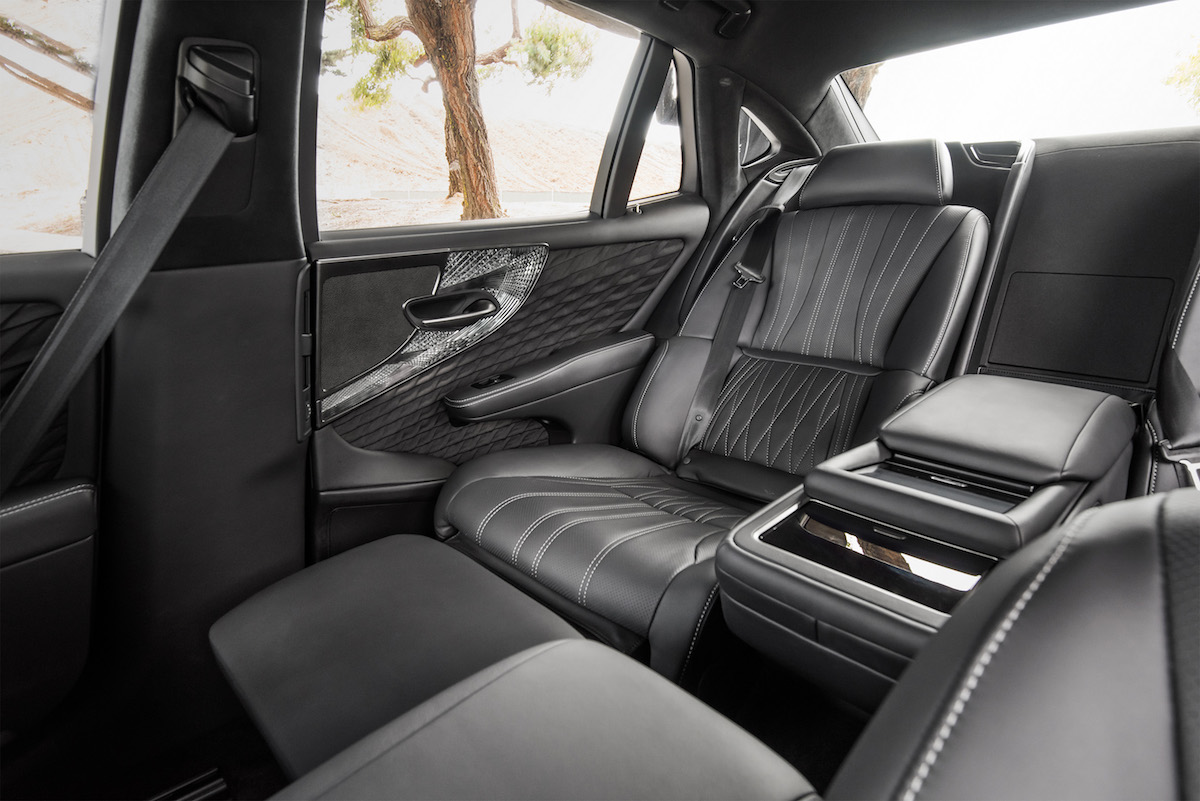 You can also play with the Climate Concierge, which can detect when your butt is too warm and chill it with some cold air, and generally keeps the whole cabin at the perfect, chosen temperature and humidity.

Even the front seats – which can also be heated or cooled, and are 28-way adjustable – are impressive. Lexus’s designers went to Tokyo’s best design stores, sat in the comfiest chairs and then recreated those feelings in the new LS.

“The cabin is so lashed with luxury that you feel like you’ve experienced the joy of flying first class after riding in it.”

Topping off your leisure time in this vast living room-on-wheels is an ear-achingly wonderful Mark Levinson stereo with 23 speakers and 2,400 watts of digital power, providing a 3D sound experience.

It can even detect the kind of music you’re rocking to and adjust itself automatically. We can report that it did a great job with the theme from The Empire Strikes Back.

Of course, all that space in the back means we’re talking about a very large car here – 5.2 metres long, 1.9 metres wide and 1.45 metres high – and it’s never easy to make something that big look good.

The Lexus designers have worked hard to distract your eye from its bulk with a whizzy looking front grille, which has more than 5,000 surfaces and was so difficult to design that it nearly broke the heart of the poor CAD user who got the job, plus some LED lights, which were intended to look like a lightsaber (okay, that might be the reason for the Skywalker spend). 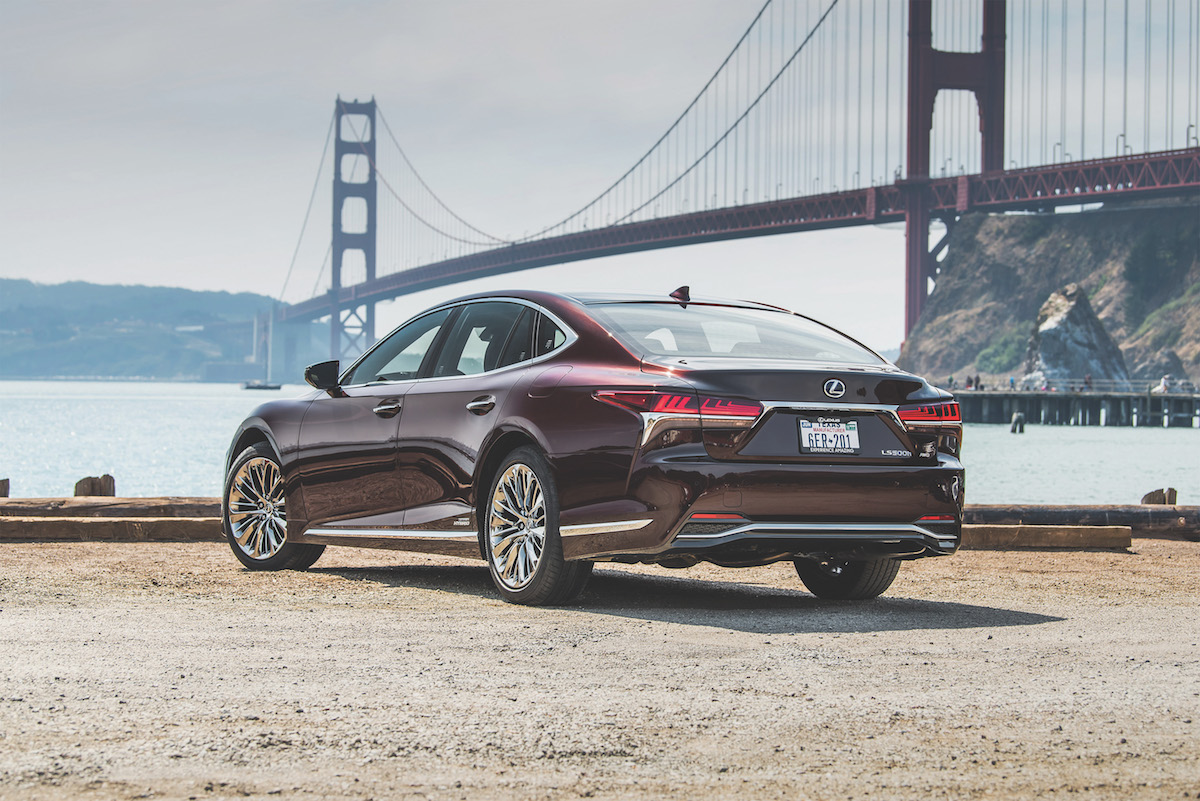 You can’t quite fail to notice how big the LS is, but it’s certainly no bloated whale on the road, and could even be said to cut something of a dash. Even its own designers admit, however, that it won’t be to everyone’s tastes.

What anyone would have to love, however, is the new engine, a 3.5-litre V6 that replaces the previous model’s big V8, and yet somehow manages to generate the same amount of power (310kW) and a shedload of torque (600Nm), all thanks to tricky turbocharging.

For a big car, weighing in at more than 2.2 tonnes, it can really get up and go, albeit with dignified restraint, hitting 100km/h from a standing start in five seconds flat.

That means it uses less fuel (9.5 litres per 100 kilometres) but, of course, not that many limo buyers are too worried about that particular bill.

For a big car, weighing in at more than 2.2 tonnes, it can really get up and go, albeit with dignified restraint, hitting 100km/h from a standing start in five seconds flat.

In terms of what it’s like to drive, the LS’s chief engineer, Shinji Kishida, was honest enough to tell us that his goal was to make it less boring than the incarnations before it.

It’s a worthy goal, and one he’s certainly achieved. The steering is far more involving, although still slightly remote and electronic in feel, and the active suspension does a fantastic job in the ride and handling departments.

You’re never going to throw a luxo-barge like this at a racetrack, but it does manage to make you smile, while being almost deliciously effortless at cruising speeds.

Driving it, of course, may well be the job of your chauffeur, so what do you really care about how much fun it is?

It will also come with more standard features and fewer options. And even at the low end, it’s still a lot cheaper than hiring out the Skywalker Ranch.