Race your own F1 car

Ferrari has created a unique and astronomically expensive experience for the world’s greatest car lovers – the Corse Clienti. 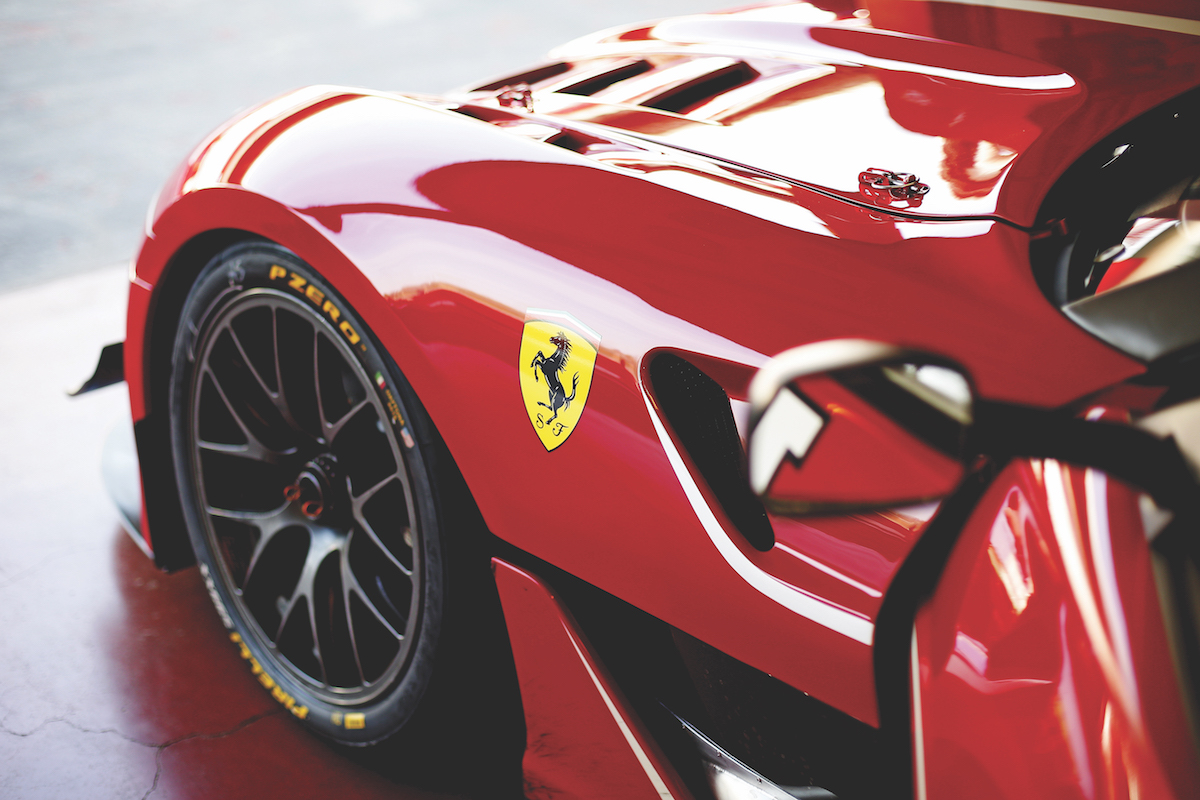 You could compare it with paying €1 million to hit a ball with Babe Ruth’s baseball bat, or Björn Borg’s tennis racquet, but it wouldn’t be quite right, because those sporting artefacts are far less likely to kill you.

Realistically, it’s more like paying big bucks to borrow the plane that Chuck Yeager used to become the first man to break the sound barrier, or an Apollo rocket.

What we’re talking about is the unique and astronomically expensive experience that Ferrari offers to a selected group of crazed car enthusiasts, which it calls the Corse Clienti. 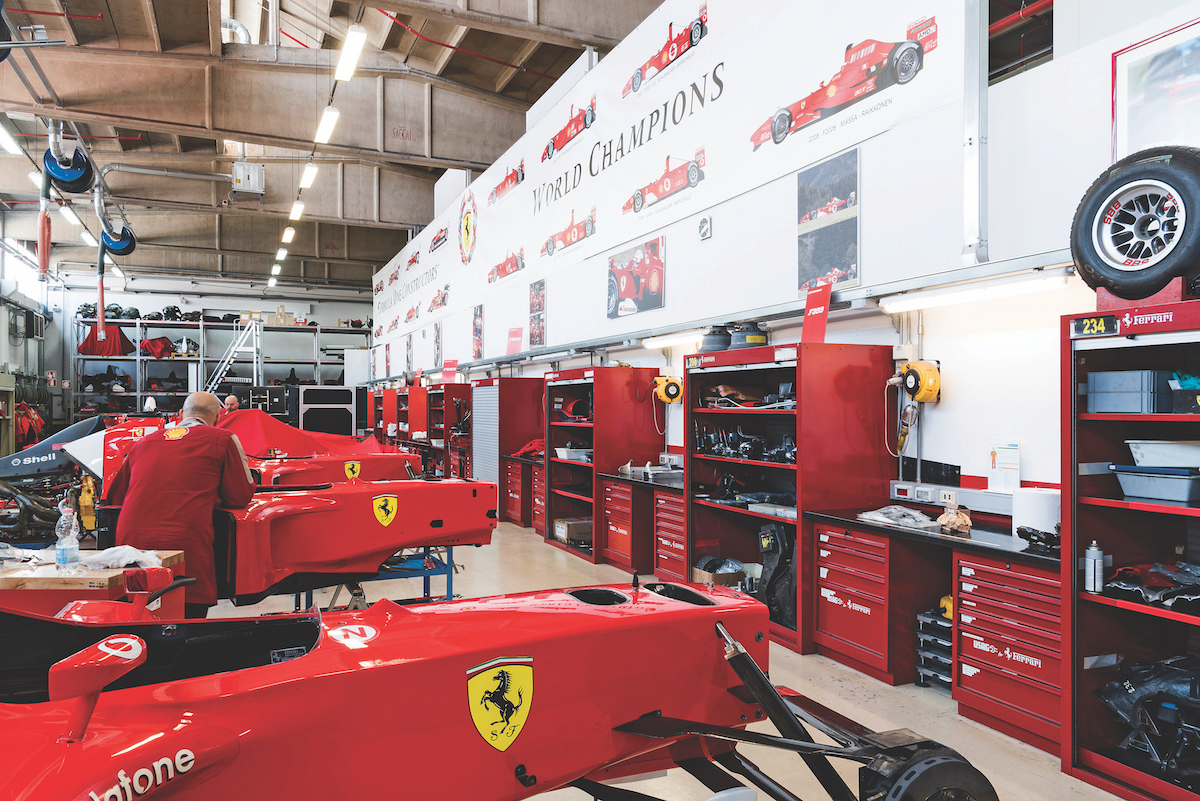 There really is nothing else like this in the world, because Formula 1®’s most important and glamorous team allows people not only to buy its hugely fast former race cars, but also to race them.

There really is nothing else like this in the world, because Formula 1’s most important and glamorous team allows people not only to buy its hugely fast former race cars, but also to race them.

Slapping down a such a spectacular sum doesn’t mean you get to take home, for example, the particular car with which the legendary Michael Schumacher won several races. Ferrari prefers to keep these historic vehicles in a big, beautiful shed at its Museo Ferrari in Maranello, Italy, even when other people own them. But you can drive your investment whenever, and almost wherever, you like.

And as part of your top-secret but surely extortionate annual fees, Ferrari will fly over not only the car but a whole crew of engineers and their laptops to help you actually get it on the road.

“It is an amazing, incredible reality, you know, because we are alone in doing this. No-one else can do anything like it,” enthuses Antonello Coletta, a boyish 51, and head of Ferrari’s Corse Clienti activities. 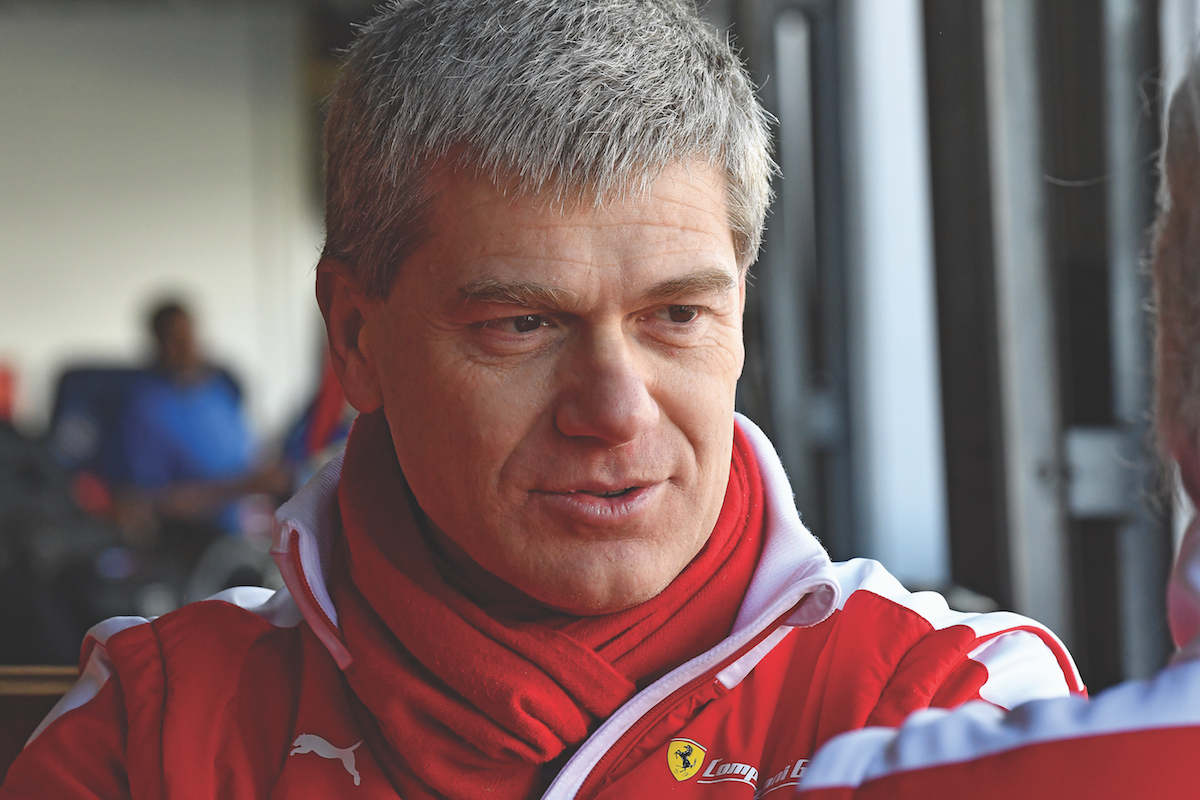 “We are lucky because we have a large number of customers who are very sports focused, so it’s quite easy to find people to take part in this; we have more people wanting to buy F1 cars than we have cars.

“This is a game, an expensive game, but it is a game. We have customers who drive an F1 car and, for them, it is the best dream – to drive a Ferrari. To own a car like this, and to drive it, and why not have one that has the chassis that Schumacher won two or three races with?

“All the cars have a history, you know, so the value is amazing. Some of the cars have even been signed by their drivers. They are important pieces of motoring history, but we make it possible for people to drive them.”

Coletta gives that particular Italian shrug that means ‘You think this is amazing, but for us it is nothing, because we are Italian.’ Corse Clienti has been running since 2003, and has sold a selection of its cars going back to the 1980s.

What is perhaps more incredible than Ferrari allowing its customers to play with its most-prized toys (admittedly for a fee) is that it lets them drive cars that are capable of exceeding 300km/h, and of producing G-forces strong enough to knock even healthy humans unconscious. 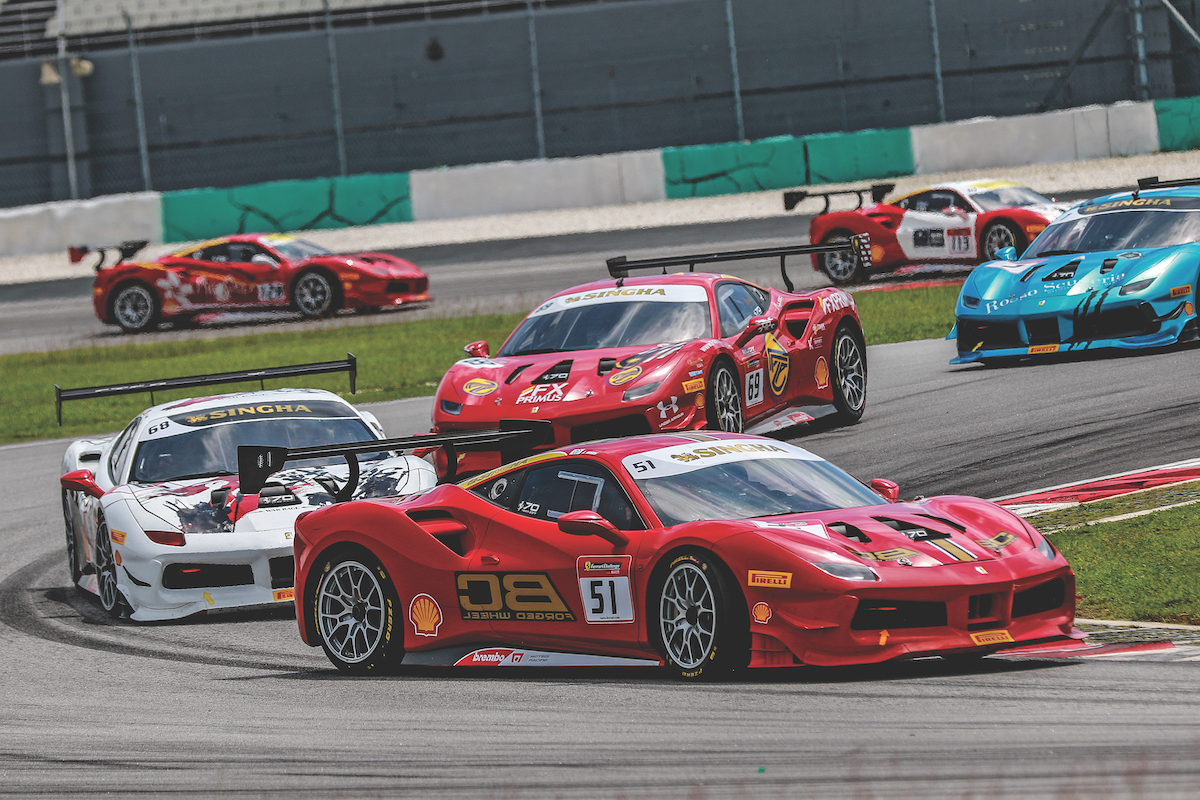 I was once fortunate enough to ride in a two-seater F1 car around Melbourne’s Albert Park circuit, but to do so I had to hold a dead-man’s button in my shaking hand. This was a precaution, so that if I passed out my finger would come off the button and a light would come on in front of the driver, warning him to slow down because his passenger was no longer capable of bracing himself.

The experience was like being strapped into a very small bullet train, which would occasionally crash into brick walls (that’s what the braking felt like) while being rammed by rhinos on both sides (the G-forces in the middle of long corners).

Most sane people wouldn’t want to drive an F1 car even if they were allowed, and Coletta admits it’s not for everyone, and that Ferrari is quite choosy about who gets to take part.

The cars themselves demand that anyone brave enough to take them on be in reasonable physical shape because their cockpits are crushingly small. Standing next to one it’s easy to see why driving a modern F1 car has been compared with lying in a bath and using the taps as your pedals. 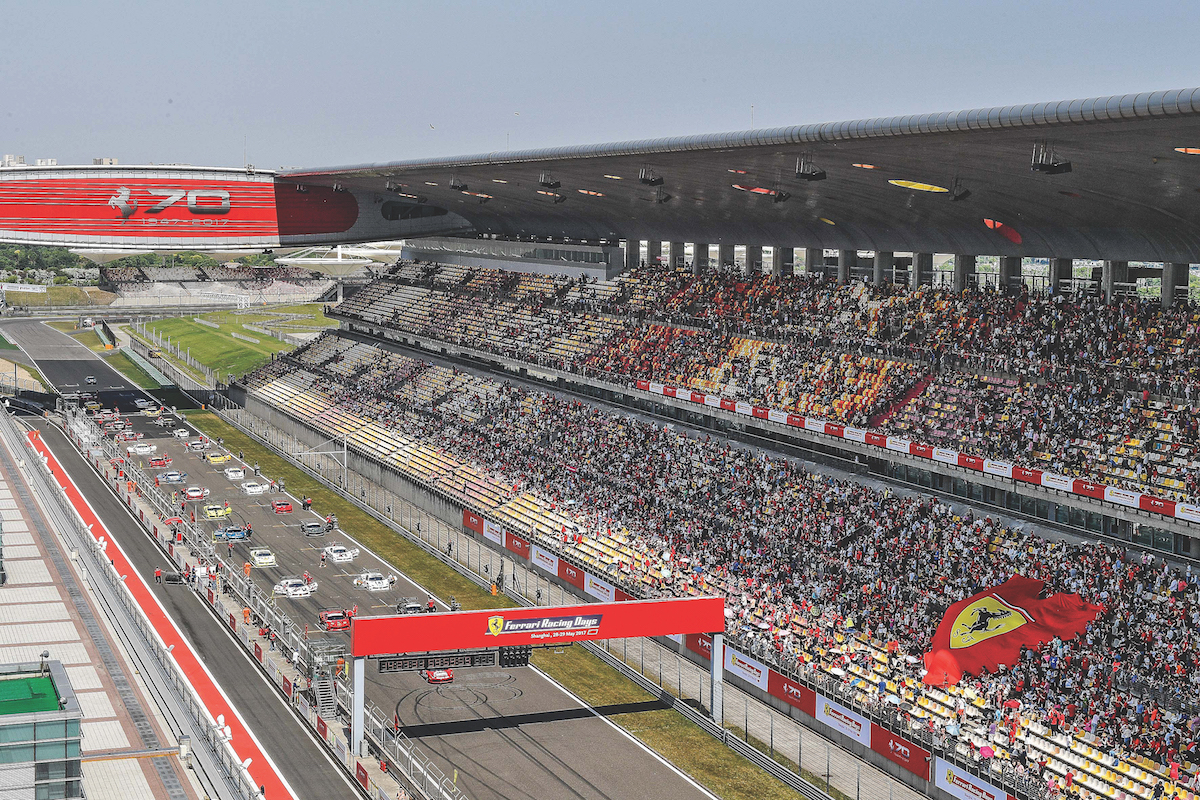 It’s a punishing position to put yourself in. “Honestly, it’s impossible that any driver could take a car like this onto a track and do an event without a lot of previous experience,” Coletta adds. “It’s simply impossible, people would not physically be capable.

“The first hurdle is the customer must fit in the car. “The second hurdle is a minimum aptitude to drive sporting cars, and for that we organise a test in Fiorano (the testing track attached to the Ferrari factory) with our drivers.

“Safety is extremely important, which is why we have driving tutors, like former F1 test driver Marc Gené, and he will tell you the average quality of the drivers we get is very good.

“The hardest thing is putting it in first gear, and getting it out of the pits.”

I find it very hard to believe that this is the most difficult thing about driving an F1 car, although Coletta also admits that getting your head around using an F1 car’s button-riddled steering wheel is tricky. “It takes about half a day of training to work that out.”

While Ferrari will fly your own, personal F1 car to any suitable racetrack in the world, it also holds a series of events each year where its “70 or so” Corse Clienti members can get out and scare each other on proper racing circuits.

“It’s not a race; it’s for fun, very serious fun,” Coletta says. “You enjoy the car and you find your own pace. It’s not a competition, it’s about experiencing this incredible car you own.”

On average, there are three or four spins at each event where a customer gets too keen on the throttle and spins off the track, and “maybe one or two crashes” each year.

Fortunately, if you bend your priceless Ferrari, the company can fix it for you – at a no doubt hefty price – because it has spare parts for every single car, as well as the original moulds and tools.

“Of course, if you don’t want your car anymore we will buy it back and sell it to someone else, because we want these cars to be used. They were made to be driven,” Coletta smiles.