If viewed as a luxury car, Range Rover Vogue holds its own against cars twice its price. But Land Rover’s reputation as an off-road machine means Vogue has a lot to live up to. 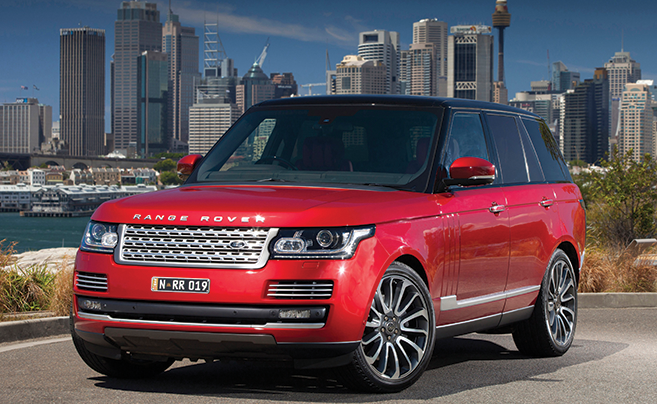 The world’s off-road terrain hasn’t changed much in the past 50 years. The deserts are still full of sand, the Arctic still has snow, and rocky trails are still strewn with, well, rocks. So when you’re in the business of building four-wheel-drives, conquering everything Mother Nature can throw at you is the ultimate goal. Once that’s been done, though, can you just rest on your laurels?

Take Land Rover, for example. The Range Rover Vogue is a formidable machine, with a degree of ability completely under-utilised by most owners. You have to wonder why, then, Land Rover chose to upgrade its flagship model. After all, how to you make something wade through mud better, or climb rocks to a greater degree, or even scale dunes more effectively? You don’t. So it’s how Land Rover went about creating the latest Vogue that shows a paradigm shift in how it markets its products.

The British company launched the current Range Rover Vogue, not with heavy detailing on how well it goes about embarrassing the laws of physics, but with emphasis on how much ‘greener’ it had become. Environmental accountability in this day and age cannot be ignored, especially from a company that hasn’t exactly been well known for its eco-friendliness (three-tonne off-road beasts don’t endear themselves to those with a Prius mindset). Land Rover thus adopted a three-pronged approach to demonstrate its change in tack.

First, cleaner engines were needed, so extremely efficient diesel and petrol engines (the diesel V6 is the pick of the bunch), which all make use of forced induction, were chosen. Second, maintaining an optimal power-to-economy ratio meant fitting an eight-speed automatic, so the engines sit in their sweet spot for longer—something not possible with the previous six-speed ’box. Third, a reduction in overall weight means less fuel used and fewer emissions created.