The Formula One Grand Prix circuit hits the grid in Melbourne before the races that stop nations travel around the globe. Andrew Chesterton breaks down the facts and figures of the Australian event. 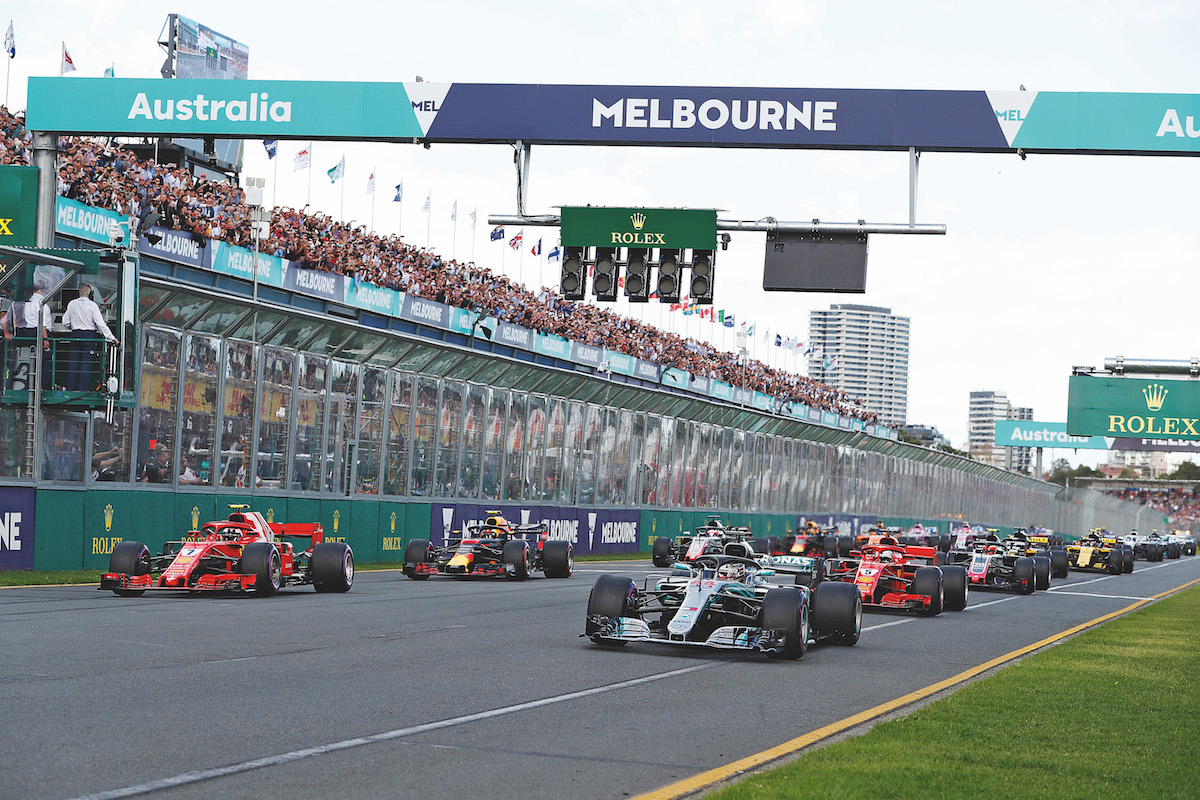 You’d think it would be the glitz and glamour of Australia’s season-launching Formula One race that you notice first, but it’s not. Nor is it the obvious displays of huge wealth — the wristwatches so heavy their owners struggle to lift their arms, the rare and exotic supercars that dot the carparks, the gold-drenched men and women who have painted themselves the kind of bright orange that would make even Donald Trump double-take — nor even the swathes of celebrities destined to wander around the paddocks searching for a photograph to look candid in.

Nope, the very first thing you’re bound to notice in Melbourne, provided you arrive while the F1 cars are moving, is the sound. It assaults all five senses, plus some that probably haven’t been discovered yet. You can feel it, see it, taste it, touch it, as well as hear it.

The F1 cars of 2019 might be quieter than in years gone by, owing to a switch to smaller turbocharged engines instead of the banshee-wailing V10s that powered older cars, but the sound up close still punches through you like a sonic drill the first time you hear it.

The result of all that sound, of course, is speed. And unless you’ve taken to watching fighter jets take off or asteroids crash to Earth, then it will be unlike any acceleration you’ve ever seen before. A modern F1 car will hit 100km/h in less than two seconds, and 200km/h in less than four.

Even more impressive, the brakes are so effective that the cars will screech from 100km/h to a standstill in less than a second. It’s a genuinely incredible spectacle that has to be seen to be properly believed. But even so, just like with the Spring Racing Carnival that also takes place in Victoria’s capital, the cars and their drivers are the ‘bit players’ here. 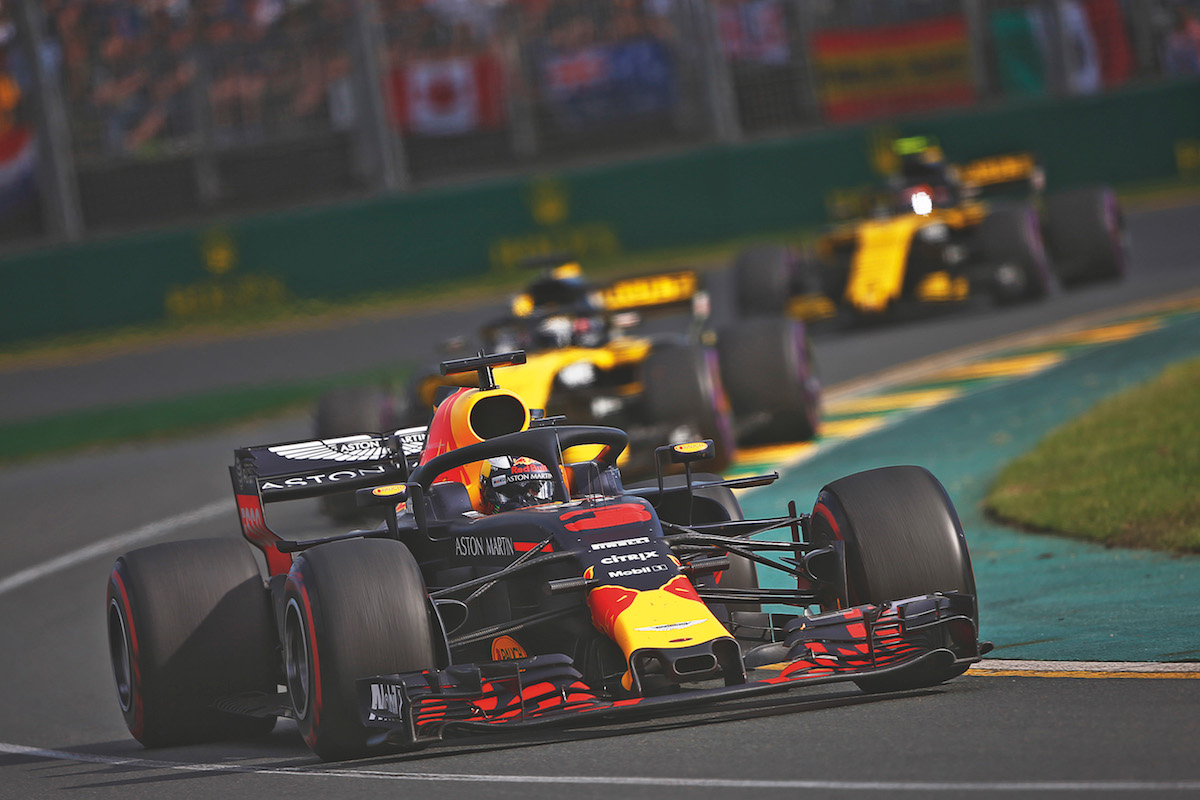 Consider the Melbourne Grand Prix event spans 14–17 March, with more than 300,000 fans from around the world expected to attend. Gates open from about 9am until 8pm daily, and yet throughout that entire period, the actual F1 cars are on the racetrack for a maximum of seven hours, and that includes the two-hour race on Sunday afternoon.

The rest of the time is strictly reserved for champagne sipping, A-list mingling and some of the finest people-watching opportunities on the planet. Sure, there are other, lesser cars on the track throughout the weekend, but nobody is really watching them.

And at the end of that Sunday’s race we will have our first F1 winner – and thus Championship leader – of the 2019 season, who will spray and be sprayed by giant bottles of Champagne, provided by premium brand Carbon since 2017 at the cost of around A$4,180 per magnum. That’s A$12,550 worth of fine bubbly (the second- and third-placed drivers get a bottle, too), and barely a drop will be drunk.

It’s a tradition associated with F1 since 1950 (the winner of the French Grand Prix was presented with a personalised bottle of Champagne to drink as a gift – the spraying it around bit actually began by accident in 1966, when a touring-car winner accidentally soaked the crowd when his bottle exploded after being left in the sun), and it’s one the suppliers take very seriously indeed. 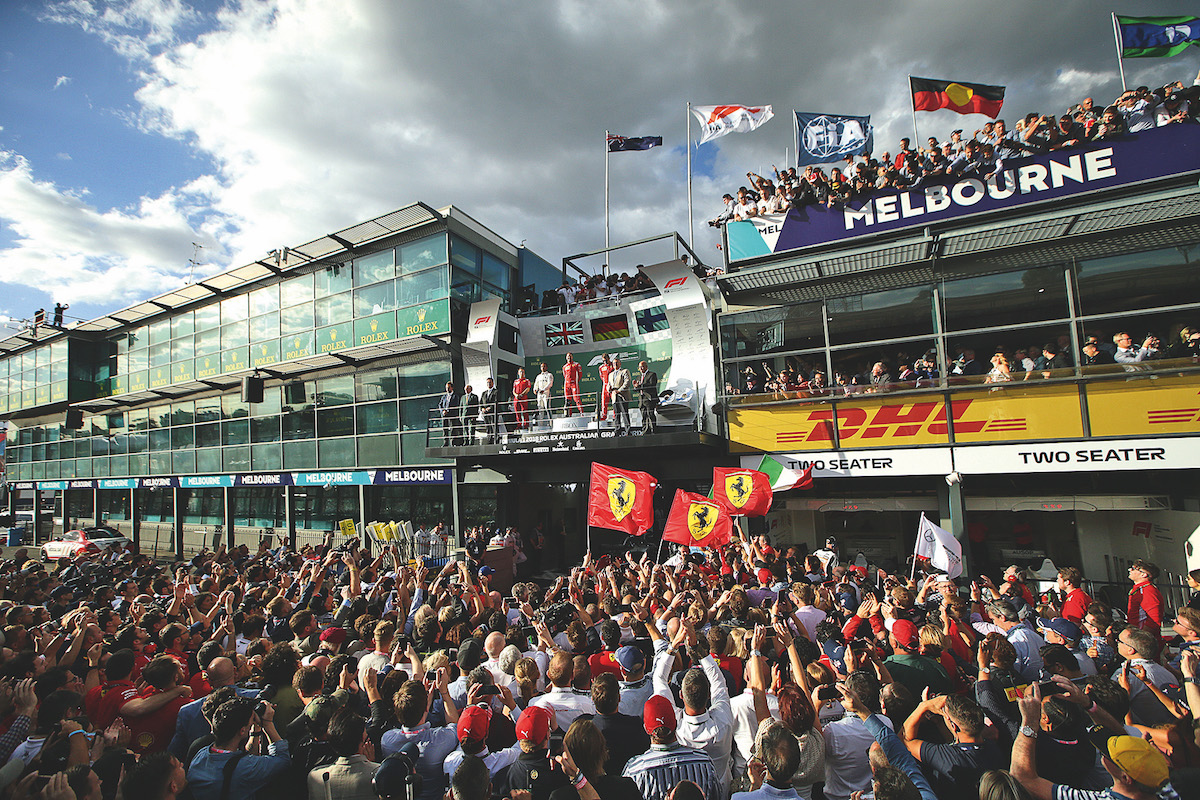 When G.H. Mumm delivered the bottles, each label was hand-applied and purposely glued on upside-down so it could be better captured by the cameras when the winning driver inevitably sprayed it down onto the waiting crowd.

But while tradition is critical to F1, the sport has at last been changing a bit over the past few years. In 2018, for example, the Melbourne Grand Prix debuted a major and (mostly) celebrated change; the replacing of scantily clad ‘grid girls’ with aspiring race drivers, or grid kids, chosen from junior go-karting and racing competitions.

That the glittering Formula 1 Championship attracts money like a Kardashian to Instagram is no secret. Forbes estimates the cost of running a successful Formula 1 team to be US$600 million (A$830 million) per year – a number so staggering that it prompted new owners Liberty Media, which bought the championship for US$4.6 billion (A$6.4 billion) last year, to consider imposing a spending cap of US$150 million (A$209 million) per season, so as to help the smaller teams keep up.

Yes, you read that right; in the rarefied orbit of F1, spending US$7 million (A$9.7 million) for each of the Championship’s 21 rounds is considered the sensible and budget-friendly approach.

All of which makes the international F1 circus the greatest sporting show to roll in to Australia every year. If you haven’t been before, then you must go. Even just the once. But maybe pack earplugs.