Mikee Romero has one of the most important jobs in the Philippines, both as a public political figure and a highly successful businessman. His secret to making every single appointment is simple: the Bell 505.

Last year the government offered Mikee Romero a trio of police motorcycles as a security convoy, available at his disposal.

“That’s too much for me. I came from the private sector and I don’t feel very comfortable using a long line of motorcycles to clear the way for me,” he says.

“It’s very hard getting around metro Manila and having a bunch of police moving aside traffic; it doesn’t look good for me. That’s why I have my own means,” he smiles.

“The helicopter is my great equaliser.”

Travel commitments of the top job 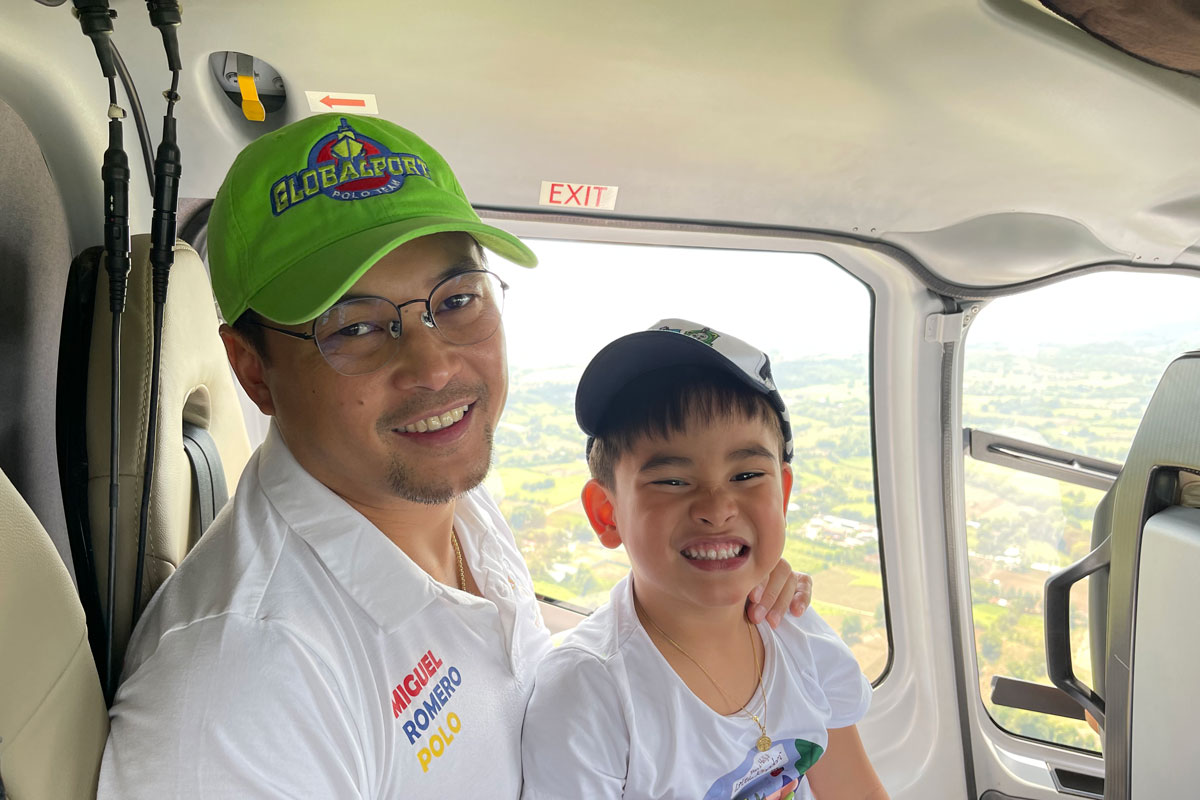 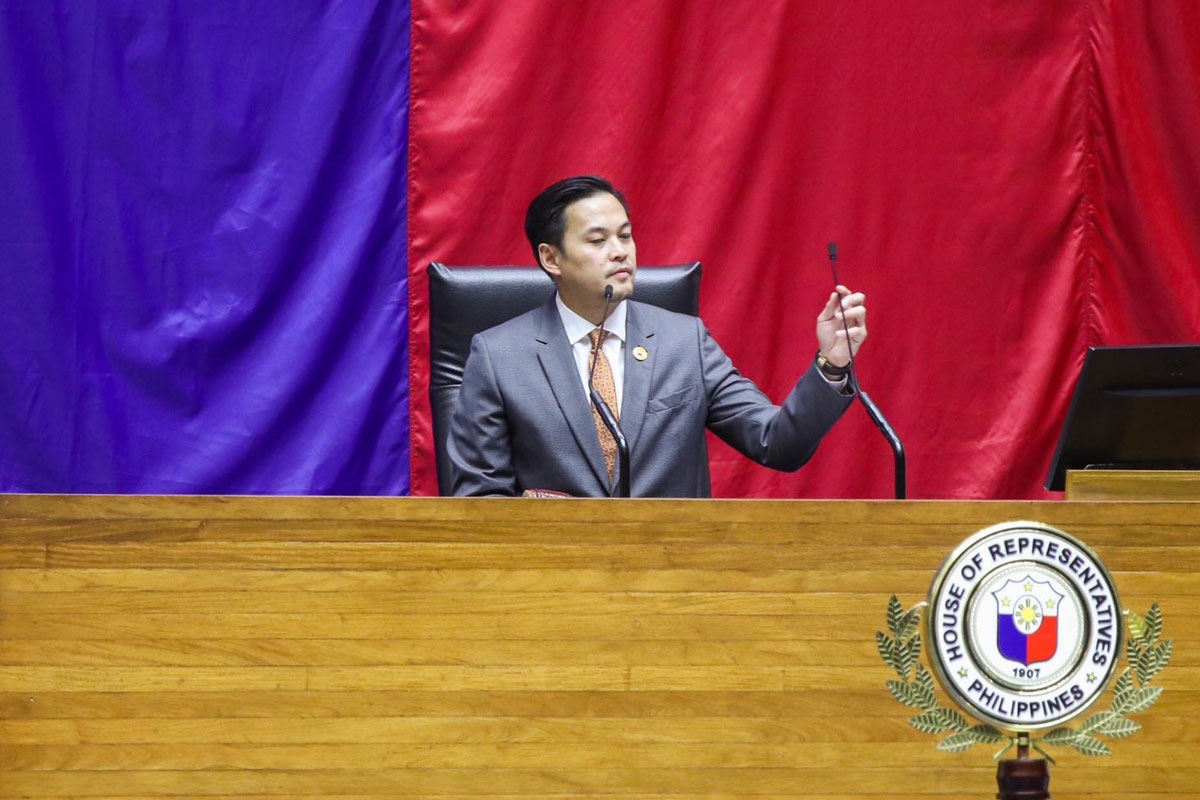 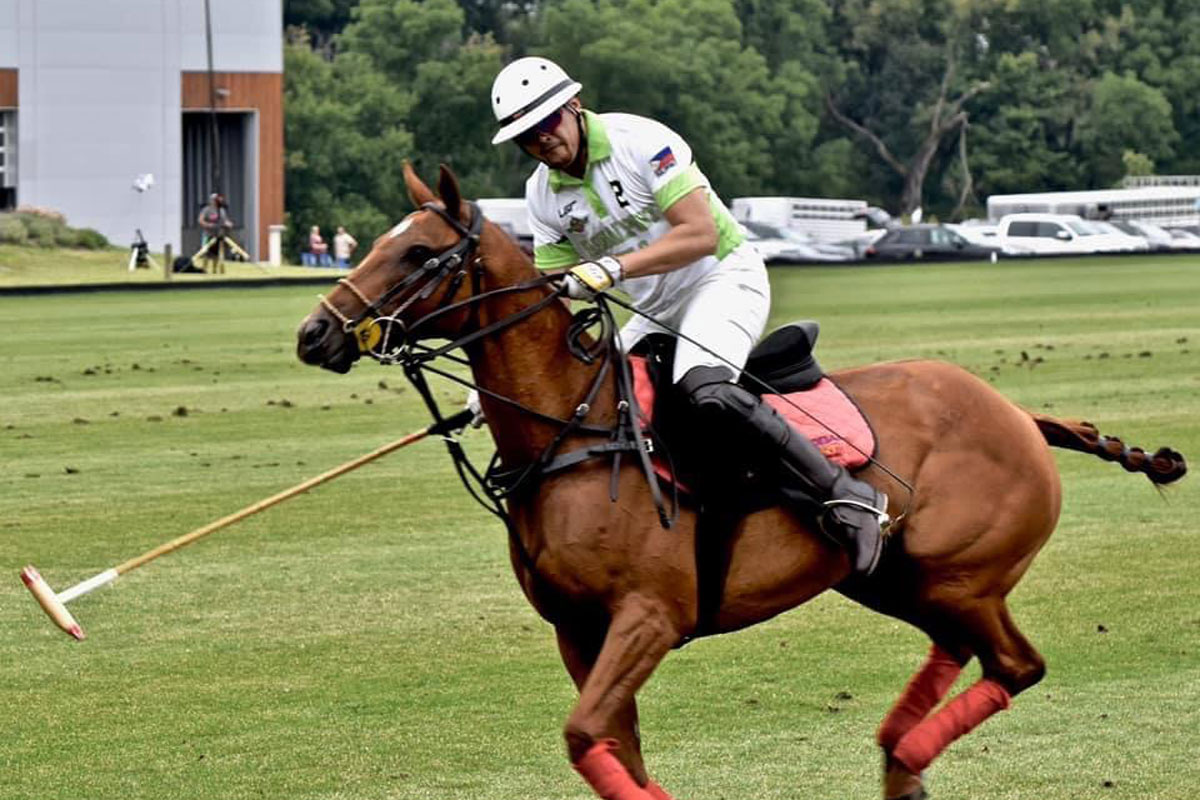 Romero sits among the 50 wealthiest people in the Philippines today with a reported net worth of US$135 million. He is a distinguished businessman who owns Globalport 900, one of the biggest port operators in the country, and is also the majority shareholder of Philippines AirAsia. His most recent venture successfully extends his business reach into the power industry.

Most would see these accolades as a reason to retire early, but not Romero. In his role as a civil servant, he is also a congressman and number two in the House of Representatives for the country’s government.

“In his world of high-stakes business and politics, punctuality is everything.”

“I’m the Deputy Speaker in charge of political affairs, so it’s a very tough job and long hours. Sometimes the President or an official will call me to decide on matters of national interest or security,” he shares.

As for his personal downtime? Romero is an avid sportsman who moonlights as the Captain and Owner of the Philippines polo team. It’s this multifaceted lifestyle of the modern leader and entrepreneur which demands the integration of professional and personal life that requires an equally unrivalled mode of transportation.

The Bell 505 helicopter is Romero’s chosen ride. Discover how he uses it to ensure he never misses a single business meeting or social gathering. 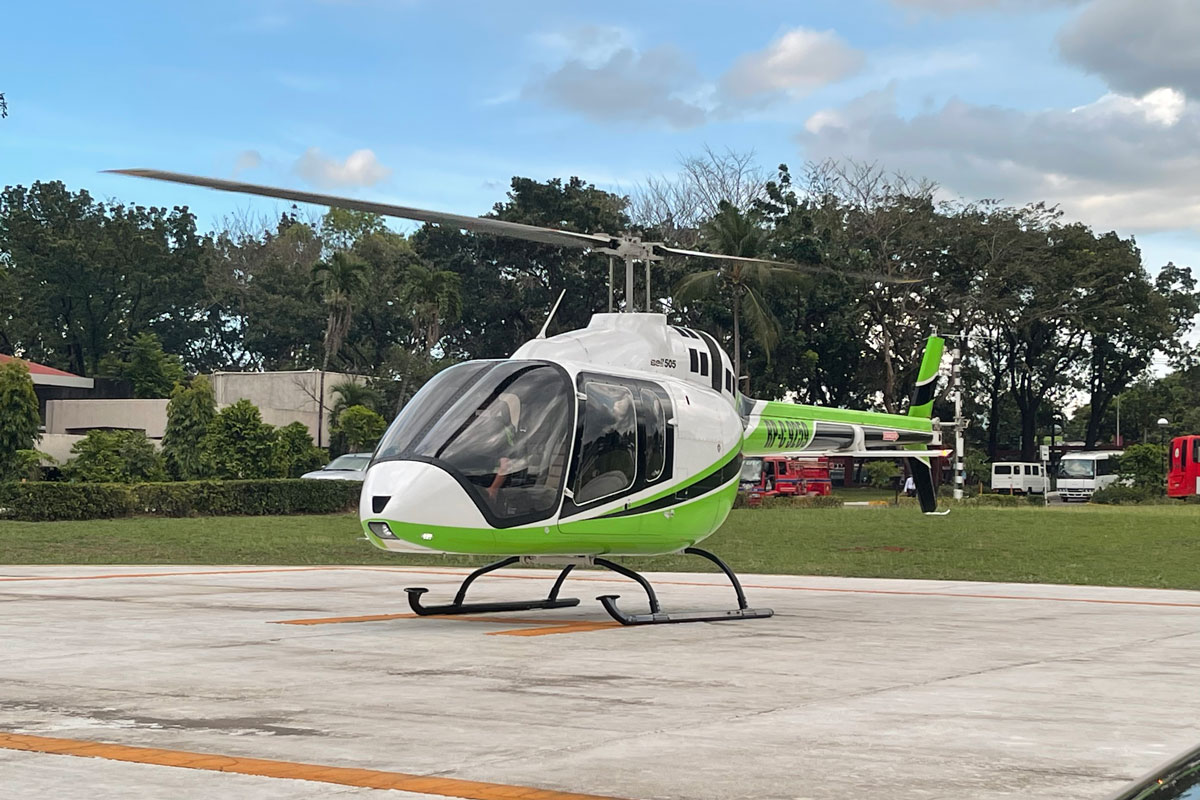 The Bell 505 is a proven flight tool among the world’s key businesspeople and influential figures. Globally, the aircraft has accumulated more than 70,000 fleet flight hours with over 300 aircraft operating across a range of missions in six continents and 55 countries.

Successful real-world operation isn’t just about healthy numbers on paper. The Bell 505 continues to exceed its design criteria through the vast array of daily challenges as a multipurpose aircraft under Romero’s ownership.

In his world of high-stakes business and politics, punctuality is everything. Helicopters have been in his family since 1997, and today he owns three. The Bell 505 sits firmly at the top of this collection and there are key reasons why he chose it over its competition. 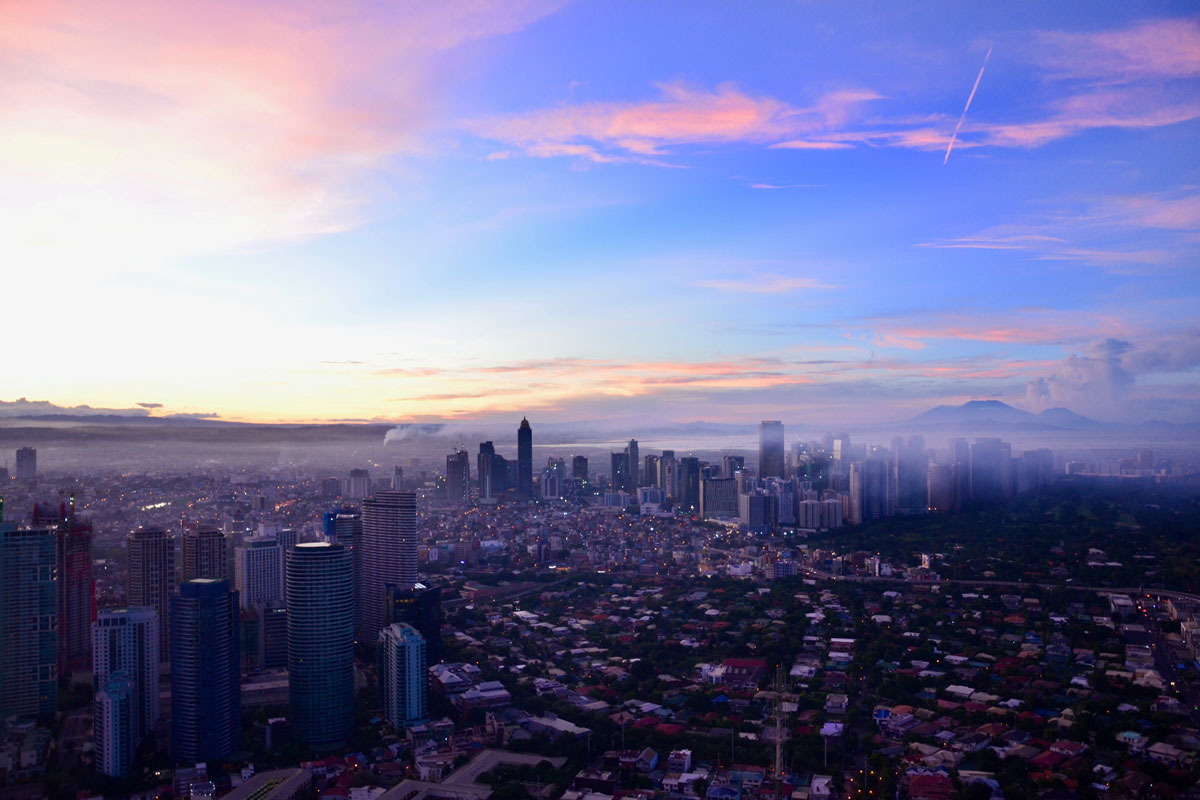 Romero’s lifestyle requires helicopters as he is constantly flying in and out of metro Manila, which has a general population of 12 million people. In the Philippines, the issue isn’t distance, but rather heavy traffic congestion moving through these dense areas.

“As a public servant you have to go and meet as many constituents as possible. Now that there’s COVID-19, even island areas require our help,” Romero explains.

“Many provinces in the Philippines are still poverty stricken, so sometimes you have to use whatever means you have to get to those people, especially if they’re inaccessible by road or far away.”

Ready to fly at any hour 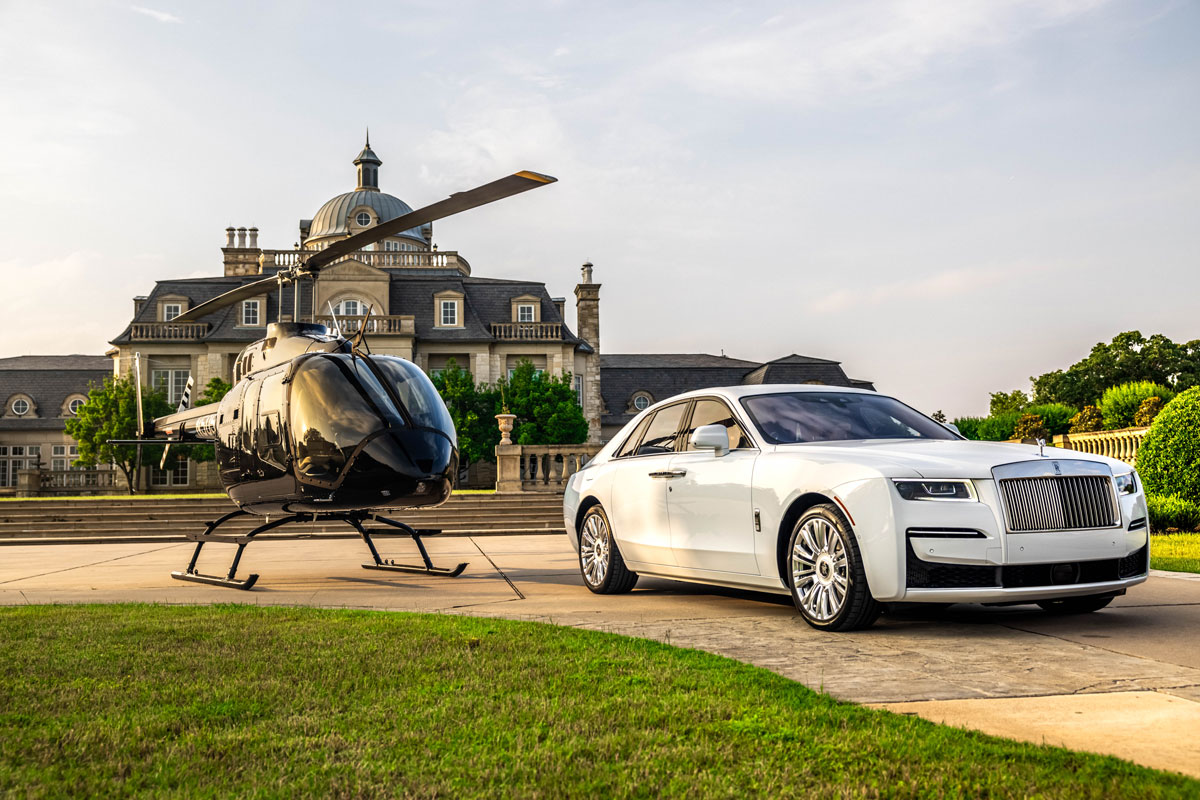 With an upcoming election in the Philippines, Romero always needs to be ready to travel, even outside normal business hours. His Bell 505 is maintained by his own team and is ready to fly from 6am to 6pm every day of the year.

“You’ll never know because sometimes you have to quickly decide where you need to be. In October, we need to register as elected officials, and I’m helping a friend run for President, so he’ll be using my Bell 505 a lot too.”

From the manufacturing floor, the Bell 505 has built reliability and functionality into its core. Maximum speed is rated at 232 kilometres per hour while it delivers 566 kilometres in range. In Romero’s world, saving time is a direct factor of his Bell 505’s impressive flight range.

“I own five power plants and sometimes I have to check on each one. Some are 45 minutes away; some are more than an hour,” he points out.

“Outside of Manilla I still have power plants. Sometimes I’ll take the 505 all the way to the Cebu area and then take off from there again.”

Short business meetings within the Manila district are no issue for the Bell 505. Come polo season, the helicopter takes on yet another role – an athlete transporter for the Southeast Asian (SEA) Games.

“I have a polo field more than 100 kilometres away from Manila. By car it would take two-and-a-half hours to get to, so I use the 505 in the morning at 8am and fly back after lunchtime. On average it takes 30 minutes.

“From November to April, I do that almost every other day. The SEA Games are also held there so it helps that I have three landing fields for the helicopter.” 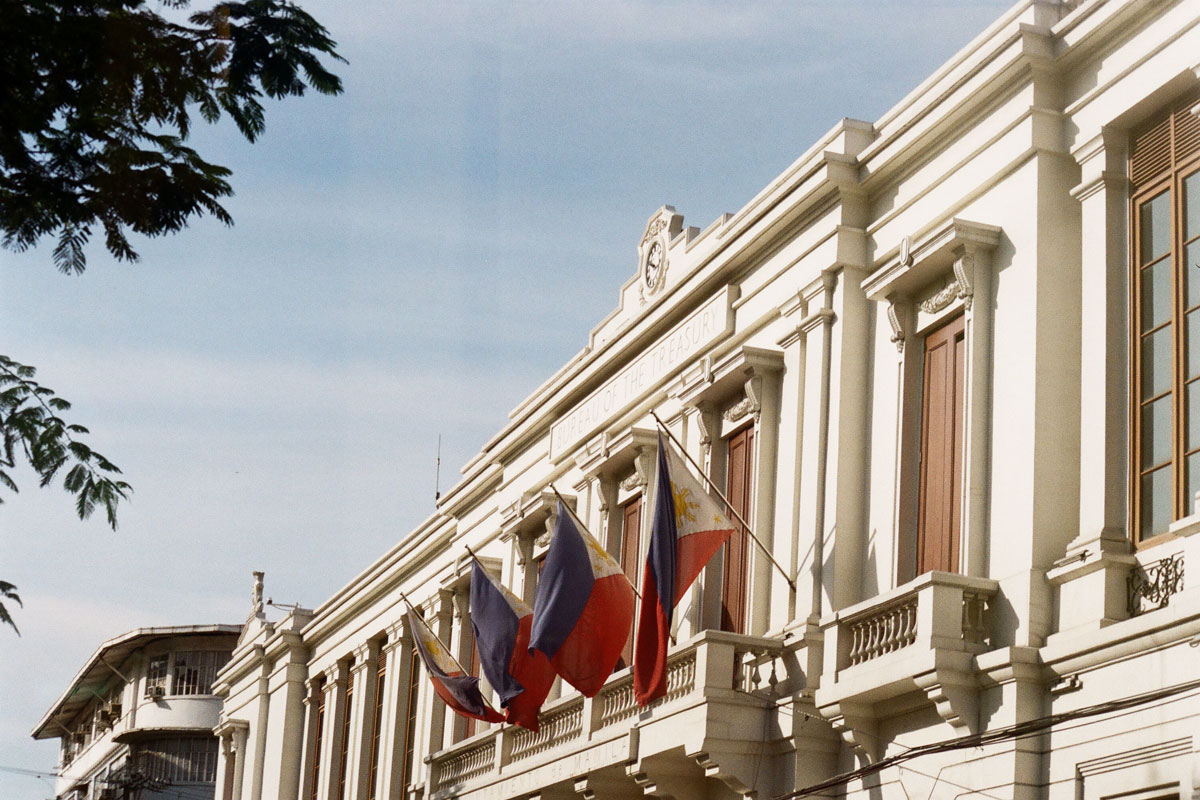 An often-overlooked factor of private aircraft ownership is user friendliness, not just for the aircraft but also its ability to integrate within the existing infrastructure. While private jets can deliver exceptional range, operational logistics such as finding a suitable runway in the middle of the city or in underdeveloped areas may pose a bigger obstacle. The Bell 505 overcomes these limitations with ease.

“At the congress head office, it’s a little tight because of the power poles and condominium towers, so you don’t really have a runway to land and take off.”

“The 505 is such a strong helicopter that even in a little tighter area, you can land and take off,” Romero says.

“At the congress head office, it’s a little tight because of the power poles and condominium towers, so you don’t really have a runway to land and take off. The Bell 505 is so strong in this area and vertical lift is so easy. It’s one of the easiest and most durable things to hop in and out of.”

Safety isn’t overlooked, considering the frequency Romero uses his Bell 505. Regular scheduled maintenance is handled by his AirAsia team, who also advise him on flying conditions. 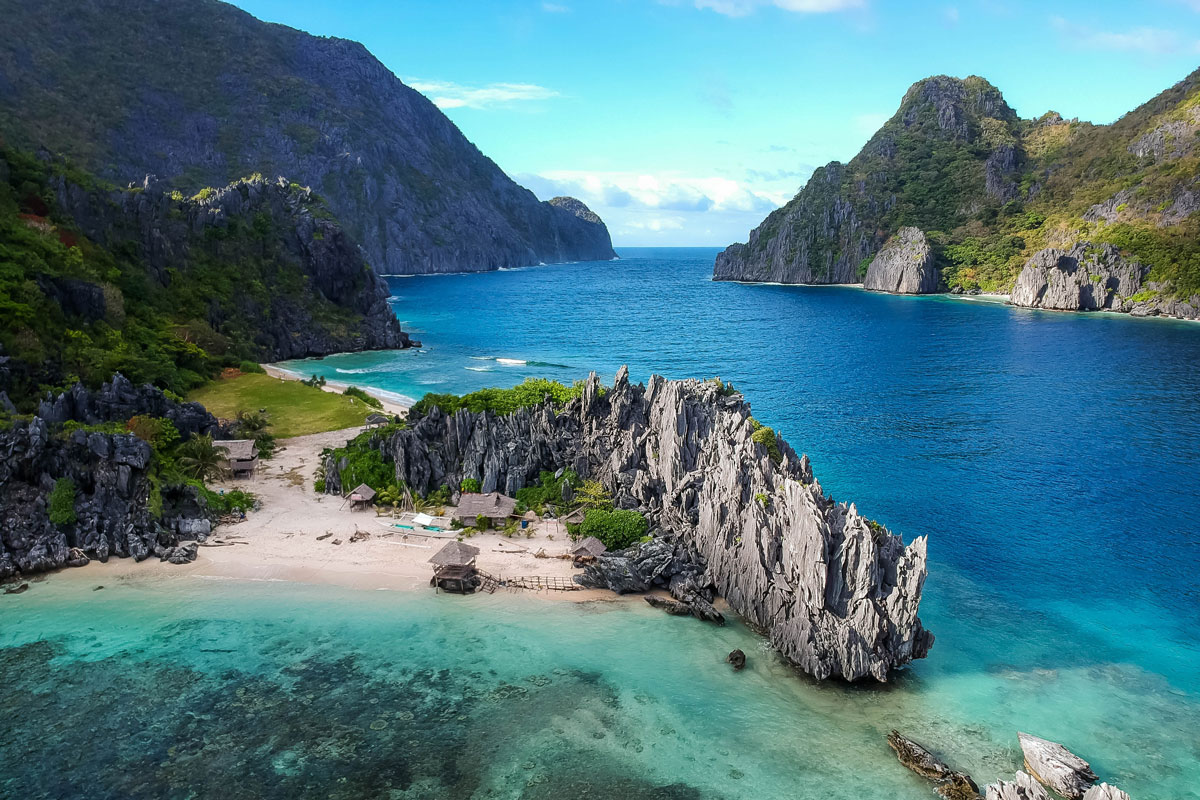 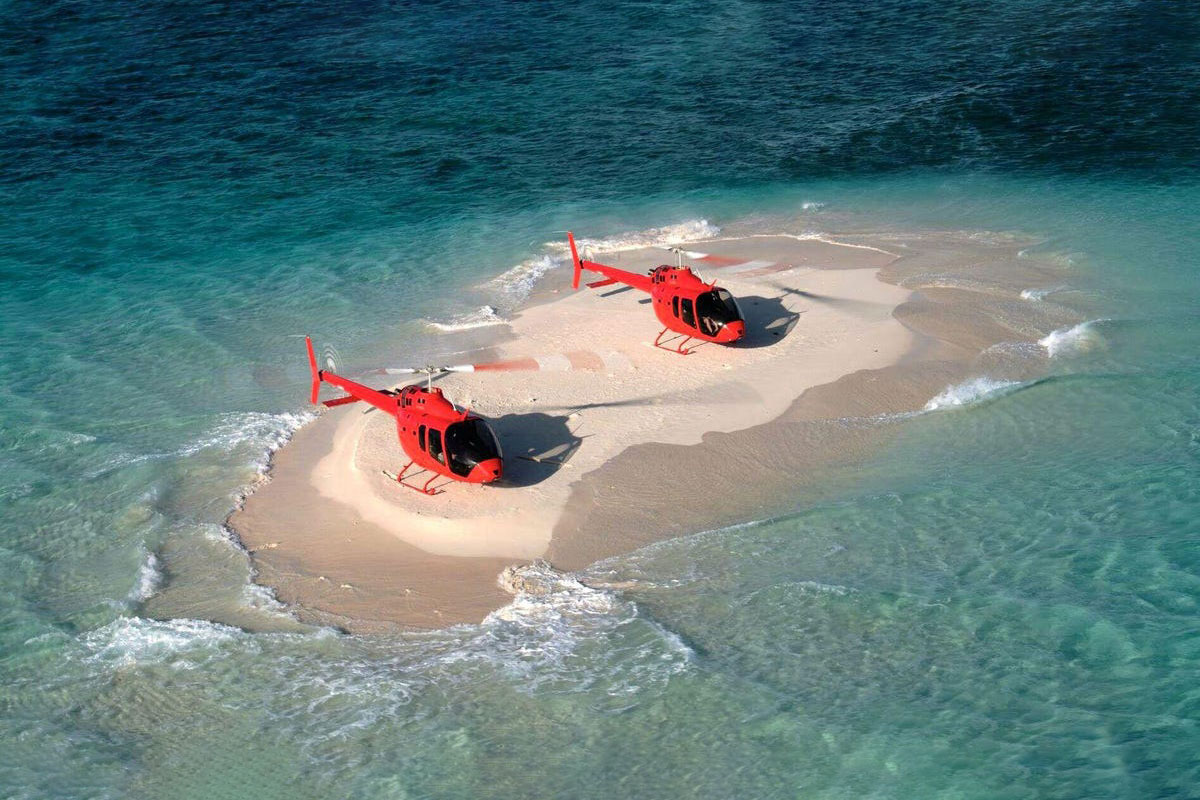 The duality of the helicopter is never lost among Romero’s extensive business pursuits. Play is just as important as politics, and his 505 is always up for the challenge.

“I went as far as Boracay with it, which is an hour-and-a-half away from Manila,” he says.

“Boracay is one of the best beaches in the world so I can use it there or in Palawan. We can easily fly it there. The view from the 505 allows you to see everything and it’s very comfortable. The front is particularly spacious.”

“We usually land about 100 metres away from any beach, and they’re the best in the world.”

With the country comprising 7,640 islands, Romero and his company are spoilt for choice when it comes to chasing sunsets and pristine white sands.

“I go to beaches within the Batangas area, which is 100 kilometres away. You can use the 505 for island hopping because we have so many islands here and it’s easy. You just need to find a sturdy surface to land on because the soil is very dry in the Philippines. We usually land about 100 metres away from any beach, and they’re the best in the world,” he reveals.

“From Manila, I can fly south to Batangas then to Mindoro then to Palawan and finish at Boracay. I’ve done that and you just need to plan it well. I also have a yacht so sometimes I land the helicopter and then hop on the boat.

“It’s a beautiful life, but I have worked very hard for it.” 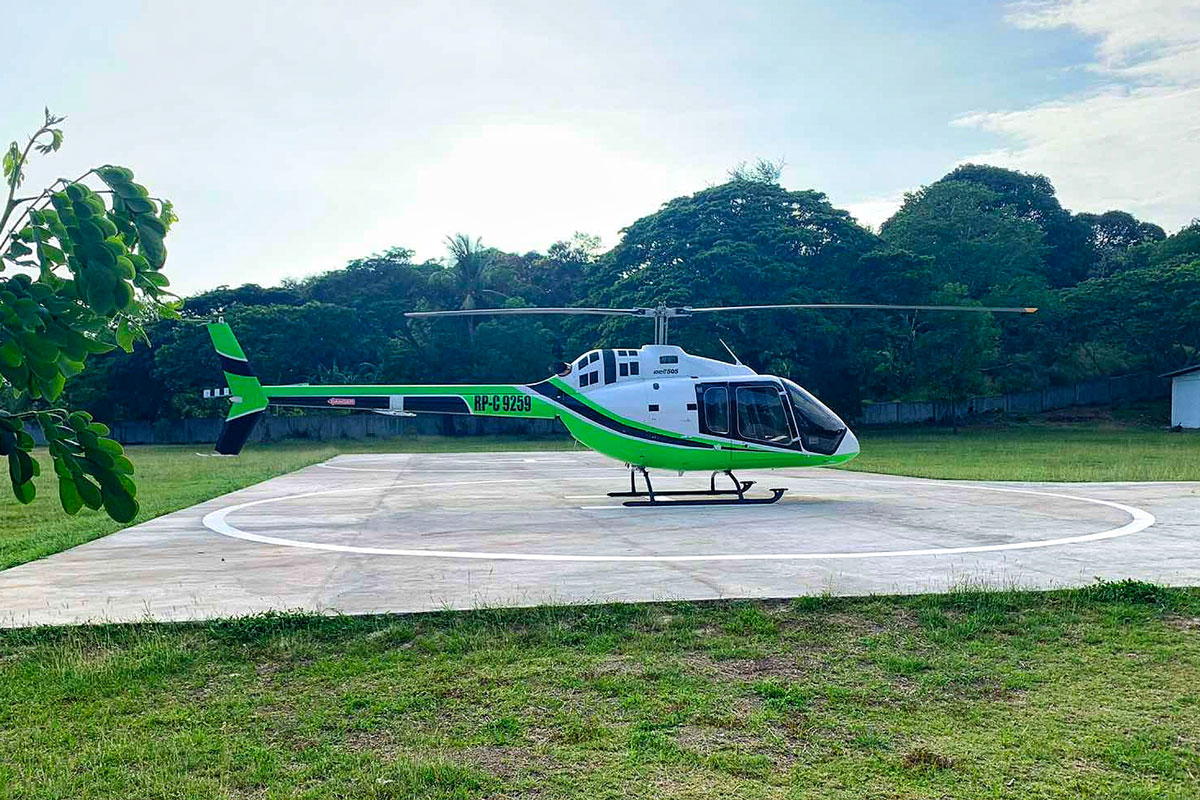 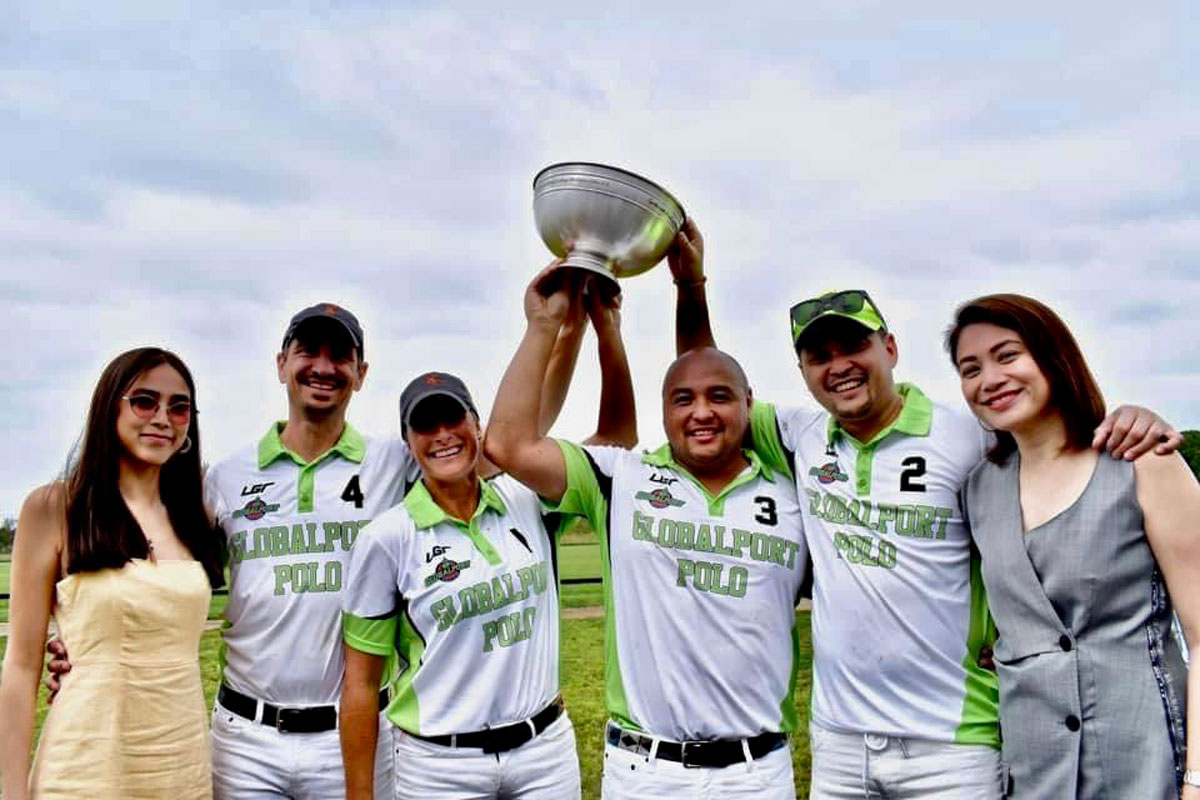 Owning a Bell 505 isn’t dissimilar to owning a luxury automobile for the skies. The potential for personalisation is limitless, and Romero has made sure that his helicopter is one of a kind among the world’s highest fliers.

“The initial colour delivered to me is all white. But I have a basketball team and a polo team, and all my teams are coloured in neon green, so I finished it in a combination of neon green and black. It’s quite slick,” he laughs.

With so many helicopter models available on the market today, one factor stood out in making the Bell 505 the easiest choice for Romero.

“The 505 has a long history being in the family of Jet Rangers. To me, this history has proven that it’s very durable and dependable as a civilian helicopter,” he says.

“It’s a helicopter that will do the job for me, especially on short trips of 45 minutes or less. I can use it during work time on weekdays. On weekends, I can use it for leisure to bring me in and out of the many facilities.”

This love affair extends way back to Romero’s first introduction to the Bell 505 at the airport.

“They showed me how it took off, the strength of the engine. The first thing the pilots did was show me what it could do with 360-degree rotations then vertically taking off with ease. I was really impressed by that. I didn’t know it was so strong.

“The strength of it means I can bring it anywhere because I’ve been travelling by helicopter since the 90s. I told myself I will never have a problem with the 505.

“This is the ‘love at first sight’ saying for me.”

Visit Bell to register your interest in travelling smarter for work or play.