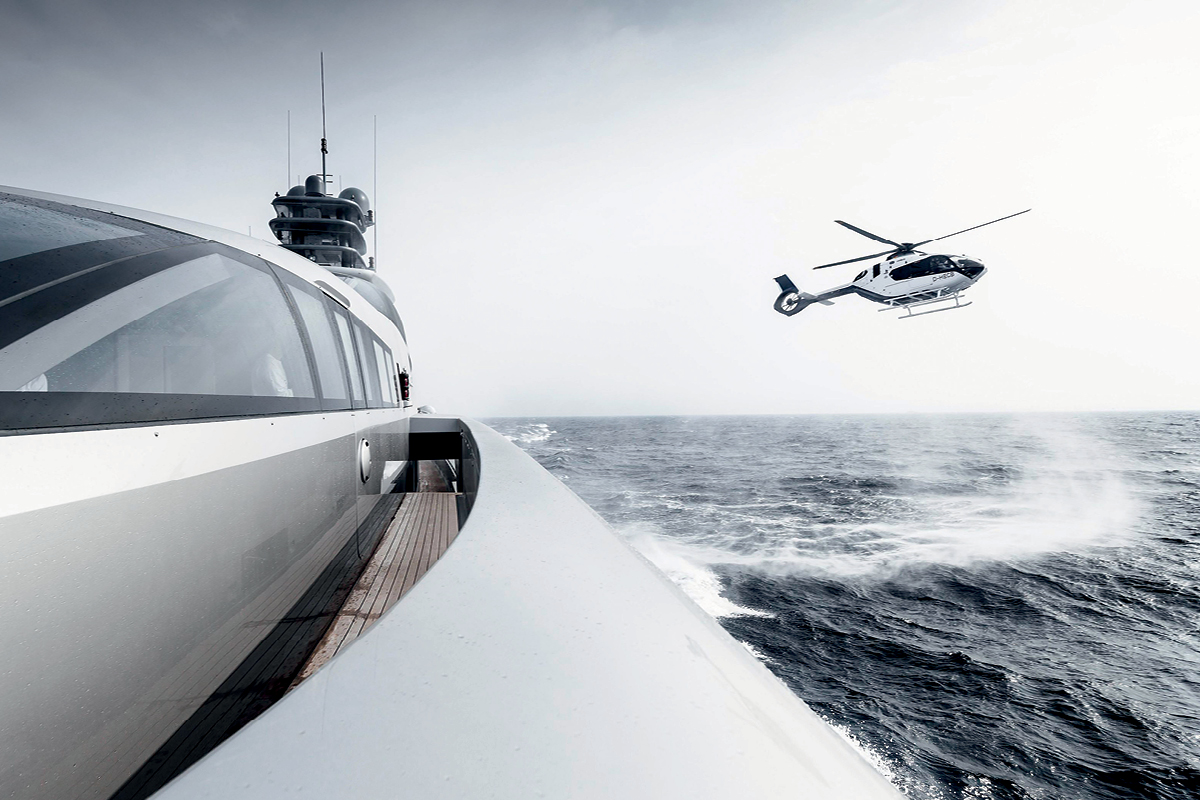 Think luxury helicopters are all noisy, clunky and overpriced? It may be time to think again. That’s because the choppers of yesteryear are fast being replaced with cutting-edge deluxe helis that offer ultra-convenience, style and security. Given this transformation, it’s no wonder that more HNWIs, VVIPs and business leaders are jumping into them ahead of private jets.

It’s also perhaps little surprise that major manufacturers are jostling to cash in on the high-end market, rolling out models for the ultra-rich. Indeed, Airbus Helicopters, Leonardo, Bell Helicopter, and Sikorsky are all developing new machines for the wealthy buyer, with price tags topping US$24 million (around A$32 million).

Becker Helicopters CEO Jan Becker says today’s luxury helicopters possess what they lacked in the past – speed and silence. “There’s no point getting some bus,” Captain Becker, founder of the A$20 million Australian helicopter consultancy business, tells The CEO Magazine.

“Buyers want speed, and noise is also a big issue. The new type of blades coming out are about noise abatement – they really do reduce sound. They’re not just geared to the military now; manufacturers are looking at what the corporate market wants.”

She points, for example, to “single-engine fly-away capability”, which refers to the ability of new crafts to operate with one engine out of action. As demand increases, aviation’s biggest names are expanding their offerings in the space. Bell Helicopter is a case in point. Targeting the corporate market, the Texas-headquartered company showcased its Bell 429 helicopter at Singapore’s 2018 Airshow. Priced at around US$8 million (A$10.9 million) – the lower end of the market – the Bell 429 has an impressive flying time of four hours, can take seven passengers, and includes a host of luxury creature comforts.

Another big US company, Sikorsky, is also making strides in the luxury segment. Since 2014, it has been working on the new presidential helicopter, the VH-92A, and has a contract to produce six of the machines for the US head
of state.

The VH-92A is fitted out with all the bells and whistles expected of a vehicle for the leader of the free world, including secure communication lines to the White House and Pentagon, ballistic armour, antimissile defences and seating for 12 people.

Italian manufacturer Leonardo, meanwhile, is preparing to launch its potentially game-changing AW609 that fuses the best elements of an airplane with a helicopter. Due for rollout in 2019, the Rome-built aircraft showcases three-bladed proprotors, composite pressurised fuselage for nine passengers, composite airframe and an advanced touchscreen cockpit.

The crown for most luxurious helicopter on the planet still rests with Airbus’ Super Puma H225. With a reported US$28 million (A$38 million) price tag, the ultimate in helicopter travel takes 24 passengers and three crew, including a flight attendant.

Stephen Holding, Adjunct Professor at Macquarie Graduate School of Management, says the ultra-rich are always looking for new ways to display their wealth. Luxury helicopters, he says, are a great way to do this right now.
“The human condition that we’re talking about here is status seeking,” he explains.

Stephen says that with the cost of some luxury choppers reaching almost US$30 million (A$40.9 million), and usually depreciating rapidly after purchase, the vehicles are ideal for the super-rich. “One of the important aspects of conspicuous consumption is that it has to be a bit wasteful. In a way, that’s the point.”

For Crowd Media Group’s Judy Sahay, the pick up in demand for deluxe helicopters fits with the “perception game” of today’s social-media-driven world of luxury. Sahay, founder of the Australian social media agency, says Airbus’ reported partnership with Hermes and Mercedes-Benz, and Leonardo’s team up with Karl Lagerfeld and Versace are initiatives perfectly geared to wealthy Instagram users. 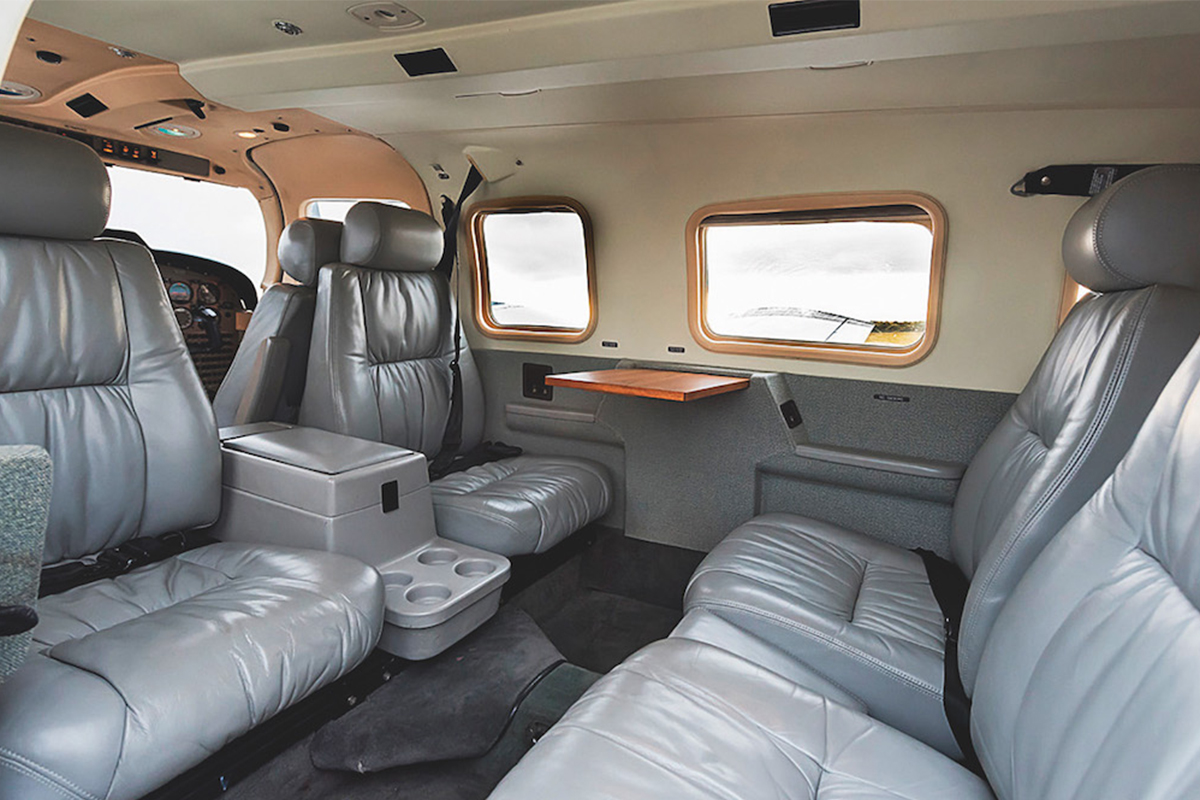 “In social media you never post something you’re upset about, or that you’ve lost money; it’s always about ‘Look at my life, look at how awesome it is!’” she says. “But then you see another breed of people at the luxury end, they may have only five Instagram followers, but they all have a lot of money.

“Either way, with social media, when you see one of your peers has bought a helicopter, you want to be part of that group so you can put it on social media as well. It’s a way of keeping up with your peers.”

Becker, who also sits on the Helicopter Association International board, says while interest in buying the latest and greatest choppers is strong, fewer owners are piloting the machines themselves these days.

That’s largely driven, she says, by the increased sophistication of luxury helicopters making pilot training for executive customers more onerous than in the past.

“You might get some high-flying guys who go and buy a big ship but these days they always have a pilot that flies with them,” she says. “Corporate pilots flying executives is more prevalent because the flying skills required for the more sophisticated machines is much more than a basic pilot’s.”