We quiz the whisky connoisseur on his whisky journey and his passion for the spirit. 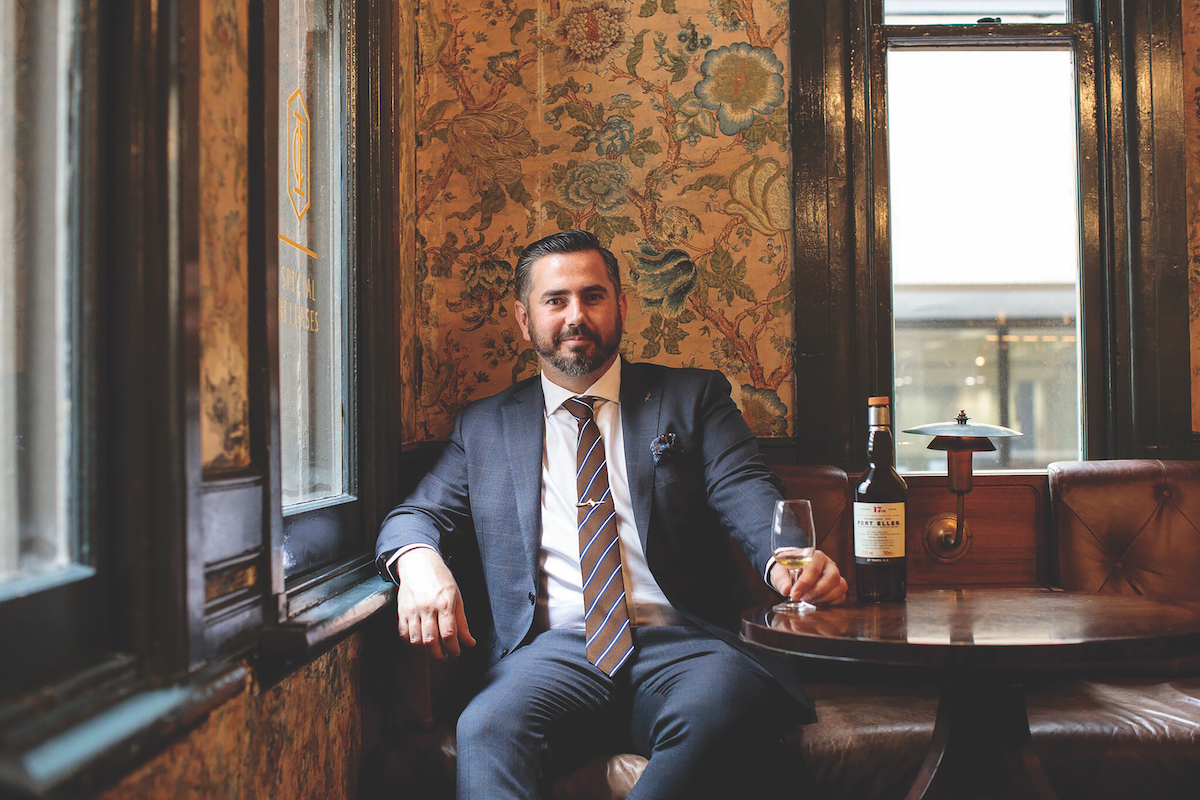 Diageo, the world’s largest distiller, is home to iconic whisky labels such as Johnnie Walker, Lagavulin and Talisker. Here, its Australian National Whisky Ambassador shares some of the highlights of his whisky journey with The CEO Magazine.

What does your role involve?

It’s quite a substantial role. It involves Scotch whisky education to consumers, trade partners and internal training. I also host whisky samplings, tastings and whisky dinners. Media engagement is a big part of it, as are luxury launches, like the Australian launch of the Diageo Special Releases.

You’ve done a few things around whisky, including writing, consulting and running bars. Is it important to you to keep learning and expanding your knowledge?

Absolutely. I think it’s through the writing that I really felt the passion for research and self-motivated education into the whisky and drinks world. There is a lot of ground to cover and always something new to learn.

I try and take the opportunity every time we bring out a new release to explore another slice of distillery history. Like this year’s Port Dundas 52-year-old, it was distilled in 1964 and the distillery has quite a fascinating history itself. I don’t think you’ll ever run out of something to learn about Scotch whisky and it is great to get to explore that.

What advice would you give to someone thinking of investing in whisky?

A great example is the Port Ellen (37-year-old), from the Special Releases this year. It ticks all these boxes and an additional bonus, if you’re a collector, is that the distillery closed down in 1983, so stocks are increasingly rare. We have had some previous younger releases in larger supply numbers that have increased quite dramatically in value and are now changing hands at vast sums.

The final thing to consider is that if you don’t make a great profit off your bottle, you can always drink your investment with some good friends. That is something you can’t do with cryptocurrency!

Without a doubt, Johnnie Walker Black Label. It has more than 30 different malts from the four corners of Scotland in it. It manages to capture all the flavours of Scotch whisky in a single glass. It’s an incredible, iconic liquid that people should revisit if they haven’t done so in a while.

It is hard to pick one here, but probably Lagavulin, known as the ‘King of Islay Malts’. The 16-year-old is probably the one people are familiar with, that really rich, intense malt. But, for me, the Lagavulin 12-year-old cask strength has become a stalwart of the Special Releases range and one that I look forward to with anticipation each year.

Best part of your job?

I think for me, converting people who are sitting on the fence about whisky into whisky lovers. That gives me a lot of satisfaction, sending someone off on their own voyage of whisky discovery.

I had my first sip of single malt about 19 years ago and, since then, it’s been a passion for me. From there to where I am today, it’s been a pretty cool journey.