6 HEAD serves steak, wine and heritage on a plate

A newly opened restaurant is bringing a back-to-basics steakhouse experience to The Rocks, uniting colourful colonial history with a wealth of culinary expertise. 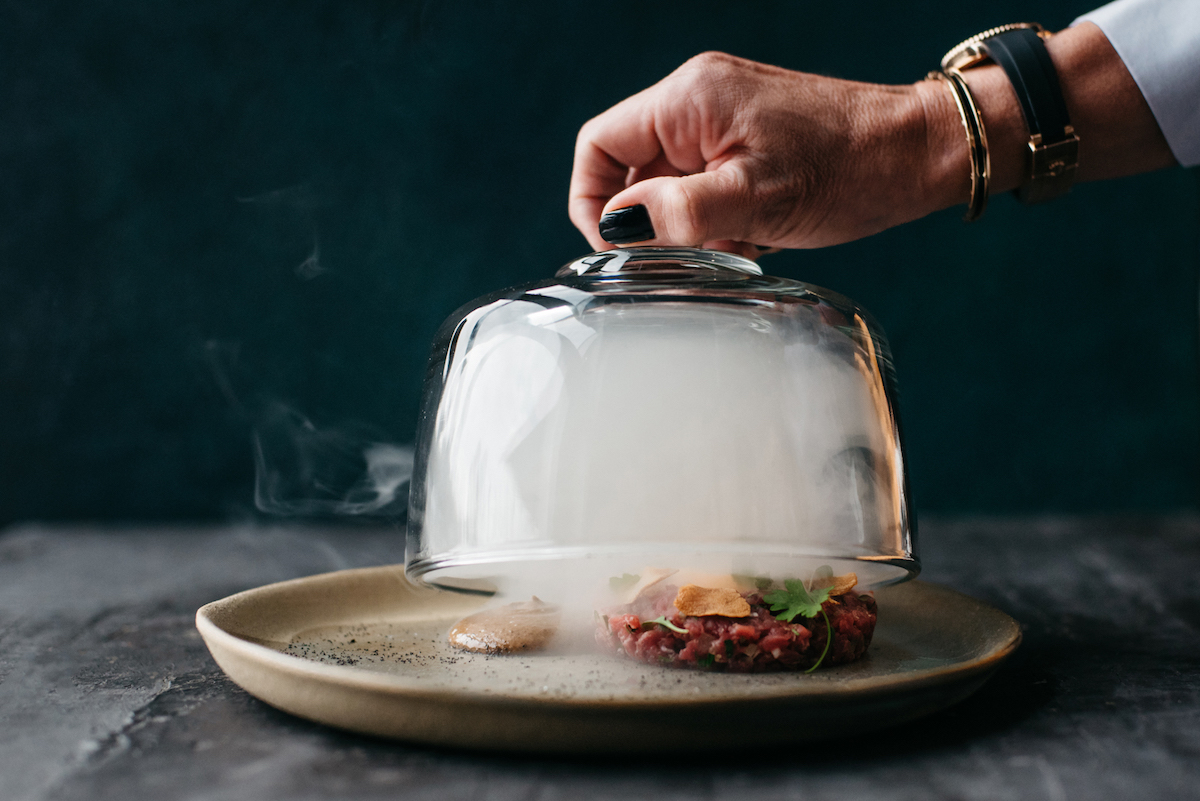 As I stroll around Circular Quay on a chilly Friday evening, I’m reminded that 230 years ago, when the First Fleet landed at Botany Bay, this stunning waterfront was just another harbour on the Pacific Ocean. But now it’s home to a mouth-watering new steakhouse.

Now boasting some of Australia’s best-known real estate – The Rocks, Royal Botanic Gardens and the Opera House – this area was once more humbly known as “The Domain” and “The Farm”.

Converted warehouses, pubs and brothels dot the streets around 6 HEAD, a newly opened steakhouse set in the revamped, 19th-century Campbell’s Stores. Indeed, the restaurant owes its name to an intriguing tale of colonials, cattle and convicts. 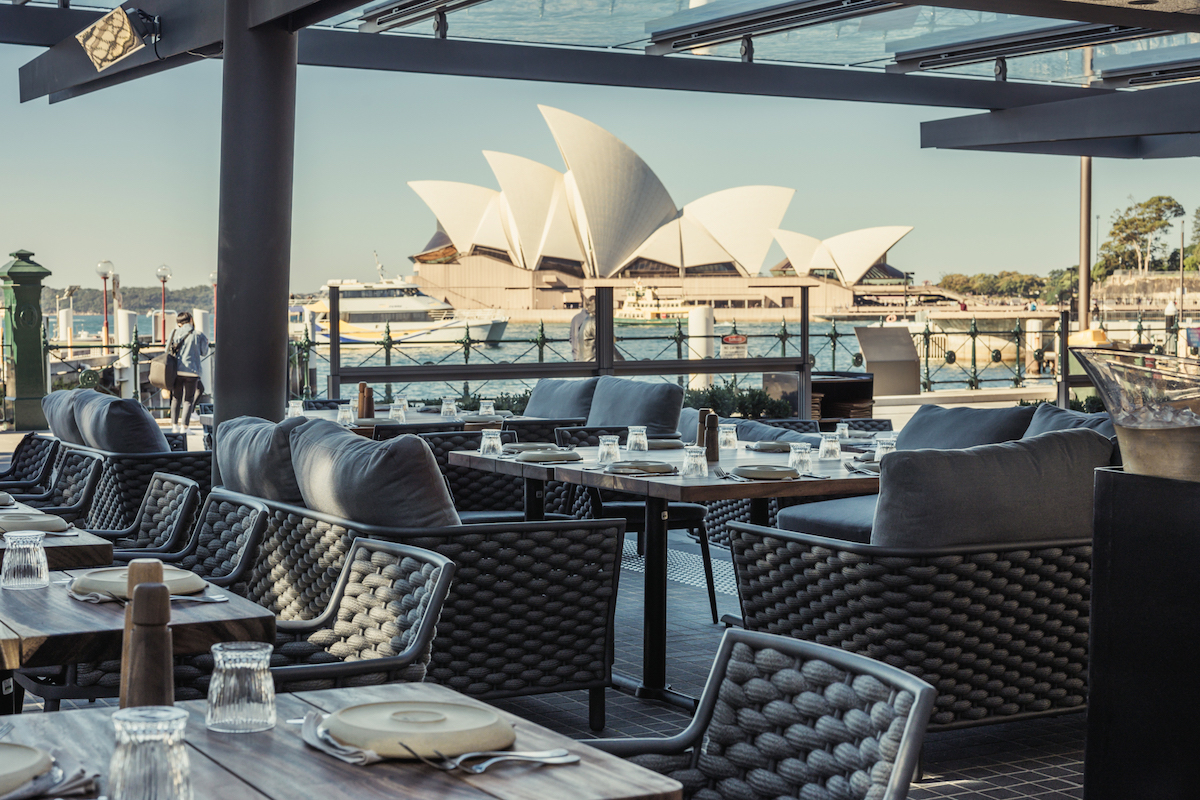 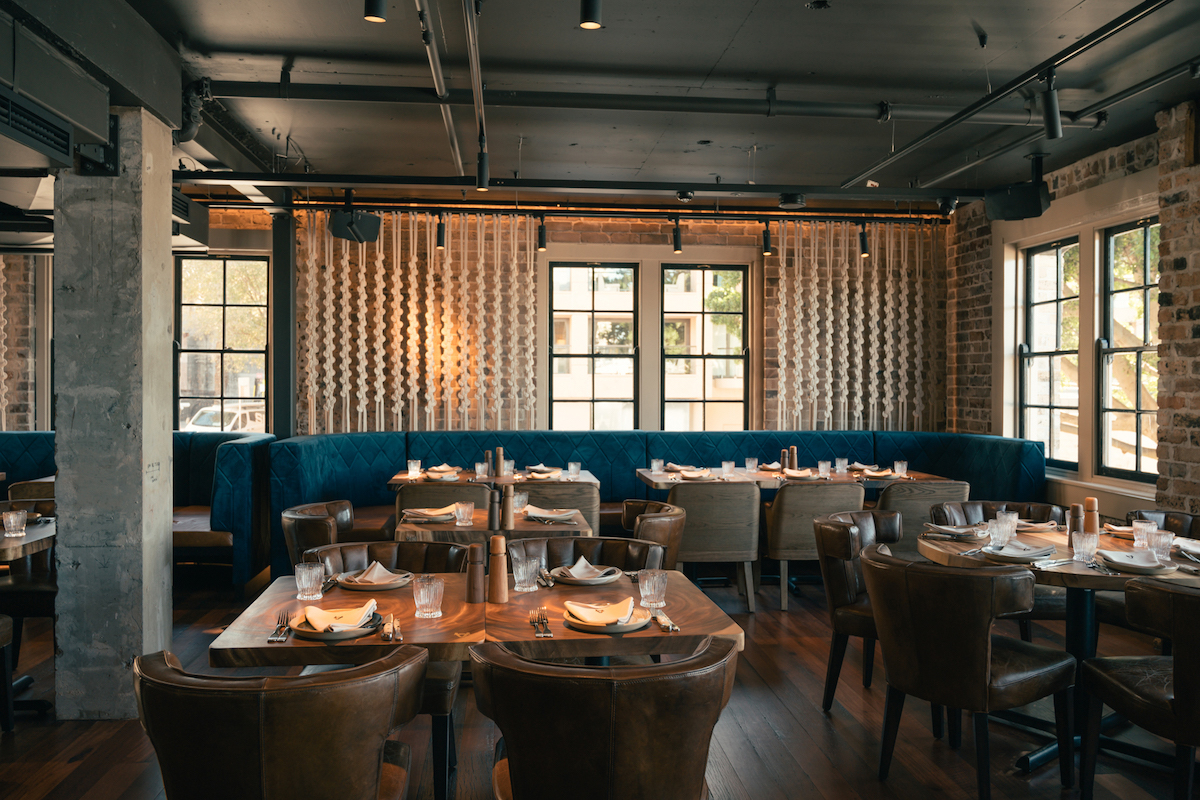 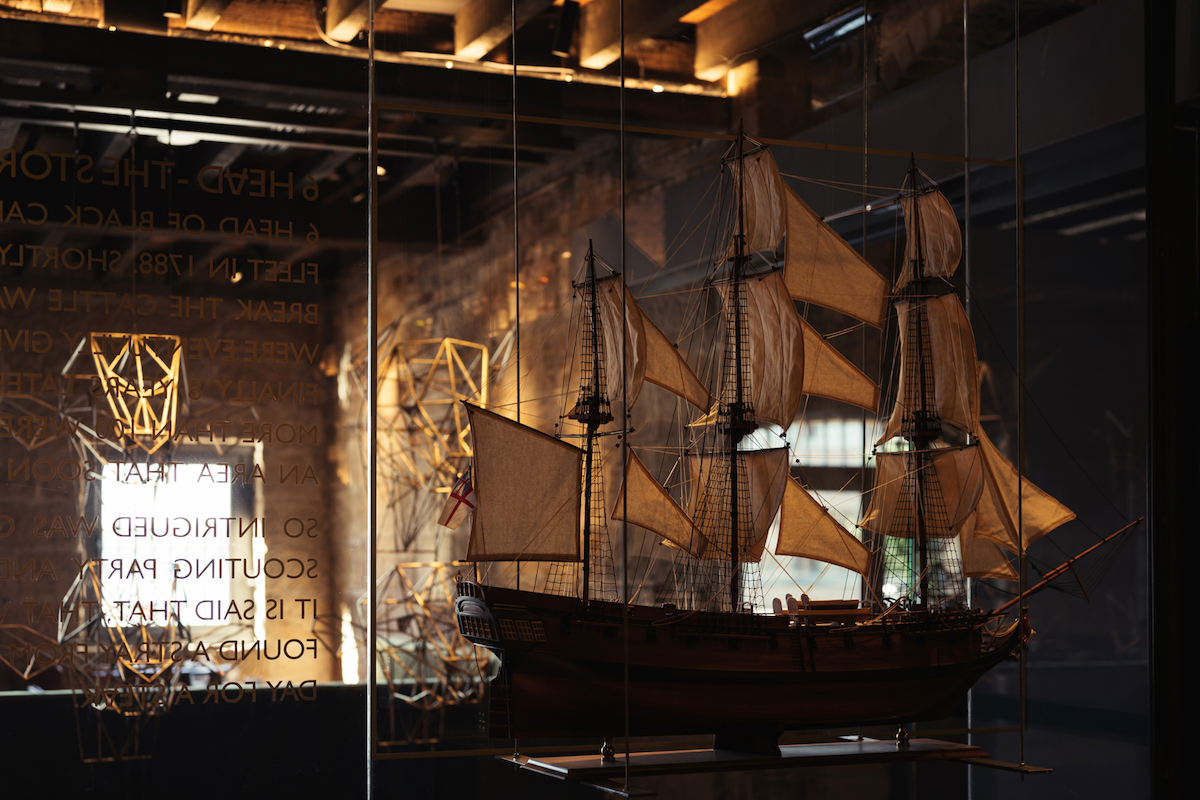 6 HEAD: the back story of Sydney’s new steakhouse

When the First Fleet made its way to Australia on its epic 252-day voyage, the ships stopped at Cape Town to take on six Drakensberger cattle. Once the two bulls and four cows had arrived on Sydney’s shores, Edward Corbett, a convict turned herdsman, was tasked with watching them.

All went well for six months, until Edward, distracted by his lunch, lost track of his bovine charges. Eight years passed and it was assumed the cattle were either dead or stolen, until a rumour reached the colony’s governor, John Hunter, that a large herd had been spotted inland in an area thought to be a wasteland.

Intrigued, the governor promptly commissioned an expedition to find out if the rumour was true. Crossing the Nepean River, his search party discovered a herd of more than 100 cattle.

After an encounter with a recalcitrant bull who, according to a report from the time “resented … unwelcome intrusion”, the expedition returned to Sydney, elated in the knowledge that Australia might be suited to cattle farming.

6 HEAD has drawn its inspiration from this tale, declaring “the story drives our team … to serve the finest steaks in Sydney”. An art installation of steel-wire cows heads in the entryway underlines both the theme and the history of the former warehouse, which dates back to 1839.

The building’s age was a challenge for the re-design, says Callie van der Merwer, the steakhouse’s designer and architect, and founder of Design Partnership.

“It was difficult shoe-horning the practical requirements of a modern restaurant into a fabric that could not be harmed in any way,” he says. “Everything we inserted followed the lines as set out by the building rather than ‘correct’ construction methods, which meant we adjusted aspects of the building later on.” 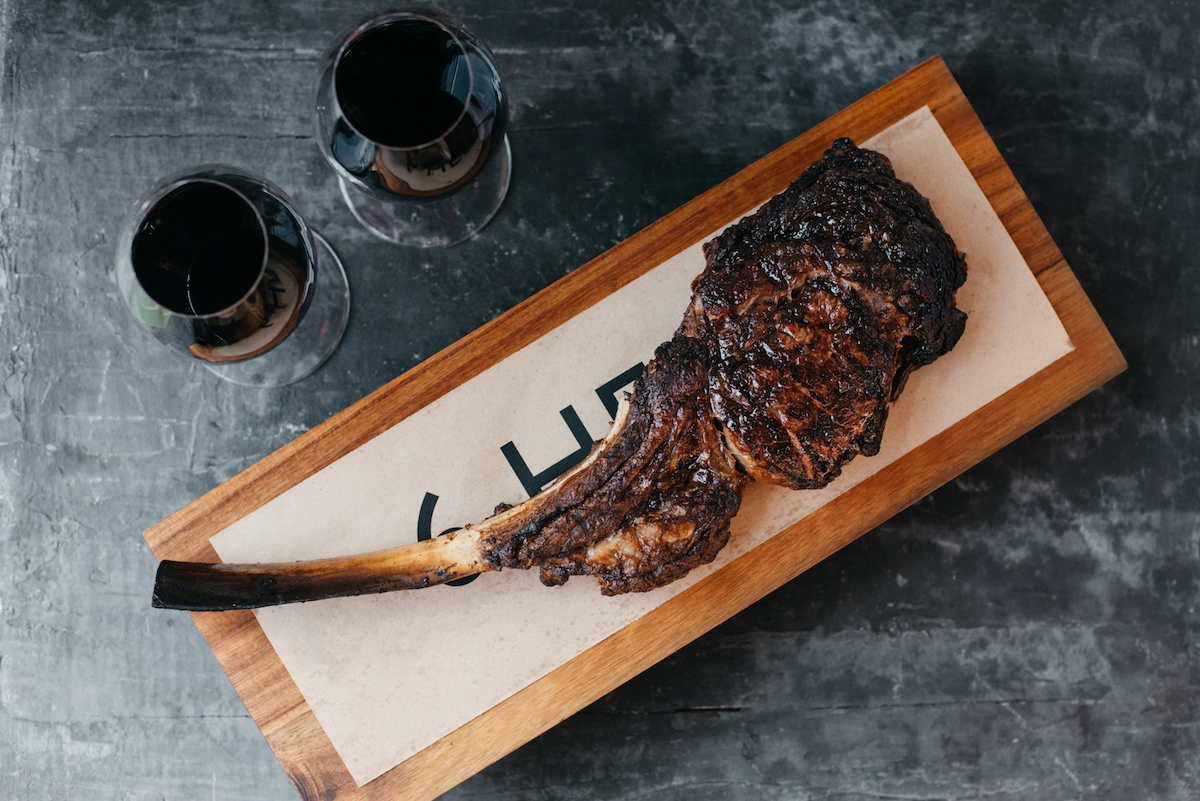 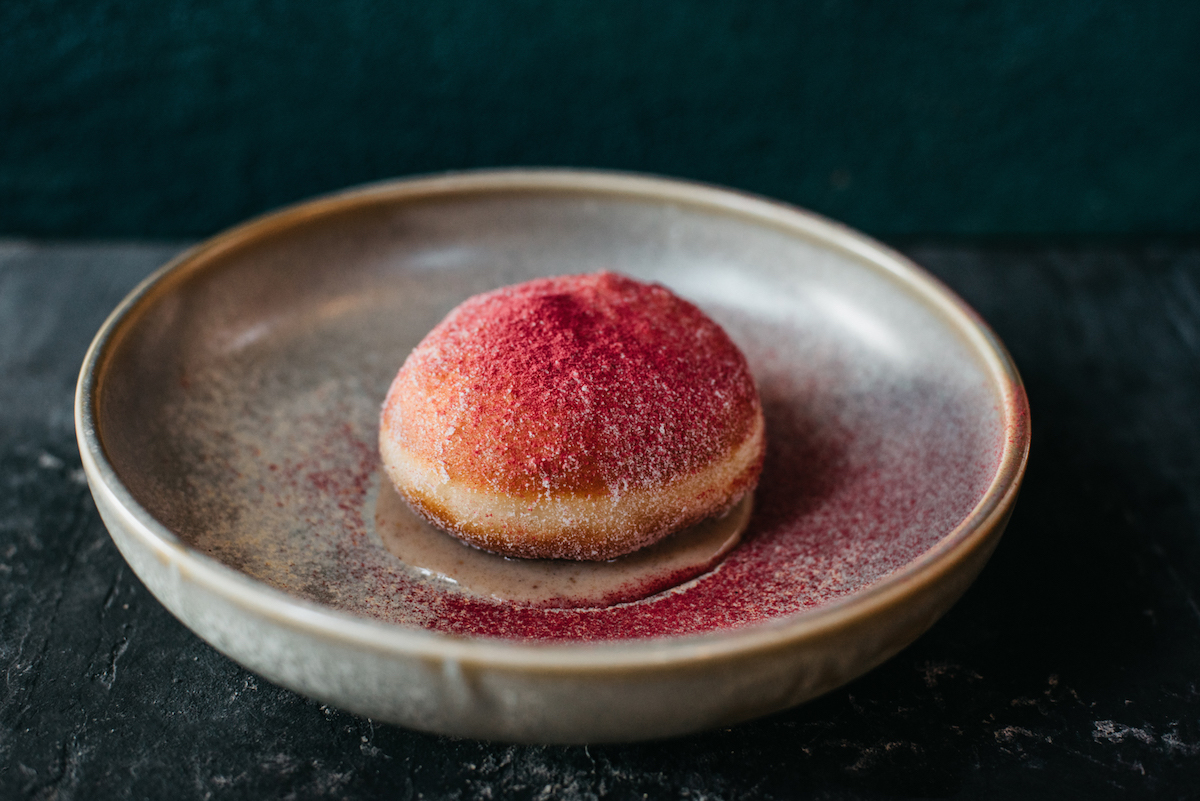 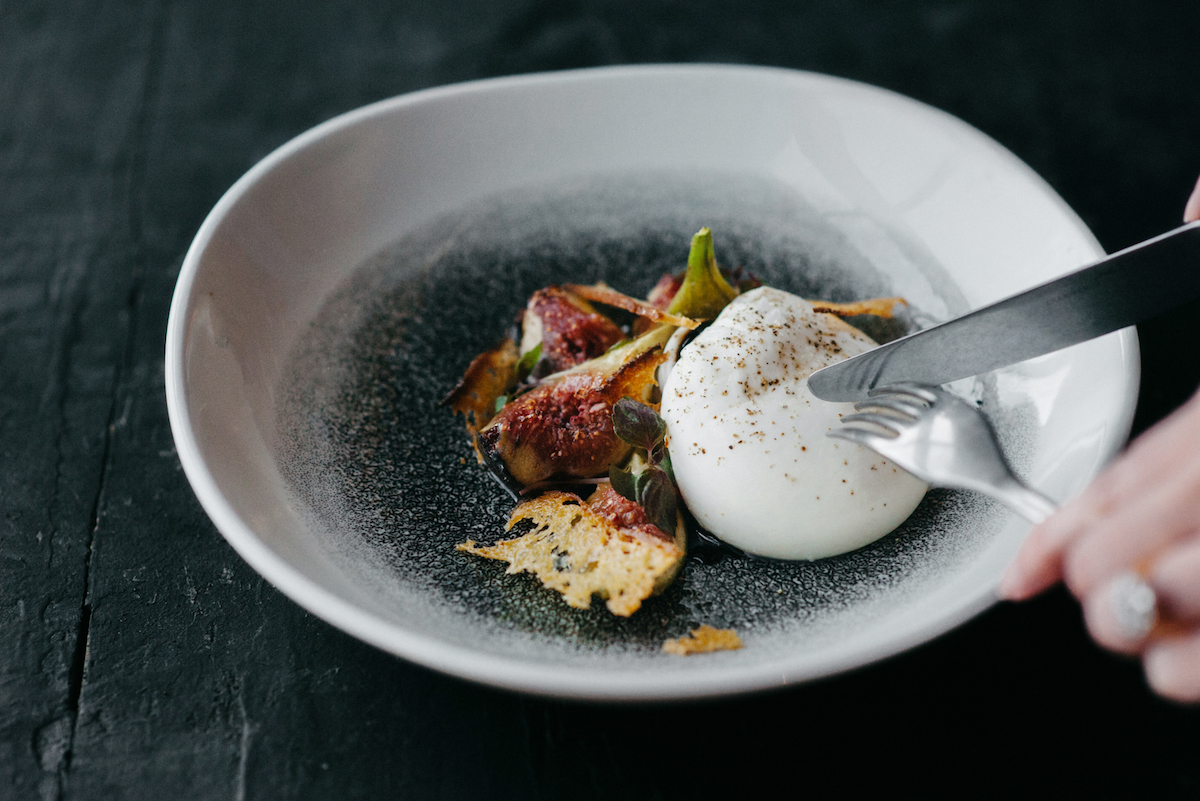 Sitting down for dinner at a table that boasts unobstructed views of the Opera House, I choose burrata for entrée, although I’m equally tempted to splurge on the braised short rib croquette.

However, the creamy cow’s milk mozzarella is served with figs and the combination of walnut and aged balsamic has an odd dynamic that leads well into my main dish, a well-done steak.

While 6 HEAD can surprise with its menu, the simplicity of its steaks is where it stands apart. “You tend to lose flavour when you add too many ingredients,” explains Sean Hall, the restaurant’s executive chef. “Cooking food in the most basic way and doing it well lets the produce do the talking.”

Raised on a cattle farm, Sean says he was taught to respect and handle livestock with care. His grandfather explained the complexities of feeding cattle at certain times to change the meat’s flavour profile.

“The breed, feed and living conditions are so important,” he says. “That’s why you need a good supplier, because their knowledge of the best product is the chef’s best ally. Really, the chef’s job is easy. We only have to handle it with care and cook it to perfection.”

Having recommended a glass of the Heathcote Estate Slaughterhouse – the perfect complement to my tender steak – his next choice of a Cane Cut Semillon brings a sharp relief to the lingering taste of my panna cotta dessert. 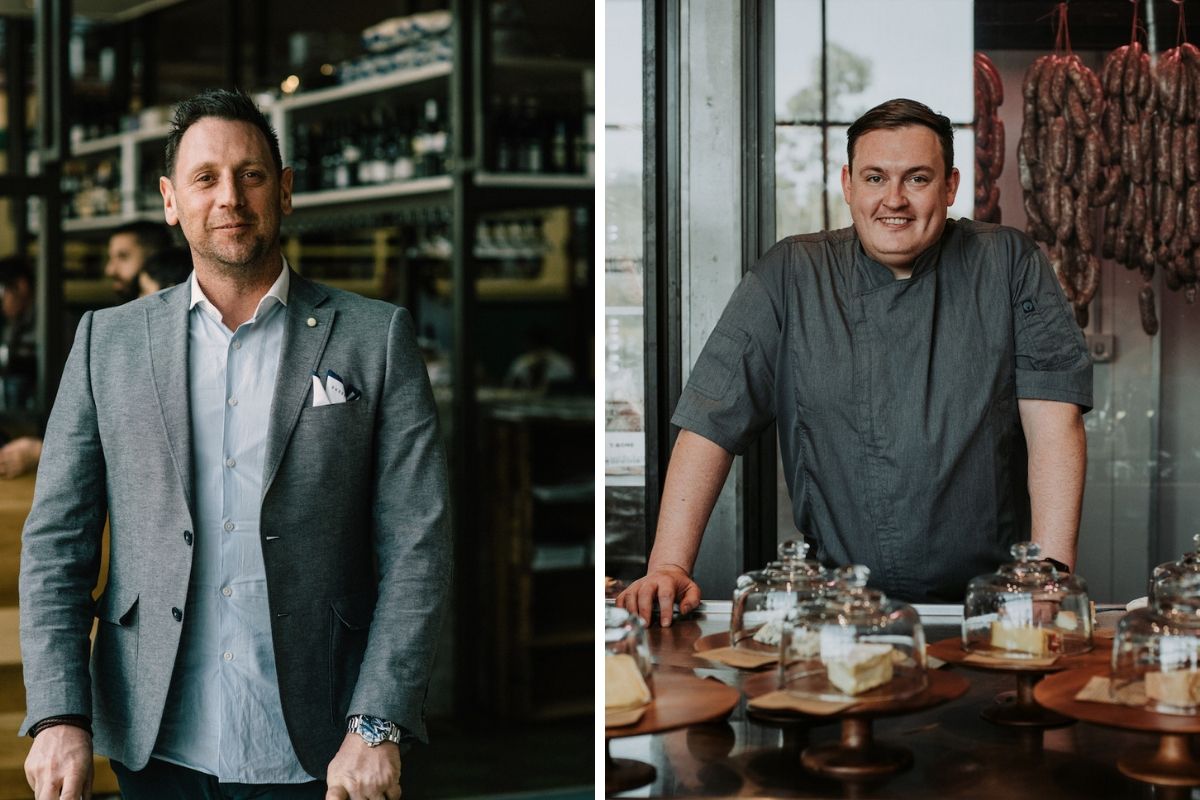 How to nail the perfect steakhouse wine pairing

Ben has decades of experience as a sommelier and offers a simple lesson for pairing wine with a meal.

“Never let the wine overpower the meat,” he says. “It needs to balance and complement. Some wines have really fine tannin that is integrated and matches with softer cuts such as an eye fillet or scotch.

“Of course, depending on your choice or cooking temperature, you can also go for a Central Otago Pinot Noir, or even a soft malbec or sangiovese. Bigger, richer cuts like sirloin or rump need a big flavour to match and that’s where you start seeing shiraz, bordeaux and cabernet blends come in, because a little acidity can cut through the fat.”

Ben freely acknowledges that people won’t always appreciate the wines he recommends. “It’s just so subjective and personal, knowing what you enjoy with your food. Pinot noir works well with seafood, as does chablis with beef carpaccio. The rules can often change though, and flavours develop over time. Why not be daring?”

It’s rare to find a venue like 6 HEAD. In design as well as in its selection of food and wine, it has created a restaurant that respects the location as much as the produce it sources.

Considering the calibre of restaurants it’s up against in The Rocks, it delivers a standout steakhouse experience.