To’ak is on a mission to influence the undervalued chocolate industry. 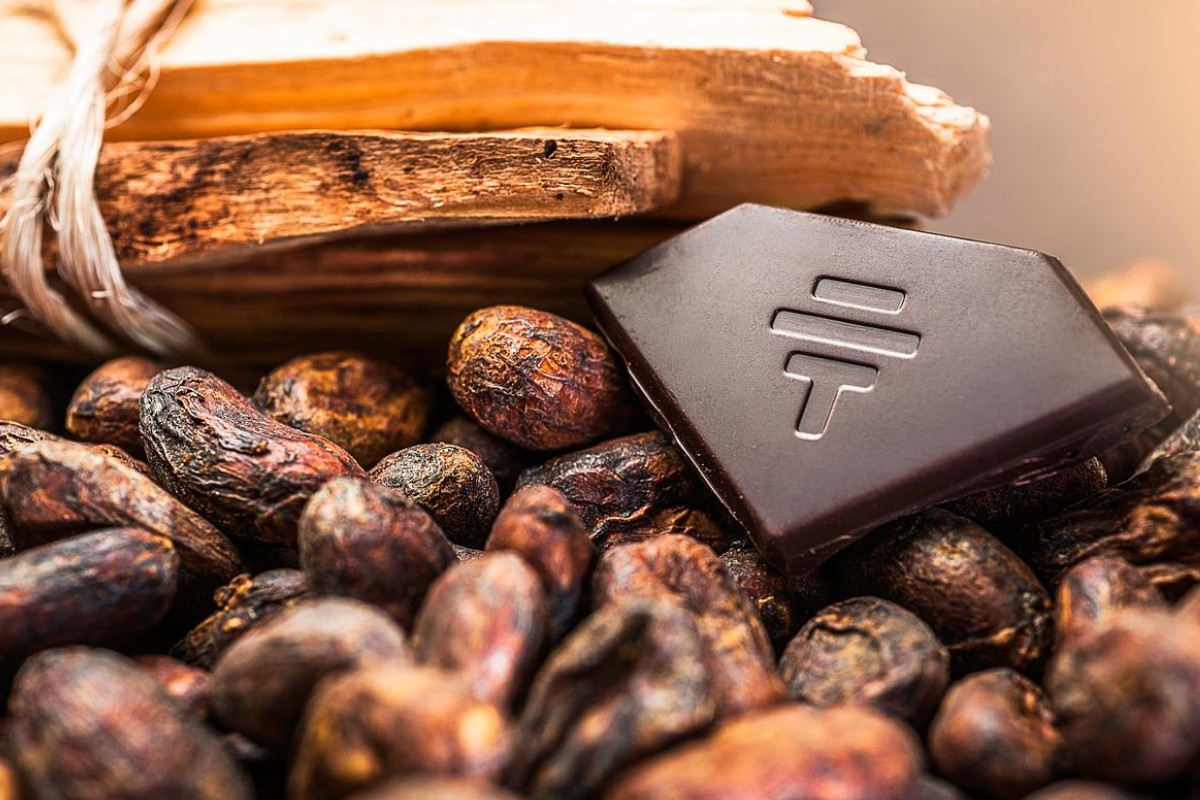 When the world’s best chocolate first arrived in Europe from South America, it was exclusively available to royal families and the noble class. Once more valuable than gold, today the regal delicacy has become a popular commodity, but to the detriment of the fine craft.

To’ak is one of the few global enterprises on a mission to influence the chocolate industry, returning the delicacy back to its historic roots.

Born from a rainforest conservation project, To’ak has bloomed into a luxury brand that not only supports sustainability and local Ecuadorian farmers but is also reviving near-extinct cacao varieties.

Sitting down with The CEO Magazine from a quaint village in the birthplace of chocolate, To’ak CEO James Le Compte explains that watching the arduous labour involved in harvesting cacao beans and creating it into a universally adored specialty is what inspired the brand’s inception.

“It’s been 100 years since chocolate was first considered a cheap sweet,” James says. “We thought there had to be a better way of doing it, so we set out to create change.

“If we were a luxury brand from Europe or even Australia, that might be noteworthy but not exceptional. What makes us unique is that not only are we a luxury brand built in Ecuador but we’re one of the few chocolate brands in the world that manages every single step of the process.”

The boutique company doesn’t just create delicious Ecuadorian chocolate; it crafts some of the most expensive and unique chocolate in the world.

Routinely charging more than US$300 for a single bar of chocolate, To’ak is passionate about transforming the 20th century perception of the sacred sweet being a spare-change candy.

“It was literally the definition of a luxury good for a couple of centuries back in the 1600s and 1700s,” James says. “It wasn’t until the industrial revolution when chocolate became commoditised as a sweet – at that point it was mass produced.

“At To’ak, we treat cacao like you would a fine wine or whisky. We really try to value the finished product by focusing on the terroir, the variety of cacao, the production process and, of course, the entire experience with the consumer.”

Hailed as being among the best chocolate artisans in the world, To’ak originates from Ecuador’s Manabí province – which is to cacao what France’s Burgundy region is to wine.

While large multinational companies smooth inconsistencies so their chocolate has the same flavour profile year round, James explains that scientifically, cacao beans have the potential to be a premium ingredient exclusive to its region, just as Champagne is to Champagne, France, and Parmesan is to Italy’s Emilia-Romagna region.

“The cacao bean has two to three times as many flavour compounds as the wine grape so when processed or treated as a fine food, it’s an incredibly complex raw material,” he says. “If you were to try your favourite wine from one vintage to the next, you would notice differences in flavours and aroma, which we instinctively know as weather conditions (terroir) – the same applies to cacao.”

Crafting the most expensive chocolate on Earth may, in itself, appear to be a challenging feat to conquer. However, the CEO says one of the biggest hurdles has been educating potential customers. Consumers don’t often question spending hundreds of dollars on a bottle of fine wine or cigars, or dropping US$10,000 on whisky. But when it comes to the best chocolate, people expect to pay a few dollars, nothing more.

“Convincing customers there is a place for a luxury chocolate brand to exist has been a challenge,” James says. “Challenging perceptions the target market has with a particular segment has been one of the biggest hurdles.”

On top of re-educating consumers, the Australian executive said establishing a luxury brand based in a developing country hasn’t been easy.

“Red tape, bureaucracy, in-house training – are some of the challenges to navigate when building a luxury brand in Ecuador,” James says.

The US makes up about two-thirds of To’ak’s biggest markets followed by Europe, Asia, Australia, Canada and Switzerland.

Launching a traditional boutique typically requires a bricks-and-mortar store with face-to-face interactions but, being based in Ecuador, chocolate connoisseurs have had to get a taste for the luxury product in other ways.

“Experiencing the brand in first person was out of the question for us when we started, and it’s still a little way off,” James says. “Building the brand through ecommerce channels was the only way we could really start. It has actually been a bit of an advantage with the COVID pandemic.”

Although there was positive momentum in expanding its distribution channels through fine food stores globally in 2019, COVID-19 has since suspended this growth path. However, it did allow the brand to further amplify its digital presence.

“It didn’t take us long to double down on our digital marketing efforts and we’ve actually seen really significant growth since the initial shock of the pandemic,” James shares. “We’ve seen triple-digit growth in online sales from the same time this year to last.

“We feel really fortunate that we’ve been able to weather it and become stronger than we were the same time last year.”

What defines the best chocolate? About 95% of beans are harvested globally and are considered bulk cacao which are used by popular chocolate brands. The remaining 5% of cacao is considered fine flavour and is used by artisan chocolatiers.

“If you’re using what’s referred to as fine flavour cacao, then you actually want to do as little as possible to the beans in the processing stages and production of the chocolate because you want to really highlight what makes that particular bean unique,” James explains.

At To’ak, each chocolate bar is numbered and their Origin Bars are packed in handcrafted wooden boxes. The golden touch: a single roasted heirloom cacao bean personally selected by the co-founders as a reminder that the decadent treat is derived from the fruit of a tree.

How the best chocolate is made 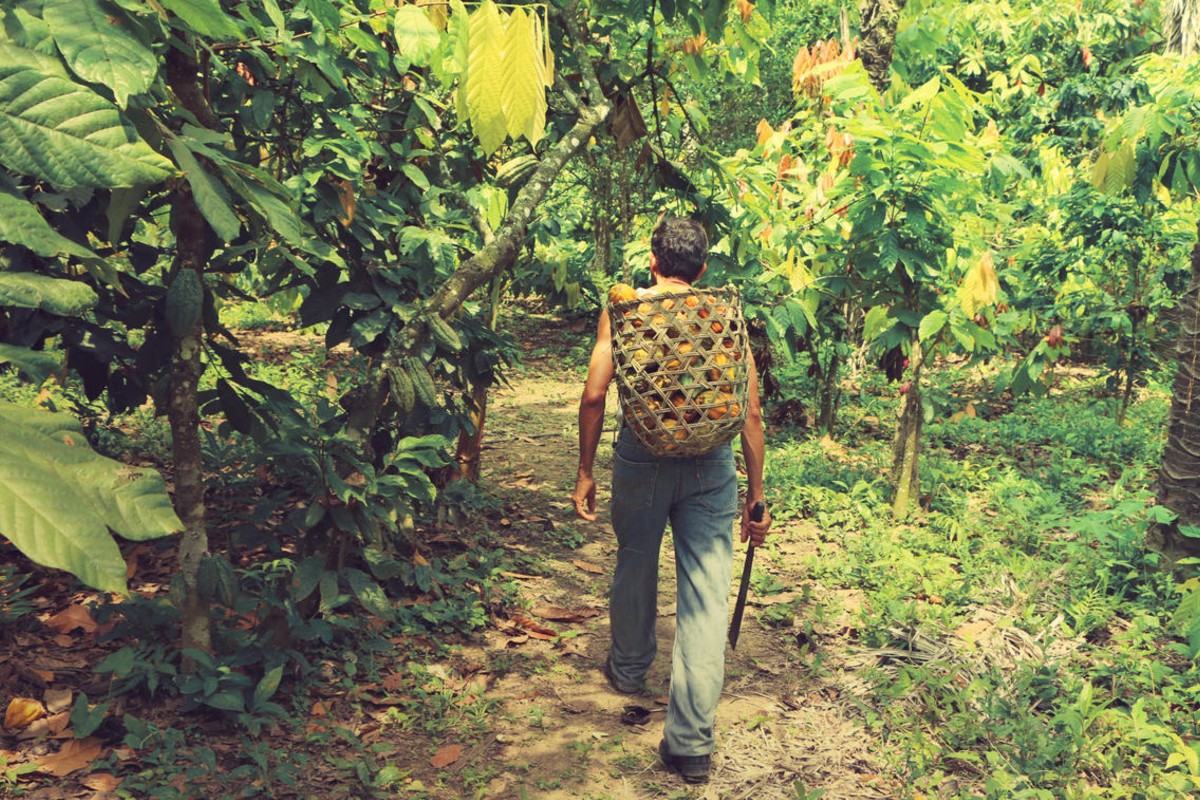 Initially crafted by hand in a bamboo house (with no electricity) above the tropical rainforest, To’ak first came to life when Co-Founder Jerry Toth learned how to make drinking chocolate from groves of old cacao trees abandoned by his neighbours.

After years of honing his passion, Jerry collaborated with Carl Schweizer, Dennise Valencia and Servio Pachard to change how the world experiences dark chocolate.

Just seven years after its inception, the process of creating some of the world’s best chocolate is still being carried out in Ecuador.

“We harvest the beans alongside the farmers to manage the post-harvest process, which is fermentation and drying of the beans, and produce the chocolate and work with local artisans to produce the packaging,” James explains.

Touted as being a tree-to-bar chocolate maker, To’ak uses the techniques embraced by wineries and whisky distilleries while practicing dry farming – a method used to express the terroir and varieties of each crop, which depends on weather. 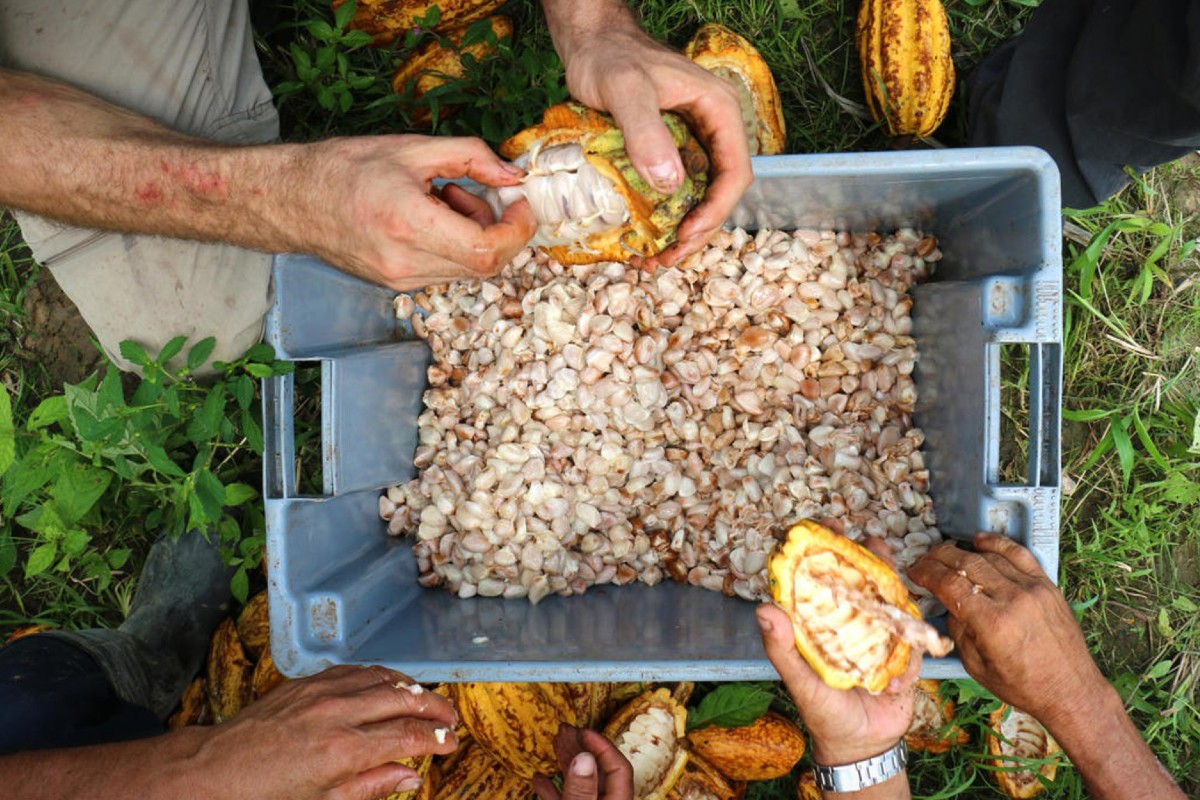 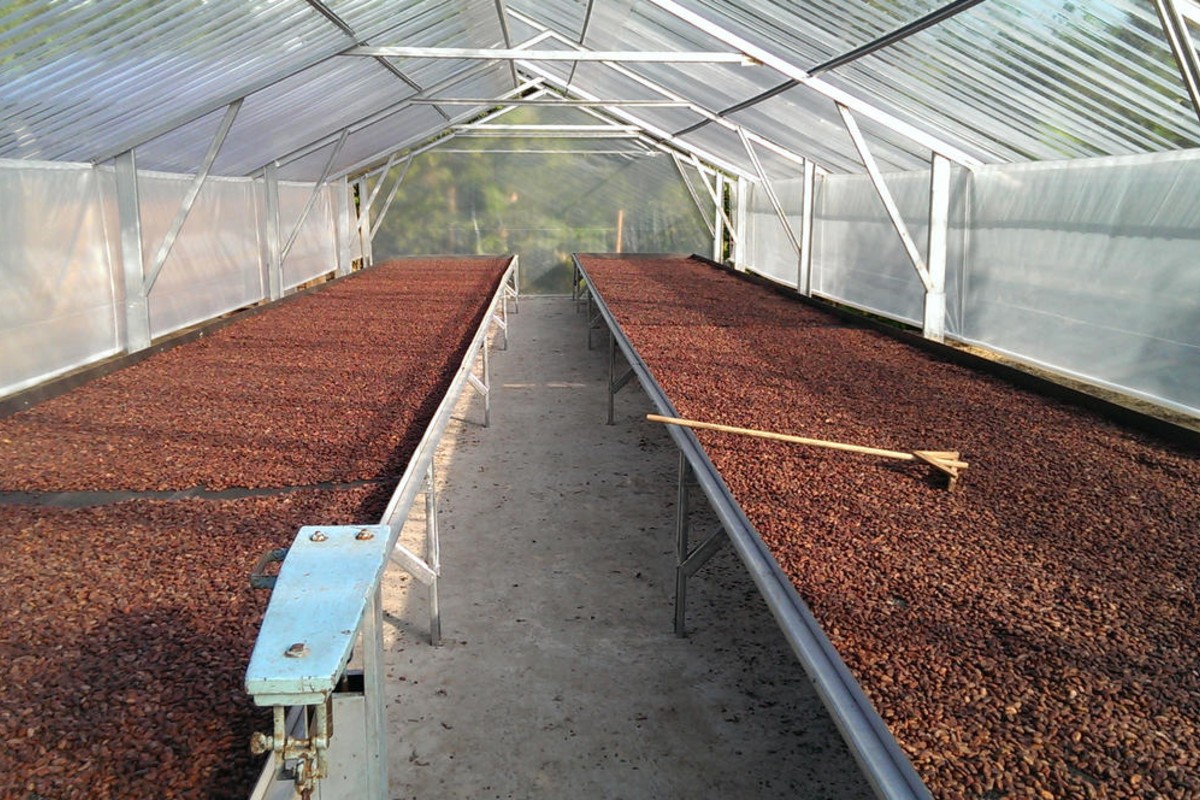 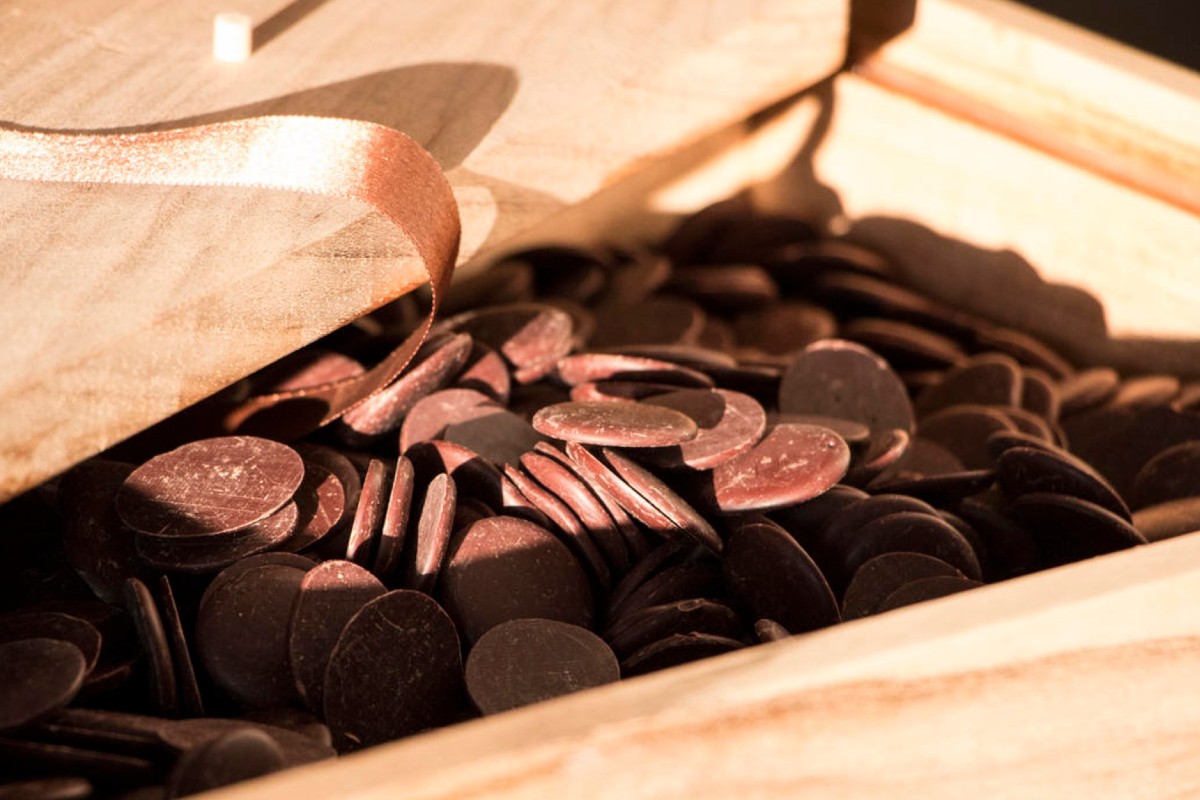 Fermentation in Spanish elm wood bins follows the refined ageing process. This breaks down unwanted tannins to mute any bitterness and release the subtle flavours of cacao.

From there, To’ak dries the beans in a greenhouse using fresh air and sunlight. The precious morsels are then roasted, de-shelled and ground into nibs.

Typically, the chocolate making process is finished by grinding the nibs even further before liquifying them and adding sugar.

For the inventive creations To’ak is pioneering, some of its chocolate is molded into coins and put inside the barrels to change the overall flavour. Bourbon casks from the US and whisky casks from Scotland are among the unique barrels infusing the cacao butter within the coins.

“We’ve got chocolate that’s been ageing for up to seven years in different casks and barrels,” James shares. “Over that time, it gradually takes on the aroma and it creates a complementary flavour experience.

“It’s not like eating chocolate that has a whisky or rum filling; it’s much more a marriage of flavours. It becomes an experience that melts in your mouth.” 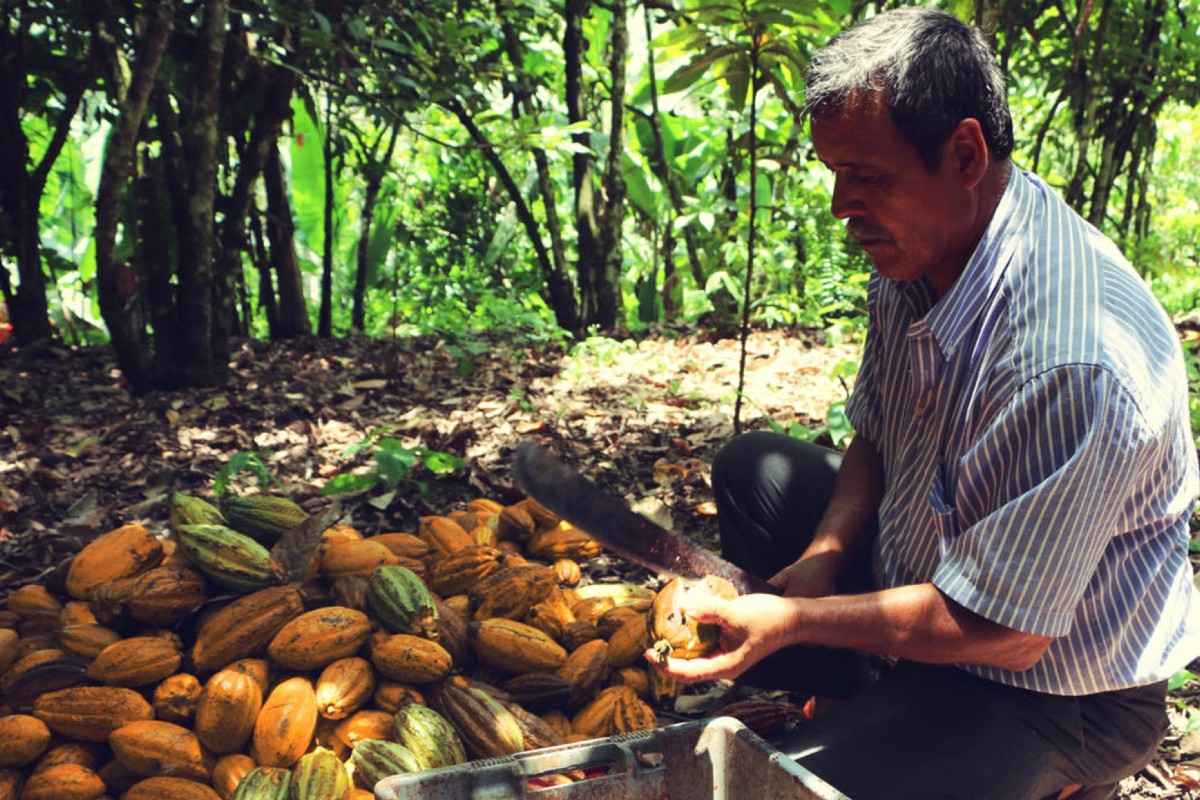 The best chocolate may be considered a guilty pleasure, an indulgence for sweet occasions or a rare gourmet treat, however, To’ak offers much more than simply a mouth-watering delight.

Through working hand-in-hand with local farmers in Piedra de Plata, the chocolatiers are able to support entire communities from the cacao-farming process, fermentation and right down to packaging the final product.

“We have quite a close relationship with the farmers we source cacao from,” James says. “We support them by paying the cost of the organic and fair-trade certification.

“We pay between three to eight times the local market price for the cacao we buy from them.

“Those prices we’re able to achieve in the market mean we can have a trickle-down effect for the farmers and pay them the highest prices in Ecuador, if not the highest worldwide.” 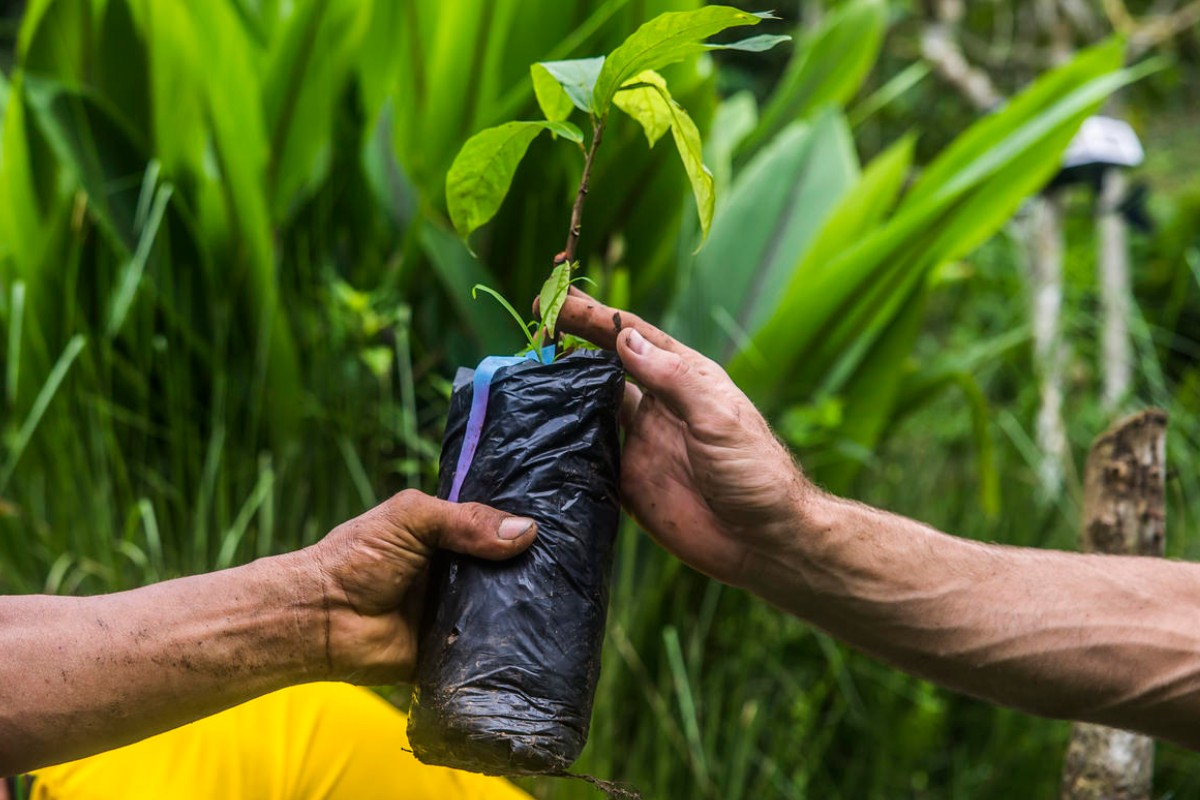 In crafting its signature chocolates, To’ak is also playing an incredible role in reviving an almost extinct cacao variety.

Working alongside a local non-governmental organisation, the company sent leaf samples to US laboratories that identified the mother trees were 100% pure Nacional, a rare variety of cacao bean. From there, they established a genetic bank through graftage.

“The first couple of years we tried to propagate the cacao we weren’t successful,” James tells The CEO Magazine. “We had to teach ourselves how to correctly graft cuttings and how to inject the cutting into the root stock.

“It’s kind of like a basic form of surgery because you’re joining two living organisms and want them to get along nicely and survive.”

Within a few years, the young heirloom trees of the world’s oldest and rarest cacao variety will be able to reproduce dozens of pure Nacional seedlings for local growers to nurture.

“It is on the brink of extinction in Ecuador,” James shares. “We traced its genetic lineage back more than 5000 years to the earliest varieties that were harvested by communities and ancient cultures in Ecuador.

“Ultimately, the goal is to return them to Ecuadorian cacao farmers as an ultra-premium variety they’re able to receive a premium price for.” Generic chocolate on supermarket shelves is made from less complex cacao beans.

To create a signature chocolate bar consistently all year, conglomerates blend an array of cacao beans and additional ingredients, tweaking the overall notes of the raw material.

“Most big chocolate companies work incredibly hard and invest a huge amount of money and effort to iron out the natural inconsistencies you find in cacao,” James says. “They blend cacao from a range of different origins to a group and then they might over roast the bean to lose the more subtle flavour distinctions.”

By contrast, the best chocolate made by artisan chocolatiers consists of fine cacao beans that have been carefully treated to highlight the individual aromas and notes.

“The more chocolate we can share with chocolate lovers around the world, the more cacao we can buy from farmers at the best prices,” James explains. “It has a really positive impact on the community level, and it also means we’re playing our part in educating consumers in what chocolate can be when you treat it like a fine food.”

As the CEO of the world’s most expensive chocolate company – perhaps every child’s Willy Wonka-inspired dream job – the pressing question remains: can you ever have too much chocolate?

“You can eat too much in one sitting, but you always go back,” James laughs. “It’s like a chemical reaction with our brain and our heart. Chocolate is something we always have room for.”

These are the world’s most expensive chocolates to indulge in.