Bottoms up: Drink your way through this list of the world’s best watering holes

Celebrating the top players in the international drinks industry, The World’s 50 Best Bars 2018 ranking has revealed London as one of the ultimate drinking destinations. 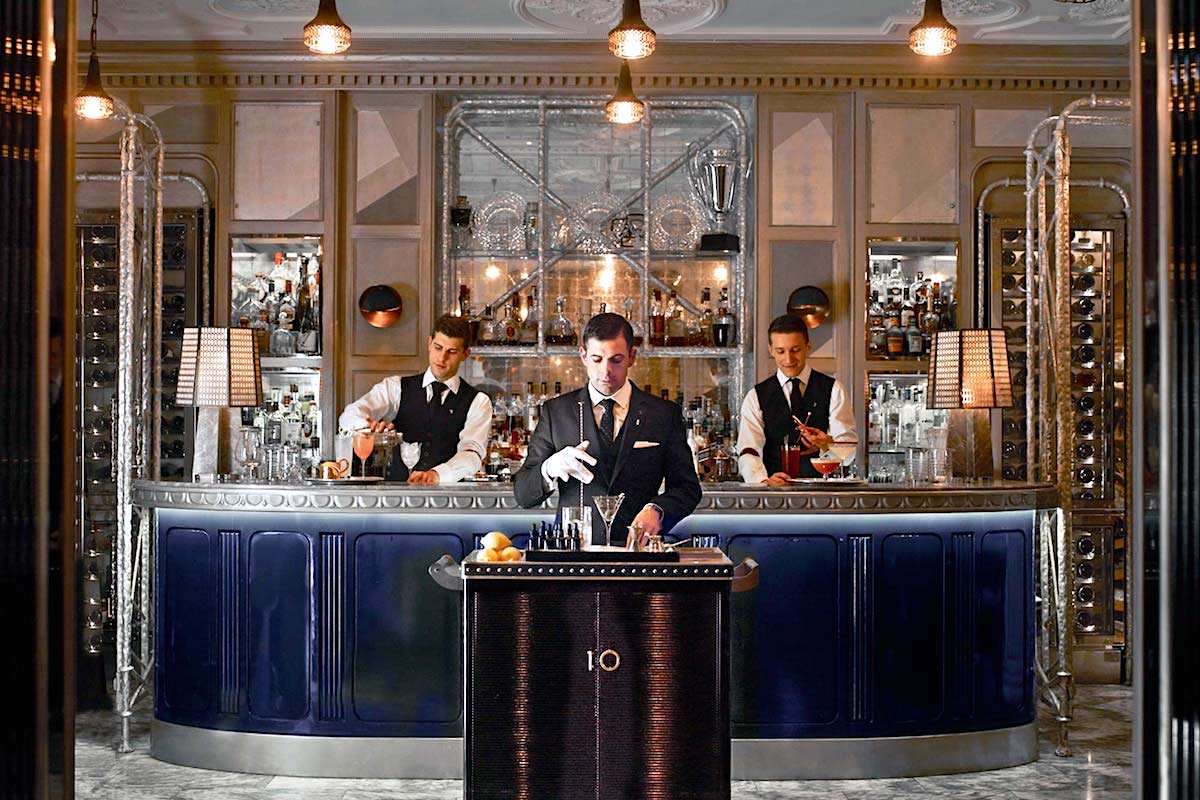 When it comes to world-class watering holes, London has become unbeatable – home to 10 of The World’s 50 Best Bars of 2018.

This year celebrating its 10th anniversary, the prestigious awards are based on the expert opinions of more than 500 drinks connoisseurs from around the globe, and shine a light on the most innovative and creative developments in the cocktail world.

Sister to The World’s 50 Best Restaurants, the 2018 list saw 10 new entries and two re-entries, celebrating bars from 26 cities across 20 countries. The UK and US dominated the competition, each home to 10 bars listed in the top 50.

While Peru’s Carnaval Bar received the One To Watch Award, Oslo’s Himkok Bar was awarded the Sustainable Bar Award and 29-year-old Joe Schofield was named the Bartenders’ Bartender. The deserving winners were announced at a glittering awards ceremony at Roundhouse in London in late 2018.

Since making its debut in 2014, Dandelyan at Sea Containers (formerly the Mondrian London Hotel) has become one of London’s most Instagrammable watering holes and last year dethroned American Bar as number one in the world.

Dandelyan was crowned number one just days after Chetiyawardana announced that it would close in 2019 to pave the way for something bigger and more experimental.

At 126 years old, Britain’s oldest surviving cocktail bar, The Savoy’s American Bar is led by a dynamic team that follows in the footsteps of three of the world’s most famous bartenders: Ada Coleman, Harry Craddock and Peter Dorelli.

Each cocktail on its innovative menu – titled ‘Every Moment Tells a Story’ – draws inspiration from one of the 20 iconic black and white celebrity portraits by British photographer Terry O’Neill.

The photos include the likes of Judy Garland, David Bowie, Elizabeth Taylor and Dudley Moore, and have adorned the walls of American Bar since the 1980s. This famous bar is housed within The Savoy, which received a 5-star rating in the Forbes Travel Guide 2019.

Titled ‘Eras of New York’, its meticulous cocktail menu takes drinkers on a journey through five eras in the history of the Big Apple, with all drinks crafted from the world’s first in-hotel rickhouse and paired with gourmet bar bites.

Guests can indulge in an adults-only Sunday Cocktail brunch – complete with a decadent Boozy Milkshake Station – or work their way through Manhattan’s American Whiskey Embassy collection of more than 200 bottles of bourbon, rye and craft whiskey.

Listed in The World’s 50 Best Bars top 10 for the third consecutive year, The NoMad Bar is best known for putting a modern twist on the classic cocktails you’d find in a New York City tavern.

Award-winning Bar Director Leo Robitschek has introduced a range of large-format drinks and reserve cocktails made from rare spirits, as well as sought-after wines and beers.

Guests can take their drinks into all rooms of The NoMad – from a table in the stately Parlour, to a seat by the fireplace, or a comfy leather armchair in the eclectic two-level library.

Under the watchful eye of award-winning master mixologist Agostino Perrone, Connaught Bar has been listed in The World’s 50 Best Bars for nine years straight, last year earning the Legend of the List award.

While the innovative new menu is a must-try, you can’t visit Connaught Bar without ordering a tipple from its iconic Martini Trolley – whether you take yours light or with a twist.

These are the other exceptional bars that made the top 10:

While you’re checking out these exceptional watering holes, be sure to stopover and sample the fare in the world’s top Michelin-starred cities.