The rise of craft beer in Croatia is a revolution and breweries such as Bura Brew, The Garden Brewery and Pivovara Medvedgrad are thriving as they lift the nation’s beer standard to world-class. 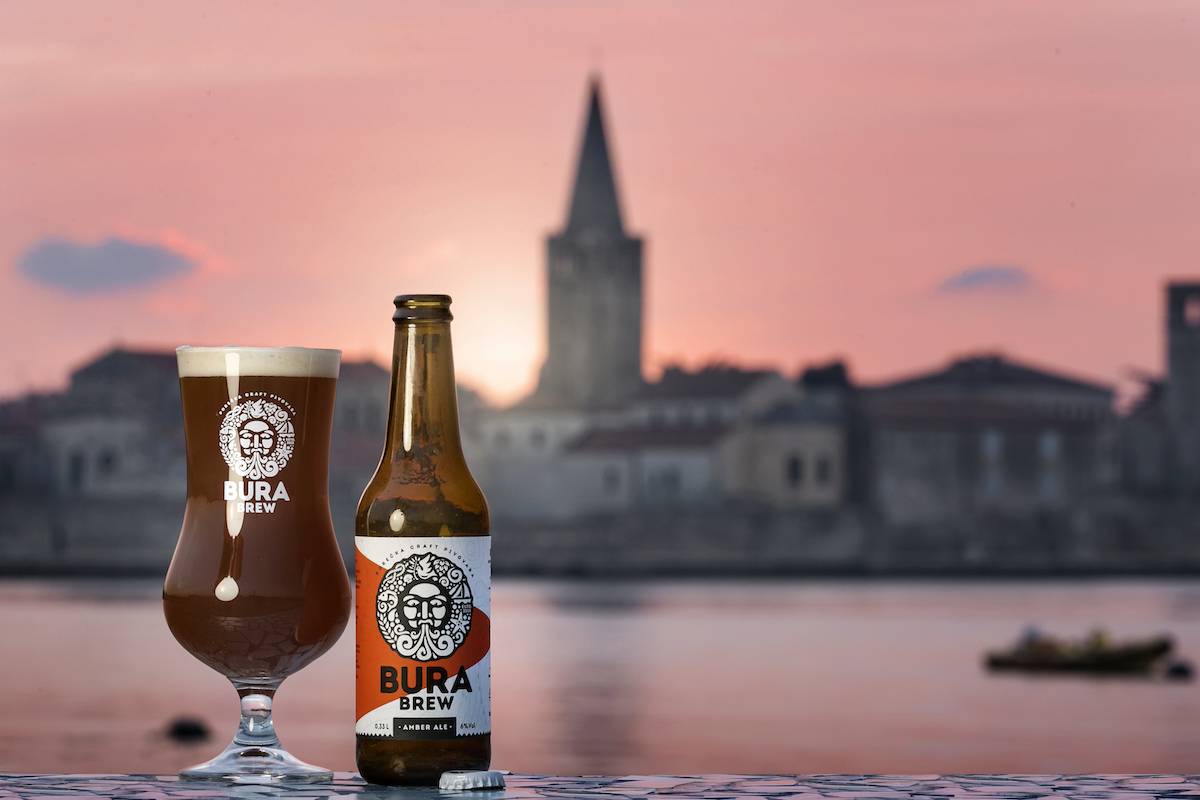 Over the past five years, Croatia’s craft beer sector has boomed. The market has gone from a handful of names to more than 60 craft breweries across the country – all aiming to raise the image and value of the beer sector. “It’s a revolution,” says Alessandro Zecchinati, co-owner of Bura Brew, named after the famous strong wind that sweeps the Adriatic Sea. “People are fed up with flat-tasting beer and bad quality food.”

Croatia’s beer sector, although more than 90% of all beer sold in Croatia is produced domestically, is dominated by the big six, which includes Ožujsko and Karlovačko. More than 90% of revenue is shared among the leading players. However, change is in motion.

Pioneering microbrewers – wanting to add a twist to the national beer culture they love – are gaining momentum and popularity. The craft beer movement started between 2013 and 2014 in Croatia.

Considering how young it is, it has a good slice of the market. “However, this slice is still small. There is much work to do to introduce craft beer to more people,” Alessandro says.

“Making beer is the last part of the business. It’s the most important part, but it’s not the only one. A brewer must be an entrepreneur.”

Situated in Poreč, a town on the western coast of the Istrian peninsula, in Istria County, Bura Brew is managed by Alessandro, Claudio Rossi and Veronika Beckers. “I worked as a lawyer in Milan before moving to Dublin and working in IT for eight years,” he says. “I met Veronika in Dublin. She was working with Expedia. My friend Claudio was working in Milan as an architect and his hobby was making beer at home.”

While in Dublin, Alessandro was living close to the famous brewpub Porterhouse, which had a significant influence on his beer experience and taste. After much discussion, the trio decided to give up their jobs and move to Poreč. “In Poreč we established our brewery. Beer has always been our passion – tasting and brewing,” Alessandro explains.

He says running a brewery means you are running a company. “Making beer is the last part of the business. It’s the most important part, but it’s not the only one. A brewer must be an entrepreneur.”

Alessandro agrees that the craft movement is expanding rapidly in Croatia. “New breweries are seeing the light every year. People are seeking good quality beer,” he says. “There is a demand. However, the industrial beer is mighty and it’s not easy to compete.” But beer lovers are moving with the change by actively seeking the unique flavours and quality that craft breweries are known to produce. 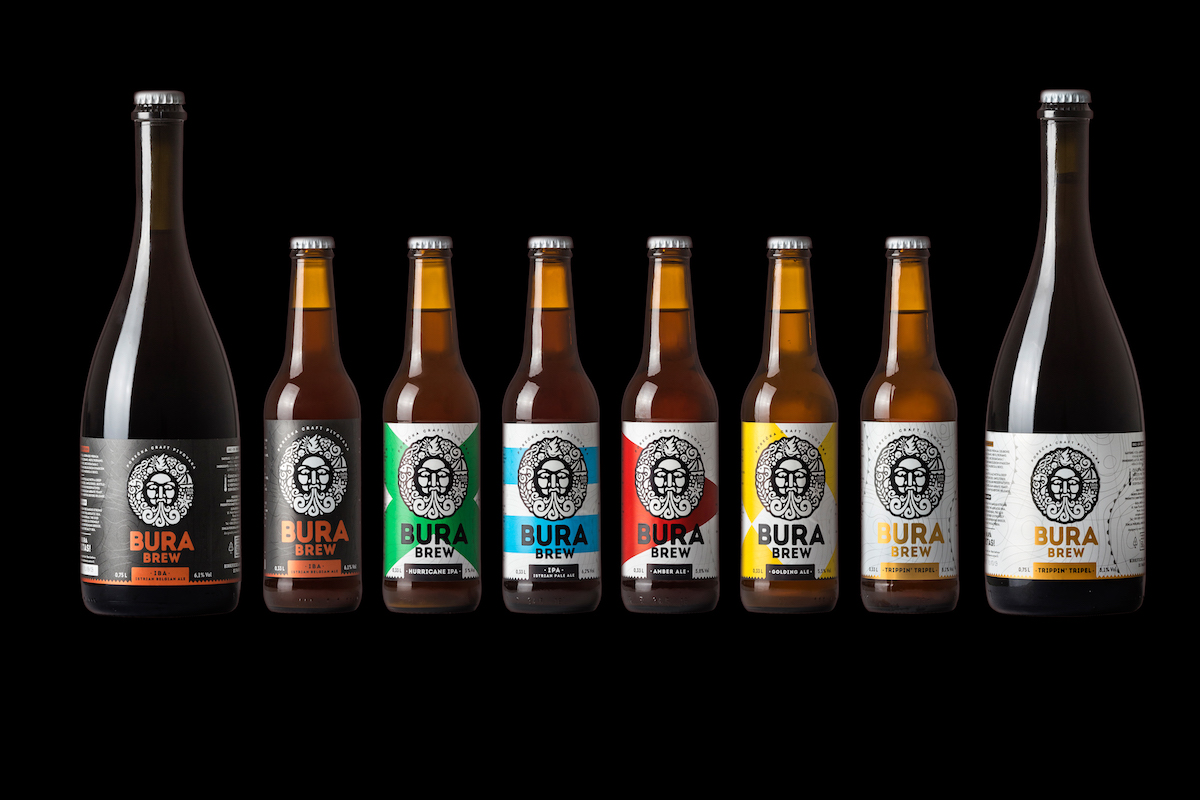 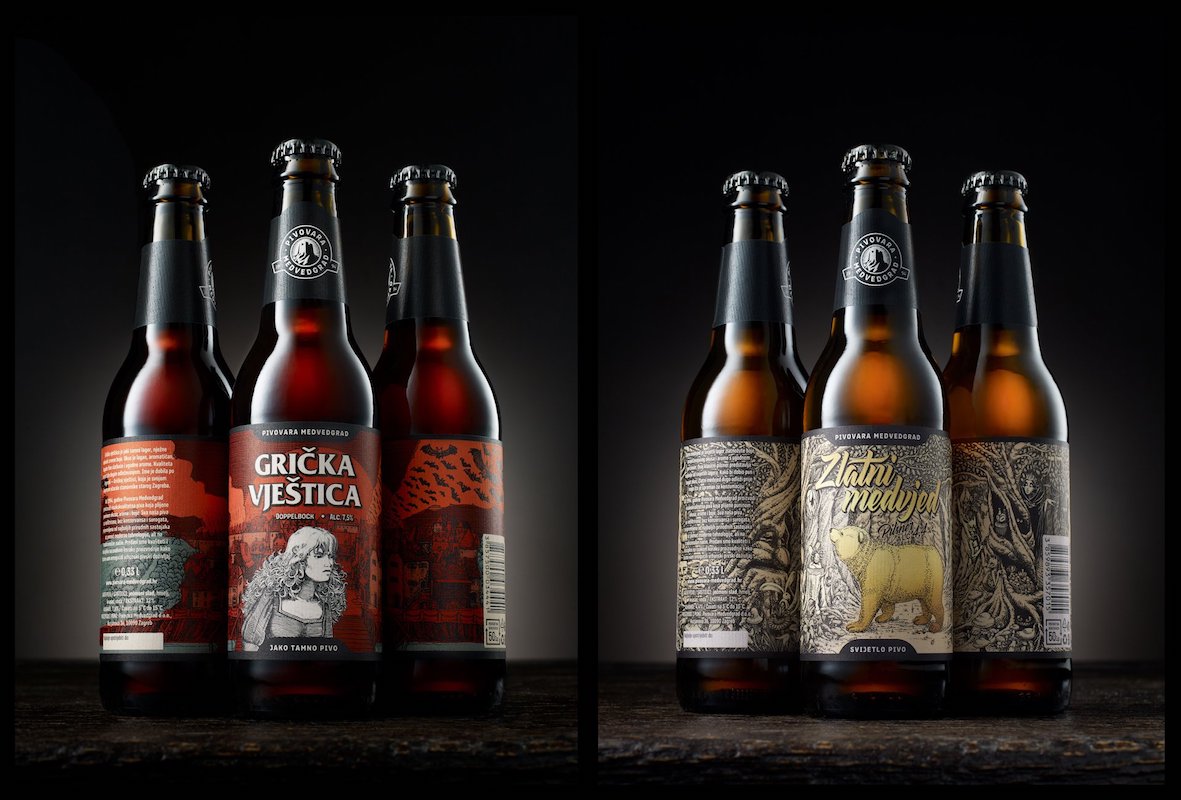 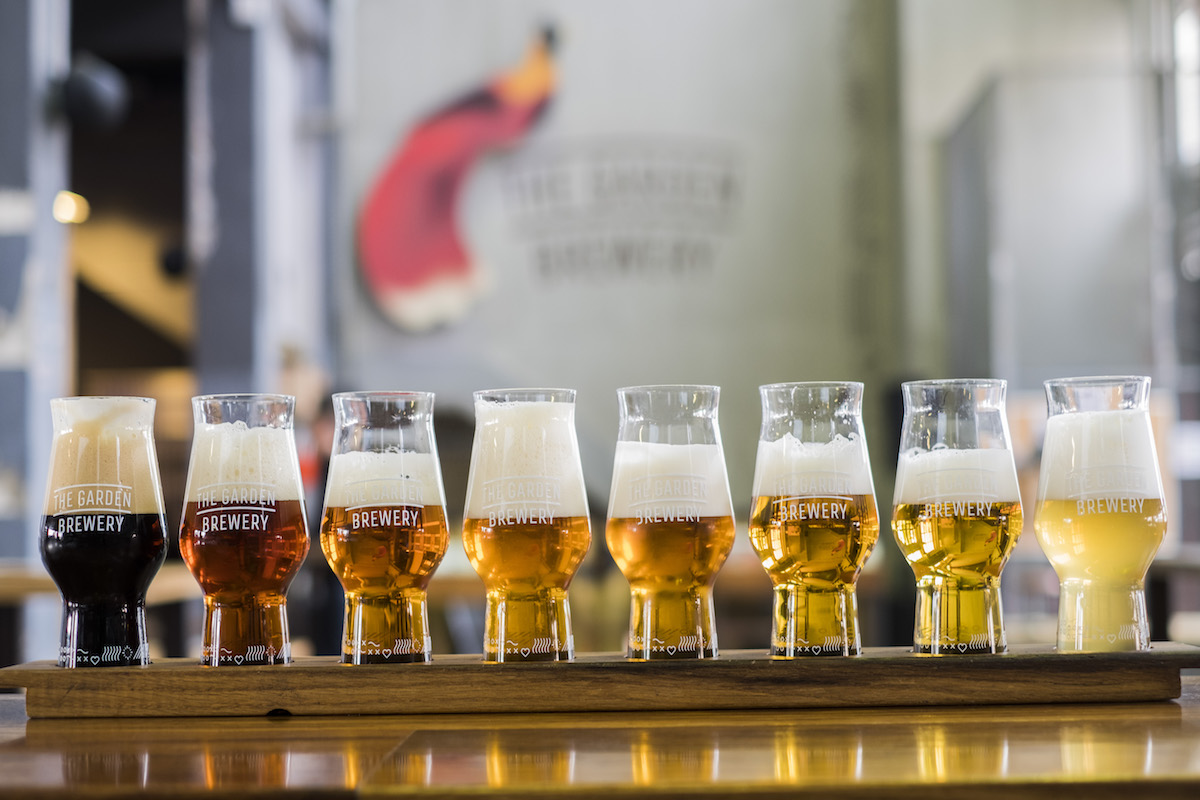 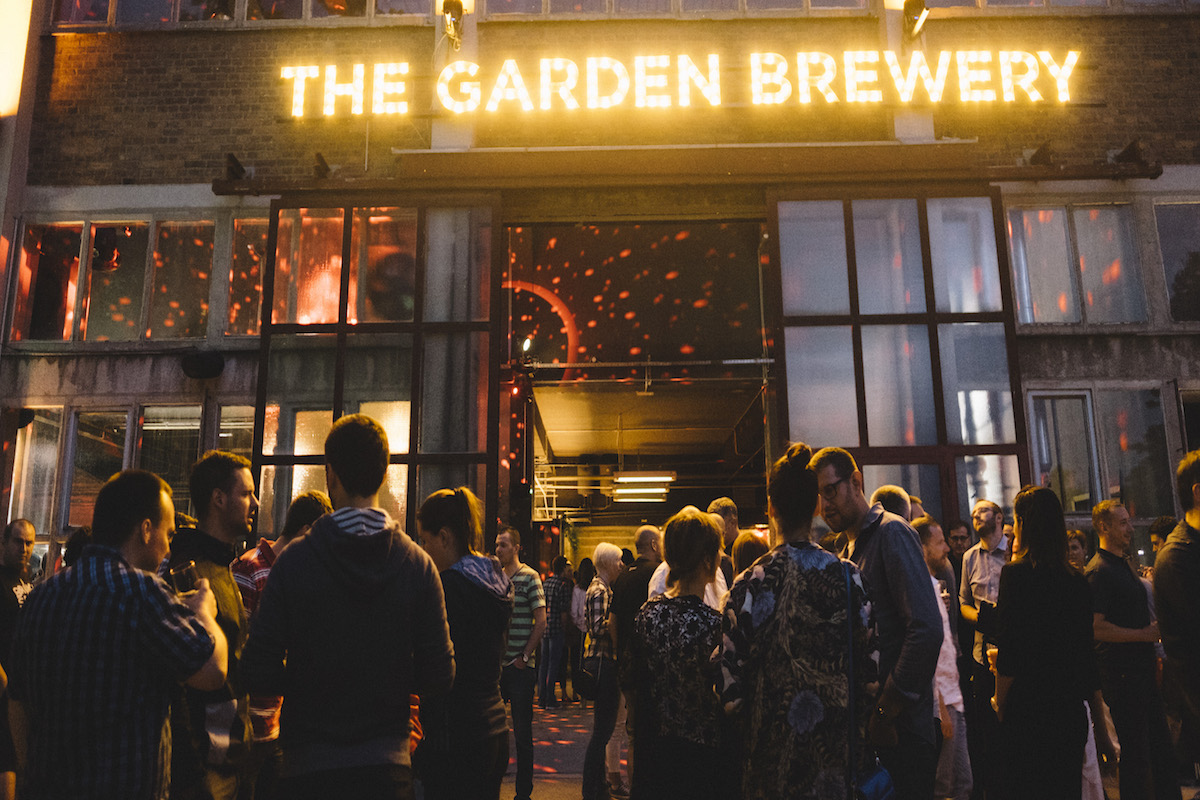 UK expat and Director of The Garden Brewery, David Plant says the stereotypes that were associated with craft beer are beginning to fall away.

“Craft beer was deemed to be a small operation run by two people – usually, men with beards – in a garage,” he says. “People have realised that craft is about quality and innovation as well as stability and consistency. Some of the best craft breweries are also significant in size.”

Locals are beginning to see all that craft beer can offer. David says, “The product is better, the choice is better, and the distribution and availability are better. A craft beer range is expected at any serious bar or restaurant, and this will only increase. It’s also now firmly respected with gastronomes, alongside wine.”

“I needed to make something real, something tangible. Combining creativity, science and business in craft beer is a joy. It’s a brilliant industry full of iteration and innovation with an almost open-source attitude to cross-industry improvement.”

David had been thinking about starting a craft brewery for a while and in 2016, the idea became a reality. “I always knew I’d end up here. I studied brewing as part of my biotechnology degree in the UK, played with homebrewing in my teens, loved craft beer and had friends who worked in the industry.”

Before opening The Garden Brewery, David owned a media/publishing company. Although he appreciated the opportunities, he says something was missing “on a basic human hindbrain level”.

“I needed to make something real, something tangible. Combining creativity, science and business in craft beer is a joy. It’s a brilliant industry full of iteration and innovation with an almost open-source attitude to cross-industry improvement.

“After educating myself, I approached a friend who had set up and ran several award-winning music festivals in Croatia. He told me festival-goers, who came from all over Europe and beyond, were asking for craft beer. So we decided to go in together and make great beers for Croatians and the millions of tourists who come every year,” says David. 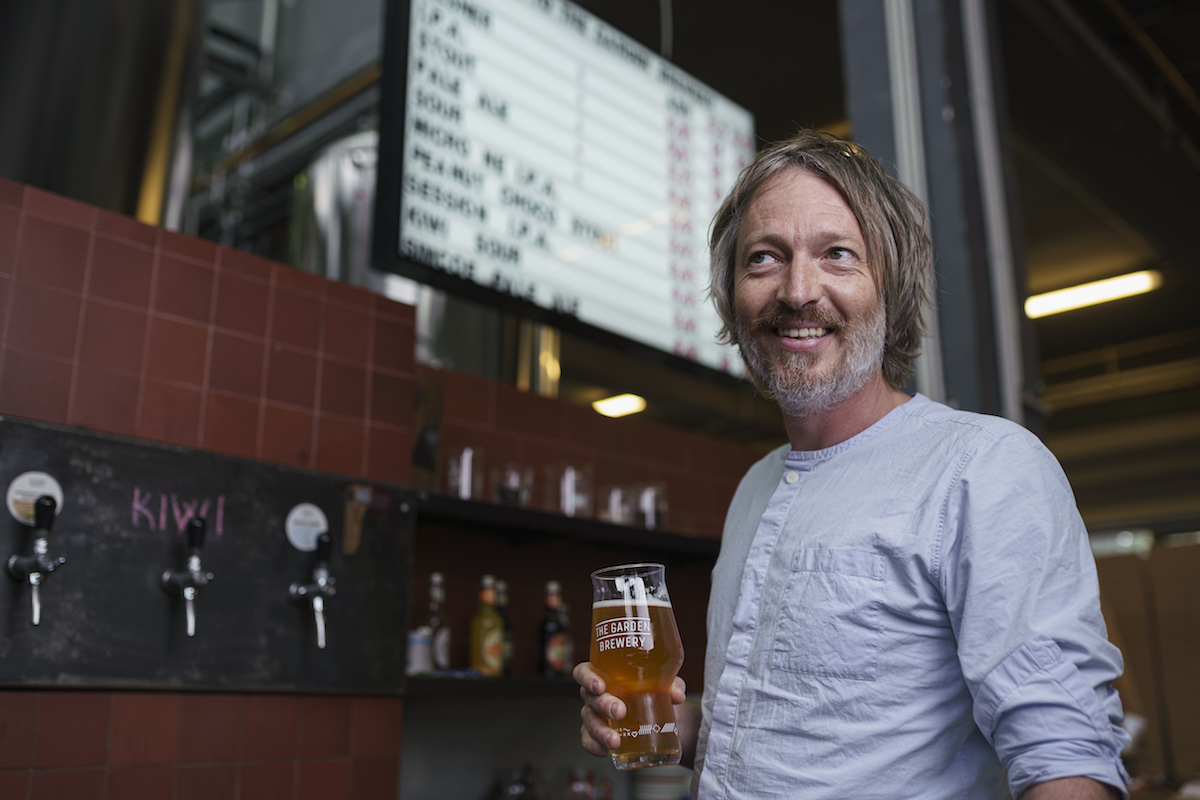 In the past few years, the variety of styles has grown exponentially. David says The Garden Brewery was the first in Croatia to brew sours as well as single-hop pales, milkshake IPAs, triple IPAs and New England IPAs. There’s also been a shift from bottles to cans, which is better for the beer and the environment.

The industry is part of a growing independent craft scene, which is showing that companies who start small and innovate can rise quickly, giving confidence for others to follow.

“It’s rare for Croatian products to be exported. Therefore, there’s a justified pride that a Croatian brewery is exporting to so many beer nations, from the UK to Germany, France to Australia,” David says.

The Garden Brewery has made more than 80 different beers so far. David says, “I love our milkshake IPA and our sour beers. They’re amazing with food and in hot weather.” The brewery is running an experimental program for developing low-alcohol beers. “IPAs are typically 6-7%; we are producing at around 3%. We call them micro IPAs,” he says.

“There’s a significant and growing shift in many key markets we work in, especially the UK, for lower alcohol levels. People want to drink the same volume but with less alcohol, without compromising the quality or experience, and without feeling bad the next day.”

Influenced by people in the beer world and the wider food industry, David explains that he loves the idea of microbial and gastronomic terroir. “In wine, it’s well understood that the location, climate, altitude and other factors influence how grape varieties behave and the impact on the final wine product.

“It’s not just beer, there is a lifestyle that goes with it.”

“The same is true of the unique microflora of a location; in the water and air, the local ingredients we use, from foraged herbs to Croatian carob and figs,” he says.

“No two beers will taste the same from different breweries. Even if we use the same ingredients, techniques and kit. I don’t think there’s a better part of the gastronomic world to work in right now than craft beer.”

David’s vision for the company is for it to become an internationally respected craft brewery trusted for its innovation, quality and drinkability. He also aims to make its craft beer an essential item at restaurants, further train and develop its production staff and team, and continue expanding locally and in the export market.

Family-run Pivovara Medvedgrad, which opened in 1994, is thought of as a predecessor to the current craft wave. It is recognised as the first mini-brewery and beer hall in Zagreb. “Our values are commitment, passion, creativity, cooperation and partnership as well as a community spirit,” explains Igor Mijić, in charge of Marketing and Sales for the brewery.

“Through each label, we tell a story about that beer, about history, about an urban legend. We want it to be more than just a product in the bottle,” Igor says. “Through the names and creative labels, we express a strong connection with Zagreb – its symbols, culture and urban history. This way, we are creating an emotional connection to Zagreb and authenticity that surrounds it.” 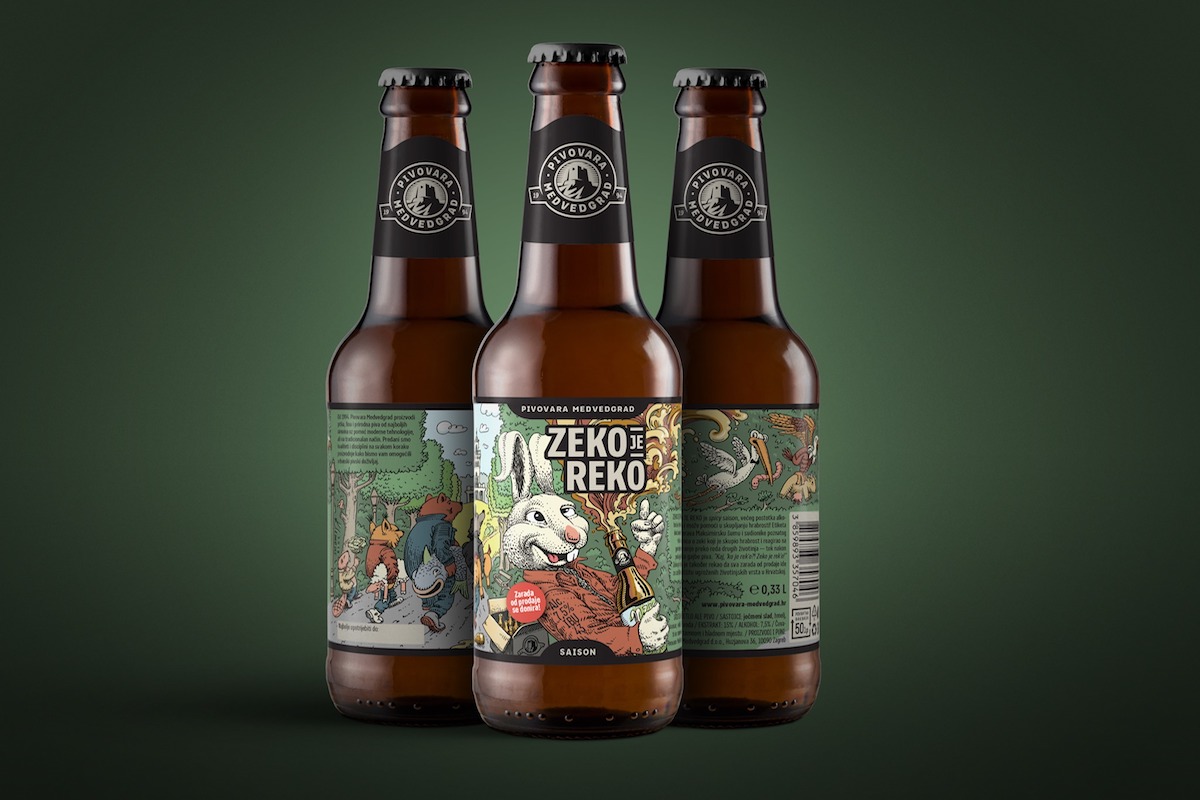 The craft beer revolution started one year after Medvedgrad began to sell beer outside of its pubs. Since then, Igor says, the entire market has been buzzing with new breweries, beer festivals, and media coverage related to craft brewing. “Various companies specialise in craft catering, beer production and the import and distribution of raw materials. To this day, we have around 30% market share in the craft segment,” he says.

Medvedgrad has also started construction on its new and much bigger brewery at another location in Zagreb. The new space is set to meet demand, solve the lack of production capacities and establish new brewing standards.

The movement has opened people’s eyes to new tastes flavours and possibilities. “The craft beer movement in Croatia has brought the beer industry shoulder-to-shoulder with trends and everything that craft represents,” says Igor. “It’s not just beer; there is a lifestyle that goes with it.”