India’s craft and brewpub scene is on the rise 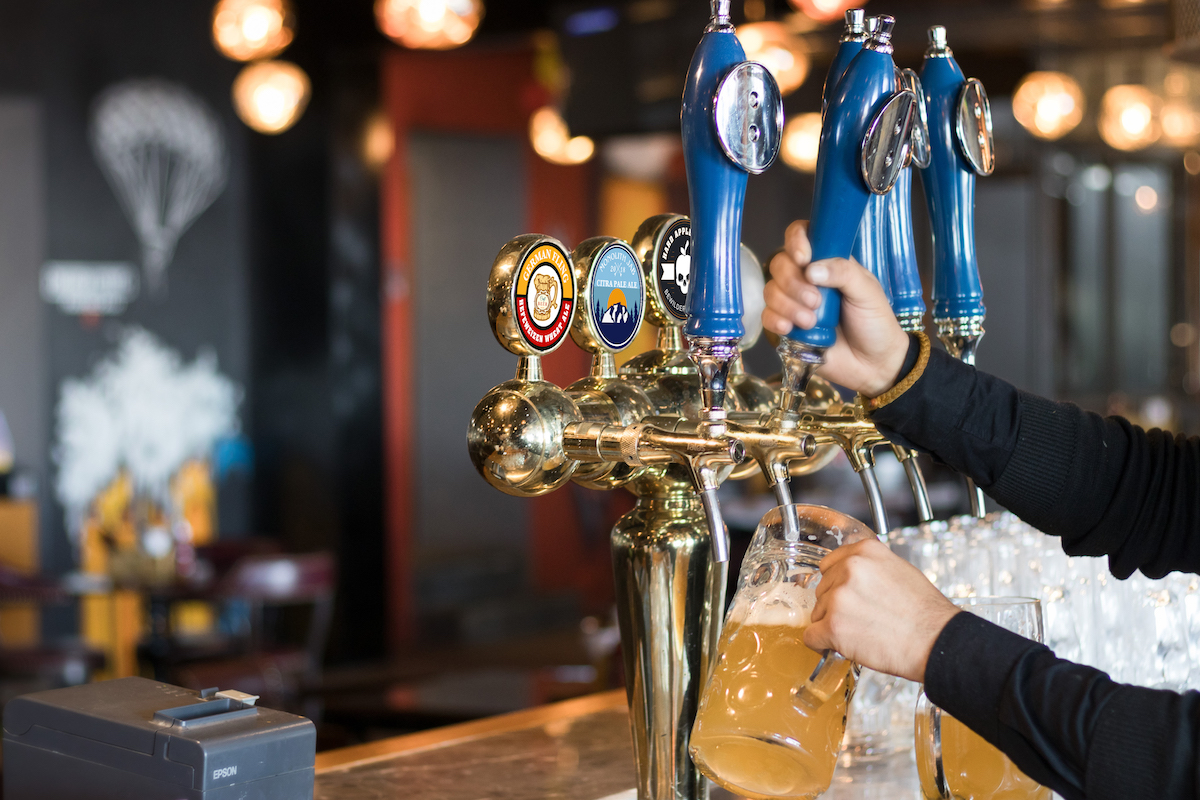 According to market research in November 2019, there is a presence of more than 140 beer brands in the Indian beer market, consumer taste is shifting towards cans and bottles, and big brewery giants are launching craft beers. Slowly but surely, the market is evolving from manufacturing typically strong beers to flavoured, hoppy brews.

Put simply, India’s beer market is in a growth stage. And the winds of change are blowing from overseas; this crafty revolution is owed to the influence of trends in Europe, America and Australia.

Arundeep Singla, Founder and Managing Director of The Brew Estate, is one beer devotee trying to challenge Indian consumers.

“Currently, craft beer is less than 1% of the traditional beer industry in India,” 34-year-old Arundeep states. “This will change over the next few years, especially in cosmopolitan cities as the youth population takes to low-alcohol flavoured beer drinking.”

To keep the youth and beer aficionados happy, traditional players like Kingfisher and ABInBev have started experimenting with craft beer such as wheat beer production. “ABInBev has signed a deal with Taj Hotels to open 15 microbreweries at their premium hotels,” Arundeep says. “The writing on the wall is clear – craft will take away a disproportionate share of the market from traditional beer.” This news is not surprising; the surge of craft beer is evident in all parts of the globe. Arundeep is pleased that India’s time for craft has finally come.

“Beer drinkers in India were saddled with mass-produced local beers for the past several decades,” he says. “Craft beer was a refreshing break from this monotony and monopoly of traditional players. This spurred the rise of brewpubs in India, offering premium artisanal beers with quality food.”

“The craft sector is likely to grow by over 100% in the next two years.”

According to Arundeep , the craft beer movement in India started about a decade ago when several standalone fresh beer outlets in Bangalore, India’s Silicon Valley, began to expand.

“However, the past five years saw an unprecedented rise in the demand for craft beer from the non-metro cities,” he explains. “This is due to the penetration of the internet, the advent of brands like Netflix, exposure to global lifestyle and drinking trends.” The preference for low-alcohol content beers has also gained momentum.

Arundeep says, traditionally, Indian consumers leaned more towards strong-tasting beer or heavy spirits such as whisky. But with the beverage industry slow to respond to consumer needs for innovation, they began looking elsewhere. And in 2016, seeing this gap, Arundeep started The Brew Estate in Chandigarh, one of the flourishing and metropolitan regions of northern India. Influenced by the brewpub culture during his postgraduation studies in Australia, Arundeep wanted to recreate the concept in his hometown. The Brew Estate rapidly scaled to seven outlets in neighbouring cities.

“Low-alcohol artisanal beers combined with great food, ambience and music are a winning formula to attract the upwardly mobile and young urban crowd.”

“The Brew Estate is India’s largest microbrewery network,” he gushes, but quickly adds that customers play a huge role in the growth and success of the brand. “With the constant feedback, we have been able to grow,” he says.

Arundeep also attributes the success to the brewery’s use of high-quality ingredients, which are sourced from the UK and Germany. “Regional and seasonal ingredients such as mango, kiwi and lychee fruits provide further elbow room to innovate on beer flavours.”

Arundeep says the brewery’s most popular beer is The Brew Estate No. 1, a lager-style beer. “This beer is known for its full-bodied, malty flavour and crisp bitterness.”

Craft beer has not only evolved consumers’ tastebuds, but it has also created a new revenue segment for the state government. Arundeep states that the craft sector is likely to grow by more than 100% in the next two years.

“Low-alcohol artisanal beers combined with great food, ambience and music are a winning formula to attract the upwardly mobile and young urban crowd,” he says. “This keeps the footfalls high through the day and higher in the evenings when people want a relaxed evening out.” Looking at a bigger picture, Arundeep says his goal is to continue providing consistent premium experiences to customers and also to create jobs. “We want to hire local hospitality talent and groom them to match international standards,” he explains.

“We will continue to innovate with food, ambience and beer flavour,” he adds. The Brew Estate continues to attentively follow major craft beer brands across the world including the UK’s Brew Dog to carve out a niche in this sunrise industry in India.

Arundeep has big dreams for The Brew Estate, and an unquestionable passion. But operating a business in a reasonably new sector in India brings with it two significant challenges: the restrictive regulatory policies and real estate.

“Investors are wary of putting their money behind a sector where government policies are stifling for growth and ever-changing to suit its interests,” he explains. “At another level, the definition of craft beer and cap on volumes remains ambiguous, which is pushing craft beer brands over the edge to produce more.

“This defies the concept of craft almost dangerously as it’s pushing it into the mass beer realm. The industry is just rising to take shape,” Arundeep stresses.

“These issues need to be addressed on priority to ensure that all stakeholders gain from the craft beer revolution that’s sweeping the country.”

Read next: There’s a craft beer revolution happening in Croatia